5 things that make Power Ball worth $165 a ticket

Last night's Power Ball, a fundraiser for the Power Plant, saw the crĂ¨me de la canvas come out to play. Those who've never been have probably thought: "Why go?" Here's why.

1. Marc Thuet and his culinary excess
I miss Conviction. Or, maybe, I miss Marc Thuet? I worked closely with him on food editorials for almost a year (in my past life), and if there's one thing I've learned from the celeb chef it's that he knows his shit, and he doesn't put up with bullshit. Except for last night. Thuet, in all his innovative and fusion-y ridiculousness, roasted a 750-pound bull right in front of the Power Plant gallery, for all to see and savor, overlooking the water. Once you get past the whole Lord of The Flies vibe, it was magnificent to see something other than mini-quiches floating around. Instead, quesadillas and mini-sandwiches were made on the spot, and - because they were gone in a flash - to order. There was also braised heritage pork belly and yearling beef, but when it's that good (or you're that drunk) who can tell the difference? 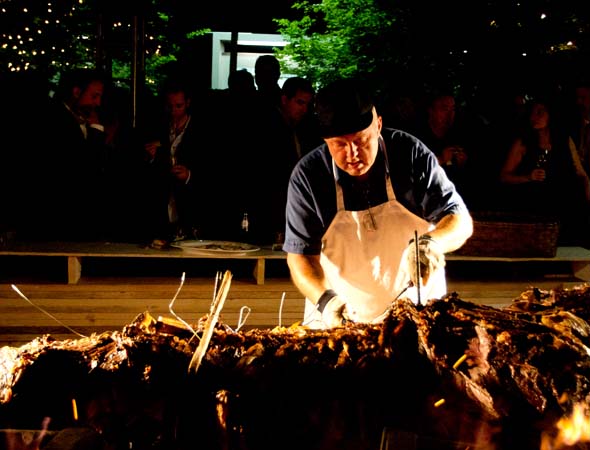 2. The people
There are fashion parties. There are art parties. Yes, many people are usually at both. But something like this, where 1,700 people come together for one big art-in, produces a vibrant hue so missing in most of Toronto's social functions. Part Rosedale elites, part downtown girls in sequins, part west-end boys in cut-off jean jackets (like me), the Power Ball brings together just about anyone interested in art for an excuse to party around it, disguised cleverly as a fundraiser (Kidding - it really is one). Blogger and total babe Anita Clarke in a Mark Fast catsuit had all the shy art boys asking, "Who's that girl?" and a handful of ladies gave us an impromptu Jeremy Laing runway show (no duplicates I saw - phew!). There was no shortage of feathers and headdresses either, or grown men in be-jewelled face make-up. I'll have another helping of all of these things, please. 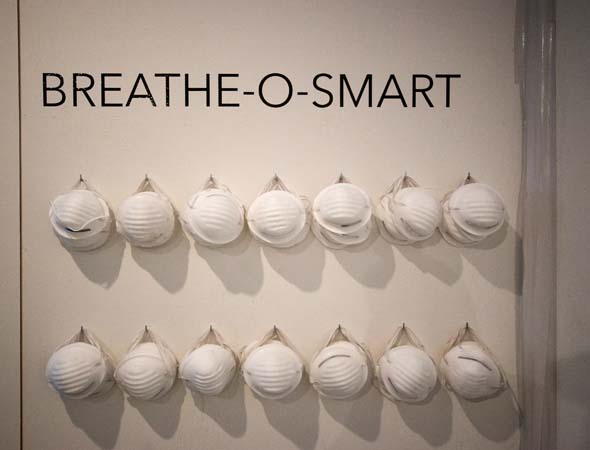 3. The Art, hello!
Guys, this is a fundraiser first and foremost. For art. For Canadian art, too. That should be enough to make you want to buy your ticket, but, hey, I know you need your reasons. Gallery spaces at Power Plant were curated by a mish-mash of artists that brought equal parts irony/equal parts visual candy. This year, Brazilian artist group avaf, and a haunted mess hall by Laura Kikauka were main attractions. Sponsor HUGO BOSS also didn't skip a beat with its fashion installation, you know, just because it could. Earlier in the evening, for the very-very VIP crowd, New York artist Karen Azoulay also presented a tableau piece called The Paper Moons of Jupiter, where performers interacted with a "glittering, galactic, lunar stage set." See a decent picture here, because I missed it. 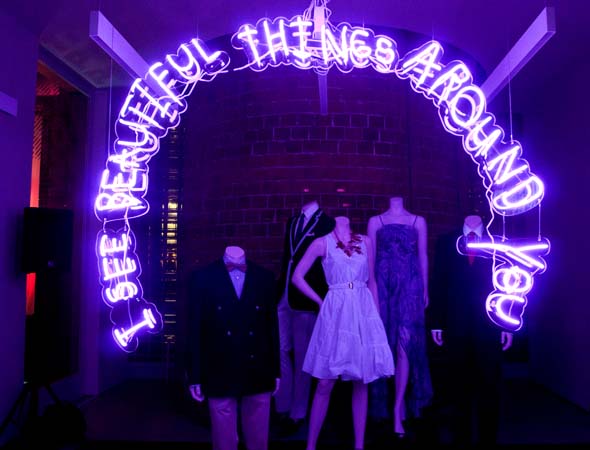 4. Jeff Stober is still alive, still looking good and still running this town
Art collector, globetrotter and (my) former boss Jeff Stober stepped out with his party posse last night to rule the school. Too fly in white, everyone flocked to the king of Queen West: When will the Drake expansion happen? More pop-up restos? Another city? With a select team of his communications and 1150 Queen West bosses in tow, Stober was a bit camera shy. But do you need proof he was there? Nah. He's all over the event: entertainment was handled by Drakers, and featured spins by regulars Members_Only and Jaime Sin.

5. The Tweets
What would a party be these days without a Twitter chorus? Sure, tweets make you jealous or envious or hate yourself for missing it, but they design it that way. Here's how the night breaks down, in five tweets:

Have to say the food tonight at #PowerBall was unreal. Marc Thuet always brings gold to galas.less than a minute ago via Echofon

Thats a gagal of gagas RT @jeffreyremedios: Have to say, there's four or five Lady Gaga's here. #Powerballless than a minute ago via HootSuite

FYI @beccalemire and I just had our feet photographed. #powerballless than a minute ago via Twitterrific

Turns out gingham is also the straight ladies kryptonite. #powerballless than a minute ago via Echofon

My first #powerball will be hard to top. Seriously. Especially with #conairpowerhair preceding it. Now time to cuddle with my cat.less than a minute ago via web 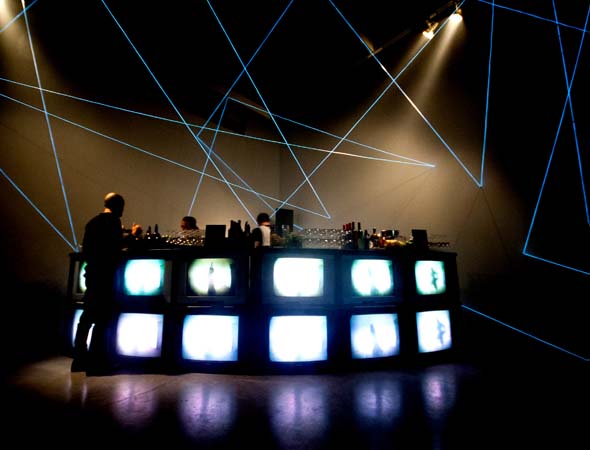 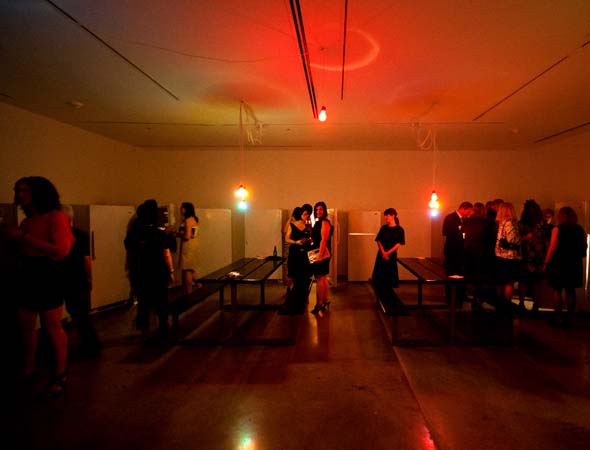 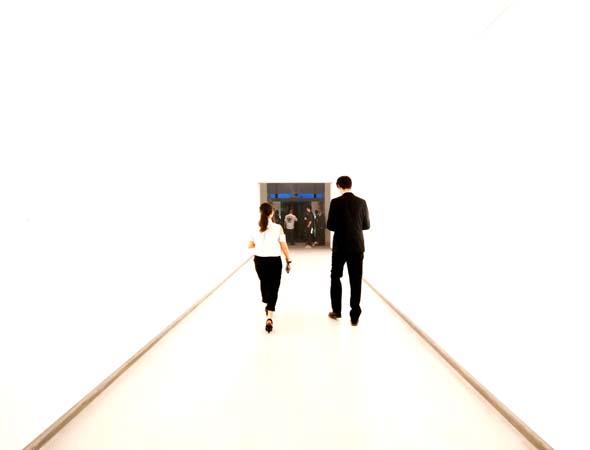 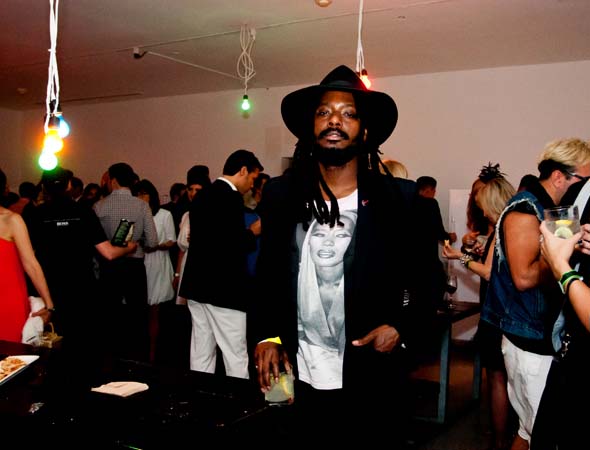 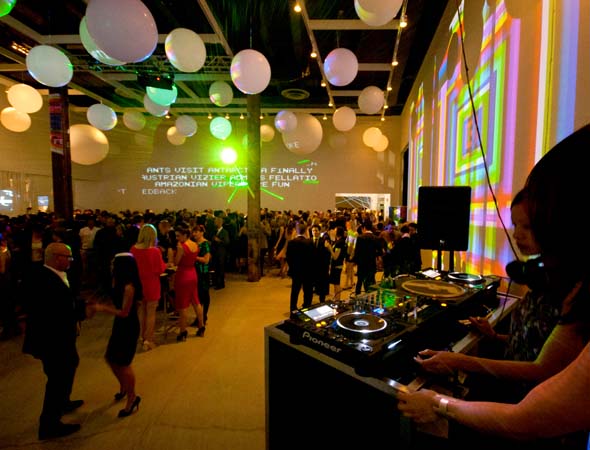 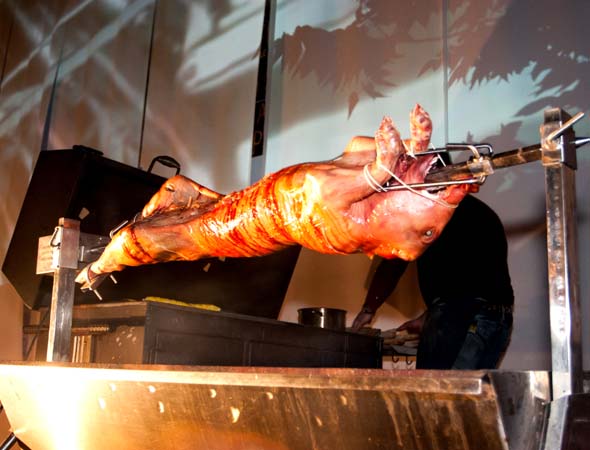