How cool are these Toronto map coasters?

At this point, I think we could have separate category for "interesting maps of Toronto." As a series of somewhat recent posts have demonstrated, there's a surprisingly good selection of off-beat and unique cartographic representations of Toronto -- from word clouds to art installations -- and the discoveries just keep coming. The latest installment? "I Kinda Like it Here" Toronto map coasters.

The handiwork of the Toronto-based National Design Collective, the coasters are fashioned out of birch plywood and use a laser cutting process to produce an outline of the city. Well, at least part of the city. I would suspect that this is the result of pragmatic rather than political considerations -- they are, after all, made to accommodate a glass -- but the area of the city represented on the coasters isn't exactly what one would call Rob Ford country. 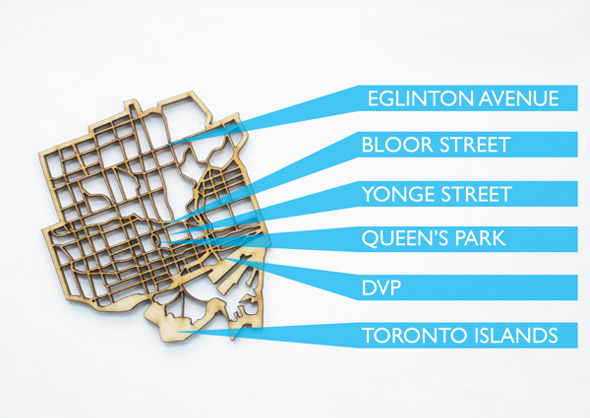 Stretching from the Junction in the west to Leslieville in the east and what appears to be Lawrence Avenue at the northern end, the map covers an area pretty close to pre-amalgamation Toronto. And that probably makes a lot of sense anyway, as people who get excited about fancy map-coasters are invariably bike-riding, pinko, kooks, right?

Just kidding. In all seriousness, I think these will have a pretty wide appeal, and I'd be happy to offer them as a gift to those on my list who occupy the $25 range. They just seem so much more thoughtful than a bottle of wine, which is my usual go-to. Offered in a set of four at 15" x 4" each coaster is about 3" across. The exact price is $26, and they can be purchased direct from the National Design Collective or 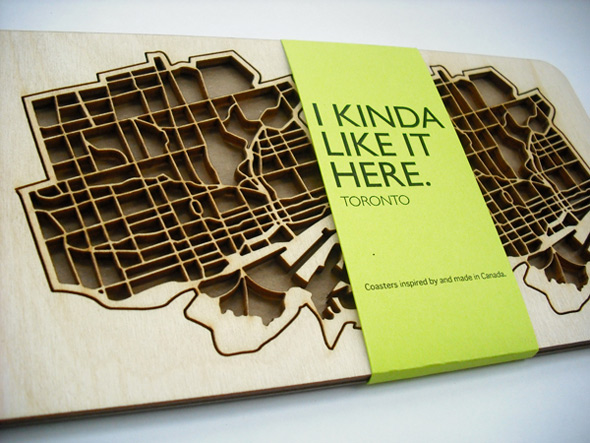 Russet and Empire in the Junction.