The Brits invade The Bay

The British are coming! The British are coming! Well, they came, anyway. The Bay threw God Save the Queen the other night, a party in The Room to celebrate young, hot Brit-based talent, including Jonathan Saunders, Charlotte Olympia Dellal, Nicholas Kirkwood, Giles Deacon, and Marios Schwab, plus Canada's own Erdem Moralioglu and Mark Fast. 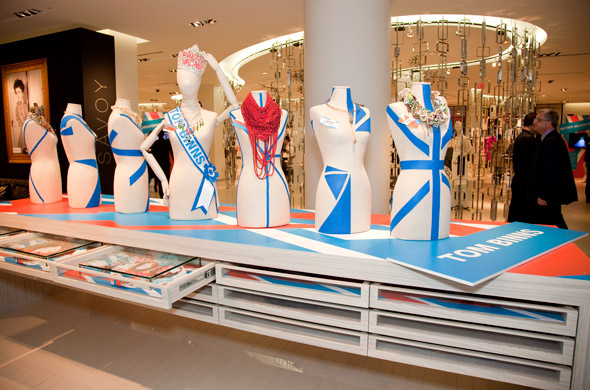 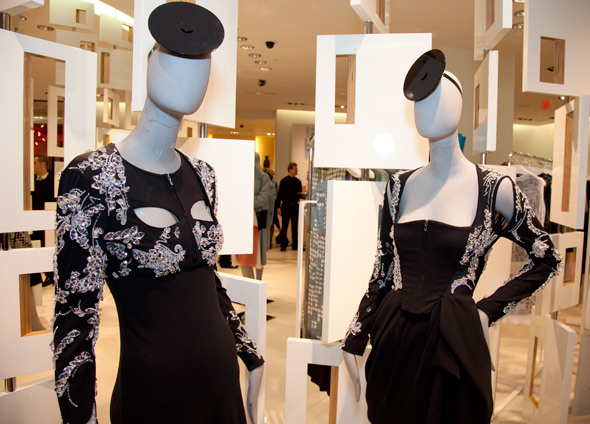 The Brits being heralded several years ago by Vogue et al as the next big thing (Saunders, Deacon, and Kirkwood) are still around, thankfully, and flourishing, along with their newer compatriots (Dellal, Fast). 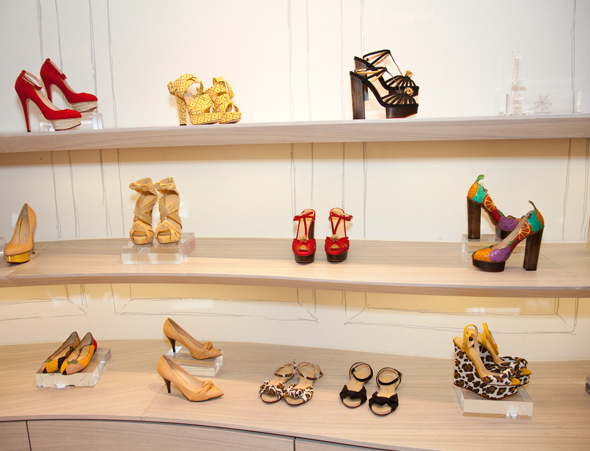 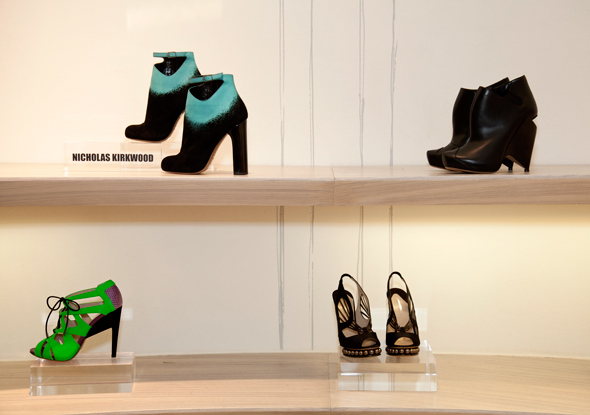 I was especially excited to meet Ms. Dellal, she of the impeccable style, current Vogue It Girl, and shoe designer extraordinaire. She wore an exquisite floor-length Malene Birger gown and spent much of her time straightening her shoe display, describing herself as a control freak with a self-deprecating giggle. 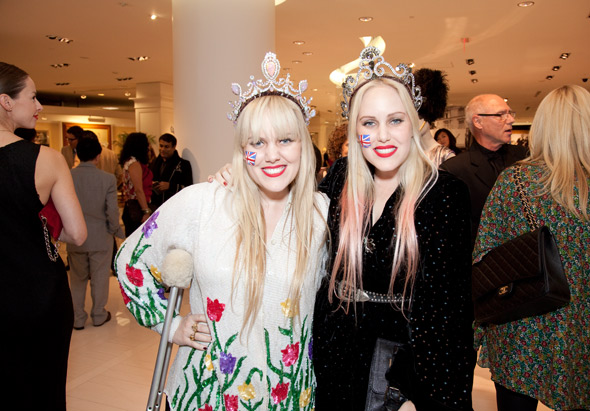 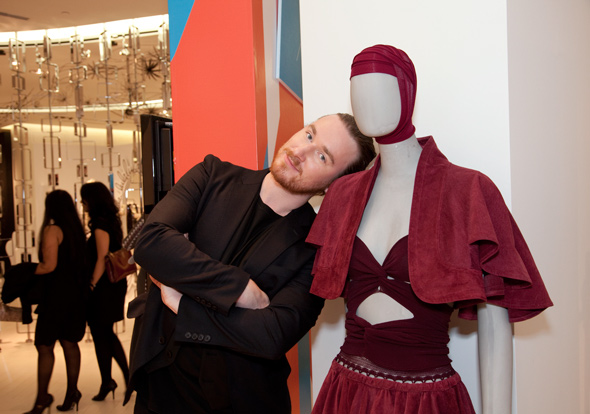 Kirkwood, another titan of the new-shoe revolution of the last few years, was surprisingly shy for someone who makes such dramatic, sexy shoes. Both were delightfully down-to-earth for designers shaking up the shoe world so. 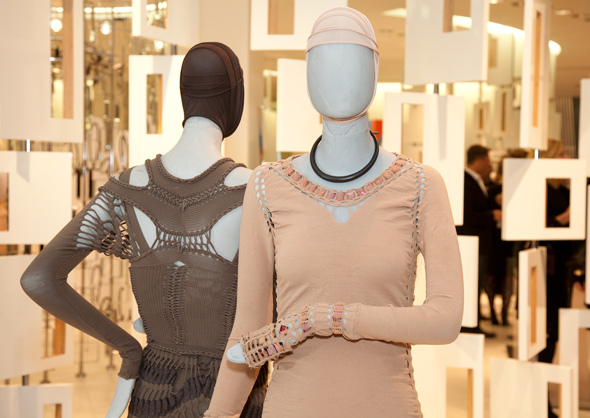 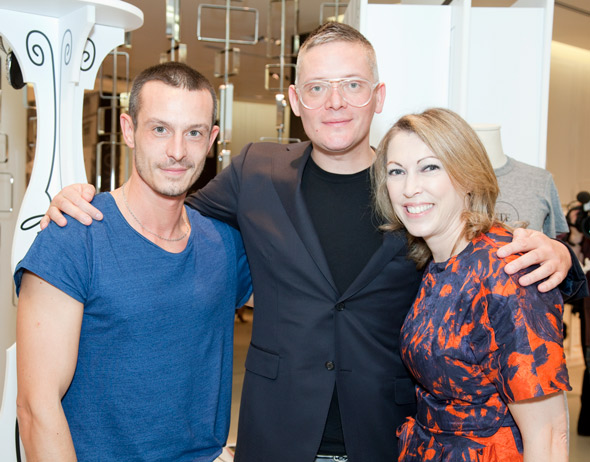 Other nice style moments included spotting a full-on Mark Fast catsuit with more slashes than fabric (it's always nice to catch Fast as well, what with his perpetually Zen smile and rakish pony), feathers aplenty on both a chartreuse bow and red ones trimming a skirt, and seeing the former enfants terrible Saunders and Deacon engrossed in conversation.

On the cusp of a week celebrating homegrown talent, it's always nice to get a little inspiration from our overseas friends, too. Cheers! 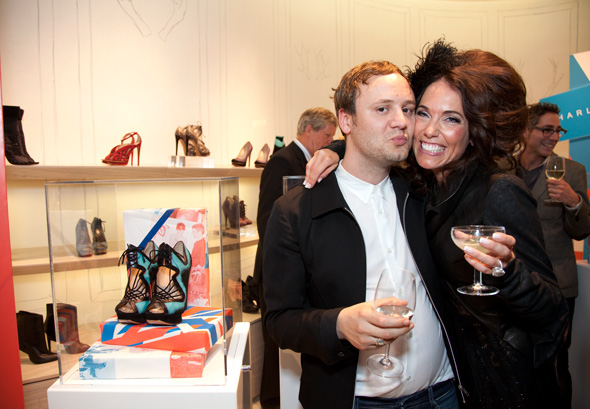 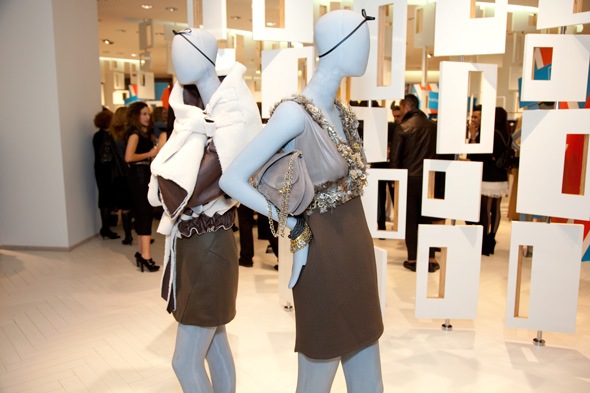 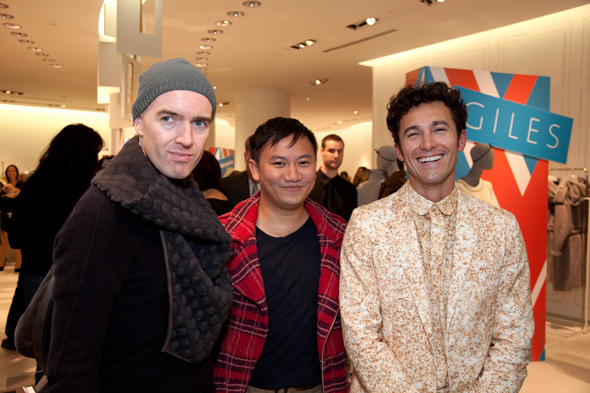