Alternative means everything at FAT 2010

In the illustrious words of Liz Lemon and fellow fashion writer Briony Smith, "shut it down!" As I mentioned earlier in the week, "alternative" is hard to define - it can mean anything, but therein lies the problem. Anything can sometimes mean everything and in fashion, that can translate to bad, awful and just plain nasty.

Designers need to edit their vision. In any creative field, there are moments where you feel that by just adding one more plot line, piece of fabric or glob of icing, that it will somehow make the end product that much better. FAT has shown me that this does not always work out in the best possible way - translation: it is okay to tone it down.

FAT has been an eye opening experience - so much lovely design from young up and comers who want to show me something I have never seen before. Unfortunately, I have seen breasts before, yet for some reason, Pink Lady Fashion decided that models needed to walk the runway with shredded accessories (and nothing more) - the whole collection was clearly an ode to some kind of 80s nostalgia, but the shredded 'necklace' looked unfinished and D.I.Y. Turns out, I needed to see it twice, because the first time I didn't understand the complexities of its design. 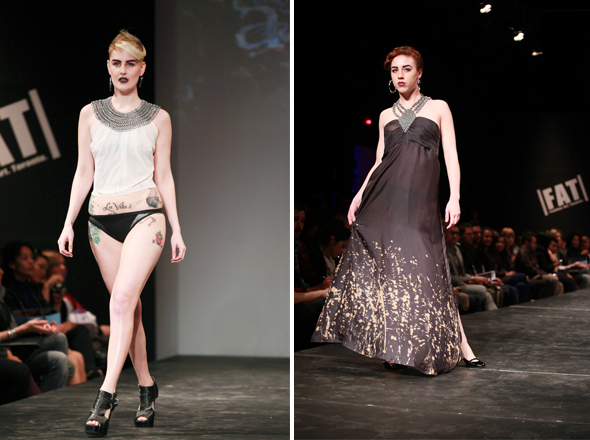 Even if there was coverage, the entire collection read like a long drawn own viewing of Class of 1984 - a casual oversized cotton tee was pierced with earrings, which didn't look edgy in the least. It was the kind of bargain find someone would expect from Sirens - a casualty of fashion by most standards. 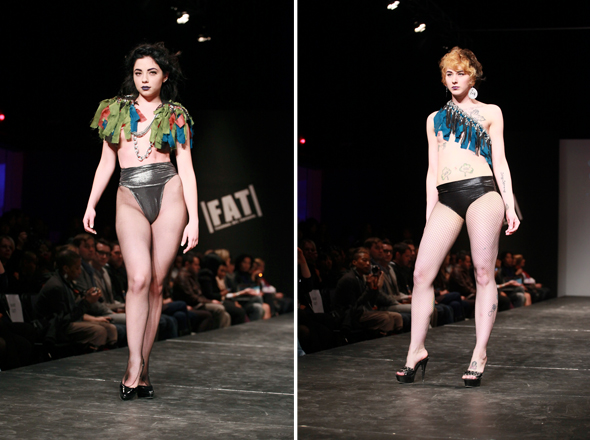 I have brought this up, not to be a buzz kill, but to discuss "alternative." The word itself is mocked, or people worry about its connotations and it is design like this that keeps people from experimentation. Sure, there are some people who are perfectly comfortable in khakis and golf shirts, but a lot of what serves as "alternative" to people who do not work in fashion (or follow it) are the decade essentials of their parents or what they see in movies and television - niches like Goth, Punk, etc... 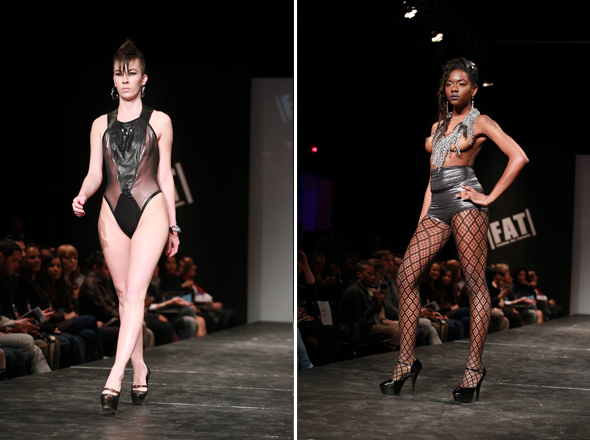 None of these niches or subcultures are bad, but given the theatricality of television and movies, these images of fashion are distorted to a point where some people dare not choose spike detailing over a sensible cashmere jumper. Pink Lady Fashion pushed beyond what any person (in fashion or not) would wear - not because it was too alternative, but because it was just bad. 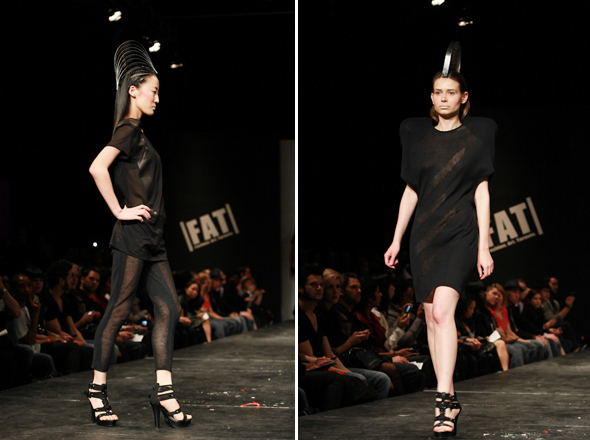 As alternative fashion grows and names like Heidi Ackerman (above) garner attention, Canada will have designers that everyone will want to wear - or at the very least, bring options that don't scare women into a Talbot's sweater set.

As far as alternative goes - mix it up. Wear what makes you feel good - there are options outside of goth garb and poorly made clothing. Canada isn't the small fashion market it used to be.