For some people, an engagement ring is the ultimate symbol of committed love. But what if that symbol comes with attachments to environmental destruction and unfair working practices? Toronto jewellers like the Fair Trade Jewellery Co. are increasingly providing options for people who want their rocks and metal to be as ethically clean as possible.

The 2006 film Blood Diamond helped push the issue of ethical concerns about the diamond trade into the mainstream, but there are a myriad of reasons why a customer might want to investigate the background of the jewellery they plan to purchase. 130 million carats of diamonds are mined every year -- $9 billion U.S. dollars worth -- and nearly half of diamonds are mined in central and southern Africa.

Some of these areas have a history of conflict and the use of child labour, which led to the Kimberley Process, an industry and government initiative that works to keep war-financing "conflict diamonds" out of the global supply. Gold and platinum mining can be dangerous, dirty work for miners, particularly when they are working below ground and using mercury to separate the precious metals from others that may be mixed in. 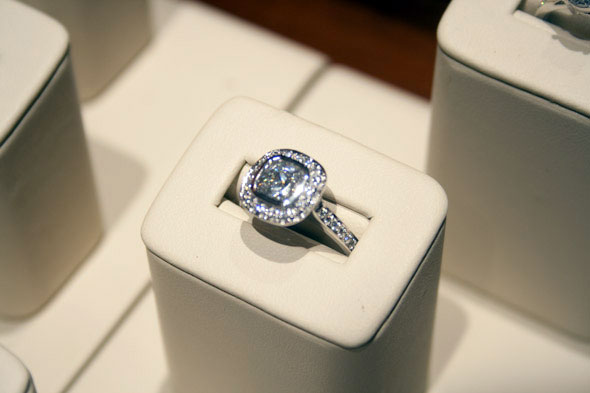 Though he opened his Cabbagetown storefront and workshop just last year, Ryan Taylor of Fair Trade Jewellery Co. has been working on a plan for ethically-sourced fine jewellery since 2006, while studying at George Brown College. "I started questioning why I was doing what I was doing," Taylor said.

He decided that instead of pursuing certifications in providing fair-trade jewellery -- a time-consuming and expensive process -- he'd do the legwork to build his own supply chain. "The whole idea of doing this was to do it outside of formal certification by working with established partnerships."

FTJCo works with the Fundacion Amigos Del Choco (AmiChoco), which sponsors sustainable mining factories in peasant communities doing small-scale mining in the Choco rainforest in Columbia. The "Oro Verde" gold the Choco residents produce with the help of AmiChoco can be traced right down to the specific person who mined it, and is extracted by surface mining, without the use of heavy machinery or mercury. The profits from AmiChoco gold are reinvested in the people and communities that mined it. 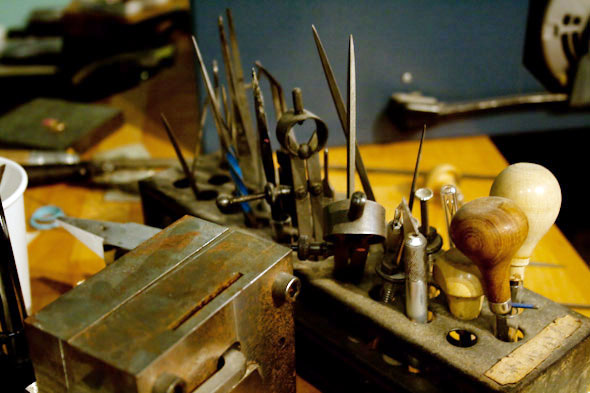 The diamonds used in Taylor's custom-made engagement and wedding rings are all certified as Canadian. Part of the motivation for that is the wish to support Canadian industries, Taylor explained, but it also means that the stones were mined in Canada's Arctic, under the country's environmental regulations and free of child labour or conflict. FTJCo also offers recycled metals certified by Scientific Certification Systems as a lower-cost alternative, and will also work with stones and metals from existing rings, such as a family piece.

Other Toronto jewellery retailers also offer alternatives for customers with environmental and ethical concerns. Sarah Wan of The Devil's Workshop recommends that her clients buy antique diamonds, both for their unique cuts and good value and the fact that they don't need to be newly mined and processed. Some customers have also used lab-grown diamonds in her designs. She buys metals from Imperial Smelting and Refining in Markham, where the gold is over 50% recycled content, and has also recycled gold from existing jewellery to use in new designs.

Wan thinks the interest in alternatives to the standard options for metals and stones will increase as people's awareness grows. "They want their piece of jewellery that they're going to wear forever to come from a good place," she said, "not to have bad feelings."

Made You Look gets questions from some customers about the environmental footprint of its merchandise, and the store stocks jewellery by Shoshana Farber, who works with lab-grown stones and silver and gold made by recycling reclaimed metals, said owner Sarah Hamel. Their other designers operate under guidelines like the Kimberly Process, a requirement for the dealers Made You Look works with. "You can't get away with doing things under the bar," Hamel said. 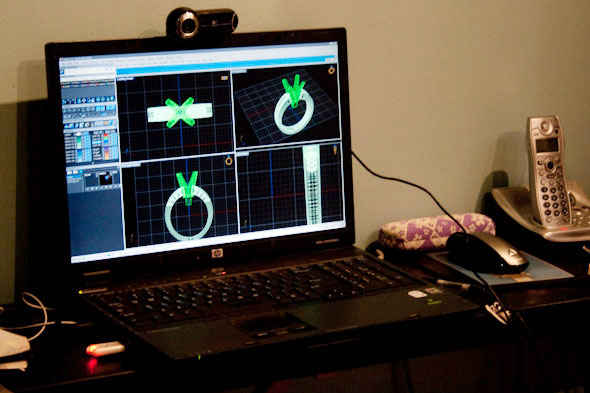 And all the jewellery Taylor produces in his Parliament Street atelier is made-to-order, and therefore customized to the buyer's specifications. "It's still fine jewellery," he explained, "but because we're buying at a higher price, we have to build in value somewhere."

Sourcing materials like gold and diamonds so transparently can come at a higher financial cost for the customer, though. Wan estimates that half the customers who come into The Devil's Workshop interested in Canadian diamonds or other alternatives end up going with a conventional stone, because of the lower cost.

But for all his commitment to the fair trade cause, Taylor is less than thrilled with his company's moniker -- he wishes that it weren't necessary to point out that his jewellery is fair-trade in order to distinguish it from so many other options that are not. "It's wrong that this is a competitive advantage," he said. "It shouldn't be the exception, it should be the rule."

Taylor hopes that the work FTJCo has done in searching out ways to make jewellery with precious stones and metals that come from sources he's comfortable with can help other jewellers, and will grow to include a wider network of international partners. He and director Michael Penney recently released a documentary, After The Gold Rush, filmed during a visit Taylor made to Choco mining communities in Columbia, which he hopes will help with education about their work. He's not interested in acheiving a standard of "kumbaya certification," he explained, but rather a reinvestment of what he's learned to others in the industry and in the communities he gets gold and platinum from. Tiffany and Co. and Cartier are two major jewellers who are working with NGOs to make positive changes in their industry, Taylor said, and he considers them models for what he wants to do on a smaller scale with FTJCo. "Anybody can do this, so why not?"