The Castlefield Design District is a furniture and interior design lover’s dream.

Set in an industrial area northwest of Dufferin Street and Eglinton Avenue, this series of intersections is home to a bevy of stores catering to industry professionals looking for pieces to jazz up Toronto homes. 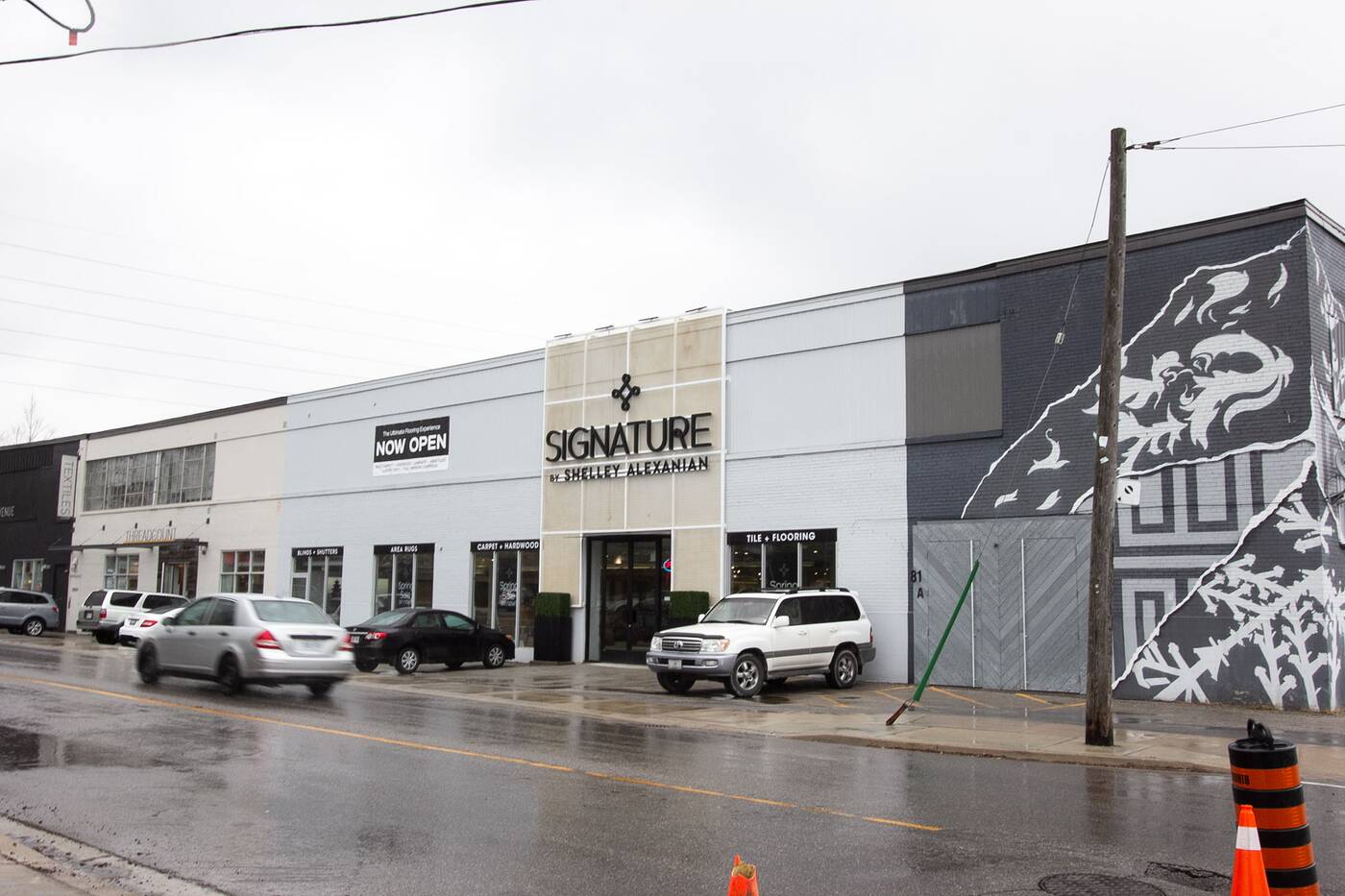 Castlefield Design District is home to a large concentration of furniture and design stores.

What used to be the epicentre for construction workers and developers is now a neighbourhood shared by the types of professionals who hunt for live-edge wooden tables and carpets from India.

"When we arrived in the area this really wasn't known as a designer area," says Andrew Metrick of Elte, the century-old family-owned design empire. 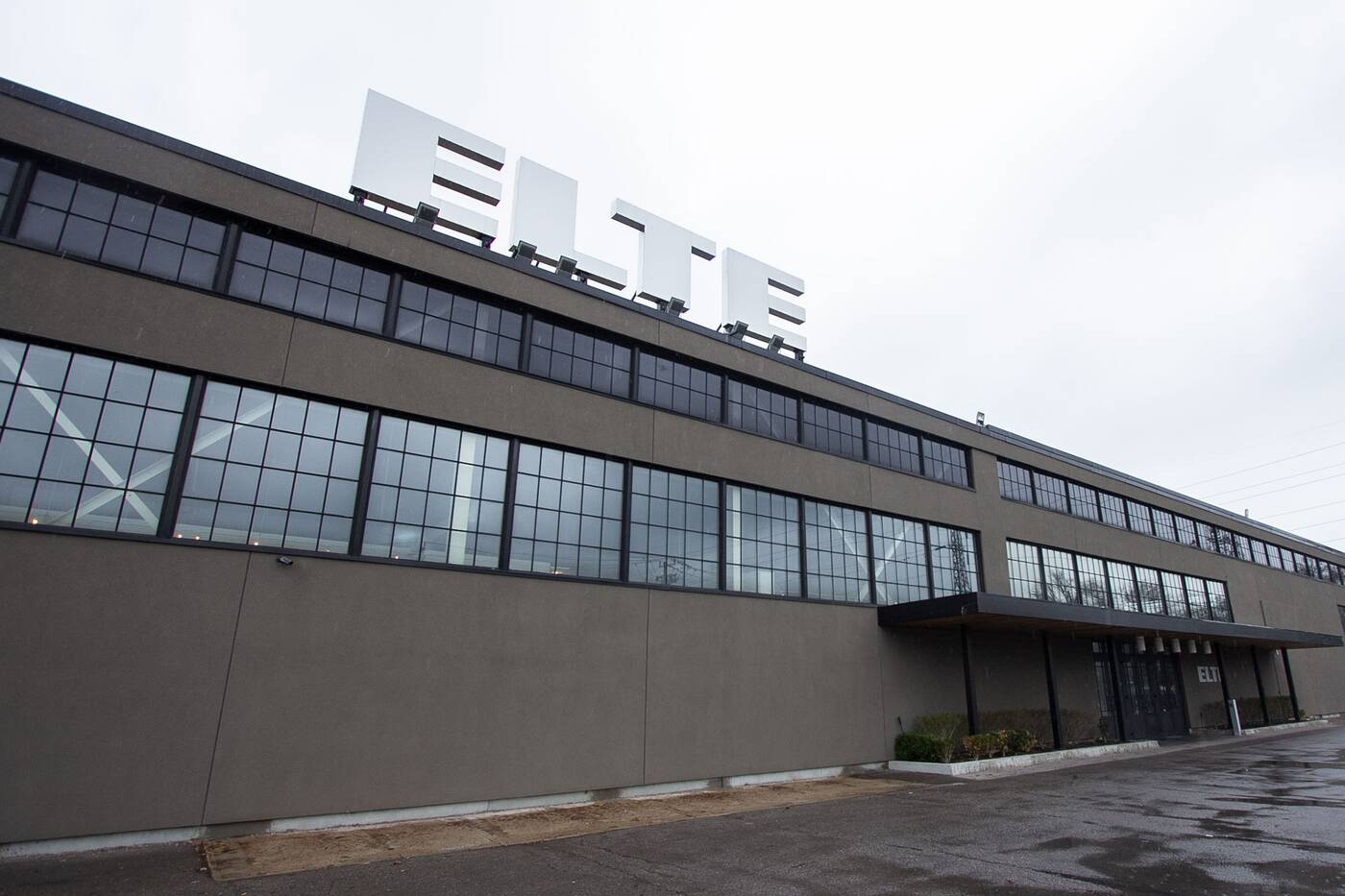 Elte is the furniture and design mecca for industry professionals.

Landing in Castlefield around 30 years ago, Elte moved from its previous Cherry Street location to take over a 100,000 square-foot old warehouse on Ronald Avenue, marking one of the first luxury furniture stores in Castlefield.

"The reason why we sought out the area was we were looking to expand," says Metrick. "Quite simply, downtown wasn't the place for that." 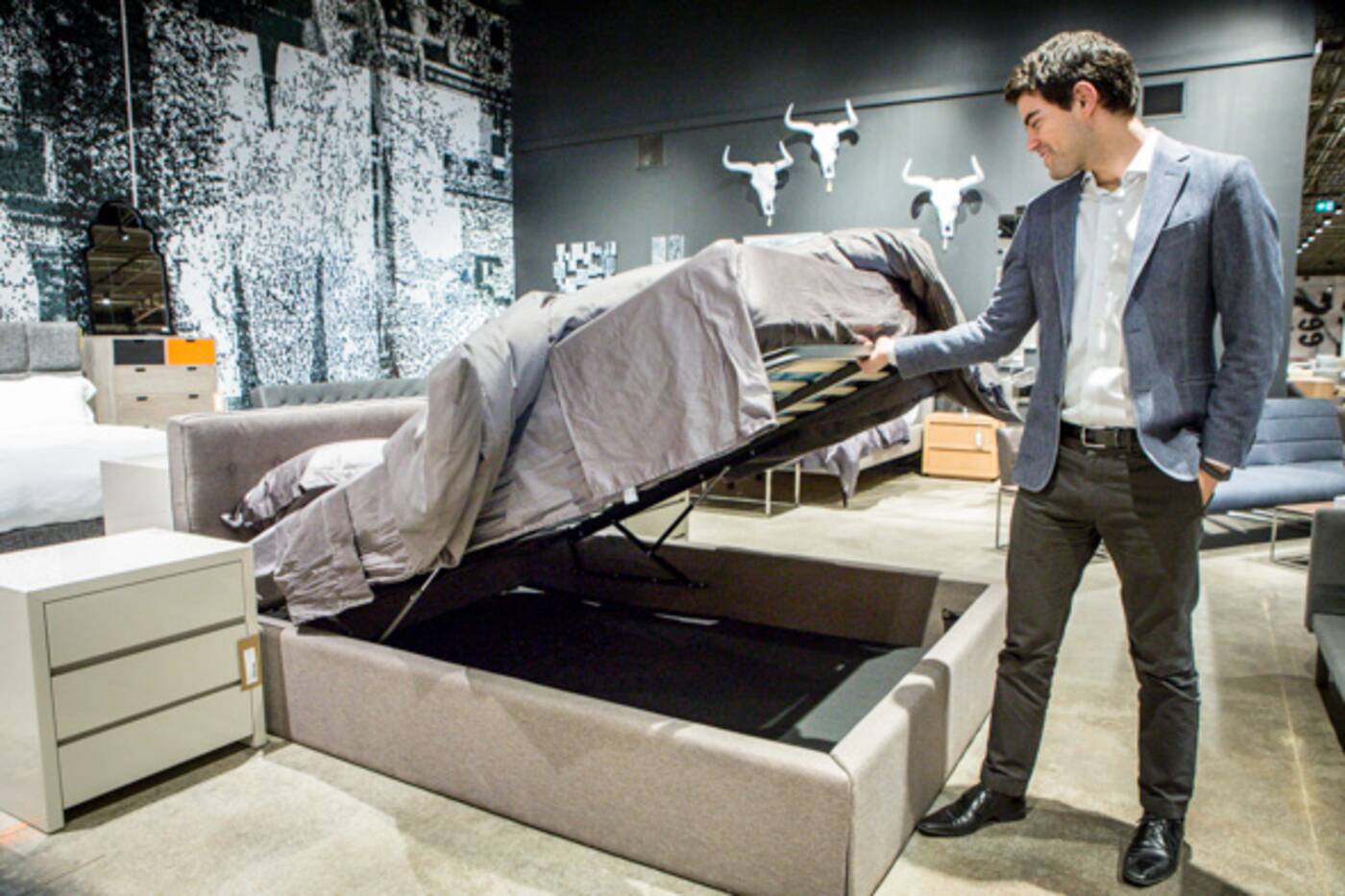 Andrew Metrick and his brother Jamie opened Elte Market in Castlefield in 2014. Photo by Jesse Milns.

Removed from the core, Castlefield's predominantly manufacture-proofed buildings are cheaper and larger than available storefronts in more subway-friendly areas like King East or the Junction.

The warehouse-heavy area has allowed Elte to grow from a single-store operation to offshoots including Elte Market, Gingers (located in a former tea manufacturing warehouse), and an outlet store, all within a 15-minute walk of one another. 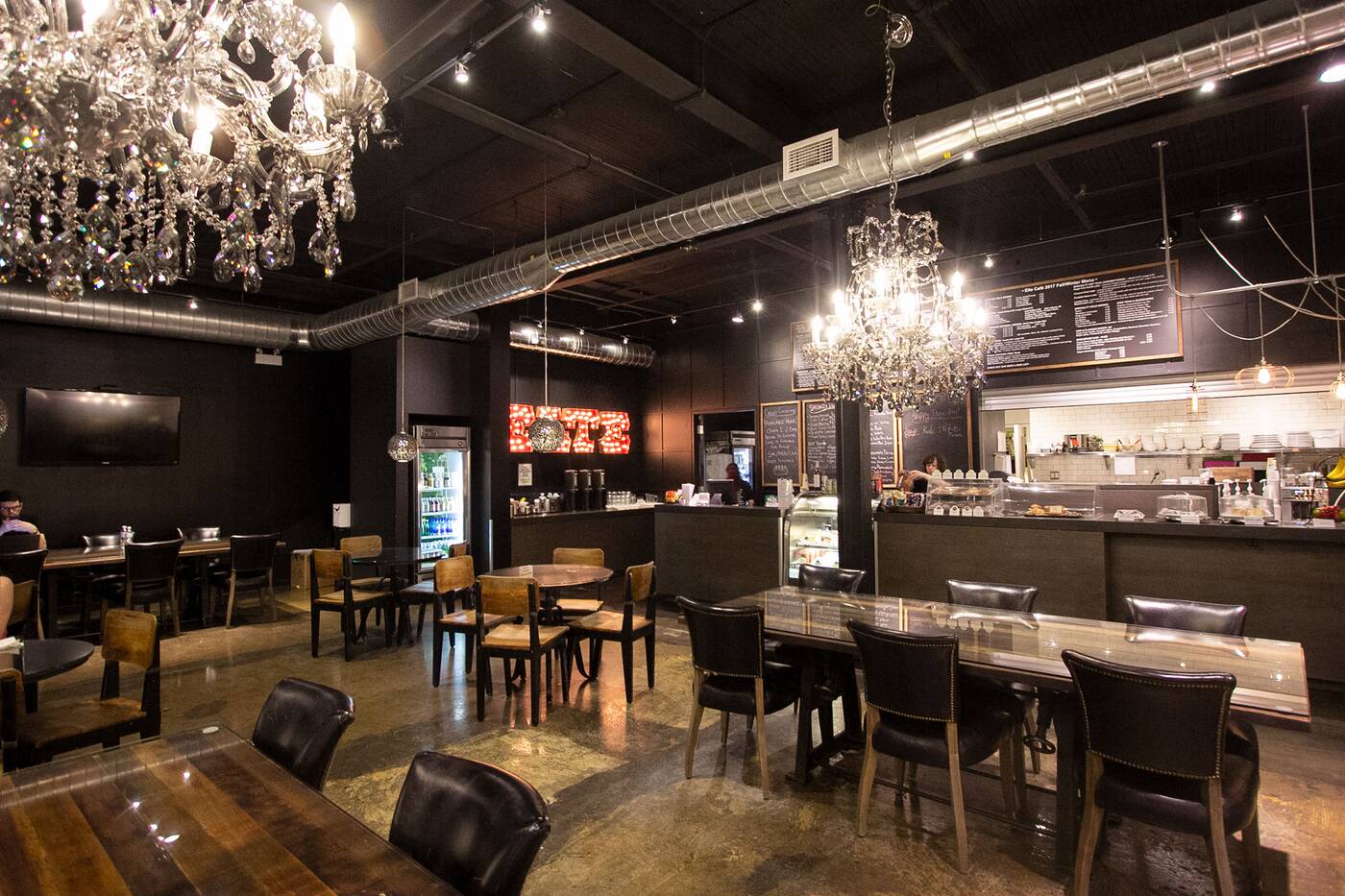 The cafe inside Elte offers a salads, daily baked muffins, and a place for designers to meet with clients.

Today the Castlefield Design District continues to grow. Metrick says he gets phone calls from other design stores inquiring about moving into the area, and suggests there are some "very big names" positioned to move in to the area in near future.

Moving from the Junction four years, vintage store Metropolis Living has also benefited from the spacial flexibility that Castlefield affords.

Once located across from Elte, the vintage furniture store moved to a spot on Milford Street better suited for custom furniture-making two years ago. Now the store has moved again: just one unit over at 37 Milford, to a high-ceilinged warehouse.

Formerly where ParkLinks manufactured its parking meters, the space is equipped with enough room for events and workshops which allow the 14-year old brand new opportunities for revenue. 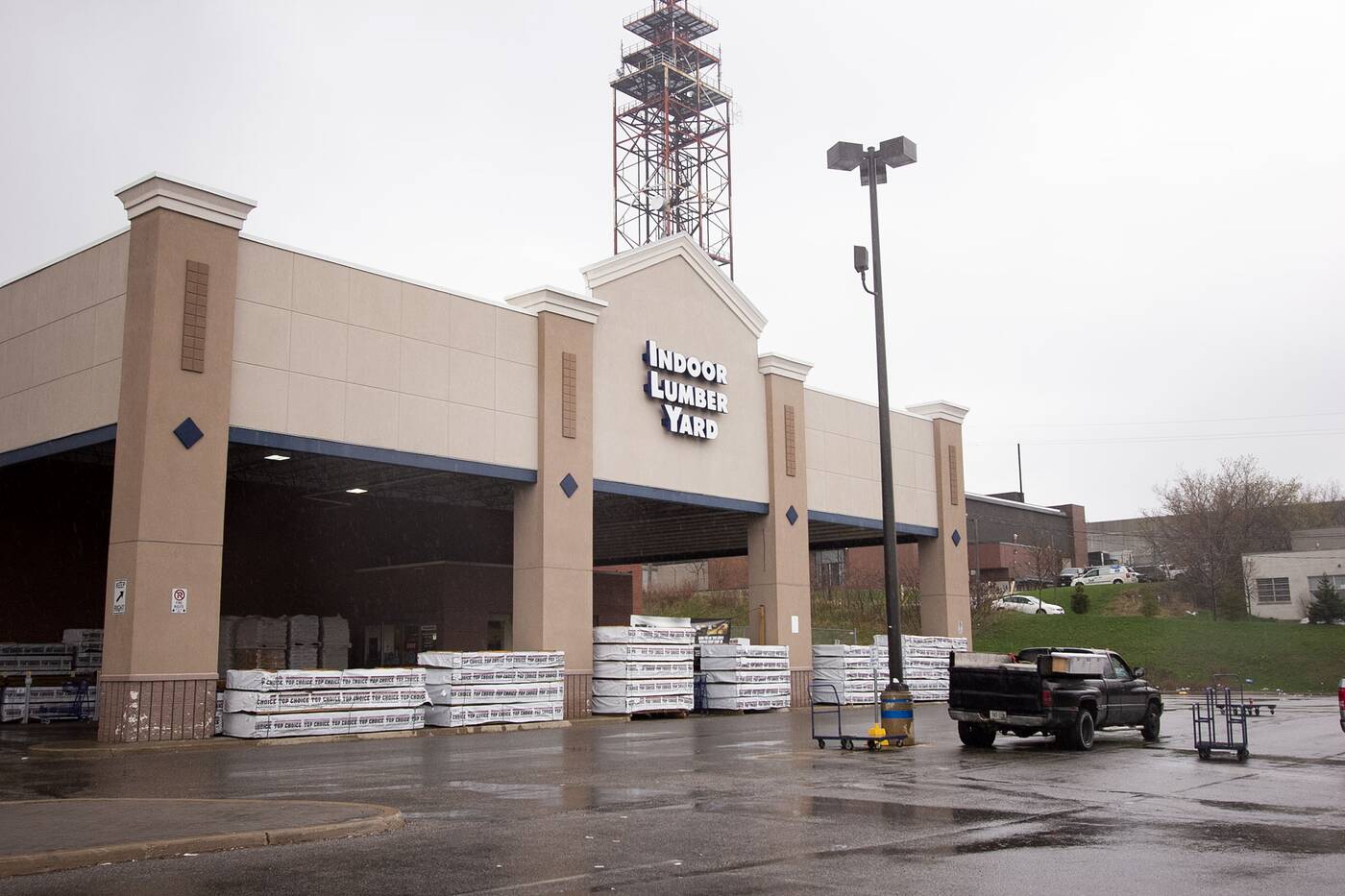 "There's a cachet to it, so people think it's funky to go exploring in the area," she says. 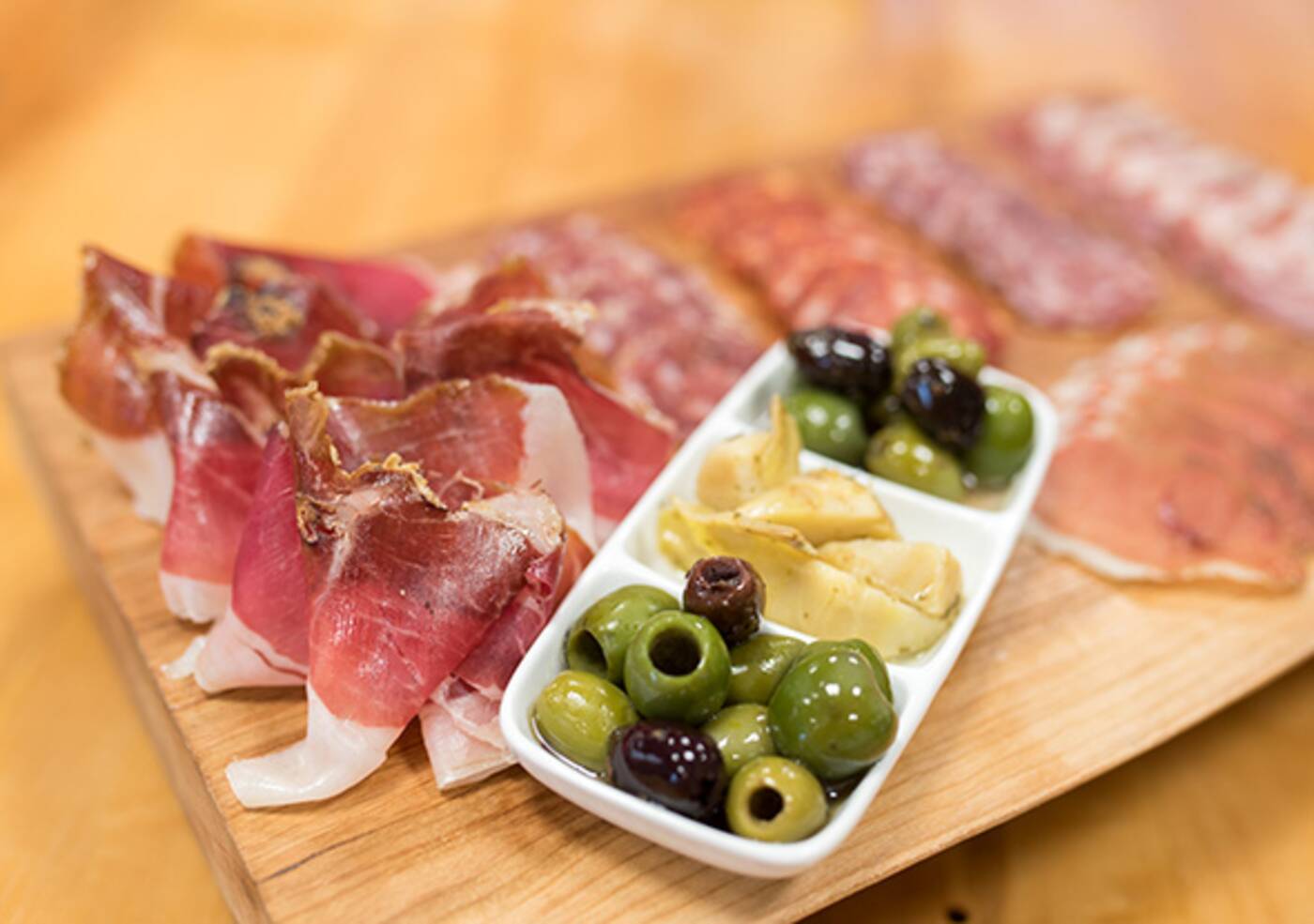 Over the years, Castlefield has evolved into a visitor-friendlier neighbourhood than before. Just down the street from Metropolis is Speducci Mercatto, an Italian butcher with a cafe seating area where customers can pick at salumi boards, lasagna, and panini.

On Hafis Road, Bellwoods Brewery is a bare-bones getaway that offers the same selection of craft beers available at its original Ossington location.

Joe Commisso, one third of the Commisso Brothers establishment on Kincort Street just off the main drag of Caledonia Road, says his establishment is now more frequented than ever. 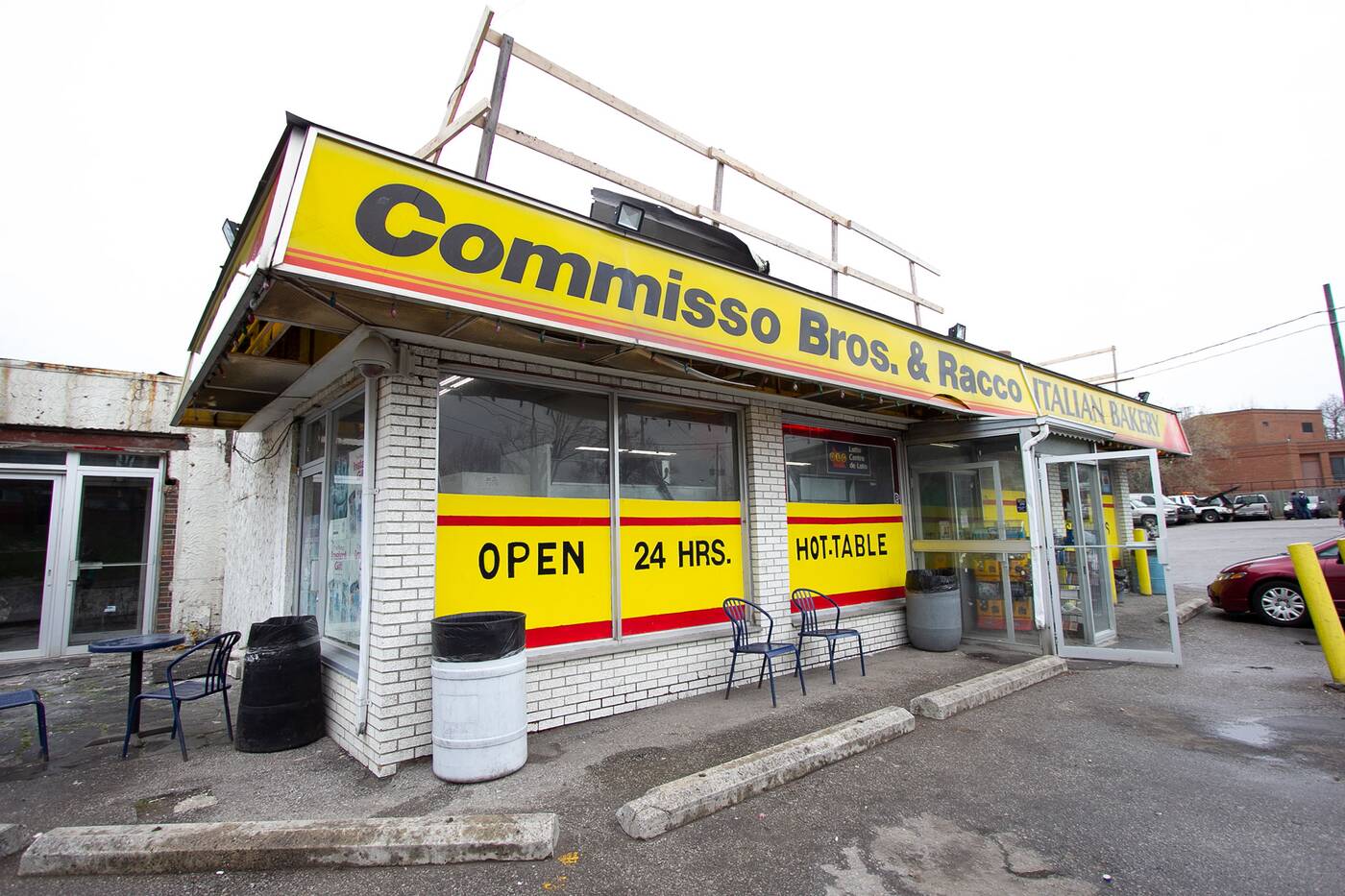 The Italian bakery Commisso Bros. has been open since 1964.

The Italian bakery and hot table, best known for its fresh bread and veal sandwiches, has been serving the Portuguese community and construction workers from the area since 1964.

Lately, says Commisso, he's noticed an increase in customers comprised of a different crowd — mostly designers and their clients after a day of weekend shopping at the neighbouring design stores. 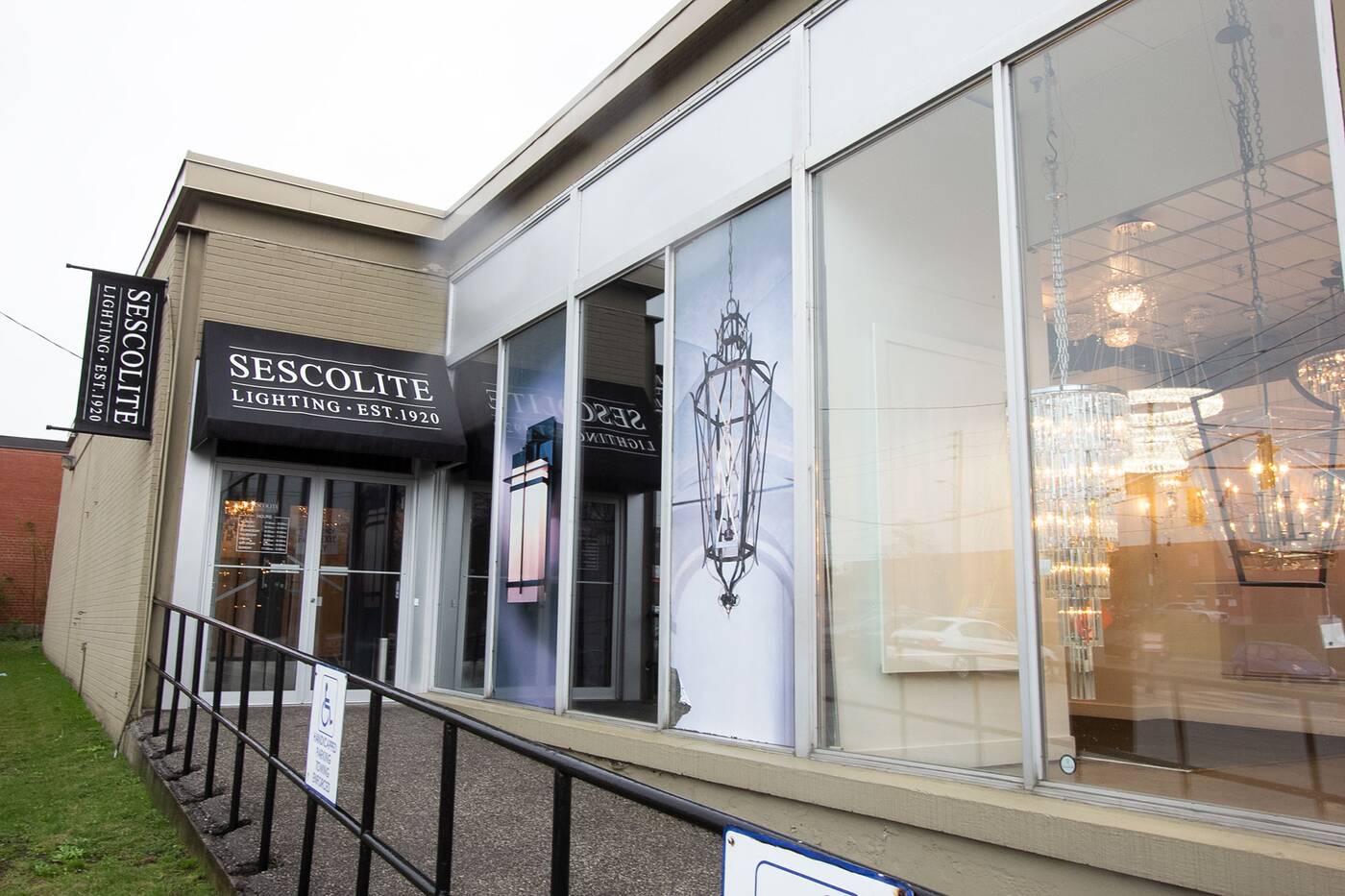 Sescolite Lighting is one of the businesses that have long sat on a corner of Castlefield Avenue.

Just around the corner, longtime showrooms like Sescolite Lighting and Union Lighting display their inventory of light fixtures.

The giant contemporary furniture store Art Shoppe is also on Kincort, having moved from Yonge and Eglinton to its 70,000 square-foot showroom just a few years ago. 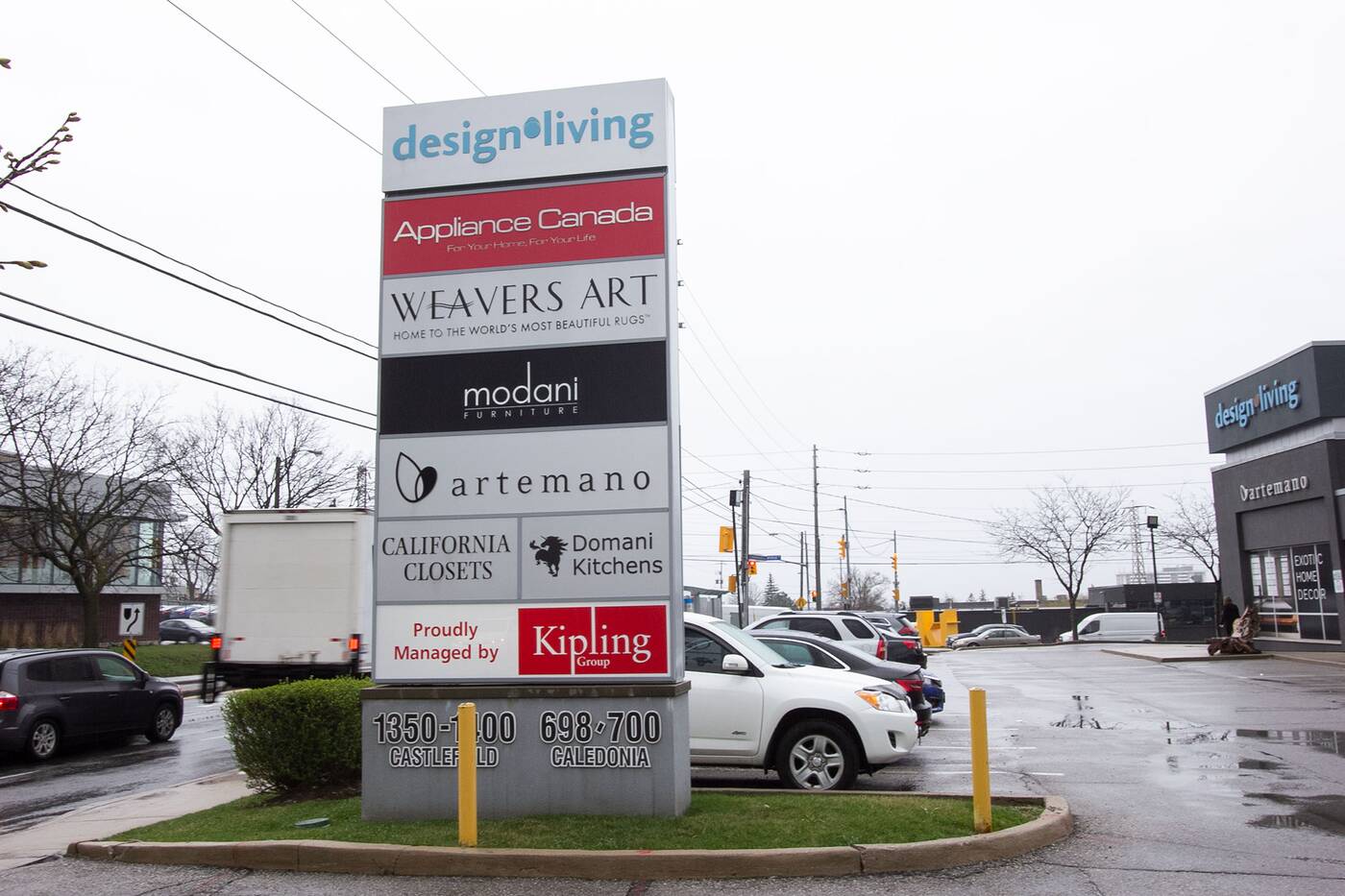 Further east toward the main intersection of Caledonia and Castlefield, the Castlefield Design Centre acts as a mall of sorts with stores that can be accessed from main doors or from a back channel that connects them all together. 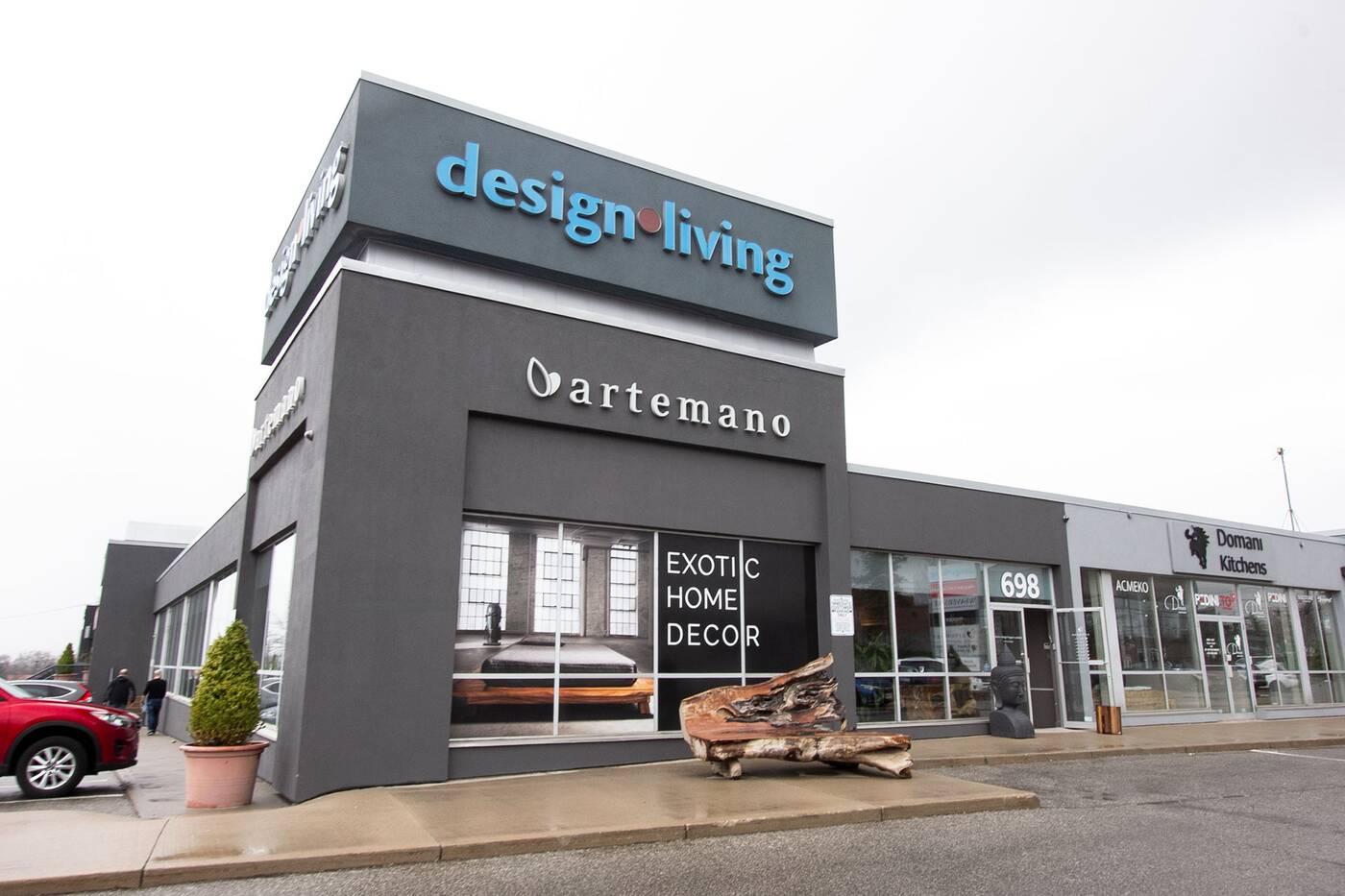 Artemano specializes in furniture made of "exotic" wood from South East Asia.

After closing down and acquiring a new owner, Artemano has recently re-opened, selling furniture and centrepieces made of wood from South East Asia. 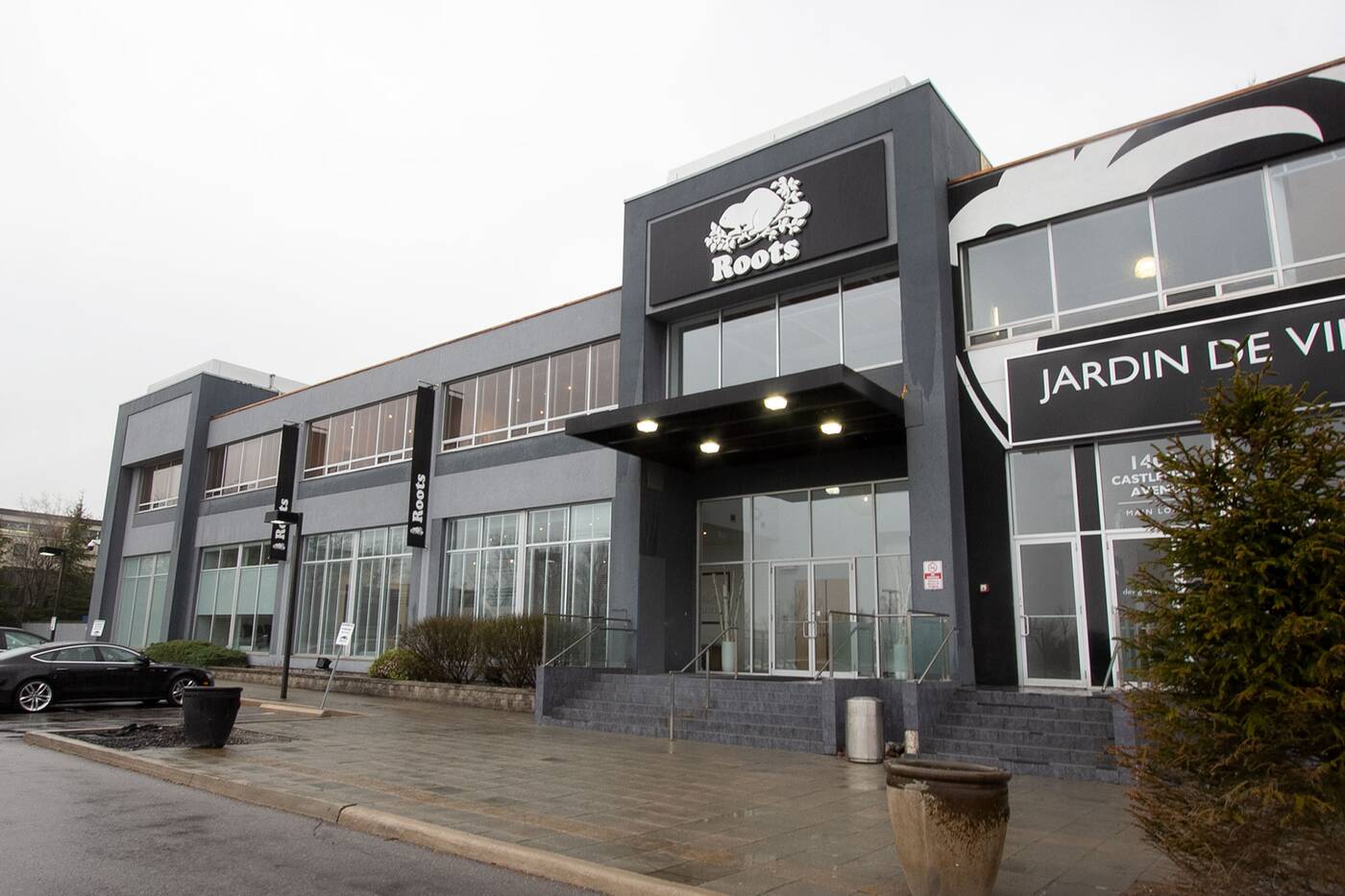 The other side of the Castefield Design Centre has its own parking lot.

At the centre’s western side (which has its own separate parking lot) sits Roots’ home design store. Next to it, outdoor patio store Jardin De Ville’s temporary summer showroom takes up a massive space. 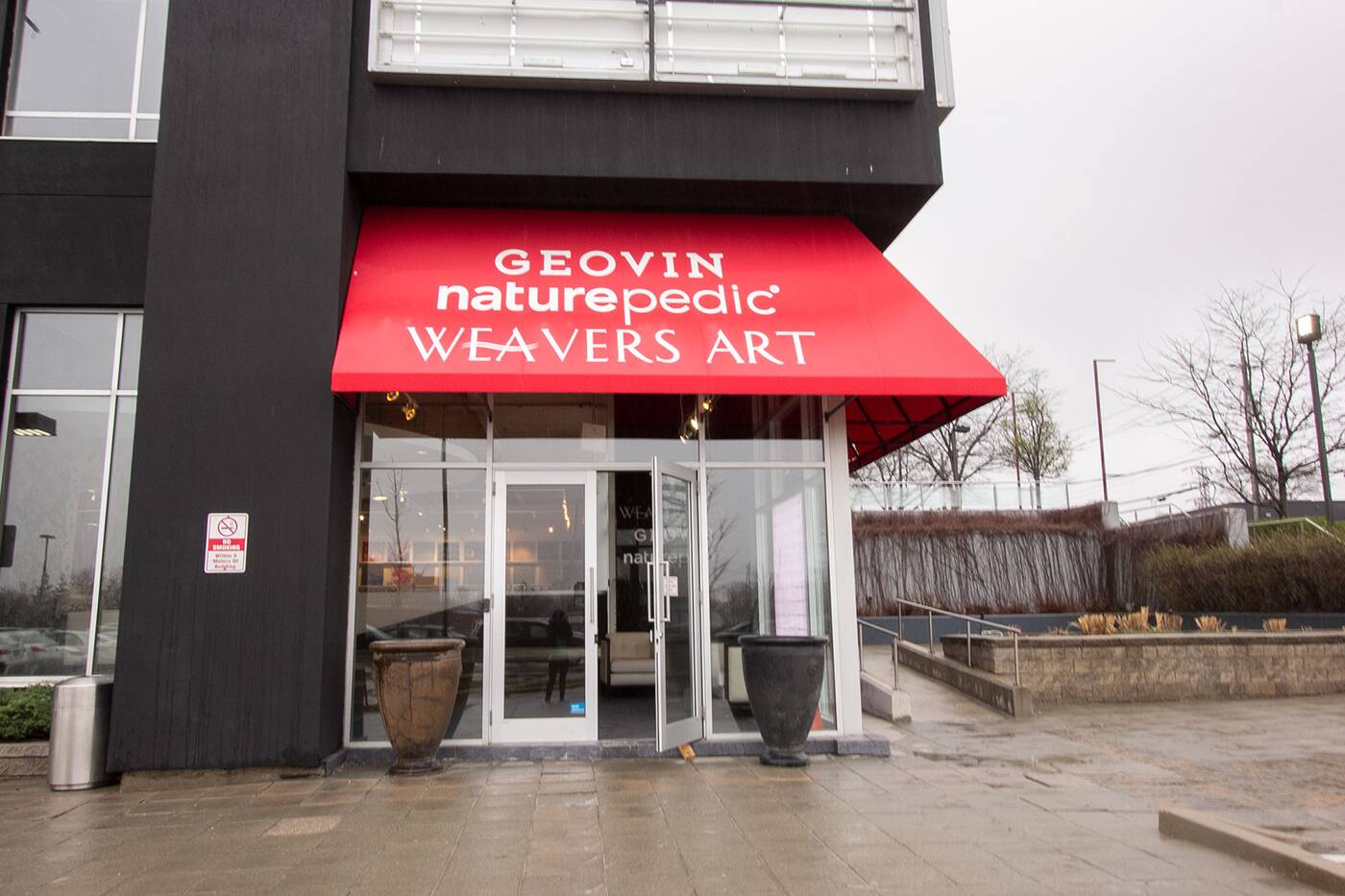 Weavers Art has one of the largest selections of high-end rugs in the city.

Closest to the road sits Weavers Art, the purveyor of high-end rugs with one of the largest selections in the city.

At 885 Caledonia Road, the airy showroom of Shelter Furniture sells a wide variety of sofas, chairs and coffee tables and seems to always be having a sale. 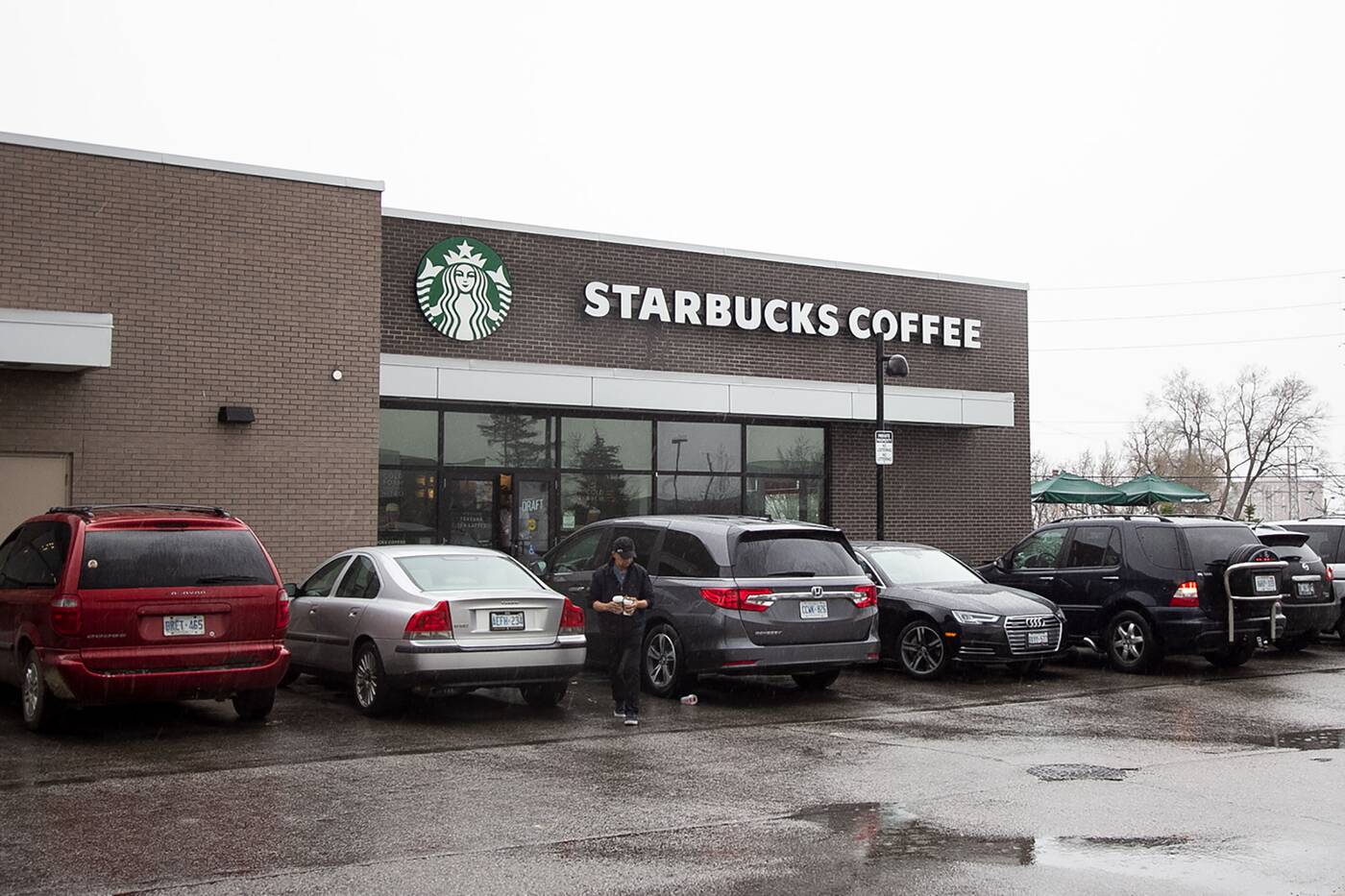 The Starbucks situated in the same plaza as Lowe's is one of the few coffee shops in the area.

Head further east along the York Beltline Trail and you’ll see the Starbucks whose presence marked the beginning of a new commercialized era in the neighbourhood when it first opened. 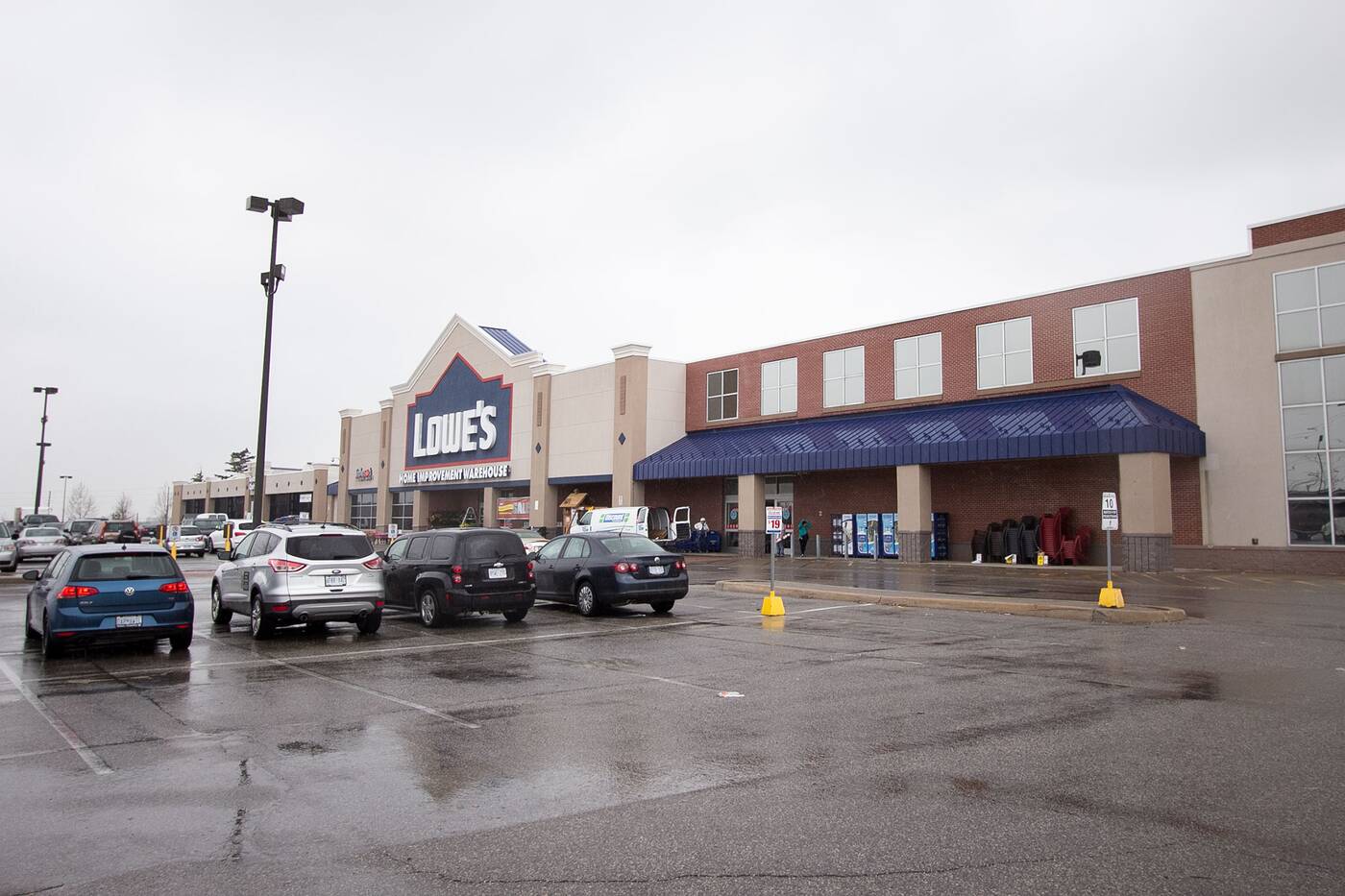 In that same plaza you’ll find lots of patio, flooring and furniture shops, but the largest store is the looming Lowe’s and the lumber yard beside it. 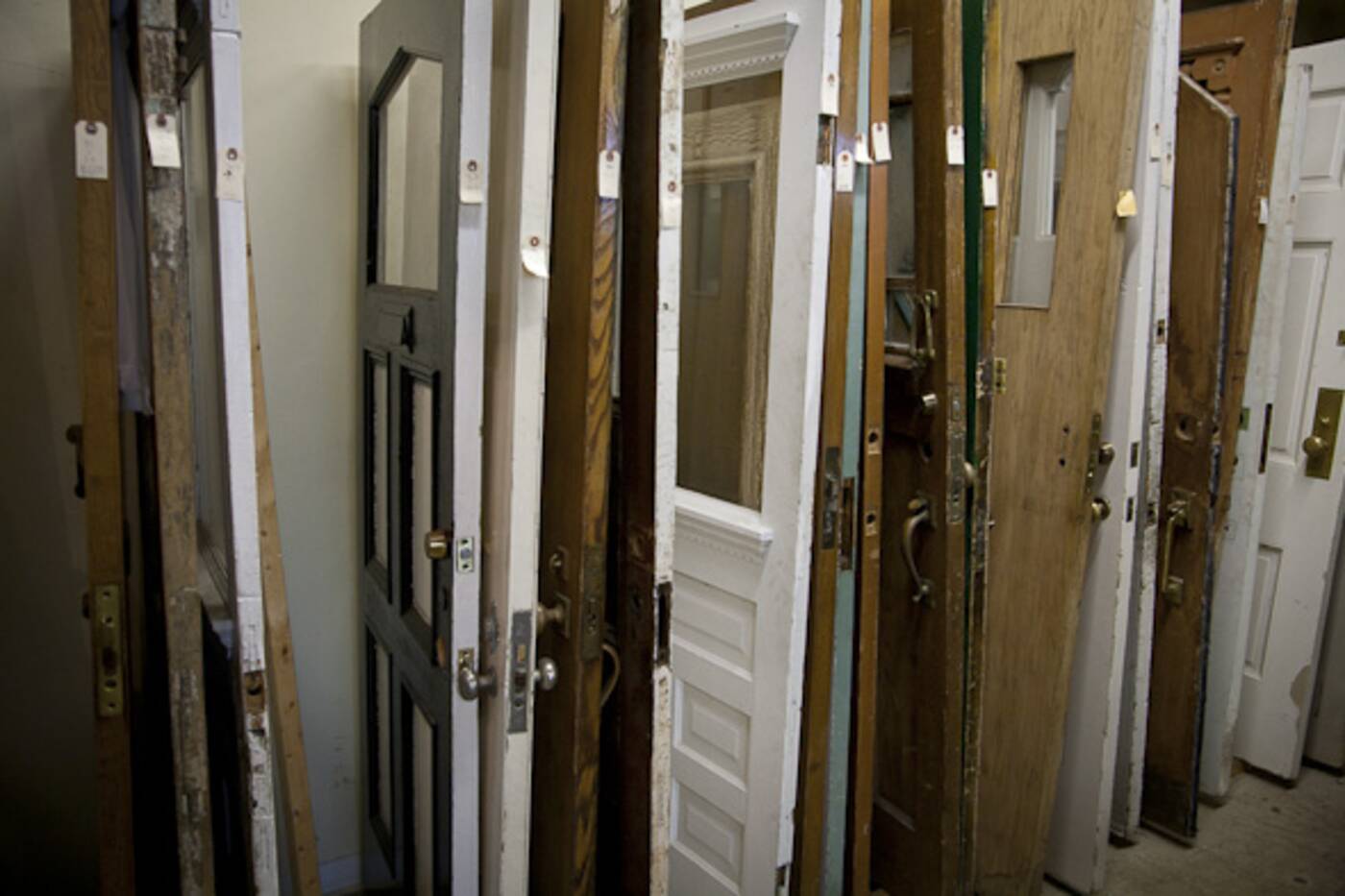 The Door Store is an antique shop focusing on reclaimed doors and vintage items. Photo by Jesse Milns.

Further along you’ll find the refreshingly unique Door Store, the eclectic shop of doors (obviously) and other pieces of antique hardware. Along Miranda Avenue is a strip of stores that sell anything from French antiques to leather to plumbing.

Travelling further west, the furniture stores will start to dot out and you’ll notice an increase in auto services to the south. 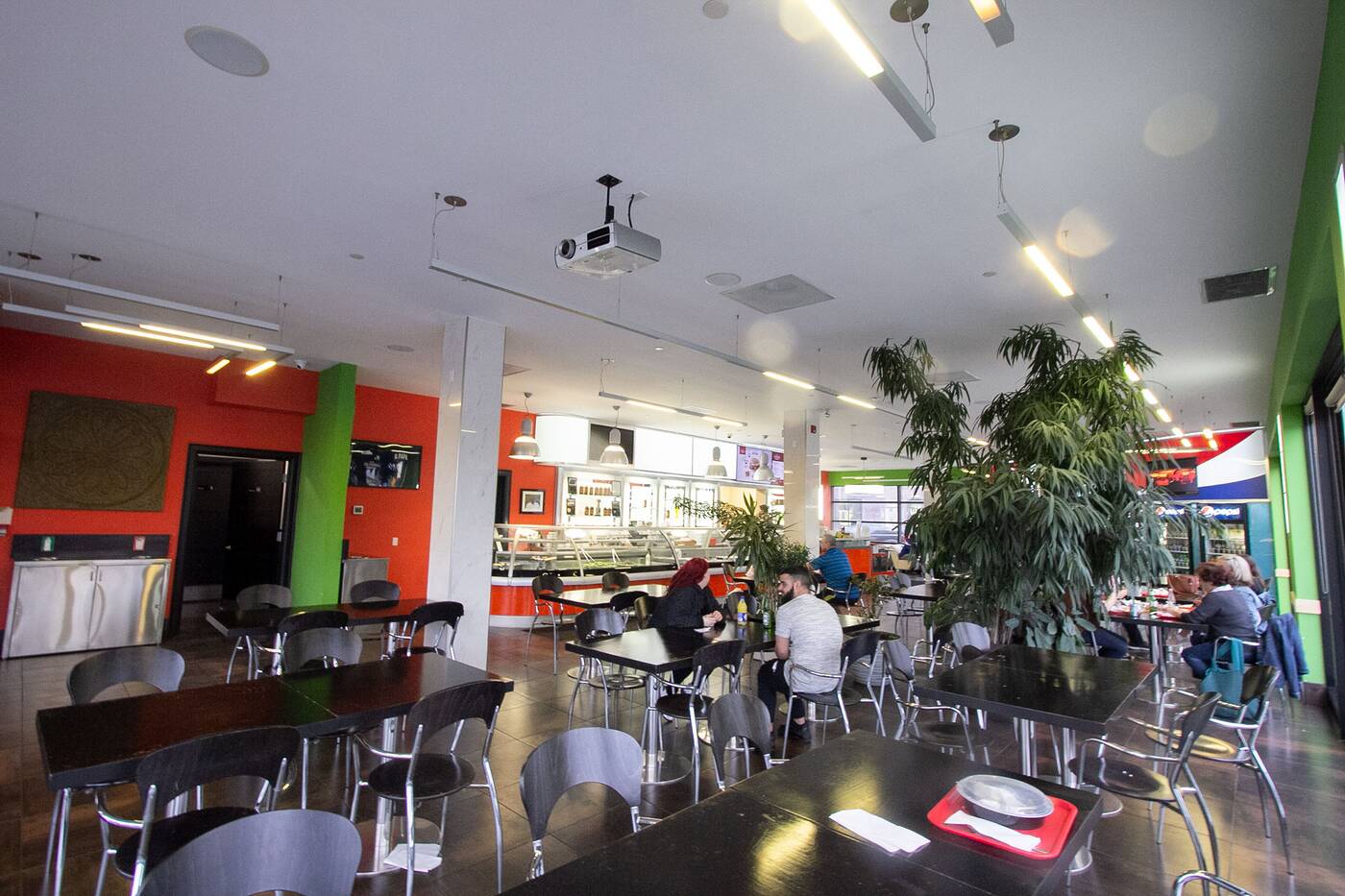 California Sandwiches marks the end of the Castlefield Design District at Dufferin.

Marking the end of the area is the popular chain California Sandwiches, where you can grab some much-needed sustenance after a long day of furniture perusal. 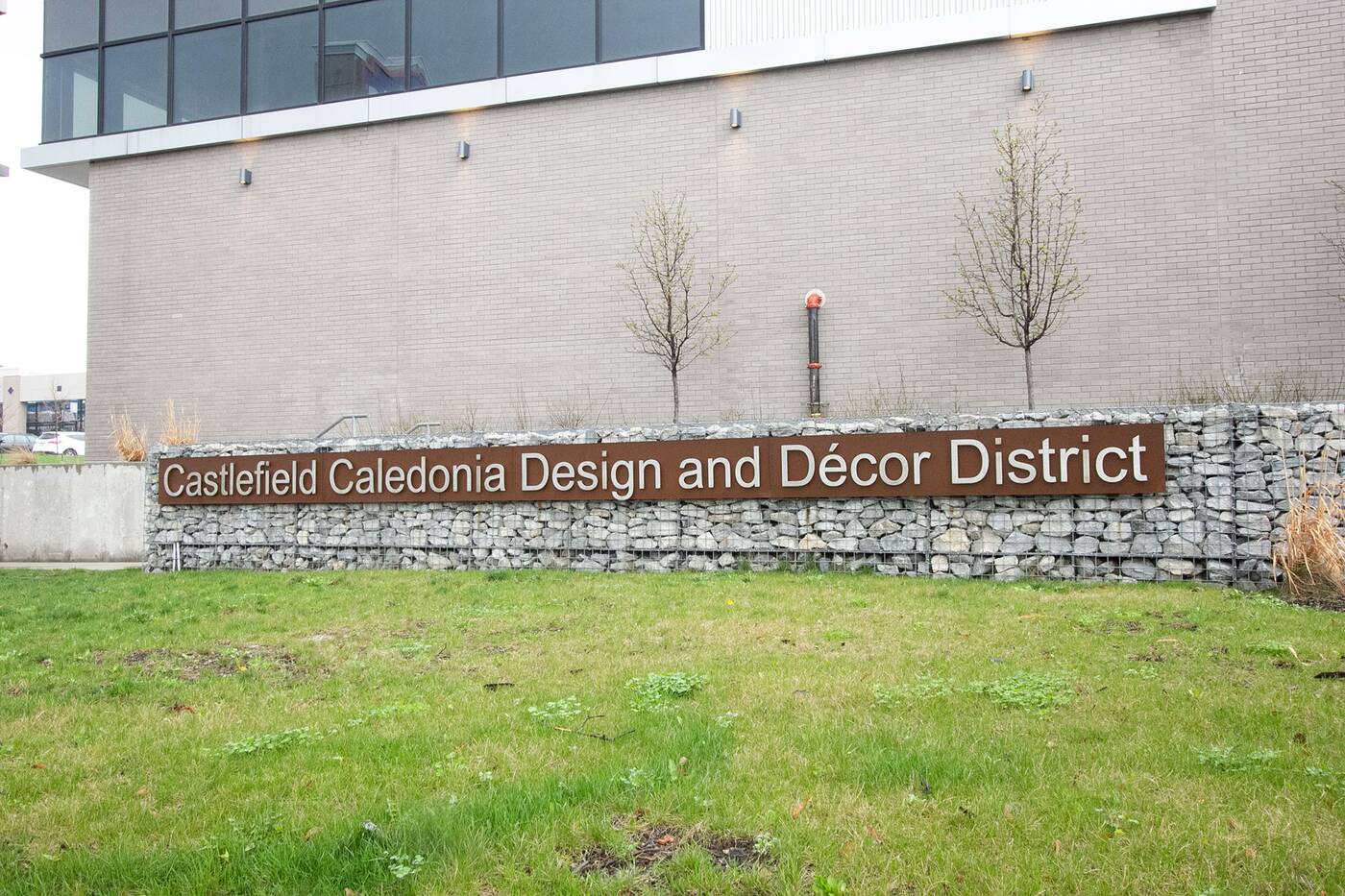