Have you ever witnessed two fashion worlds colliding?

This is what happened to me on Thursday night when I attended Brand'd Thursdays at King West's Cheval nightclub.

The tony bar has been hosting local fashion houses and stores on Thursday nights, where new lines are shown off in a live photo shoot. Past participants include Jason Meyers, TNT, Fashion Crimes, and Jacflash, bringing their creations and product out into the public and increasing high fashion's profile. 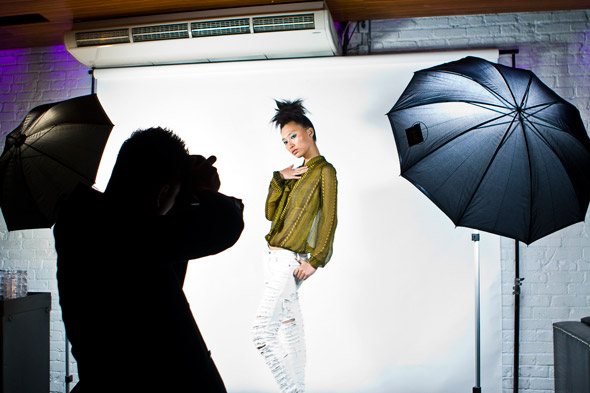 Up this week was recent Designer Files alumnus Label, a decidedly Queen West line--independent, edgy, eco-friendly, and handmade in Toronto. They were celebrating their fall line and the launch of their new e-store, which is peddling their gorge fall collection: favourites include the slouchy tie-waist pant, the grommetted maxidress, the retro-patterned halter dress, the studded blazer, and the fringed frock.

Watching the shoot was a little surreal--the clothes being displayed didn't really fit in with the clothes in the bar. 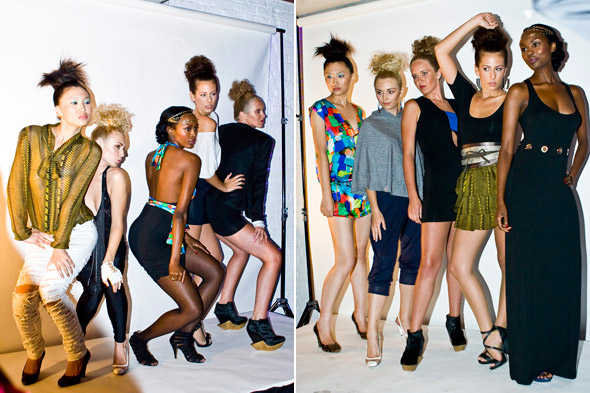 But, being a creature of Queen St. as I am, it was interesting to see how another crowd dressed themselves. Like a fashion anthropologist, I noted that several of the chicks at the club wore the exact same cream ruffled dress, while most were dressed in scanty mall fare. 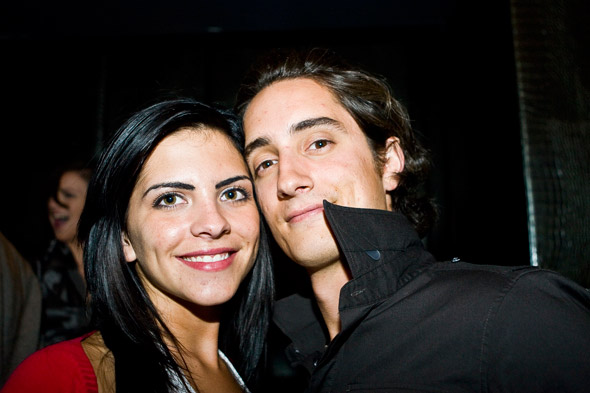 Many of the men were dressed in suits, while the popped collar option was also popular. There was even a startling amount of pinstripes. ("I'd never date a man in pinstripes," my friend Sarah stated emphatically.)

There was little of the vintage or indie designers that you see more often on Ossington, West Queen West or in Parkdale. 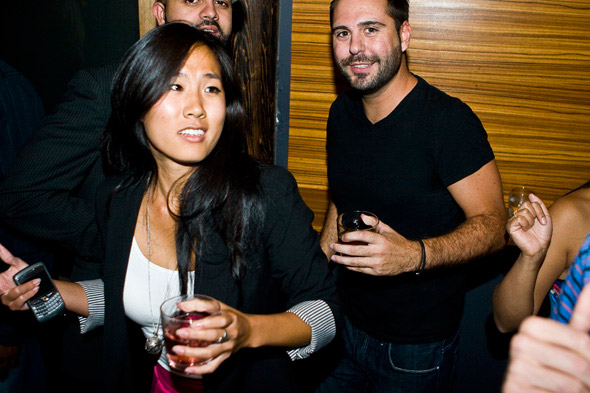 The attendees seemed to enjoy the Label show, however--there was one patron making lewd gestures at the models, but online sales were already popping, and I saw several of the King West crowd make their way over to Label co-designer Shawna Robinson to compliment her on her collection.

Maybe we can coexist after all. 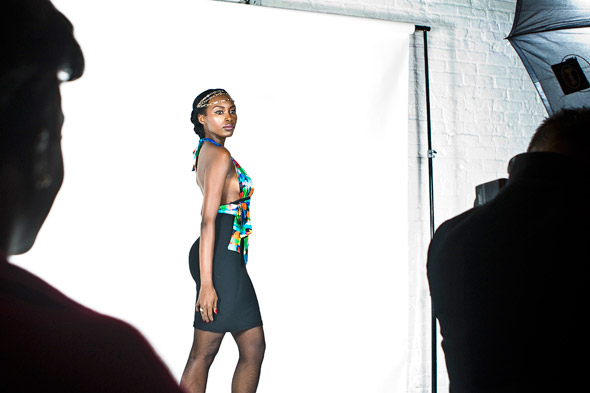 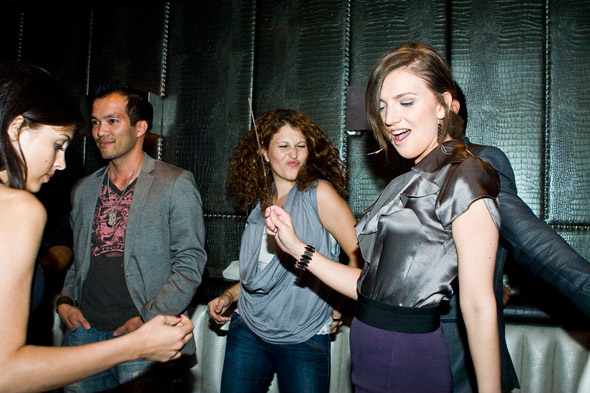 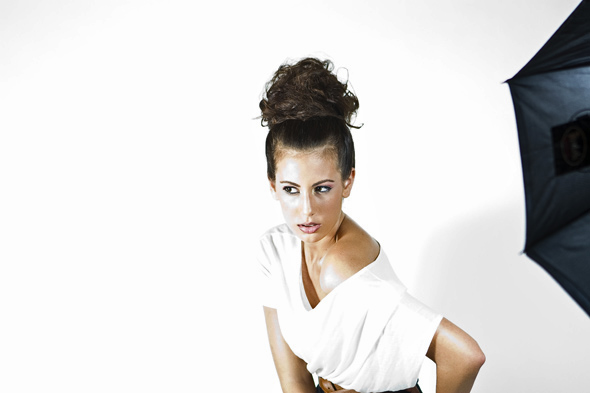