The Art of Fashion at the Toronto Outdoor Art Exhibit

Every year I look forward to the Toronto Outdoor Art Exhibition's style-centric entries, including paintings and photographs of fashion ephemera, clothing, scarves, and lots and lots of jewelry.

Screenprinting continues as the art of choice for the young (and often cash-strapped), as evidenced by the busy tent of Montreal's Jason Cantoro where youthful patrons eagerly sifted through his colourful, stylishly surreal prints that used images from 1940's fashion magazines and catalogues. 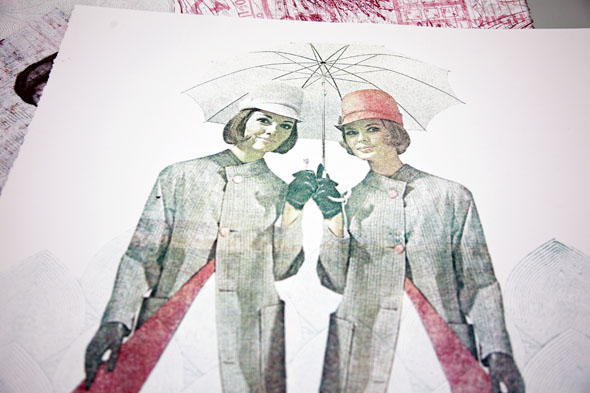 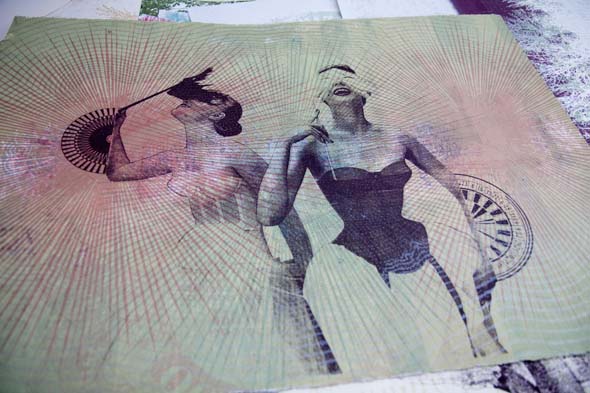 There were paintings of shoes, from Holly Farrell's oil pieces of delicate white pumps to Nicole Di Nardo's bright chartreuse and red pairs lurking among anonymous black brogues, as well as paintings of clothing itself, like the photo-like red dress and slips by Dorion Scott. "I wanted to paint something that lies close to the skin--it's a question of what's underneath," said Scott. 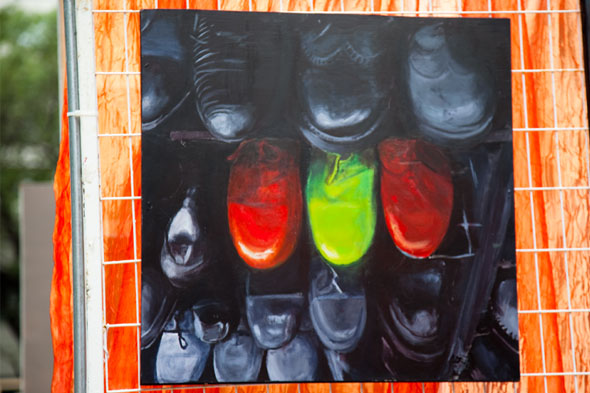 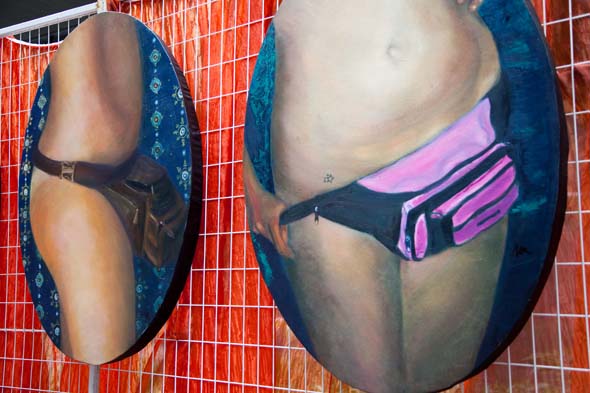 The media that were less popular were clothing itself, sculpture, and, surprisingly, photography. Dress-wise, I did stumble upon Veronique Miljkovitch of Montreal and her feminine, draped silk frocks that were both punky and refined at the same time. And I did love Lynn Jackson's strange, child-sized chainmail clothing sculpture. 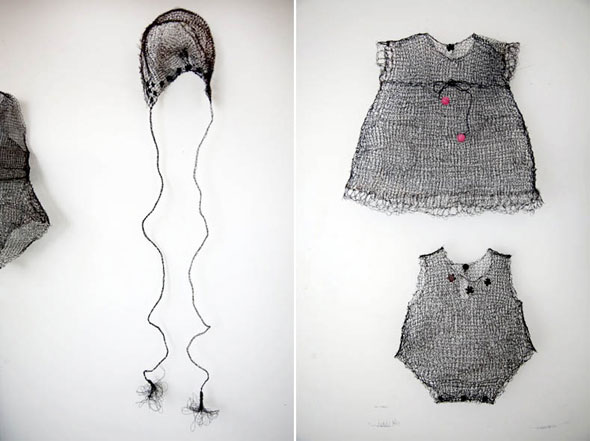 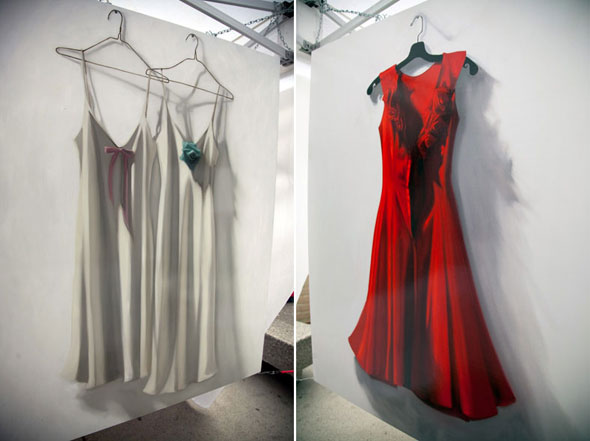 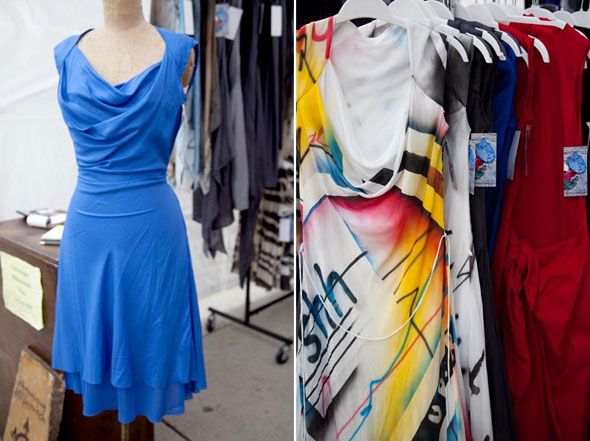 What there was a lot of was jewelry. Since there was so much of it, it was hard to find designers that really stood out. So much of it fell into the "angular sterling silver pieces" or "brightly coloured glass beadwork" categories that I see so much of at independent fashion sales. 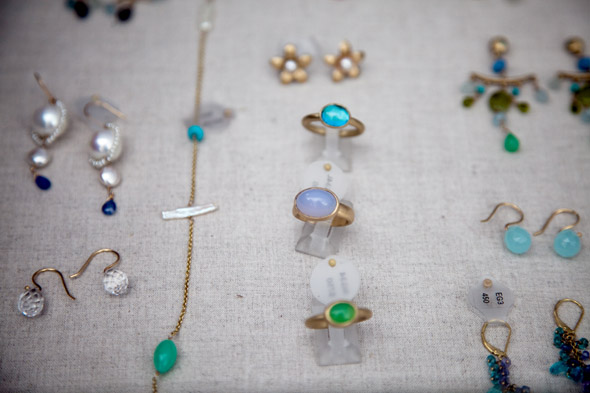 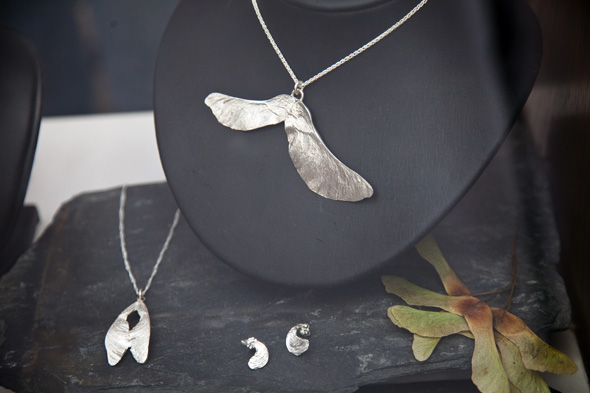 But there were some outstanding artists as well: my picks include silver maple whirlybird necklaces from Kyla Vitek, chunky rings made by Margaret Lim emblazoned with ancient ship photographs, and Eles Designs' Nava Zahavi-esque matte gold rings with candy-coloured stones. 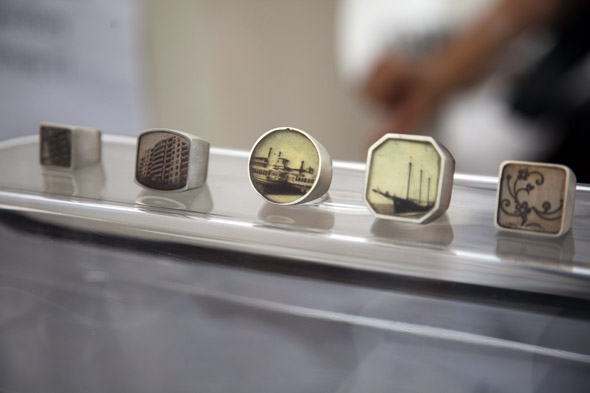 I even found out that the bulbous beaded necklaces that I'd admired in the online catalogue at home were designed by a blogTO fan--and, she said, hilariously, frequent leaver of "nasty comments"--Irina Rapaport.

Back to the photography--I thought there would be a bigger market for chic, black-and-white fashion editorial work, but there was surprisingly little fashion-based photography to be found (we did dig Jennifer Lawton's multi-media window shots). 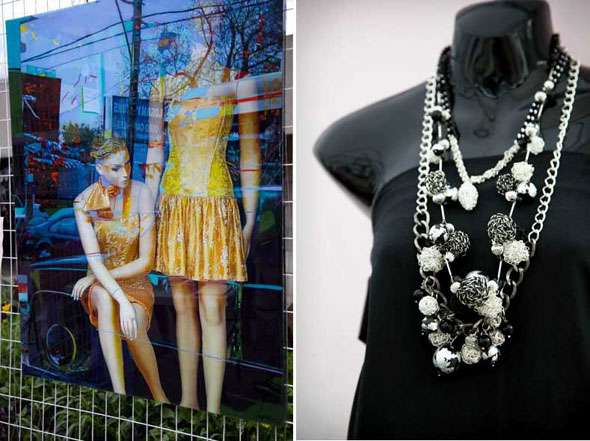 The best was, however, saved for last. As we stumbled upon the last row, smack on Queen Street, I found probably my favourite booth of the year. 2008 TOAE People's Choice Award winner Meaghan Ogilvie was displaying her underwater photography that features lithesome ladies swimming in vintage prom dresses and voluminous ball gowns. 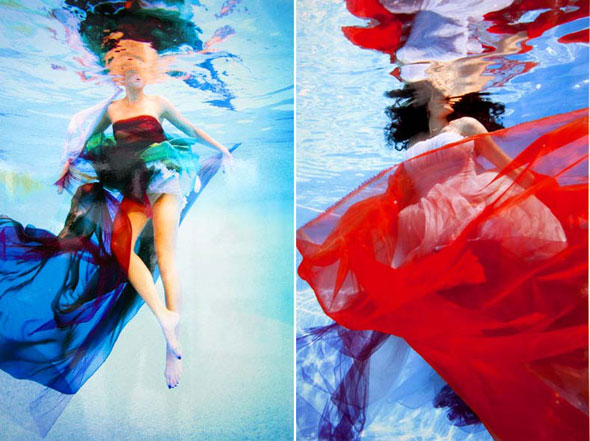 The series' rainbow of fabrics swirling around the subjects like so much Technicolour kelp was like the best of fashion--unexpected, but just right.