As a girl, stepping into The Sutton Place Hotel's Rosedale room for British-Canadian Afshin Feiz's model fittings this afternoon was like being a kid in Willy Wonka's wonderland. Racks were filled with the most feminine pastel chiffon dresses and breezy suits adorned with intricate ruffles, juxtaposed with chains. The 26-piece collection, dubbed "Sometimes You Just Have To Let Go" will be shown this Friday, 8:00 pm at L'oreal Fashion Week's The Studio at Nathan Phillips Square. 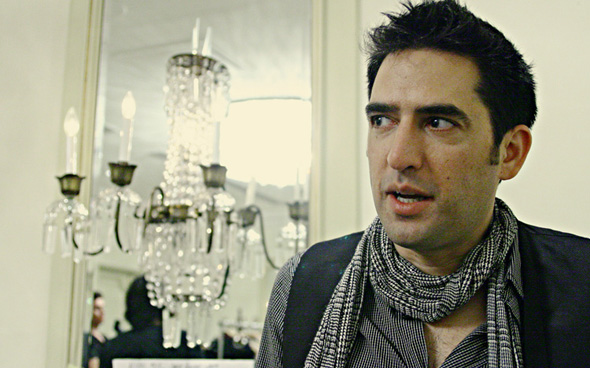 Coming from a such a diverse background (Afshin is Persian, born in the UK and raised in BC, and has been based in the US, Paris and London), the collection is inspired by Buddha's 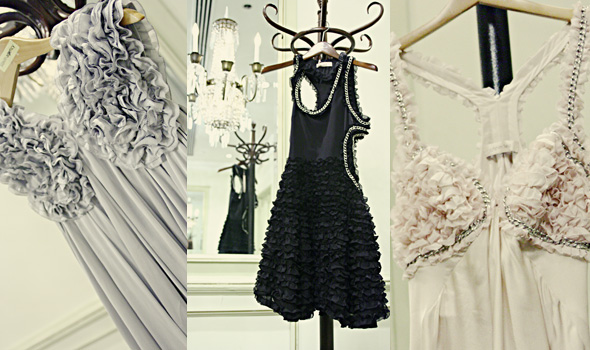 Silent Sermon with influences from North America, France and Italy.
"The muted pastel colors are North American in some way, my design aesthetic and craftsmanship are very French, and the materials are all from Italy," Afshin explains. "The ruffles represent the flower, the chains are societal judgment. Towards the end of the show the dresses feature less chains, sort of like 'letting go'." 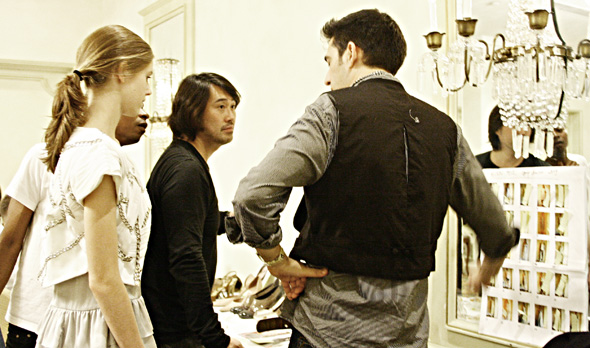 "On a direct level, my clothes are very girly but the chains give it more of a rock n' roll edge."

After showing in fashion capitals New York and London to much acclaim and garnering celebrity clientele including Katie Holmes, Beyonce and Elizabeth Hurley, Afshin returns to Canada for his first show in Toronto. "I've been hearing a lot about Toronto's Fashion Week and I didn't realize it has grown to such a huge scale."

"I like coming back to Toronto. There's a lot of things I love about this city... not only is it (mostly) sunny, even if it's cold," Afshin laughs. "But what I really love about Toronto is that it has a big city feel like New York, but cleaner and with a Canadian niceness to it."