A Minute with Carlie Wong at L'Oreal Fashion Week

Project Runway Canada's youngest competitor, Carlie Wong, showed her Spring/Summer 2009 collection at L'Oreal Fashion Week's Day 3. A sea of white, black and grey silk cocktail dresses and tailored jumpsuits filled the 15-minute set, along with sleek LG mobile phones that were reworked into wristlets and necklaces. I'm not going to start stringing two cellphones into a dangling neckpiece but at least they thought of something cute, and not just the usual holding-the-phone-up act I've seen too often in sponsored shows.

I snuck in backstage after the show and spoke with Carlie about glamorous gangsters, shiny cellphones and shaking off that reality TV image. 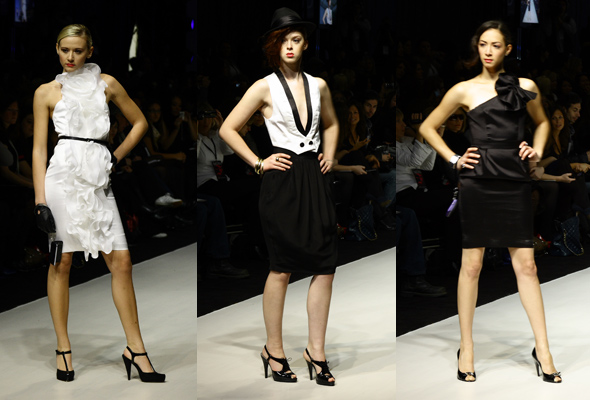 Q: Your collection is called "The Glamorous Gangster". Who is she?
A: She's confident and has spunk in the way she carries herself but at the same time, she exudes effortless luxury. She wears the clothes - she never lets them wear her. I also took a lot from 1930s gangster movies but mixed it up with modern, urban silhouettes. 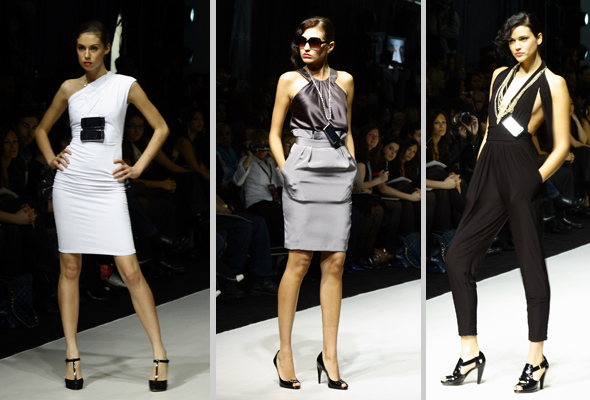 Q: What's your favorite piece in the collection?
A: I'd have to say I love the pantsuit, particularly the black jersey one we styled with a lot of gold chains. The pantsuit is going to be huge in the spring. 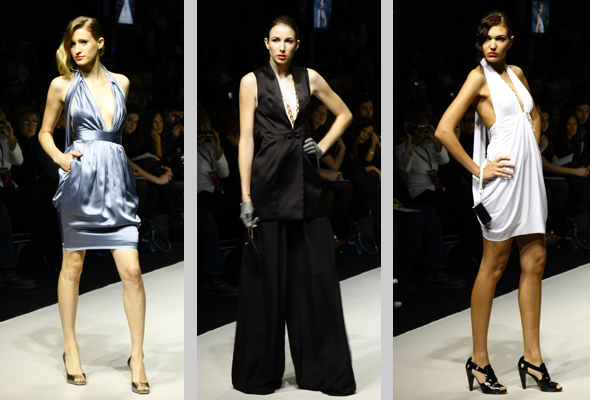 Q: How did the partnership with LG come about?
A: We partnered with them through Fashion Week. We decided it was a great opportunity to associate ourselves with such a huge company, and also being creative in how we can incorporate technology with fashion. I mean these days, it's crucial to be up-to-date with technology but we also wanted to present them in a way that was interesting. The three phones we launched today were the LG Dare, the Voyager and the G Phone. 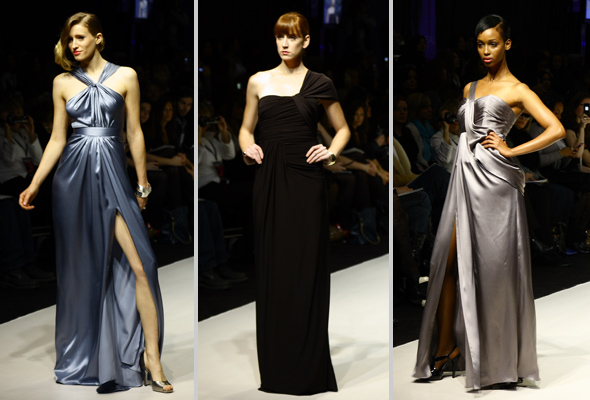 Q: How do you feel being known as a "designer from Project Runway Canada"?
A: It's hard to get a foot in the industry and I'm always thankful that Project Runway Canada put my name on the map. I don't think it's negative at all, and I really don't mind the association. 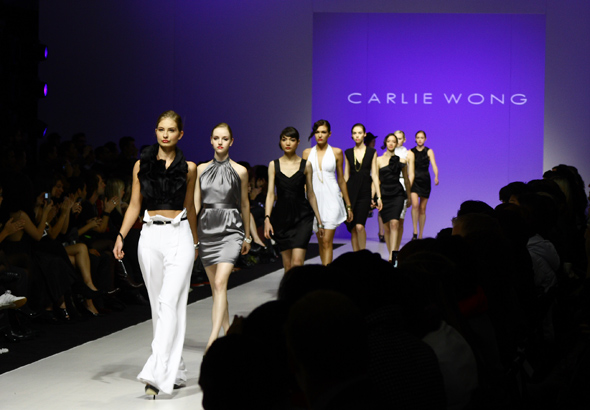 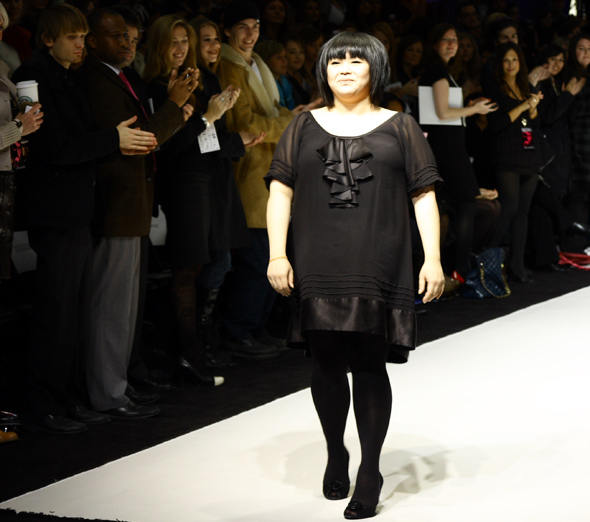