I met Mike Mendes on the patio of an upscale King St. cafe. Stitches, still red, caught my attention; they were perched over his left eye.

"Me and a couple of friends were walking somewhere when we saw a girl getting picked on by a group of five guys. I was just trying to help out. That night at the hospital the cops were asking me how old I was. I checked the clock; 'twenty-two...just now'. Broken nose, black eyes, eight stitches for my birthday."

Raised in Newmarket, Mike moved to Toronto to work in animation. New Threat Apparel is a clothing company he started in his spare time; despite early success he didn't feel like the project was tackling his full potential.

"After a few months I felt like I wanted to do more with it, make a difference in peoples lives. That's when I started Love Everyday, I took the name from one of my tattoos"

Love Everyday is a non-profit branch of New Threat. The proceeds go to helping the under privileged and impoverished communities in Toronto. It's a personal mission for him.

"I run into people on buses, on Queen St, anywhere. I take them for coffee, home for dinner; I get updates on their life. It puts everything into perspective for me, how lucky I've been. The stereotypes...drugs, mental instability...a lot of that is true, but there are many people I've met who've just run into hard times. Divorce, suicide, a death in the family...every story is different. I profile them on my blog, try to give them a bigger voice."

Love Everyday is a sponsor of the Toronto leg of The Warped Tour; they've been trying to get the word out as best they can. Mike seemed more excited about a charity that contacted him recently, however.

"Lakeshore Arts helps out under-privileged kids; they want me to chat about the company and do a workshop with them. A smile is contagious, something as simple as that can mean a lot to someone having a rough day. That's the message I want to get across."

He's not sure how the new scars will make him look in the photographs; I tell him they look great, give him character. It's obvious their significance is much deeper to him than some kind of dark fashion statement.

"The scars and tattoos remind me of the lessons I've learned and the mistakes I've made. I also have 'STAY TRUE' on my knuckles. Positive messages. They're really important to me." 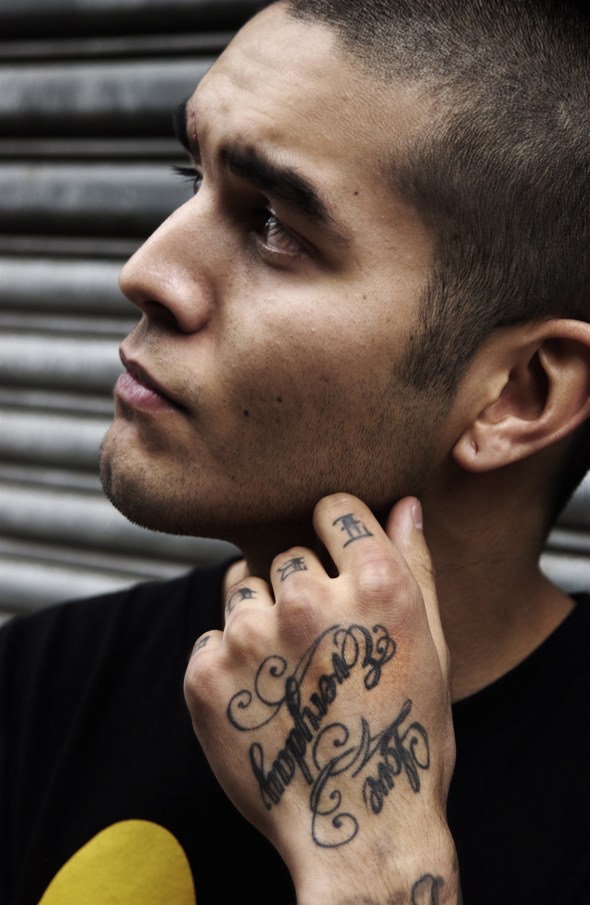