Well it's fashion week once again. The tents at Nathan's Philip's Square are up and there are a lot more video screens giving passerbys a glimpse at the shows. This year they've decided to replace one of the tent's walls with glass. Looking out from the inside, I can't help but feel like a zoo animal. I hope it's exciting people.

This season feels a little abrupt. For Spring 2008 (back in September) I was in New York, which was a great lead up to L'Oreal Fashion Week. This season, I didn't do New York and so I don't feel as prepared. I remember at this point last season I had all my outfits picked out (yes, I'm crazy) where here I am, this season, flying by the seat of my pants with only one outfit planned. I also decided not to spend any vacation time on fashion week this season and I'm a little disappointed that I'm missing some great shows during the day while I'm holding down things on the job front.

I can only relay second hand information for the shows during the day. I heard Biddell's show wasn't a trainwreck and he did a fairly decent job. I also heard his models were good. Max Chernitsov's collection was really out there. He's an import from Moscow Fashion Week. I tried to view his clothes online, but I don't understand Russian and couldn't make heads or tails of his website.

Melinda-Mae Harlingten was a collection I really wanted to see and friends were saying favourable things. My friends were most vocal about Denis Gagnon. They were raving about the collection so much that I really can't wait to see the pictures. 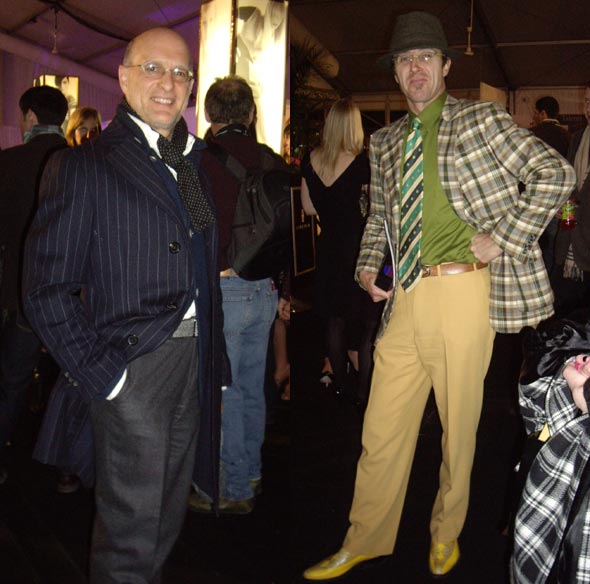 I wasn't invited to the Joe Fresh show but I decided that I would crash it. I'm not sure why their PR people ignore me (sigh). Joe Fresh has managed to bring in a top model for the last few seasons to walk their show. Last season was Heather Marks. This season was Coco Rocha. I was hoping my scheme to get in would work, but if it didn't I could rest easy that I wasn't missing too much, I saw Coco and many other top models during New York Fashion Week.

The scheme worked and I managed to snag some Degrassi kid's seat. The collection was pretty cute, but I'm a sucker for equestrian influenced design. The skinny pant was a major staple of the fall collection which I found a little strange. The powers that be are saying that the next pant for fall will be coffee bean shaped. This style isn't for real women and I'm amazed at how much push this new silhouette is getting.

Joe Fresh didn't even register this trend at all. While the skinny pant isn't always the most wearable it's a lot easier than something that emphasizes the hips.

The collection boasted a few really cute sweater dresses paired with knee high socks. I noticed a Prada influence in the knee high two tone socks. Joe Fresh has turned the style mass market removing the fashion forward aspect of the look. The jackets were strong pieces in the collection and I loved the cocoon shapes utilized. 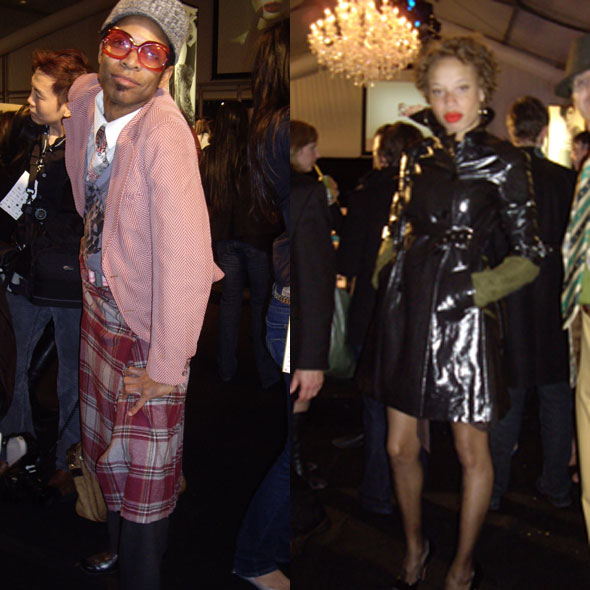 Some things, you just can't convince me to buy into. Camel suits made from fuzzy fabrics similar to pony hair are not attractive; the black versions were much better. The toques were awful. Perhaps it was the styling, but they were distracting in their ridiculousness. The puffy black jacket with the big bow at mid torso -- why?! I do wish designers would edit their collections. I saw way too many of the same piece in every colour offered. 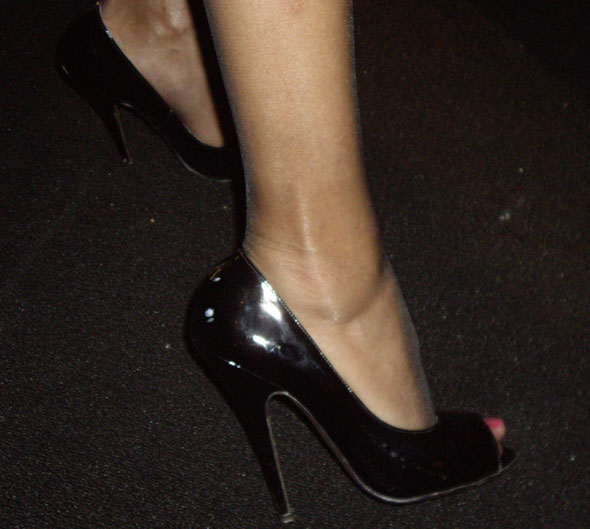 One of the best parts of Fashion Week is the people watching. Rolyn Chambers from Circa and Fab didn't disappoint, busting out the kilt. Stacey Mackenzie looked down on all of us perched on her 5.5 inch stilettos. The Misshapes DJ'ed the after party and I wondered why a top local DJ wasn't offered the job instead. Am I the only one over them already?