Look-A-Like Reality Show Turns the Ordinary into the Extraordinary

It's not every day that I can say I thought I saw Sharon Osbourne, Brad Pitt, Elisha Cuthbert, Snoop Dogg, and (shudder) Mischa Barton in downtown Toronto. I'm not one for the red carpets, so checking out the auditions for Look-A-Like, the reality make-over show on Star! And Fashion Television, will likely be as close as I ever get to schmoozing with the stars. 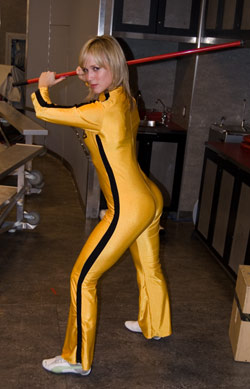 "So who are you supposed to be?" I'm asked as I walk into the CHUM building. "I'm no one," though, I have been told I look like a cheaper version of Ryan Phillipe, Justin Timberlake, and Eminem all combined into a mish-mash that doesn't do me any good. Moe Kelso, the creator of Look-A-Like, has visions of me in some baggy hip-hop garb, with bleached hair and spouting curse filled rhymes for the judges. "Maybe next year," I say.

Now in its fourth season, Look-A-Like is a reality show that mixes a little American Idol, some Top Model and rounds it out with some Joe Schmo, taking 26 ordinary people who look like the rich and famous and transforming them into the very stars they resemble. Being the spitting image of an Olsen twin isn't enough, though.

The producers are looking for people who are willing to go the extra mile for their 15 minutes of fame. "It's not just about resembling a celebrity," says Moe, "It's about becoming the star." What if you look like a young Val Kilmer, who looks decidedly older now? "We might be bringing in some special effects makeup this season to age certain contestants." Here's to hoping a young Elvis auditions. 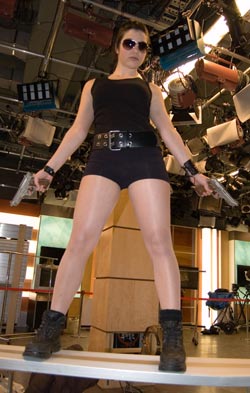 People auditioning yesterday didn't seem to have any Idol-like dreams of becoming rich and famous. "I'm a stay at home mom, so I'm just here to have some fun in my off time," says a Lauren Graham look-a-like.

And fun was not in short supply yesterday. The judges, made up of makeup artist Paul Venoit, hair stylist Jeffrey Altenburg as well as fashion stylist Allisia Marciano (killer outfit, by the way!) aren't afraid of getting the would-be stars into character. A Snoop Dogg look-a-like did an impromptu free-style, while a Justin Timberlake look-a-like (a better one than me by far) announced he was "Bringin' sexy back". I already brought it back last year, but I wasn't about to take his moment in the sun away from him.

Two stand out auditions were the Uma Thurman circa Kill Bill (who forgot her sword and took my suggestion of using a broom pole with glee), and the Angelina Jolie (who trekked from Ottawa for the audition) in her best Lara Croft of Tomb Raider outfit, complete with guns and aviator glasses. While not a requirement, the extra effort is appreciated and will certainly look better than if you show up in sweat pants proclaiming to be a shoe-in for Monica Belluci. 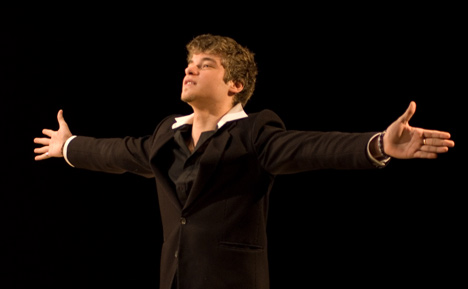 If you think the people in the photographs got nothing on you, head on down to the CHUM building at 299 Queen Street West, as auditions for Look-A-Like Season 4 continue today from 11am until 5pm. Give the front desk a call at 416-591-5757 for more info. All you need to do is show up, fill out a form, get a Polaroid taken and then strut your stuff for the judges. It's all in good fun, and hey, you might end up on the blooper reel with the guy who came in yesterday claiming to be Owen Wilson; I mistook him for Jack Black.