The World's Smallest Hat Shop is not a really a shop so much as it is  a store window, or—depending on how you view hats—a tiny art exhibit dedicated solely to extravagant head pieces.

Like almost everything else that designer Maryam Keyhani does, the simplicity of the display verges on bold performance art, and fittingly (as is her habit) the designer has staged a performance or two inside the confines of the tiny space. 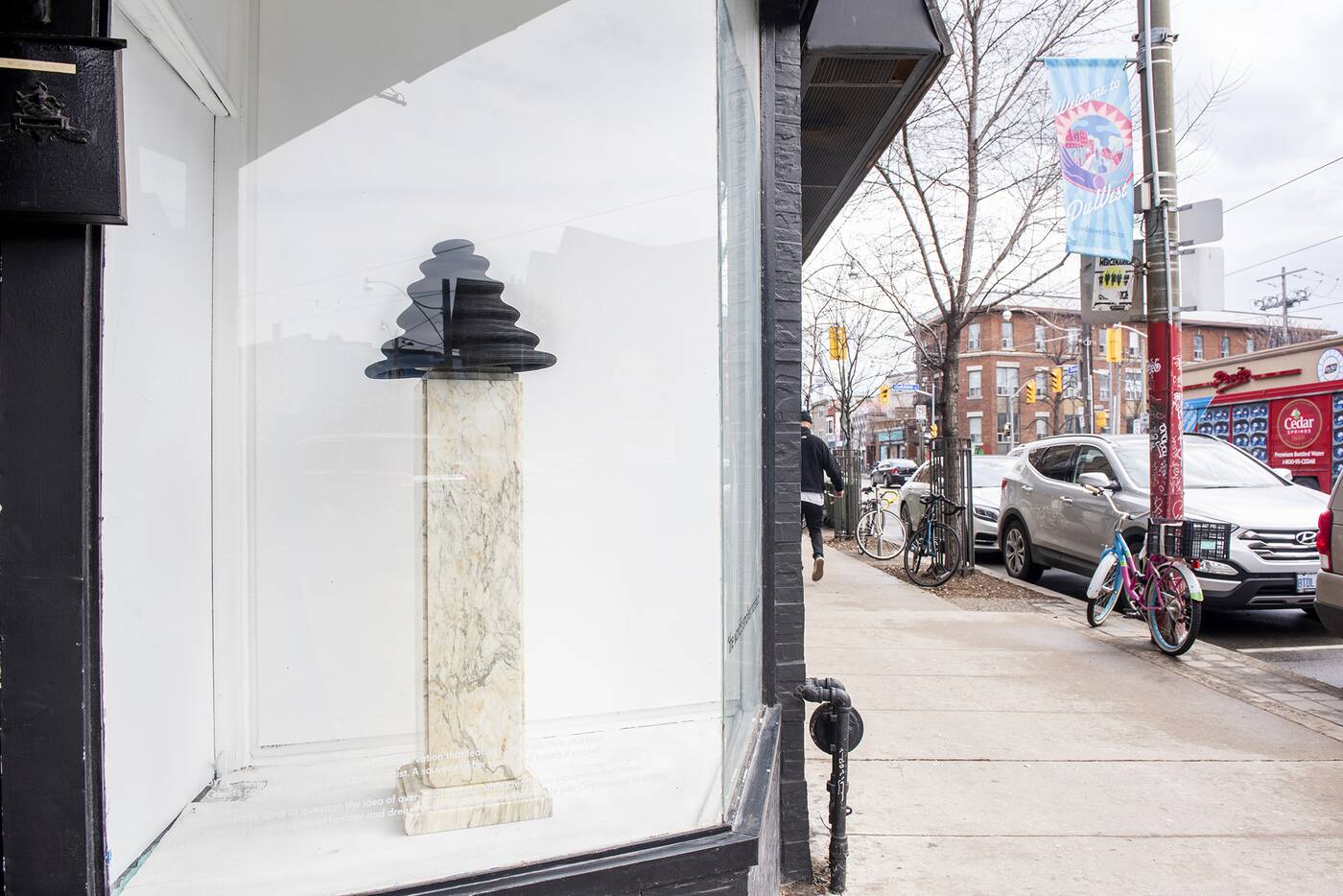 Comprised of a single hat sitting on a marble stand, the 'shop' is really just the westernmost store window of the contemporary women's store Ease.

It's miniscule, but it's to-the-point for a woman who says she never leaves the house without a hat, unless she's sleeping or showering.

"The idea of the shop was that people consume so much," says Keyhani. "I love the idea that things need to be treasured." 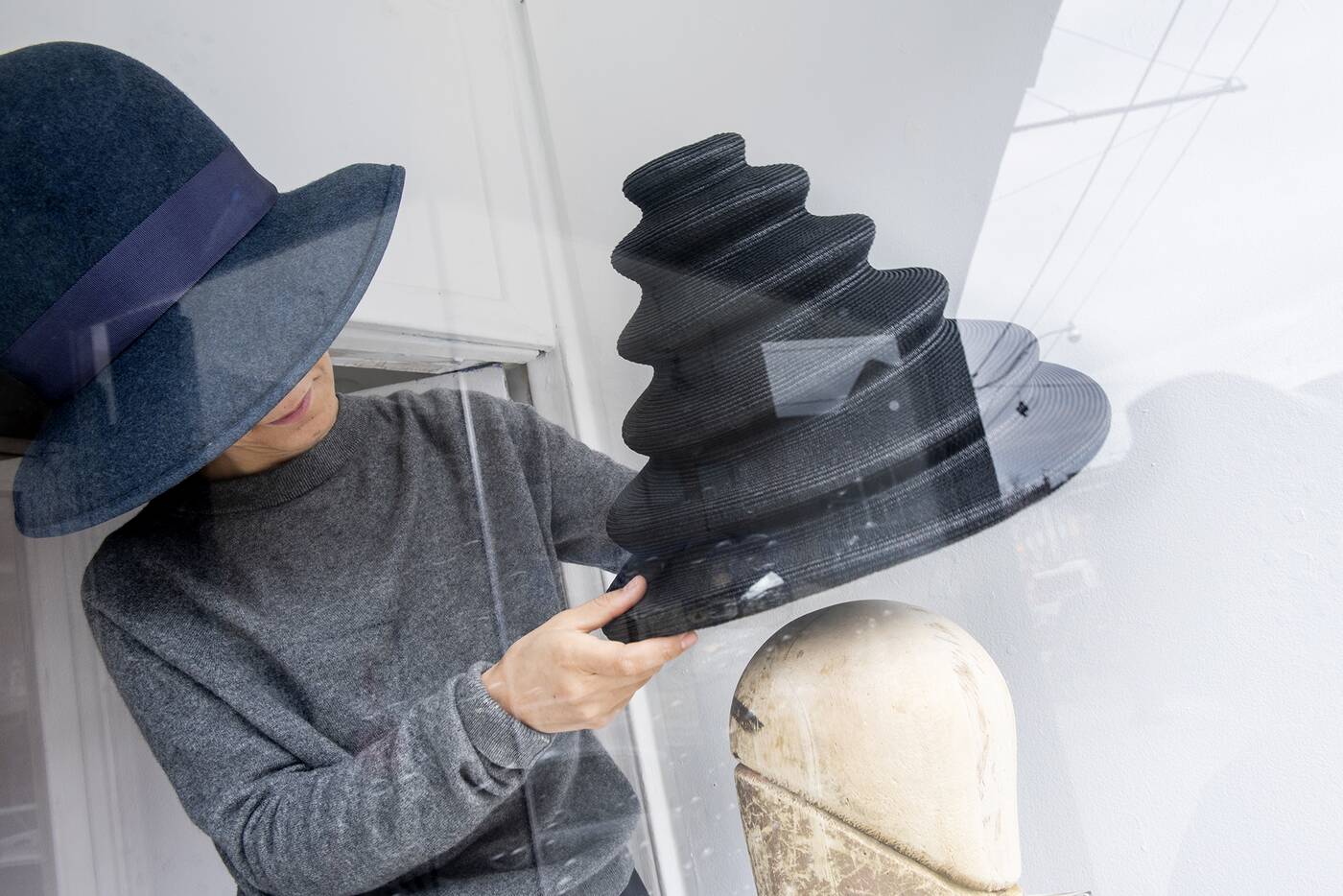 Since officially entering the world of millinery, Keyhani's extravagant yet somehow—amidst the layers and poofs—classic line of structured hats have wowed both fashionistas and art lovers since it first launched in 2017.

Considering its her debut hat collection, the buzz has been impressive, though it's not first time the Tehran-born, OCAD-graduated painter and sculptor has had an exclusive feature in Vogue. 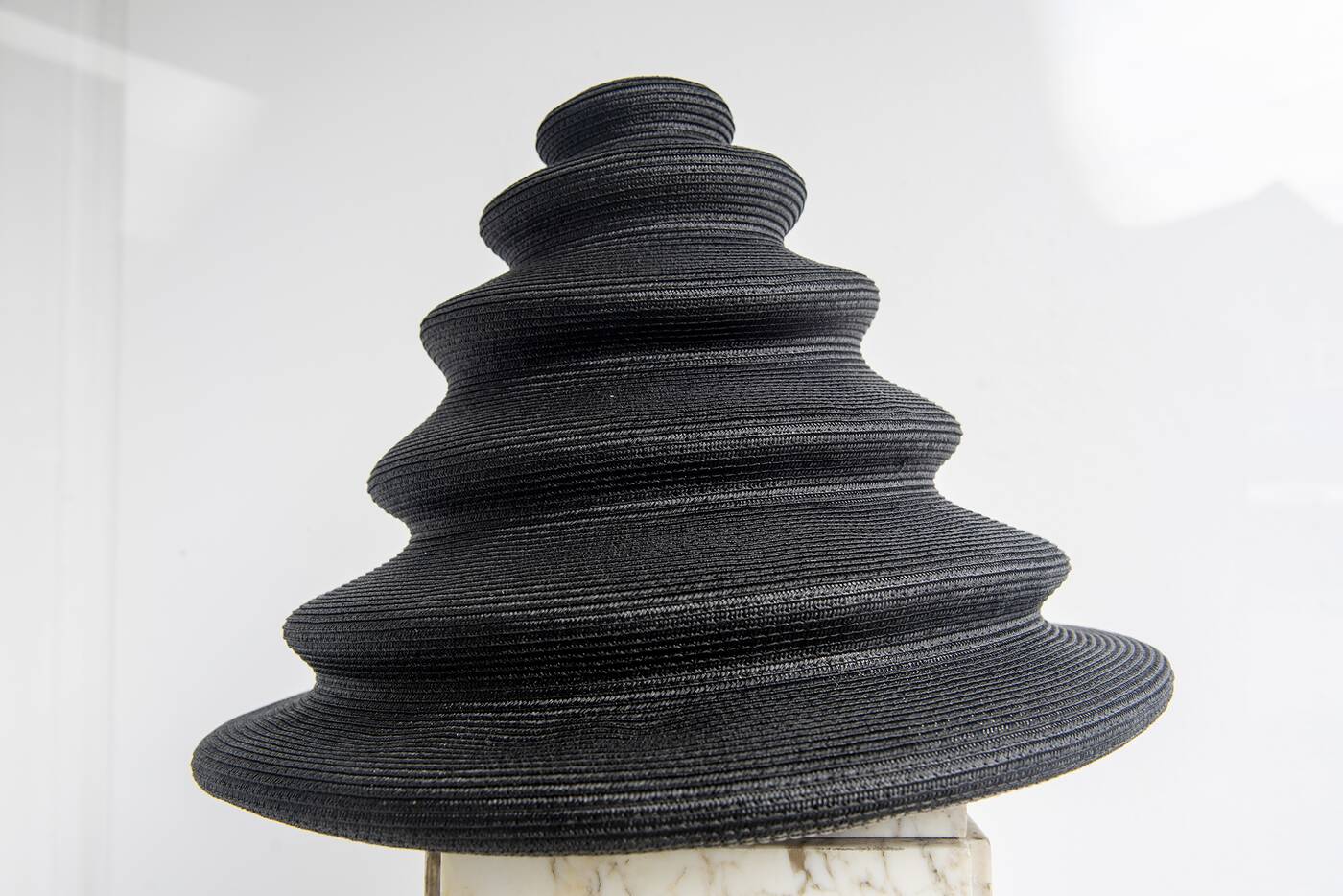 Before making hats, Keyhani had a three-year stint as a jewellery designer whose lauded 2011 eponymous collection of necklaces granted her the attention from a slew of fashion publications worldwide, including ELLE and Flare.

Prior to that: a gig at Pink Tartan, at a time when the high-end women's store was most en vogue.

Since then, her artistic and design endeavours have included ceramic hat creations for the Gardiner Museum, and an avant-garde work at AGO's Art Bash with Marchesa Luisa Casati as a fitting muse—all done while flitting between Berlin and Toronto. 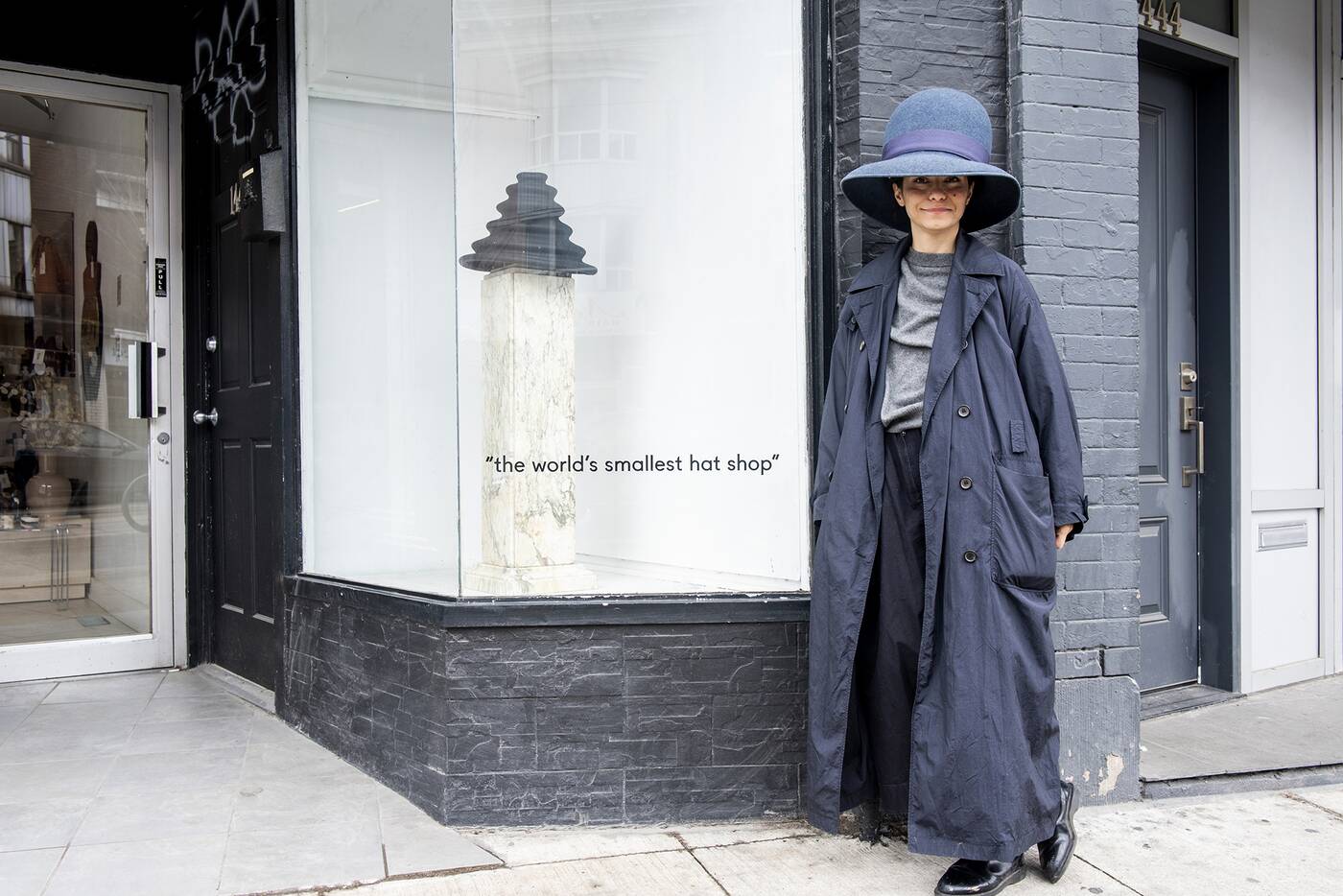 You get the impression that Keyhani is the type of person that dreams up her reality and manifests it accordingly, and in a way, this subtle hat store can be seen as the pocket-sized, IRL manifestation of her online hat store.

Her debut collection includes 14 hats like the collapsible Pink Soufflé straw hat ($355)—"If I could I'd wear straw hats all year long," she says—or my favourite (and Keyhani's): the Head In The Clouds ($350), a pink mushroom-like poof made of structural fabric that Keyhani describes as "for the brave and sensitive". 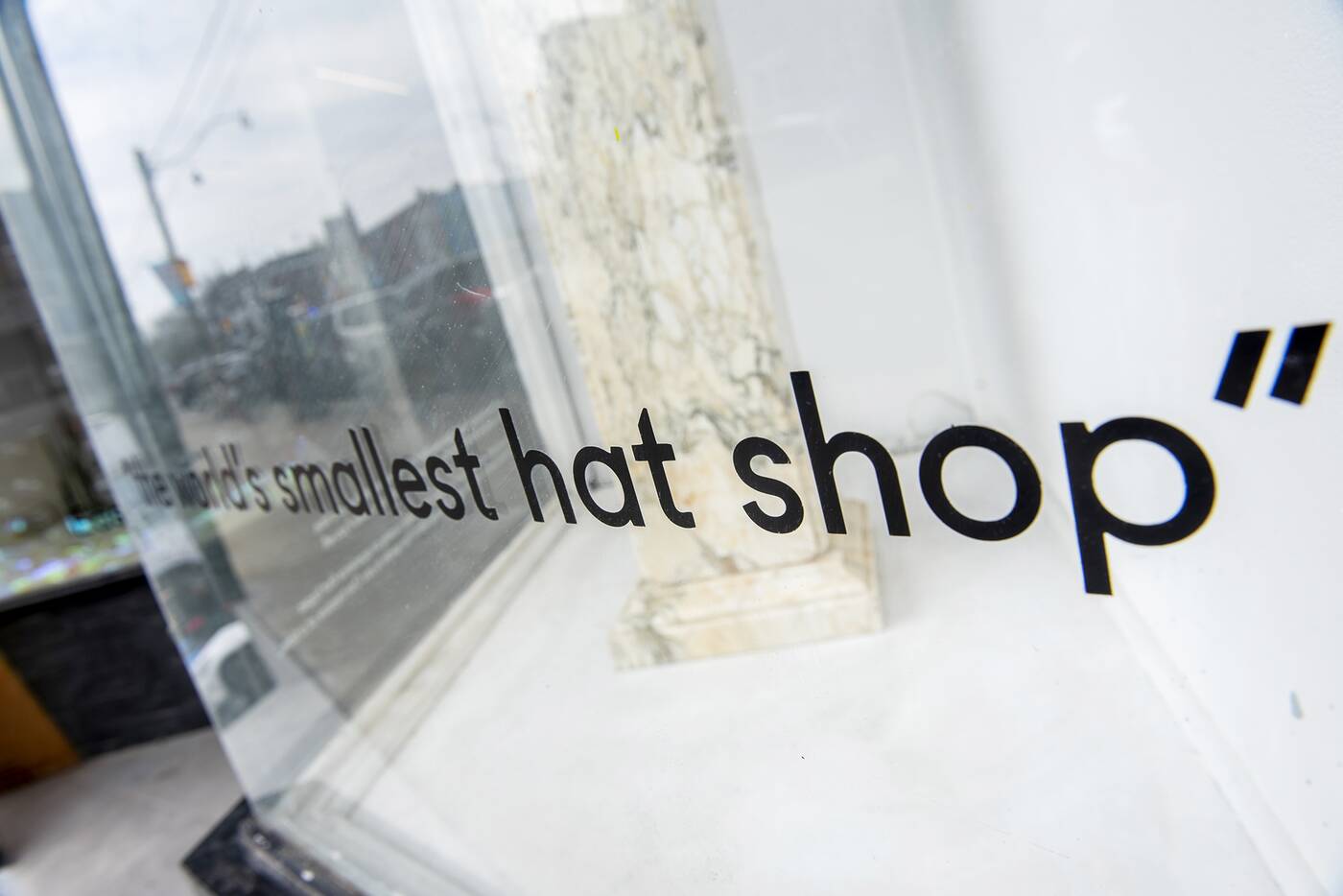 Currently on display and ready to be bought (just head to the Ease counter) is the Sculptural Crown ($595) a black straw hat with an extra-wide brim that can be tilted to the side, worn pyramid-style, or squashed slightly like a saucer hat, depending on your mood.

Definitely a designer for those who exist in the strange paradox of being both brave and sensitive, Keyhani's tiny hat shop is definitely worth a visit. Whatever's on display (possibly Keyhani herself) is a sight to behold—even if you're not a hat person. 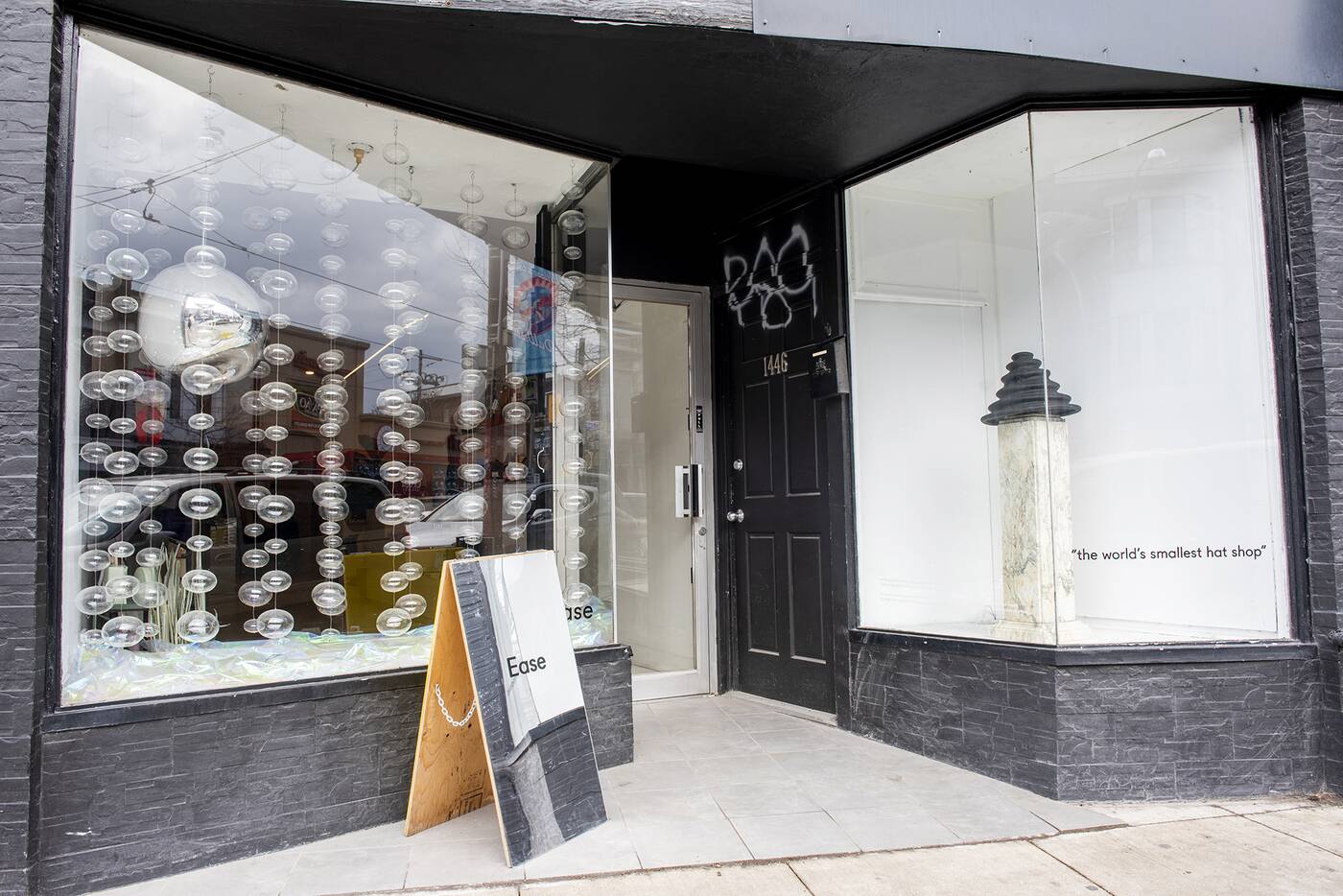