Victoire Boutique is a brand-new face on lower Ossington. But ask any fashion fan from Ottawa, and it's likely a name they'll already know.

Victoire's two original boutiques, both located in the capital, have earned a cult following through their rotating lineup of cute, classic separates and sundresses from predominantly Canadian designers, offset with quirky, low-cost jewelry. 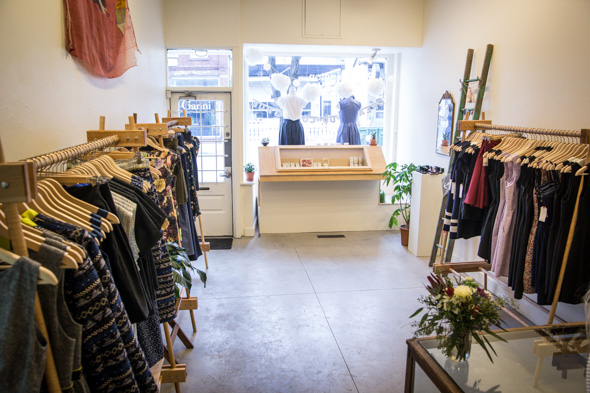 Business has been steady in Ottawa, and a Toronto location wasn't even in the master plan for team Victoire -- that is, until one of their employees came down with a bad case of wanderlust.

"I mentioned to (co-owners Regine Paquette and Katie Frappier) I was going to move, and I hated to leave my job," says Kristina Smith, who is now manning the new Ossington store alongside Amber Stafford. "And they were like, 'Well, would you be interested in opening a store in Toronto?' I was like 'Uh, yeah! I can just take my job with me?'" 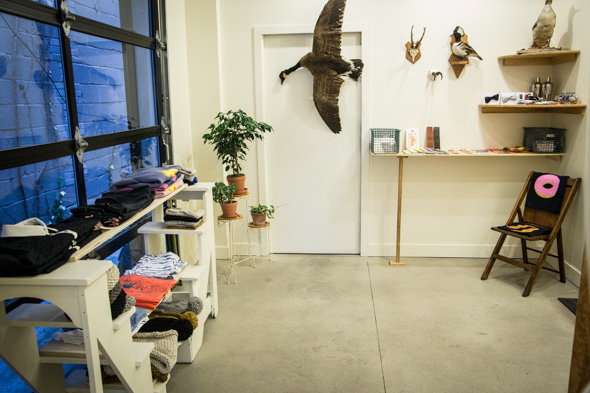 Victoire took over the white-walled space, previously occupied by the 129 Ossington gallery , in January. So beloved is the store among Ottawans that when they ran into problems securing a line of credit to get the store off the ground, they brought in over $10,000 through an Indiegogo campaign offering merchandise and store credit as perks.

In Ottawa, "Victoire is the destination you go to when you want to find that special dress," Smith explains. "Having those showstoppers is good, but we really try to buy classics, too. Like, a dress that won't look 'on-trend' -- we try to avoid the trends and go for something that's a classic fit, that you'll actually be able to wear five years from now and it's not going to look dated." 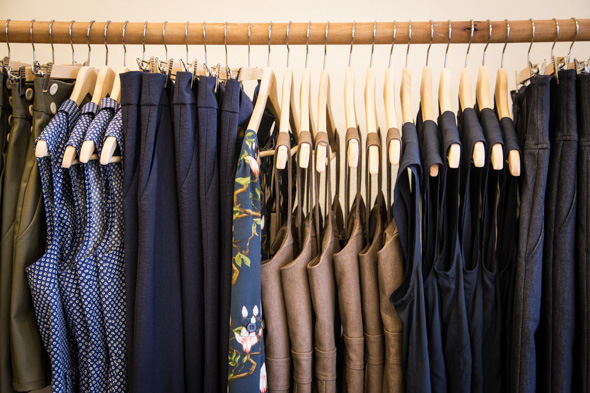 Pieces from those Canadian designers generally hover between $100 to $250, but Smith says many folks take some time to think their purchases over, and are always thrilled with their new threads when they inevitably come back. "Sometimes the way we describe it to people -- the investment pieces, the ones that are a little more expensive -- is that they're like the 'vintage of tomorrow', the kind of dress that you could pass down to your kids." 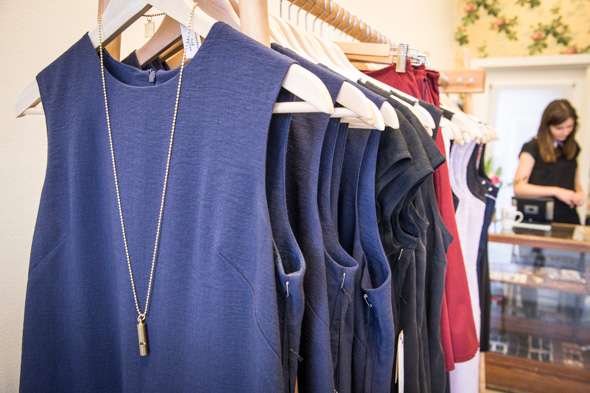 They also offer a handful of designers from the U.S. and U.K., like Darling . "Those non-Canadian lines, I think we carry mostly for the purpose of varying our price point," Stafford says. "They'll be a bit cheaper, so it's more like an introductory purchase to our Canadian lines."

They're still expecting more stock to roll into the store as things get off the ground, including pieces by Montrealer Valerie Dumaine . 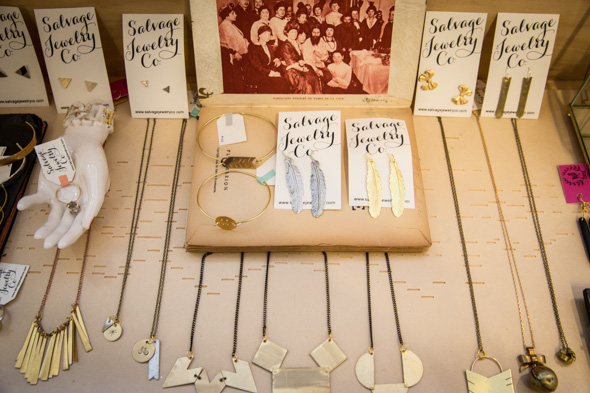 On the accessories side, there's Victoire's in-house jewelry line, Steel Magnolias (which you may have seen elsewhere around town -- I once snagged a pair of their earrings at Preloved on Queen Street). "It's actually deadstock -- our owners go on trips to New York and Las Vegas and find it," Smith says. "They've found a pretty awesome selection over the years." 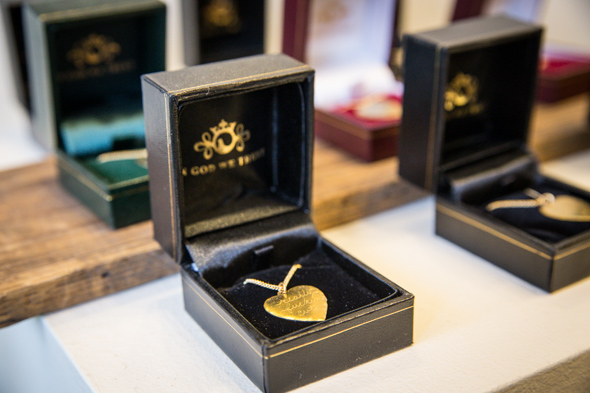 The pieces they dig up are among the shop's most adorable (and affordable, ringing in at $15 for bracelets, $19 for earrings, and $35 for necklaces). Jewelry goes up from there, including $55 for engraved In God We Trust heart necklaces (bearing slogans from 'feminist' to 'cheese burger baby') and upwards of $150 for Elaine Ho 's hand-carved, hand-cast pieces. 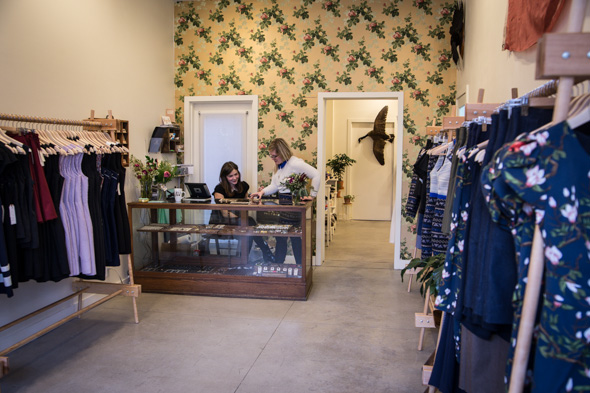 Toronto's a much larger retail landscape than what they may be used to, but so far, the response has been overwhelmingly positive. "People have been really, really supportive, especially our neighbours on this block," Smith says, adding that goes for both neighbourhood residents and local businesses -- Bellwoods Brewery even popped by with a welcome 12-pack. "We've also had a lot of people who are Ottawa transplants coming in to congratulate us, or just say hi."

Aside from growing the boutique's product selection, what else is up next? "Parties," says Stafford immediately. (Look for a public grand-opening bash this June).

"And we have to make friends with everyone on Ossington," Smith adds. "That's on our list." 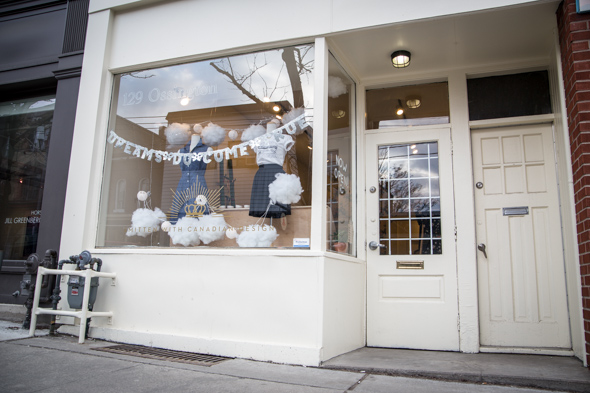