Timeless Apparel is CTS reborn, though the new store bears little resemblance to its former vintage nouveau self.

CTS on Queen at Spadina, was, for about four years, very much a thrift store. Akin to Value Village — albeit, with a few gems thrown in the mix — CTS offered a lot of gently worn t-shirts along with select vintage finds. But now, it is all and only vintage, with a much better honed collection of retro finds. 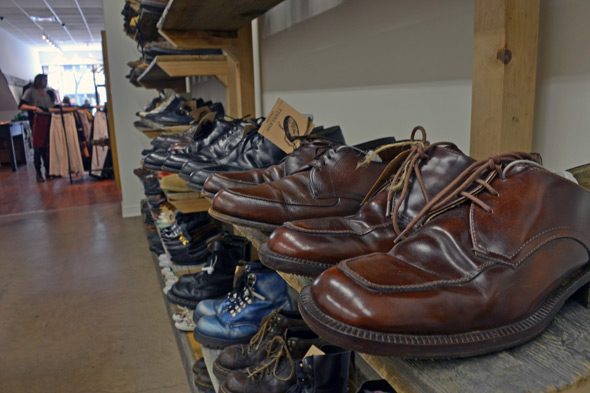 I barely recognize the store a few days after its relaunch, and I even manage to pass right by in my quest for the front entrance (in my defense, however, the exterior sign had yet to be erected). Inside, the space is transformed; Timeless is much more organized and chic than CTS ever managed to be, now with recycled barn board accents and gas pipe fixtures boasting collections of army jackets and navajo designs. And, best of all, a striking wood thunderbird surveilling the front entrance. 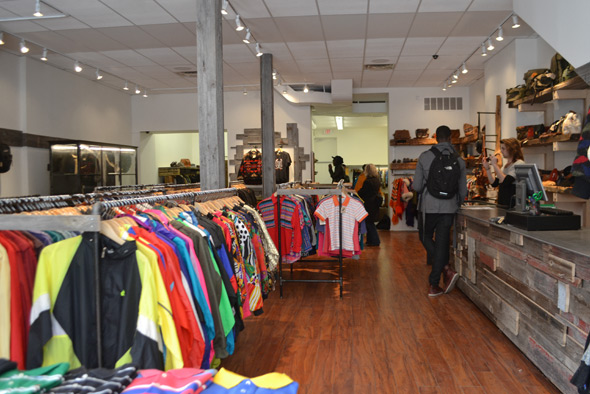 Emma Recourt of the new Timeless tells me the overhaul took about four weeks, prompted mainly by customer feedback and the changing demographics of the neighbourhood. "The appeal of vintage has definitely grown," she says, as we watch a few men affix the front sign. "Queen Street itself has changed, and 2011 was really when vintage was reborn."

Indeed, F as in Frank opened a few doors down last year, as did the new concept store by 69 Vintage and Kind Exchange by Bathurst. 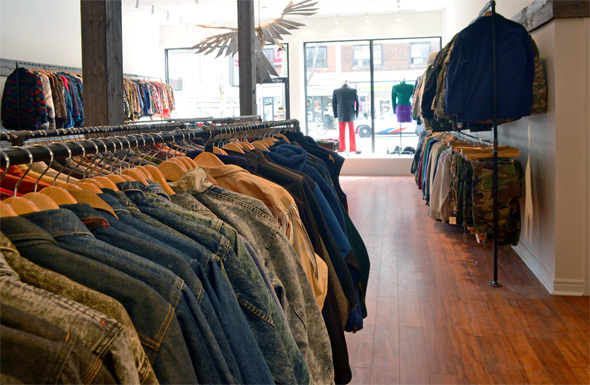 "We're seeing higher income shoppers, and shoppers who know what they want. So we've decided to give them that," Recourt continues. "Before, like many thrift stores, you would sort of have to sift through the racks to find the gems. It's all the gems now." 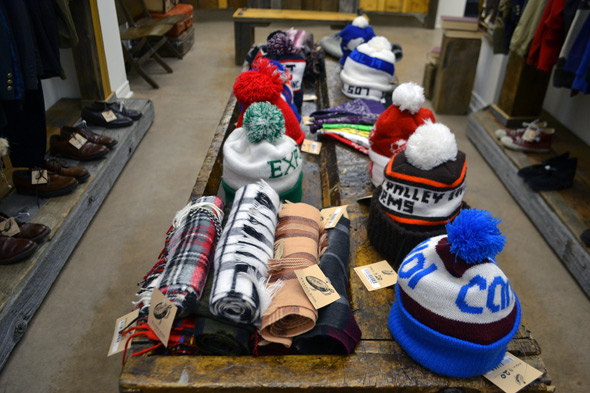 I ask Recourt how Timeless plans to distinguish itself from the growing collection of other vintage stores on Queen West now that it has lost its nouveau. "Two ways," she replies. "Size, and variety. We have a lot more space than some of the other stores, so we have room for more variety; a greater selection." Sounds to me like that's one way, but in any case, Recourt is right. The front of the store is wholly '80s/'90s, with Bill Cosby sweaters, colourful windbreakers, and lots of bright tees. Then the store sections off; men's L.L. Bean leather jackets (~$60), Ralph Lauren polos and tees (~$30), unisex ponchos and denim (~$30), shoes for men and women, and — my favourite — an entire room of sequins, crinoline, and everything else to do with retro dresses. 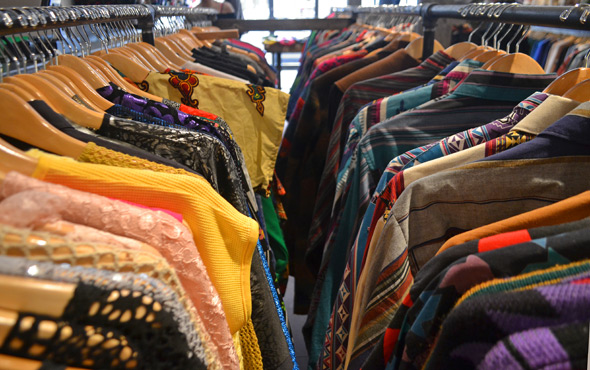 As for the prices, they might seem slightly higher, though Recourt says they simply reflect the quality of the merchandise in store. Since the bargain basics are mostly out, so too are the uber-bargain prices, in short. But customers can expect Timeless to deliver (or rather, receive deliveries) much more than CTS, with new items arriving daily — all of which, of course, is now vintage. 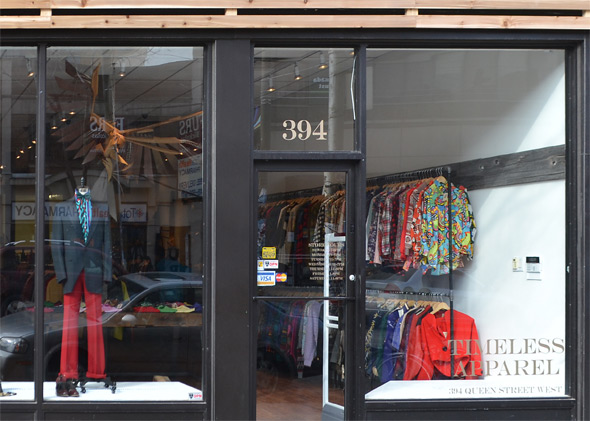