Thomas is currently open but their offerings and services may be affected due to the pandemic. Please contact the business directly for more information about any changes. Is this your business? Please contact us if you would like to update this message.

Thomas very quietly opened about a month ago on the second floor of the West Queen West storefront previously housed designer Michael Joseph Thomas' previous project-- Ruins . Thomas closed down the first-floor store several months ago, and has now dedicated himself fully to his eponymous brand, which he first launched around six years ago. 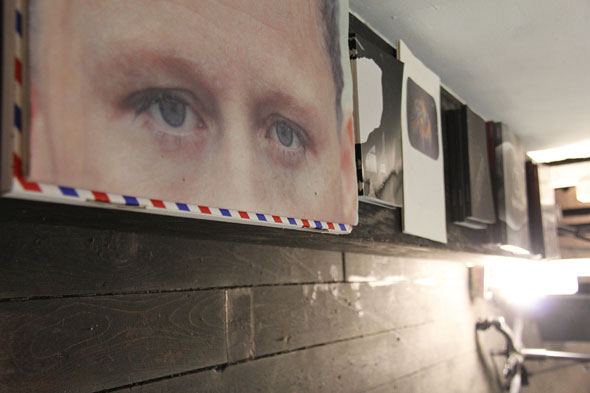 The new store is announced by a monochromatic sandwich board. Chosen , which was previously upstairs, has switched locations with Thomas, and the vintage haven's former digs are virtually unrecognizable. 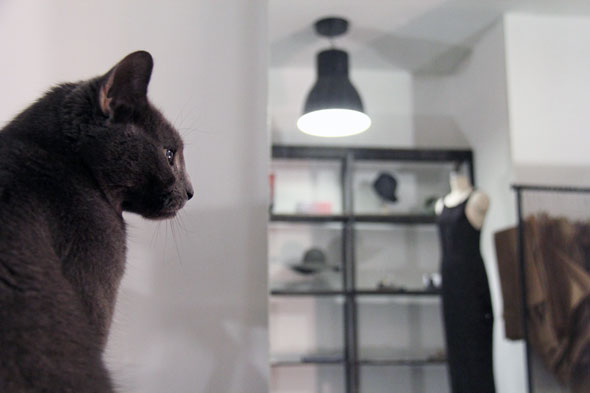 After climbing a narrow, whitewashed staircase, I'm greeted by meows, courtesy of the store's two cats, Hunter and Etienne. Bjork echoes faintly through the store, and thanks to spotlights set low against the floor, strange shadows sprout from an ornate hat rack, or a mannequin. The fixtures are dark wood, the floors are unpolished, and the store's only flash of real colour comes from a fuschia orchid.

"It's more of an intimate space," Thomas tells me, "and a fresh start." 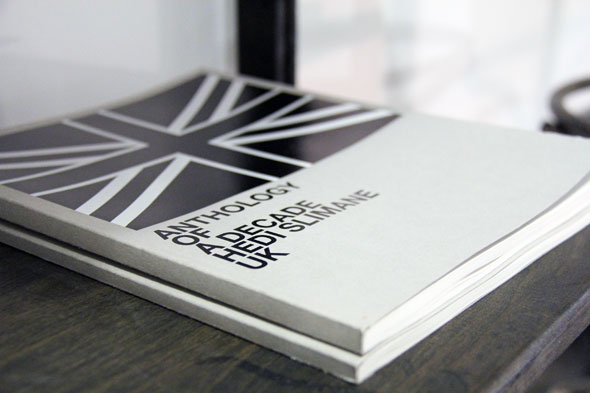 Die-hard fans of Ruins' aesthetic will be happy to hear that Thomas (which was re-launched earlier this year) sports unisex cuts, moody hues, and understated construction accents. The line has items for both men and women (and is currently displaying transitional pieces), although the men's smaller sizes would easily suit willing women. Basics hover around $80, and current prices for Thomas pieces top out around $200--a reasonable price point considering that fabrics are sometimes sourced from markets in Berlin, where Thomas has previously lived. 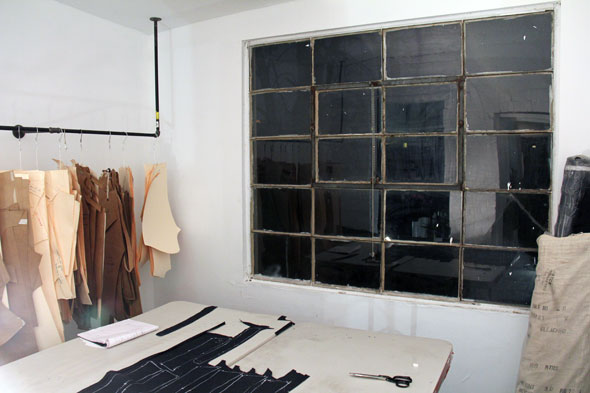 What sets this space apart from the previous location is its open studio in the back, where you can see the designer hard at work cutting patterns, as well as get a sense for future fabrics and cuts. It's an interactive experience that also lends a sense of anticipation, as you might return the next day to find the item on the rack. 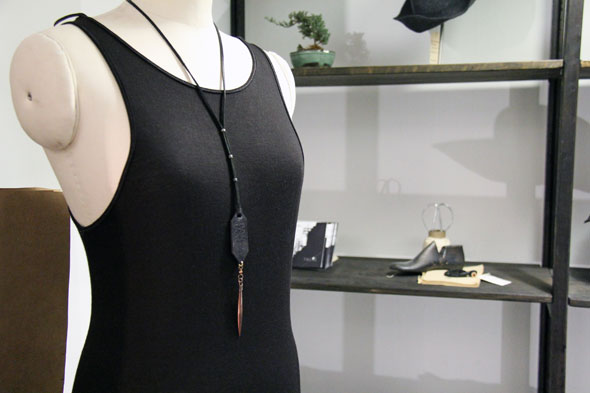 A sweeping glance doesn't do the details justice. Women's sleeveless shift dresses are available either in black linen knit ($100) or in tencel ($120), which has a surprise asymmetric tucked hem. Women will find beautifully sheened silk crepe grey skirts, and an almost-sporty, cotton, cowl-necked vest which Thomas cold-dyed by hand ($160). "You can never quite be sure what colour it'll be," he tells me. 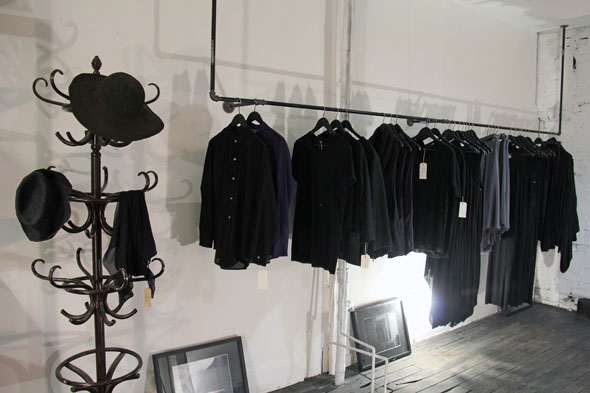 I'm told that the majority of the clientele, which includes long-time customers, locals, and walk-ins, has been male, and so there are only a few men's pieces on the rack, but the stock is replenished almost daily. There's a linen sateen blazer left over from the summer (on sale for $120), and several collared shirts. Clothing sizes for both men and women run from XS-L, and Thomas is amenable to custom work. 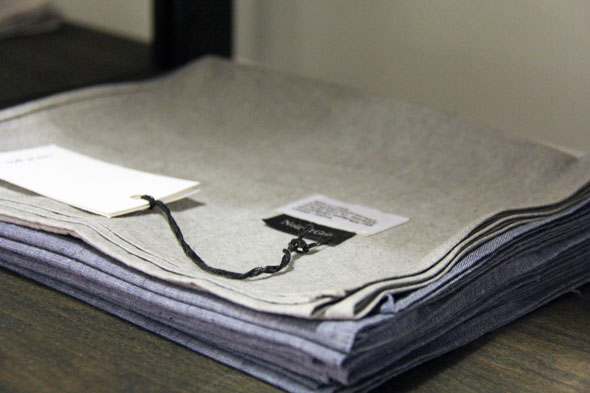 Each of his pieces bears an element of experimentation--whether it's in the dyeing or the fabrics, which heavily influence his work. Among the transitional pieces, there's raw silk, waxed linens, silk crepe and knits, with cotton flannel in the works for colder weather, and coats in the pipeline. "I use the space as a test area for what I will be sampling," Thomas tells me, an approach which allows him to get real-world feedback on newer designs. 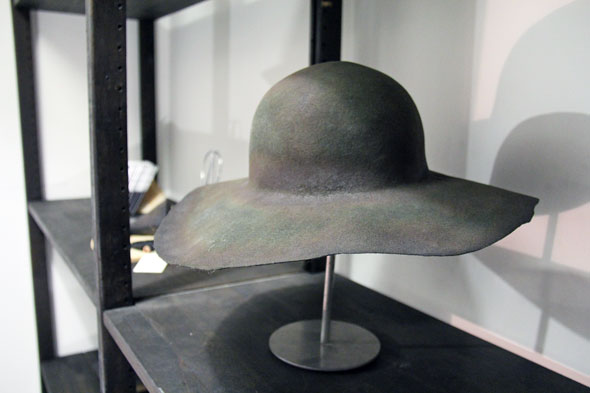 Thomas shows a bit of risk-taking by carrying Reinhard Plank 's hats from Tuscany--including for a beautiful green wool, wide-brimmed hat that's been artfully singed in places (around $350). For spring, you can expect to see the designer waxed straw hats. 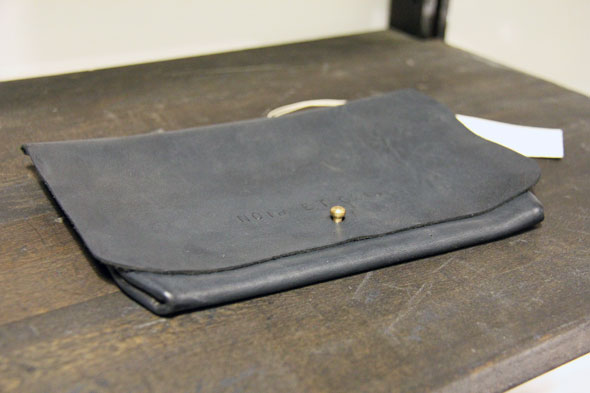 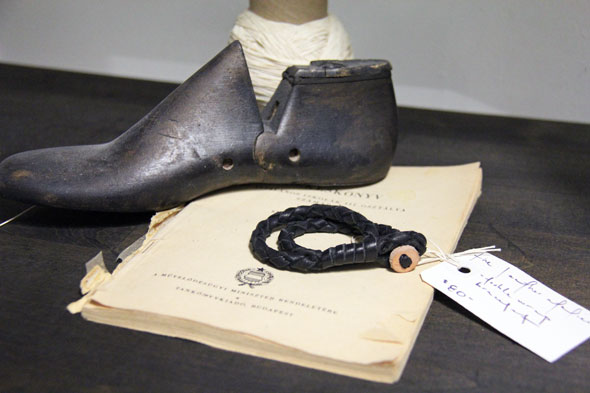 There are several of Leather Atelier 's necklaces and bracelets scattered around the store, and each model seems carefully chosen to fit with the Thomas brand. A stark monochromatic photograph of Toronto power lines and balconies is framed and mounted, and Thomas explains his plans to collaborate with the Chinese artist, Xiaomeng Zhao , on prints generated from his photographs for spring. 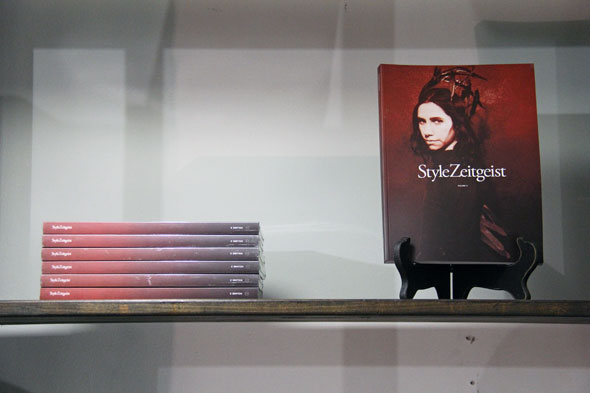 Prints represent a bit of a departure for the 28-year-old designer, who has dealt mainly with solid blacks and greys in the past, but he also tells me he's recently found an affinity for blue. There might even be bolder colours in his future, as well as bags, but the designer insists, "I'm not going to be making ball gowns anytime soon." Pity, I think. 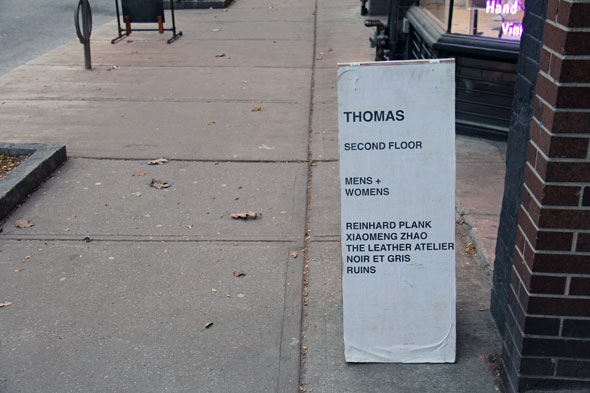 For now, the space is helping Thomas "develop the line and get back in touch with the customers." The cats--noisy, affectionate, and adorable--help, I'm sure, and I'm told that they're frequently found luxuriating on freshly unrolled fabric--those with cat allergies beware.