Marcato has opened its doors for its second unveiling in less than a year, derailed by plumbing problems that seem to plague this strip of old buildings on Queen West. Just east of Spadina, the men's and women's shoe store opened for the first time about one year ago, occupying a building formerly housing a salon and spa. And then the water tanks gave way, and the spritz (ahem) hit the fan. 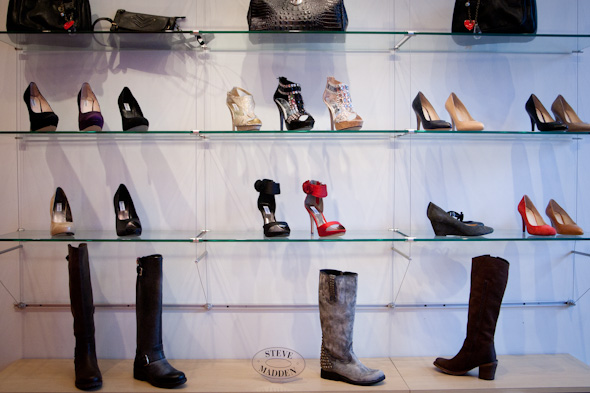 You couldn't tell, though, walking in the boutique now. The east wall is lit with an electric orange glow, highlighting its shelves of Steve Maddens, Marc flats, and Naughty Monkey heels. While it's true that this strip of Queen West (read: most strips of Queen West) is saturated with its fair share of shoe stores with Get Outside , C Squared , and Chocolate Shoes all within a block or two, Marcato manages to distinguish itself by offering slightly edgier, dressier, bedazzled designs. 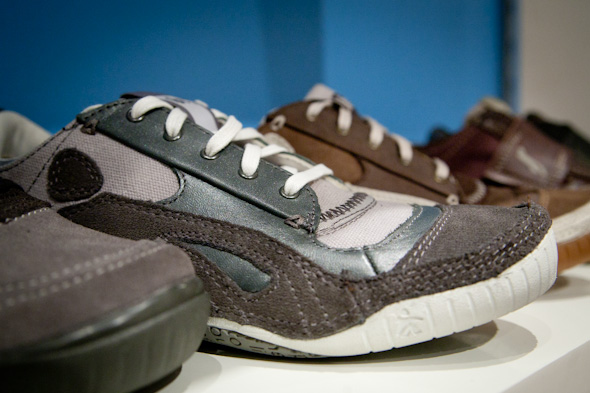 Though a lot of that bedazzlement is at the hands (or heels) of Naughty Monkey, which parades itself with unapologetic ostentatiousness in the form of nude Hot Tequila rhinestone heels ($99, on sale for $70) and Entourage black platform pumps with chains decorating the five-inch heel ($125). 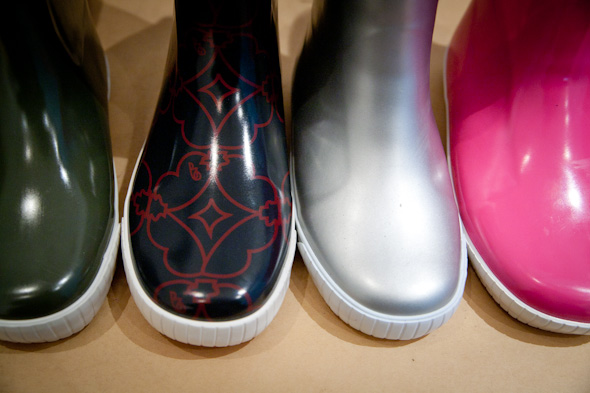 The store manager confirms my initial observations, saying that the shop tries to stray from ubiquitous flats-du-jour and omnipresent Hunter rubber boots. (Yet I spot some Hunter boots at the back, albeit, reduced from $140 to $70). Instead, he says, they try to look for trendy styles that are executed by different brands — rubber boots by Lacoste, for example — in order to diverge slightly from the saturation on the sidewalk. 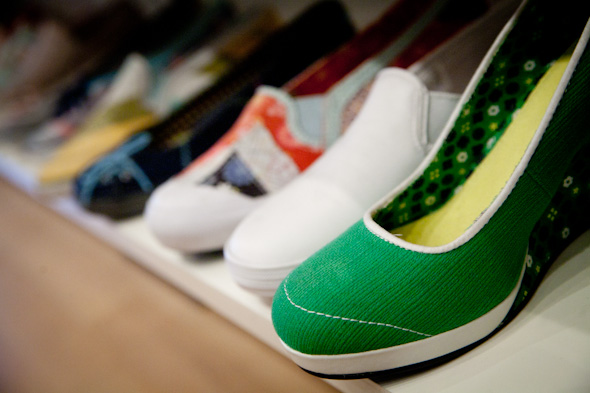 I do spot some familiar brands and lines, however, including Camper Twin flats ($100-$200), Fly London heels, and my favourite; uber-comfortable Tsubo pumps. The men's selection is of similar labels; Tsubo sneakers ($135), an assortment of Lacoste, and my men's pick--CYQWOQ handcrafted leather loafers, on sale for $232 from $310.

Marcato has been dabbling in pump-only Belgium line NoÃ« of late, hoping to increase influx as the seasons change. Needless to say, staff are hoping its doors stay open until then as well. 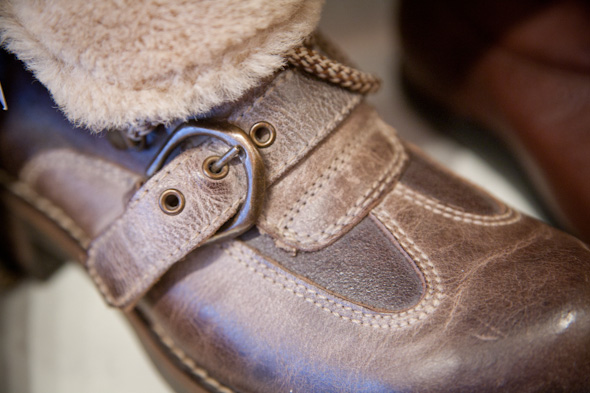 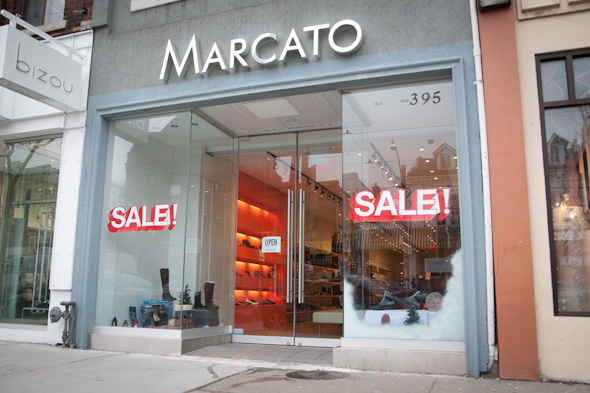