The Lululemon men store in Toronto goes by the name The Local. It's located on Ossington Avenue and to fit in, it doesn't feature a massive street-facing sign to announce its presence in the neighbourhood. Instead, there's a simple Lululemon logo hanging in front of the door way. 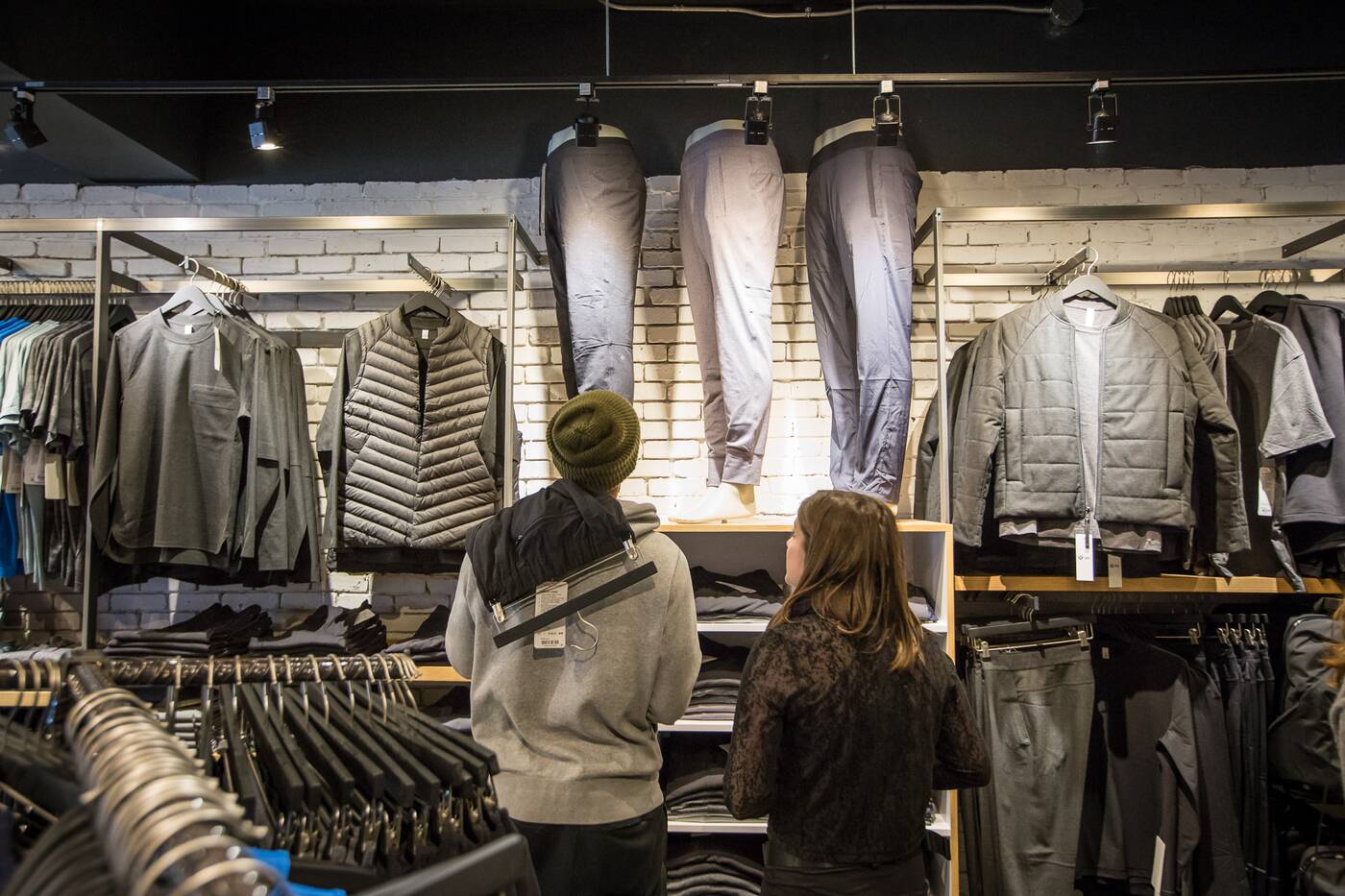 Like many stores on Ossington, The Local is longer than it is wide. Mike Krupica, Lululemon's Toronto maven and the founder of the Parkdale Roadrunners, says unlike other lululemon locations, this store focuses mainly on running and training gear. 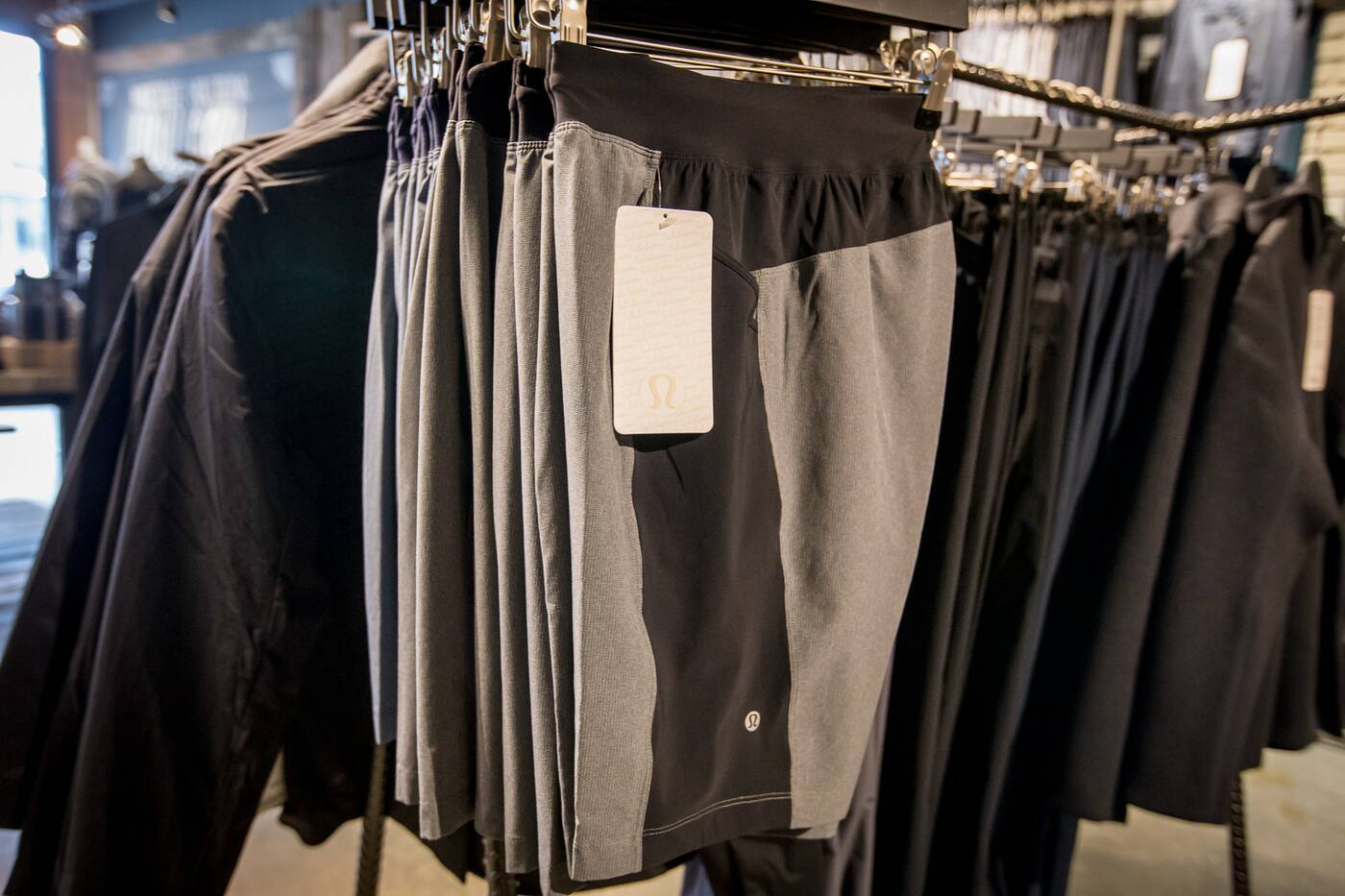 He says that's what the neighbourhood's into. It's right by the Academy of Lions gym and is close to Parkdale, where Krupica's run club is centred. 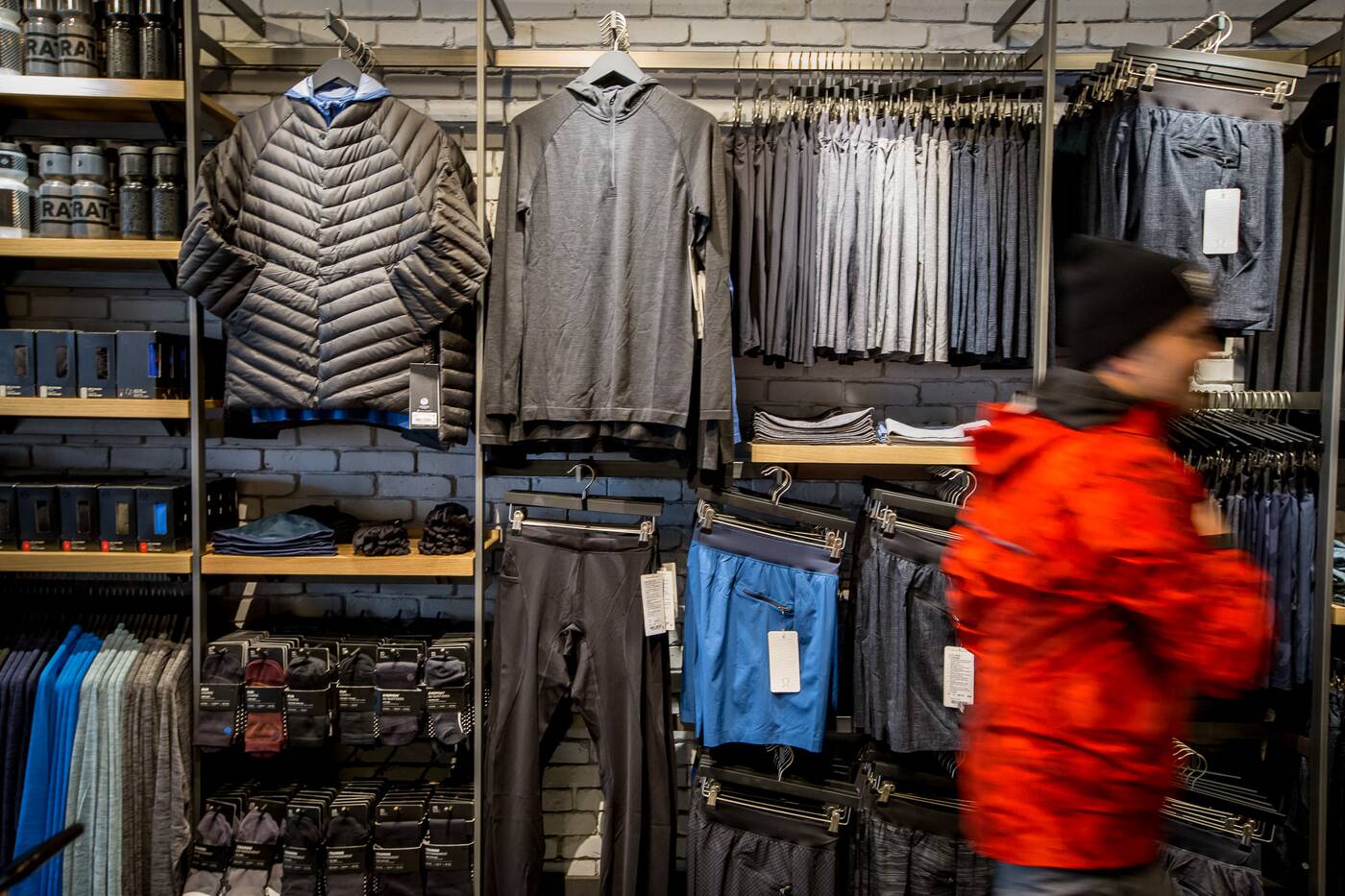 The merchandise in stock maintains a muted, fashion-forward colour palette with lots of black, grey and navy, with a few pops of bright blue here and there. 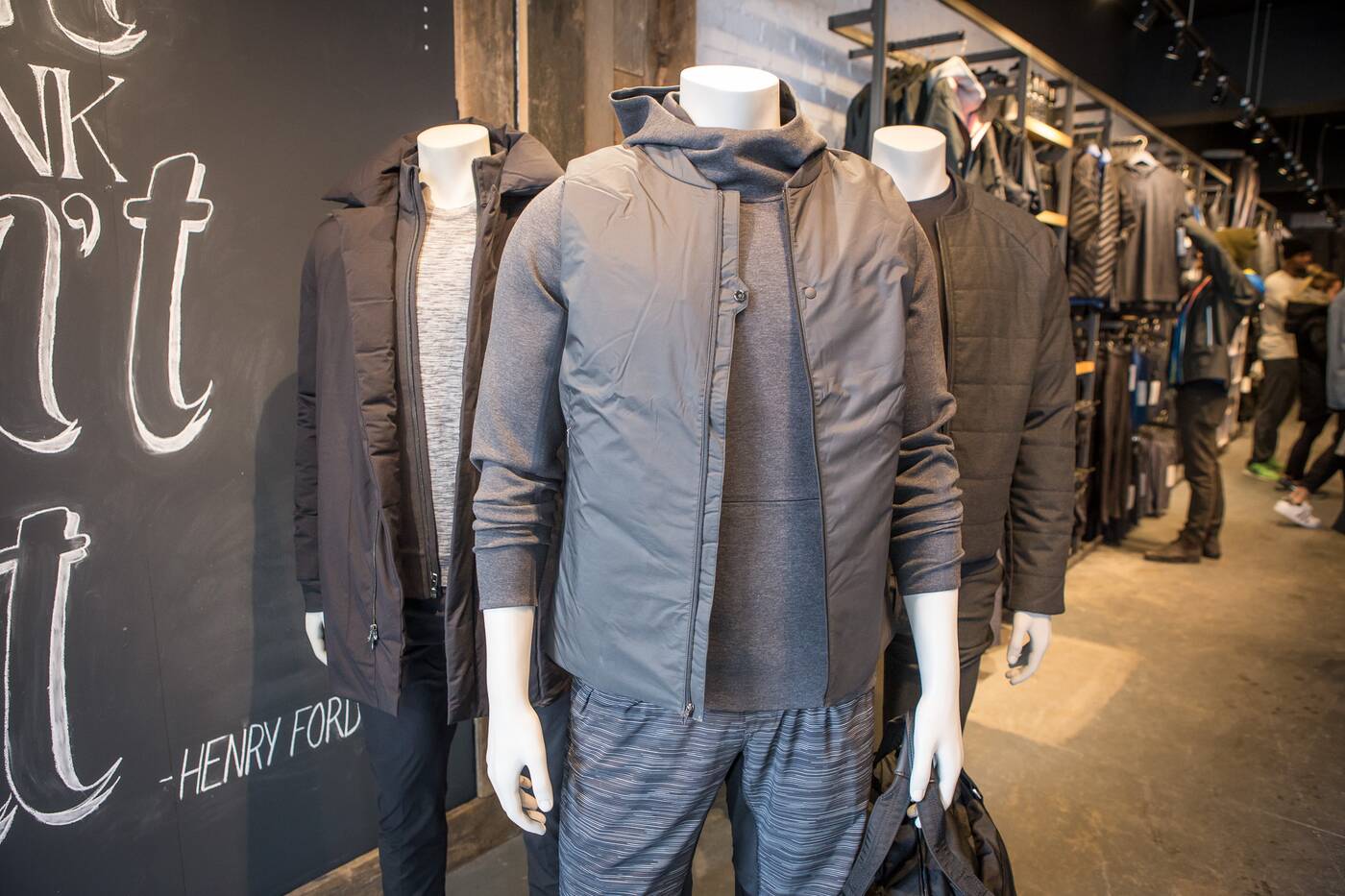 Pieces from lululemon's Lab line and casualwear, like the Commission Button Down ($188), are also available. These items aren't exactly suited for working out; they'd be more appropriate at the office or the bar. 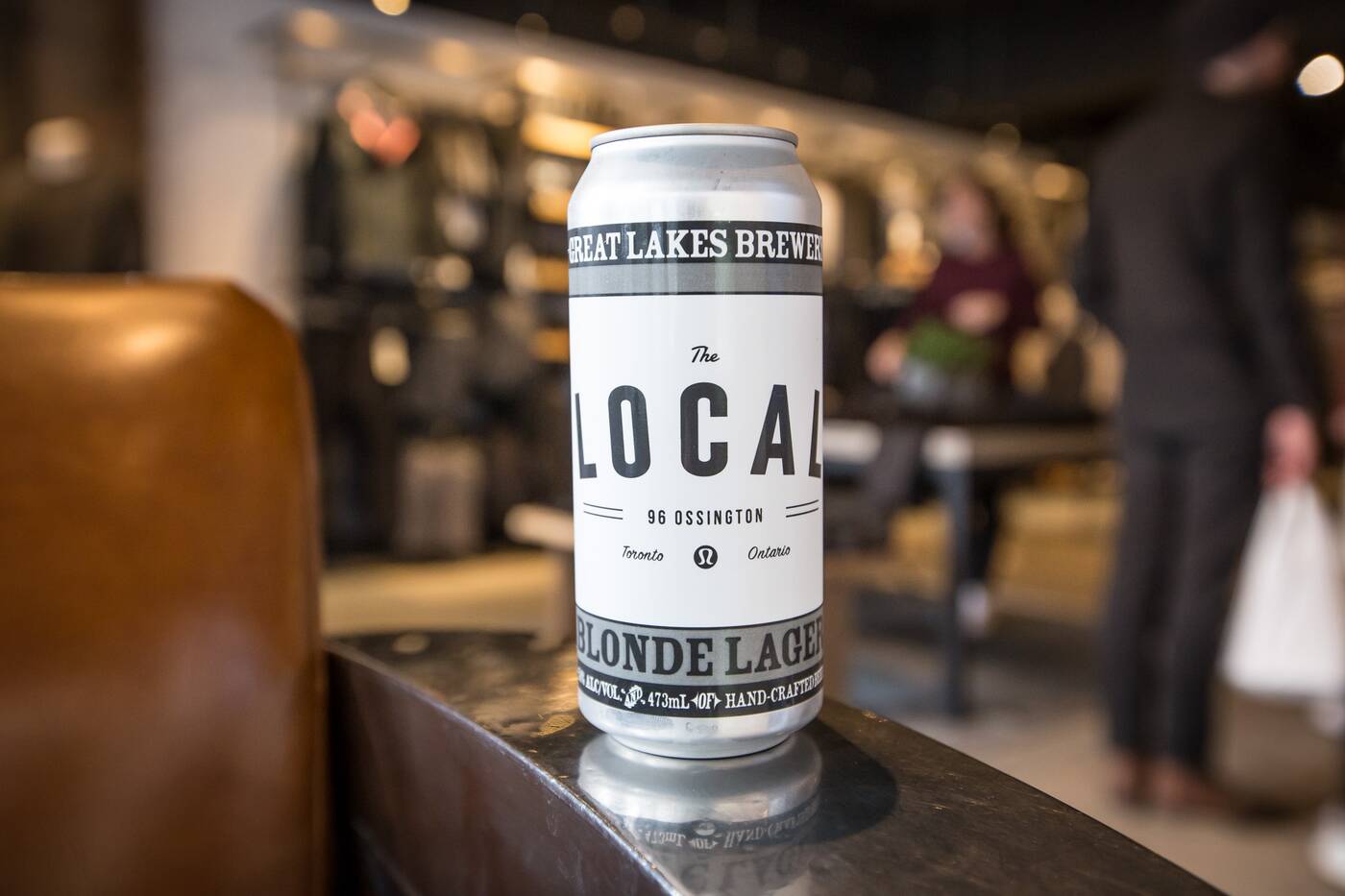 Like Lululemon's Queen West flagship, The Local maintains a lounge-like feel. Krupica jokes he envisioned it being like a cool bachelor pad without veering it into man-cave territory. 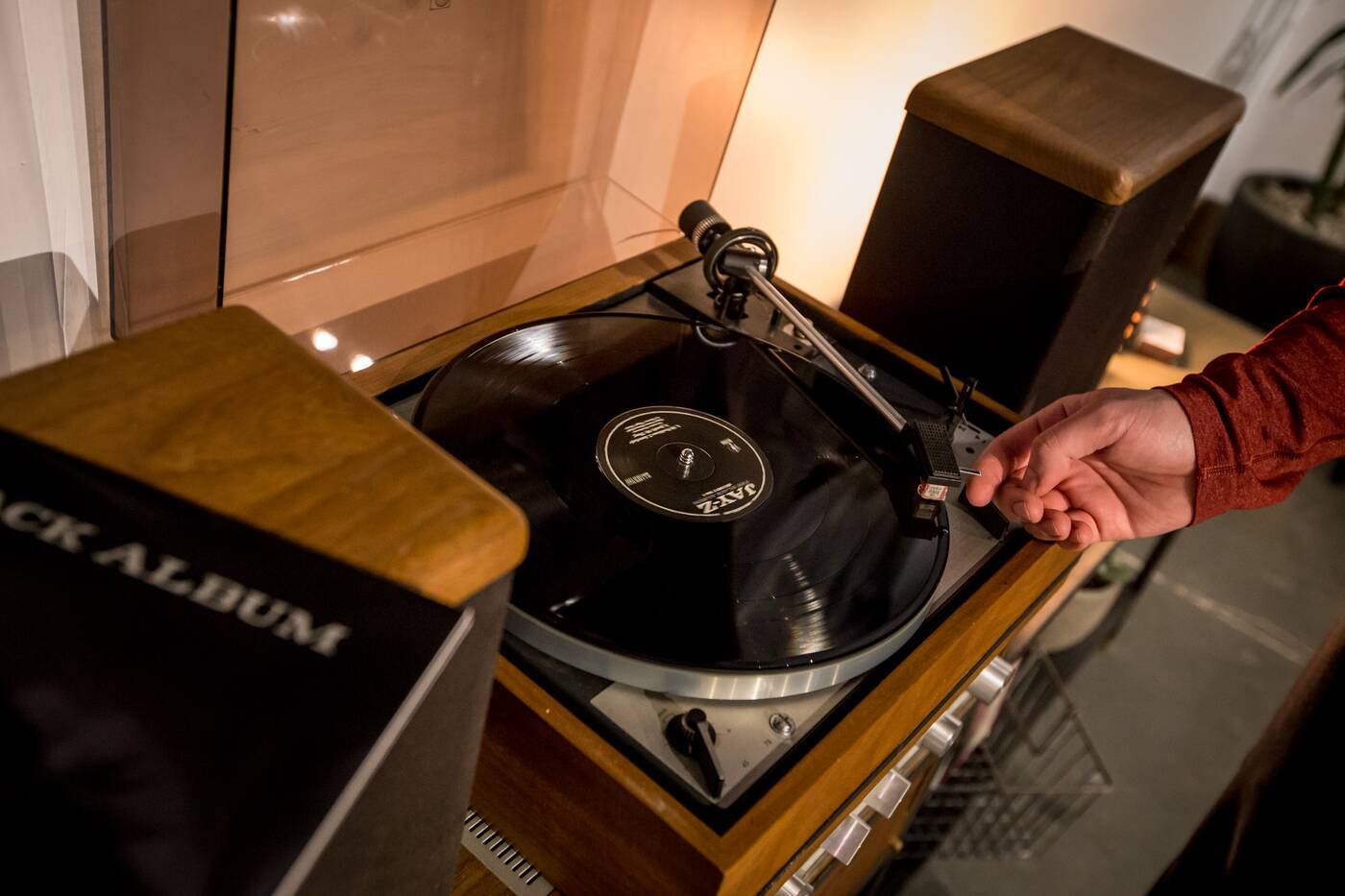 The back area's set up like a living room with couches and a turntable - when I visited, it was playing selections from Jay Z's The Black Album. 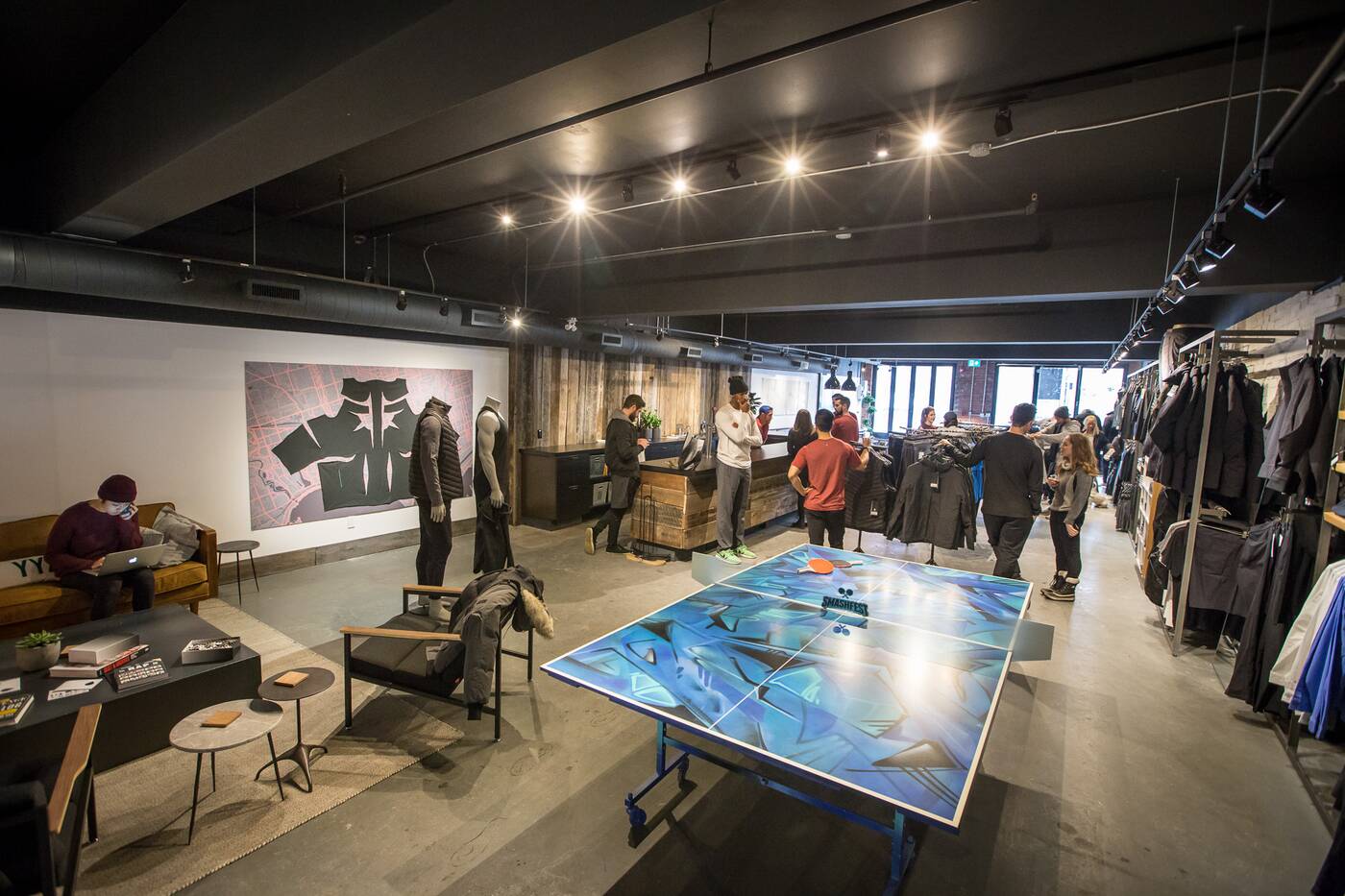 And if you get bored of shopping, you can also take a turn playing ping pong at the in-store table designed by Kwest - he also created a tactile piece of artwork for the store. 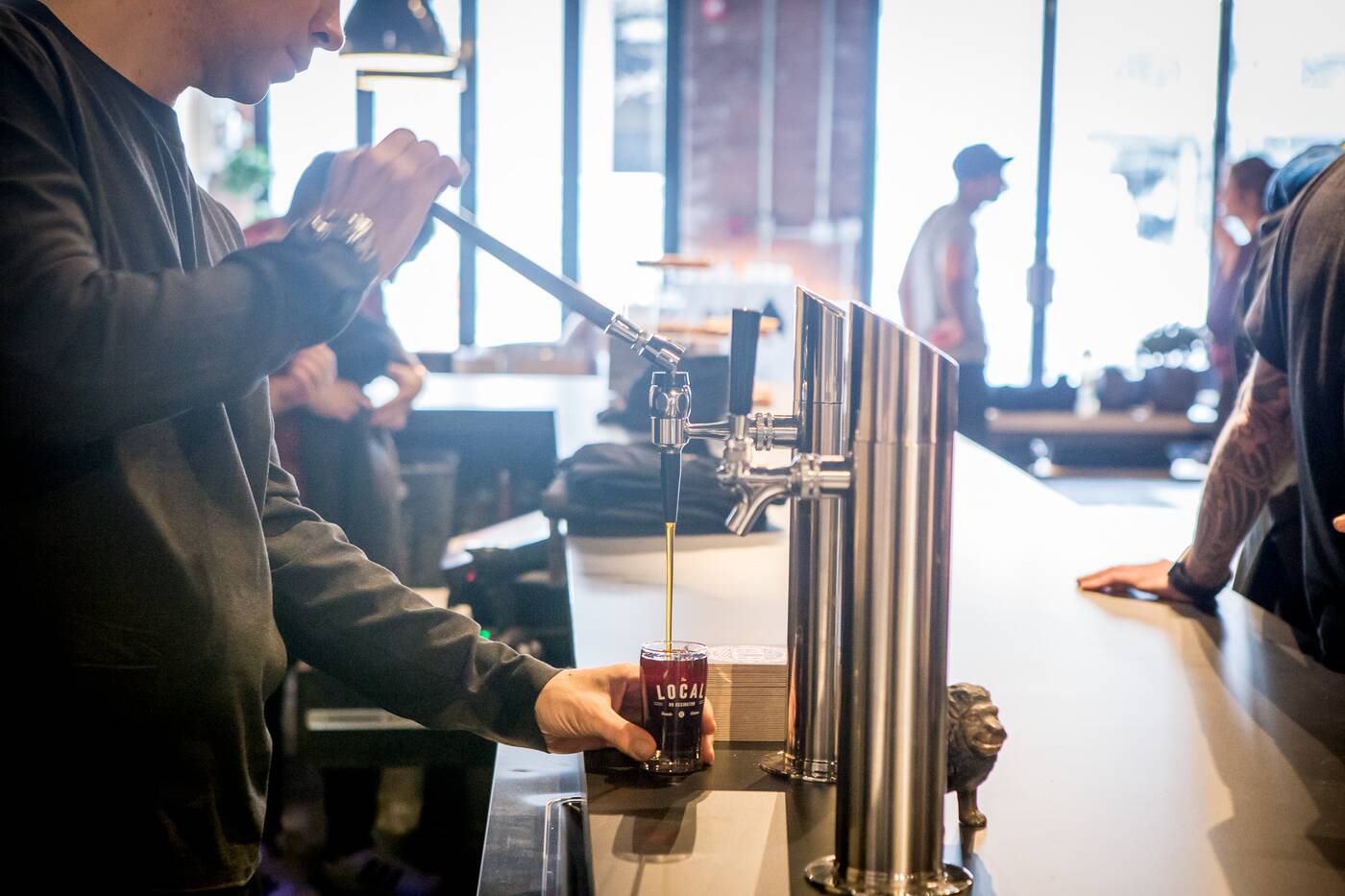 Of course, The Local has a bar, as well as a seating area, with Station Cold Brew on tap. Staff serve it on small branded cups - you have to stay caffeinated while shopping, right? 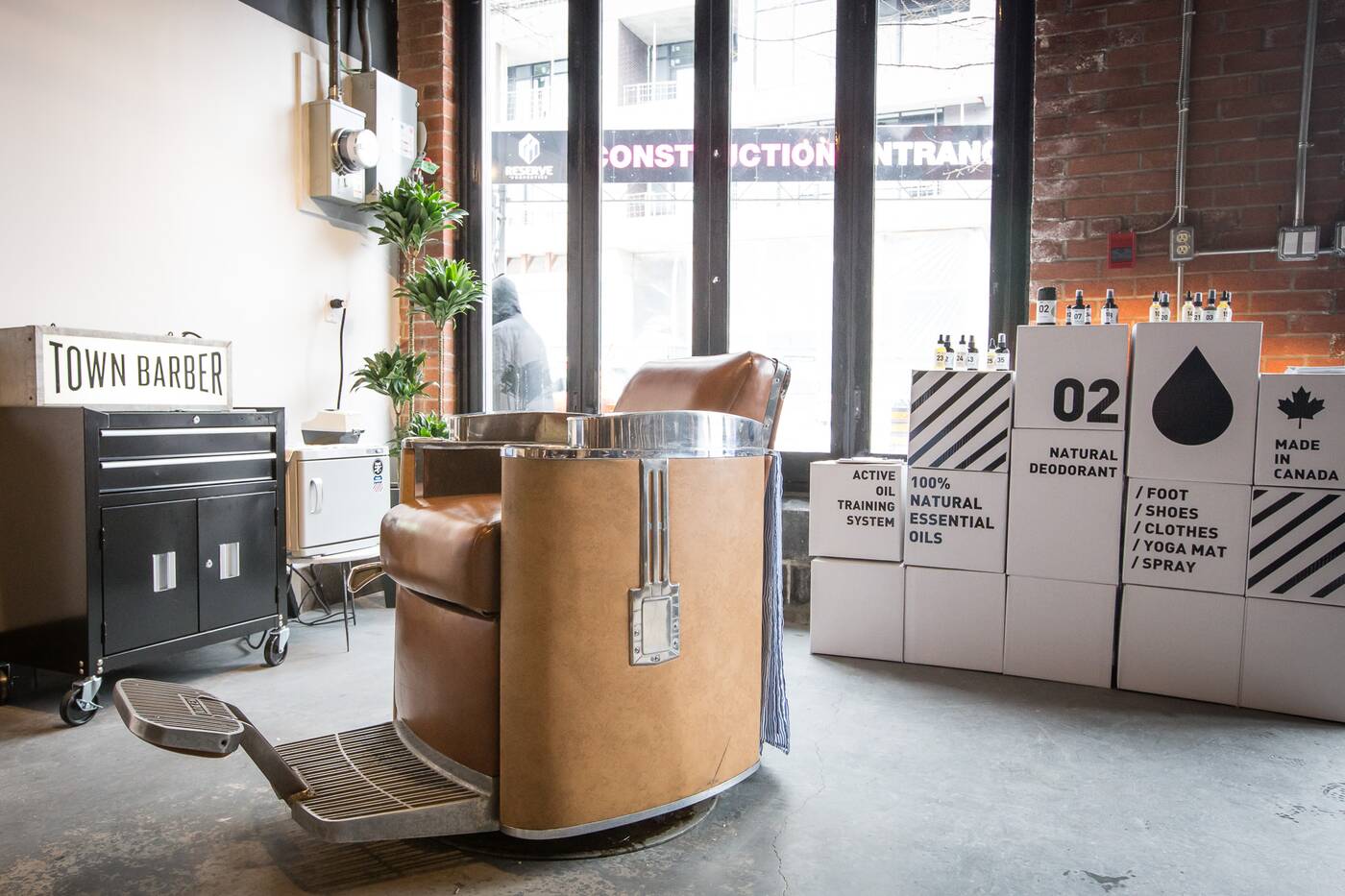 And like many contemporary storefronts with shop-and-shave programs, such as Lost and Found and the Drake General Store, this lululemon naturally includes an on-site barber. The Local partnered with the popular Town Barber and there's one vintage-looking chair by the front window. 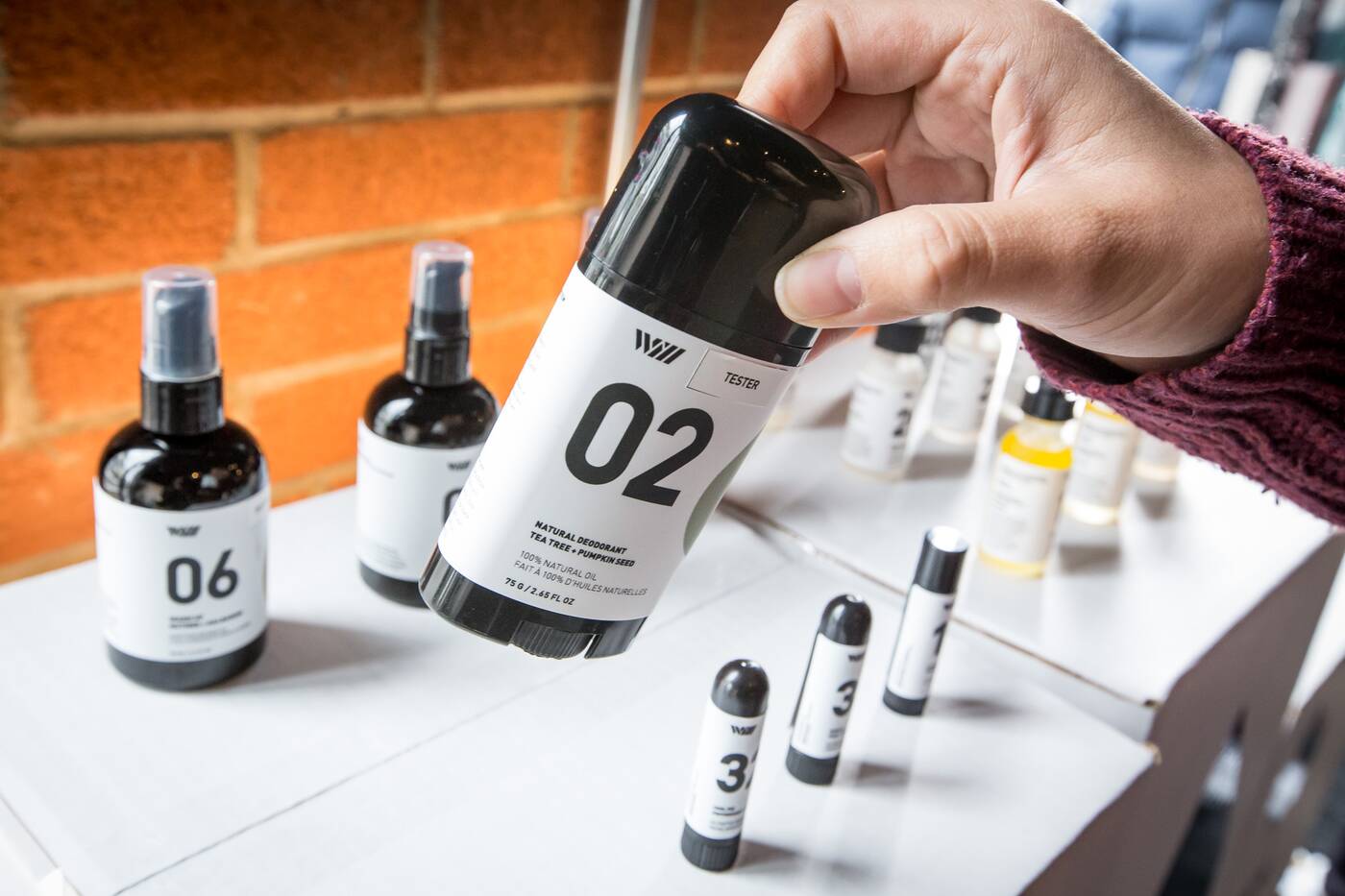 While this lululemon seems to blend into the fabric of the street, it still points to ongoing changes on Ossington as more and more big-name chains start to move in among the restaurants and locally owned stores. 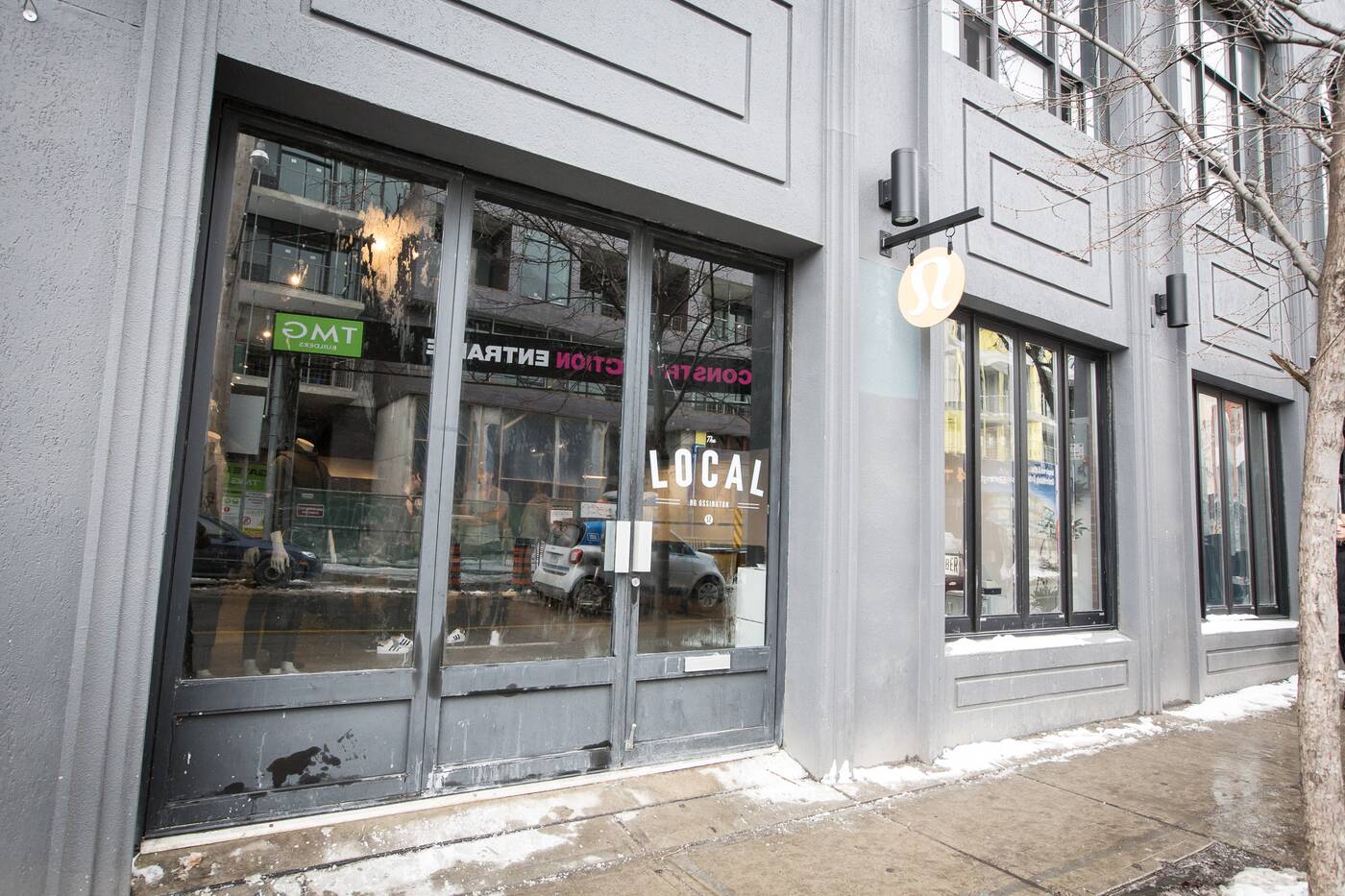