Kingpin's Hideaway falls nothing short of its name. The vintage menswear boutique is tucked away in a small space three storeys high, with only a sandwich board to verify its existence; an out-of-service elevator and an inconspicuous stairwell made my journey that much trickier. However, the final destination was well worth the expedition, and despite its size made quite the lasting impression. 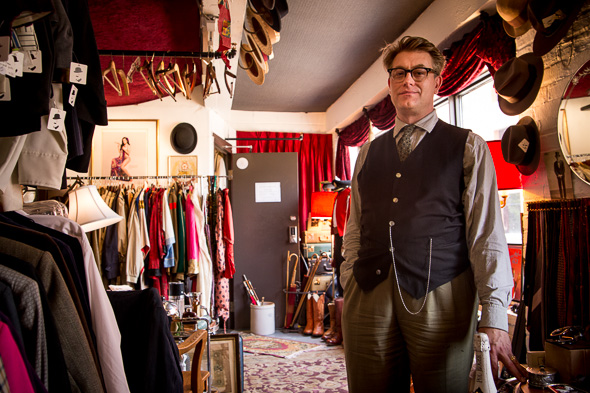 Every inch of the room is covered with clothing and curios swathed in history, down to the dull suspended ceiling now upholstered with suiting fabric. Owner Jonathan Hagey, decked out in a three-piece suit of complimentary colours and harmonious textures, greeted me immediately. After all, it's impossible to miss a customer less than five feet away. 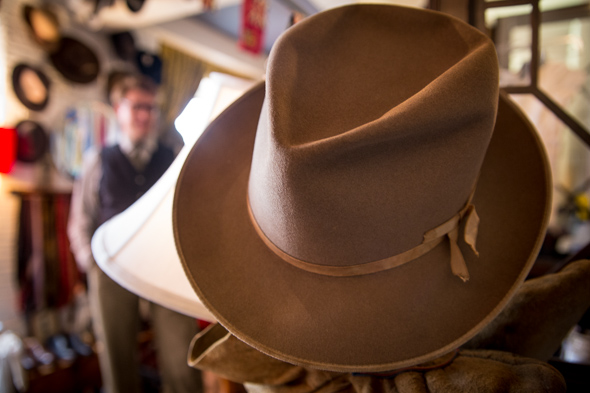 No stranger to the retail world, Jonathan previously housed his pieces pop-up shop style in Cabaret 's basement. He was quick to boast the most revolutionary aspects of the move: windows. Windows draped in burgundy velvet, no less. They let in ample sunlight to show off every knick-knack in all its glory, and although he's got racks of beautiful bespoke garments (including a $5000 gingham jacket made for Lennox Lewis in 1996), I made a beeline to the many fancy hats hanging sporadically on the walls. 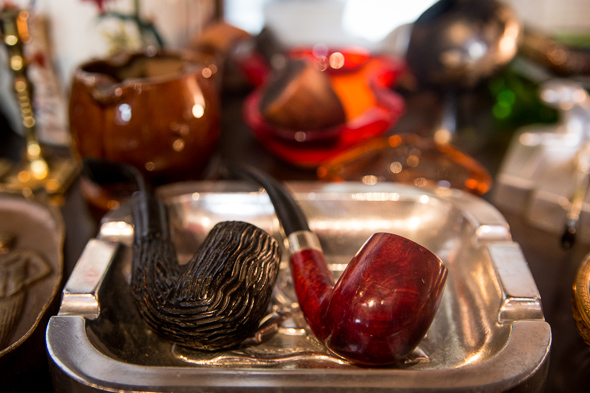 "It doesn't matter what kind of hat it is," Jonathan explained along with a very graceful demonstration, "If it's not cocked to one side, it just won't look right." Sure enough, every topper worn straight, from a 1940's wide brim scout leader number ($125) to a grey pony hair Stetson ($165), looked off. I guess the best advice for aspiring dandies comes from the dandiest of dandies of them all. 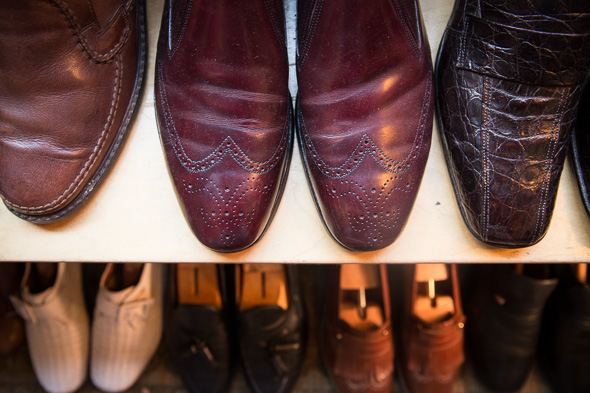 I turned my attention to the shoes lined up neatly on the floor. Oxblood slip-ons - made of real python leather ($125) - were begging to be stroked, their surface still as smooth as the live animal itself. "I've got elephant, water buffalo, and camel leather, too," Jonathan said as I dropped my jaw in both shock and fascination. Being a collector since the age of 5 means you come across some pretty interesting things -- his personal favourite being an 18th century Georgian perfume bottle, found sitting nonchalantly at a garage sale. Made with crystal and sterling silver, the strawberry-shaped container still had a bit of a scent so "you can actually know what Jane Austen would have smelled like." 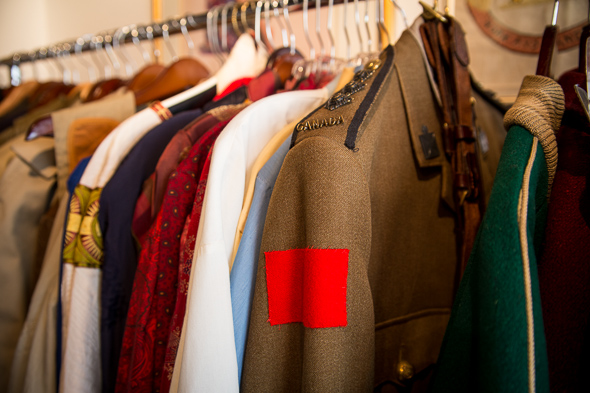 I spent a good amount of time perusing the boutique; there's just so much to see that it's difficult to simply drop by. So don't let the trek turn you off - it's the one and only place to get classic gentlemenswear (as Jonathan calls it), and it's - literally - filled to the brim with rare finds. 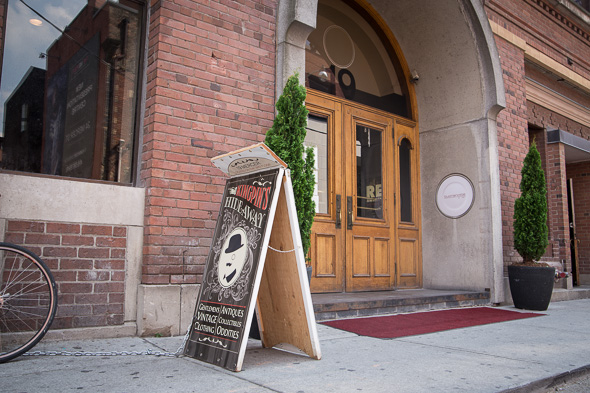