Freedom Clothing Collective goes way past clothing. The cozy Bloor West boutique, just west of Ossington, is stocked to the ceiling with all manner of handcrafted goods, made with a focus on eco-friendly and recycled materials.

The store's been around for eight years; it was originally opened as a showcase for local clothing, and was co-run by about 10 or 15 designers. When Karen Carrillo and Jelena Pticek took over the reins about four years ago, the name stuck around. 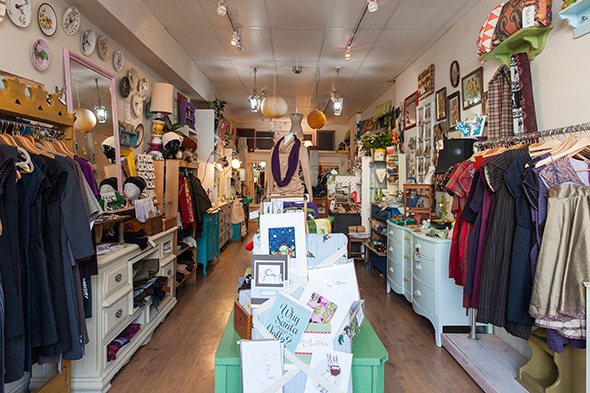 "Now, today, it's a collective in the sense that we take close to 100 designers and artists and bring them under one roof," Pticek says.

The store actually brought Pticek and Carrillo together; Pticek, who deals in reclaimed furniture, wrote clothing designer Carrillo - who was already on board at Freedom - to see whether or not they'd be interested in carrying any of her pieces. 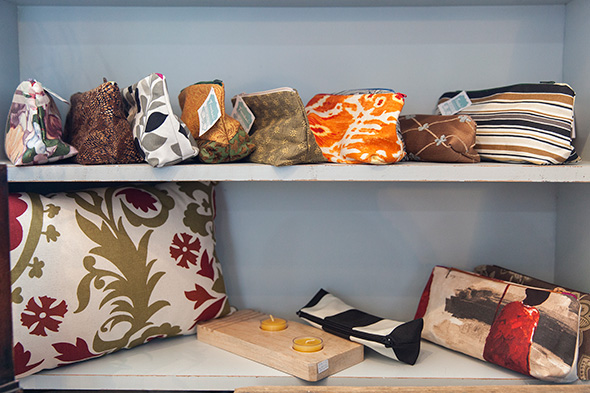 At that time, the shop was carrying mostly vintage womenswear, a plan they ultimately decided to abandon. 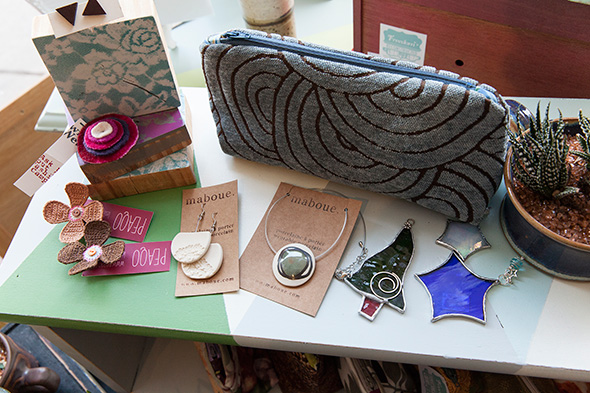 "Because there are so many stores in the city who do vintage, and do vintage properly, we really didn't feel like it was the area where we wanted to compete, so we opened up the doors to more emerging designers."

Some of them are no longer emerging, Pticek adds. "They're quite established. Like Atelier B , one of the designers from Montreal - they were just starting at the same time as us, and now they have full production going, and their own store in Montreal. We're growing up together." 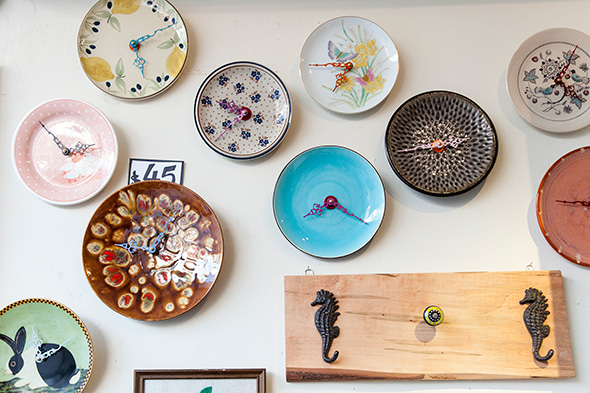 Carrillo's line of women's clothing, KooCoo Carrillo , is also featured in the store. Carrillo also offers free alterations on all of her pieces, and will do custom orders of her designs based on your measurements.

However, Pticek says, the "Clothing" part of the name has become something of a misnomer. Along with a healthy selection of jewelry, which ranges in price from ($16 to $200) and other accessories, the store has expanded into housewares, body care products, and even food items like coffee and chocolate. 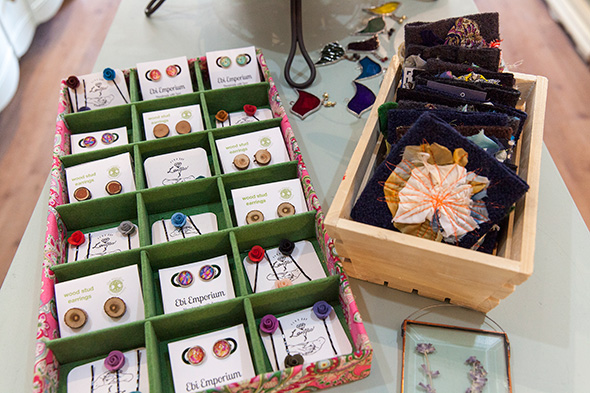 Everything is handmade and sourced from vendors across Canada, including several based right here in Toronto. "The main criterion is that things are made in Canada - not just designed, and then manufactured elsewhere, because that kind of defeats the purpose."

In keeping with the store's focus on reclaimed and recycled products, the duo create clocks out of vintage plates ($45, $40 if you bring in your own plate) and lamps out of stacks of vintage dishware (about $175). There's also recycled-fabric pillows and pouches, blackboards made from picture frames, and repainted jewelry boxes. 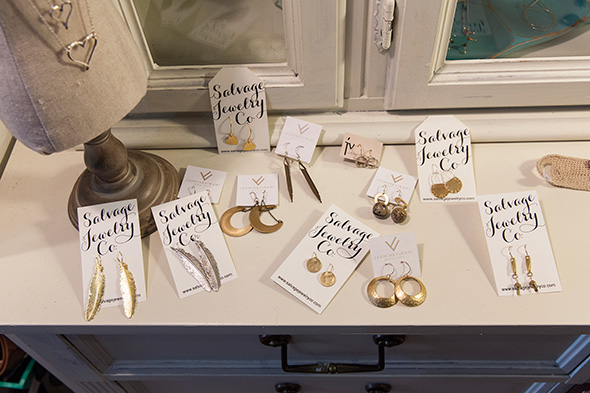 On top of that, nearly every piece of furniture in the store - all refinished by Pticek - is for sale. On the day I visited, all of the pieces were spoken for, save two.

Expanding the product range just made good business sense, Pticek says - it brings more people with different interests to the store. "I feel like I'm personally responsible for it, cause I'm the one who does the furniture, so I feel like when I came on board I came with a package." 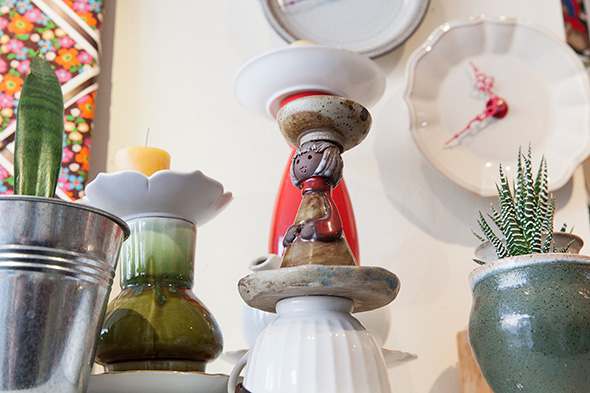 They no longer just deal in clothing, and it's not quite a collective. But Pticek says that in some ways, the name still fits.

"The name Freedom, when you think about it, is so cheesy, but it really is freedom for both of us. We both worked in corporate environments before, and so this is totally an escape from what either one of us didn't want to do. It's freedom, for sure." 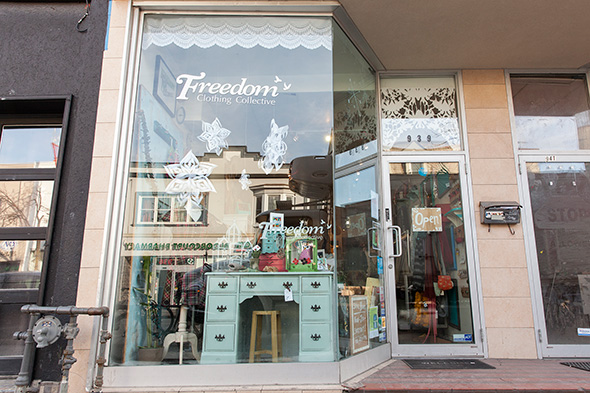 The Best Green Retailers in Toronto