Community 54 is not a video arcade, per se, but so it will serve for me from now on when I have time to kill in Parkdale . All of the glorious, highly pixelated games of my past are there in standup arcade form, including Galactica, Pac-Man, NBA Jam, and Terminator: Judgement day. No, that $0.25 slot is not just for show, so yes, you have to deposit a quarter to play a game. 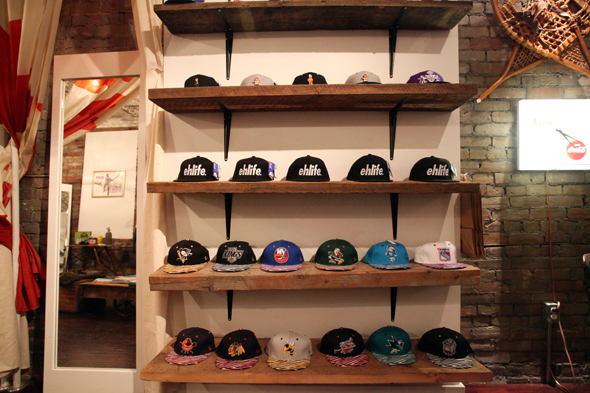 And for those who hate to give up their turn, the entire machine can be brought home (though good luck getting it in your car) for somewhere between $950 and $1500, depending on the game. Since I don't have the space, money, or--most importantly--any good excuse for buying an entire system, I plan on showing up at Community 54 in my snapback hat and khakis full of quarters and pretending it's 1993. 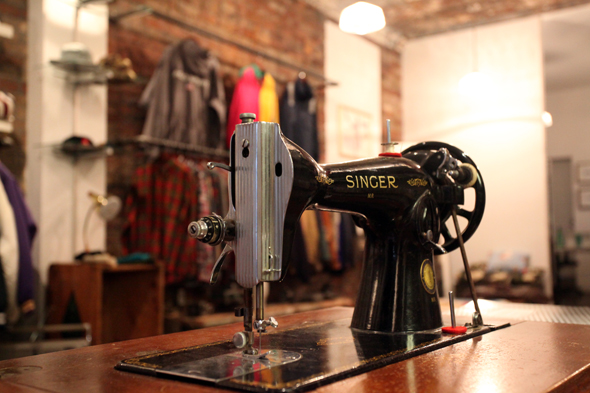 Community 54-the-original is actually located in New York on the Lower East Side. I meet one of the Toronto partners, Trung Hoang, at the new Toronto shop and he tells me the decision to open in Parkdale was a deliberate move, made to mimic the atmosphere of the New York shop. "Parkdale, sort of like the Lower East Side, is a changing community," he says. "There are still areas that are a little rough, but there's also a vibrant and growing art and family community." 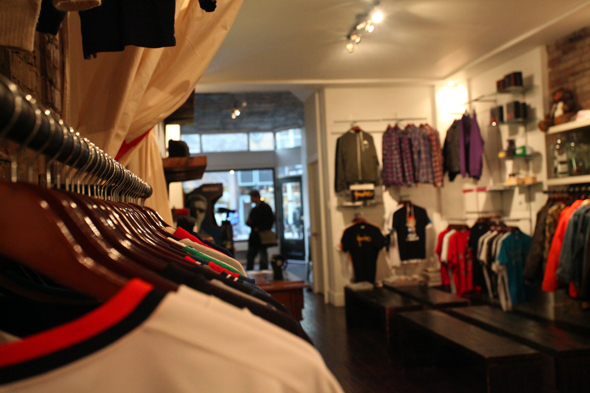 The Community 54 space, located on Queen west of Dufferin, beautifully merges old with new, starting right at the front door. Trung points out the original "Parkdale Business Men's Association" sticker pasted at the foot of the front door, which dates back to 1957. Inside are walls of exposed brick and an awesome restored tin ceiling. And just to throw you off (and perhaps make you think you're in Calgary, rather than Toronto) Community 54's makeshift change room hangs mid-space, comprised of a draped Canadian flag. "We have the same thing in New York," Trung says, "except with an American flag." 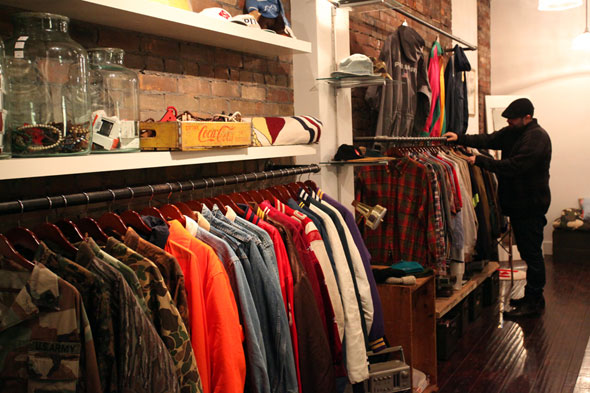 There are other decidedly Canadian touches throughout, including a pair of wooden snowshoes ($300) hung on the wall behind the cash table (which is actually an old sewing table) and rows of "Eh Life" t-shirts ($40) made by a collaborating brand. Most of the clothing at Community 54 is streetwear and almost all of it is men's, though Trung says women's clothing is on the radar for the near future.

The vibe is very 80's and 90's (obviously hinted at by the games in the front) with snapback hats ($40), varsity jackets (one with the name "Curtis" carefully stitched over the right breast, $225), and Levi's denim and Ralph Lauren plaid polo shirts. 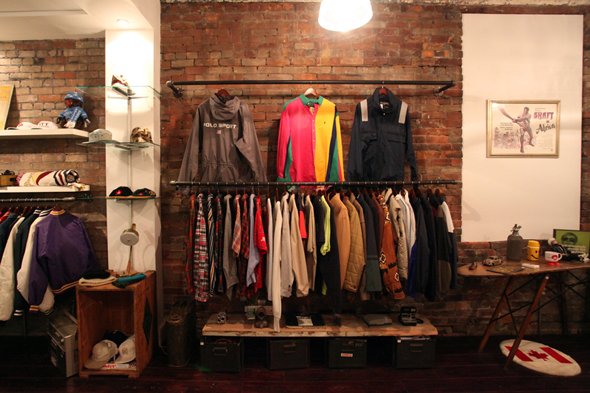 There are also little vintage items scattered around the store--a collection which includes old Coke memorabilia, a license plate from 1943 ($15), and a few of those terrible boom boxes that appeared in nearly every '90s rap video. If there's something worth reliving about that decade, I say we stick with Galactica. 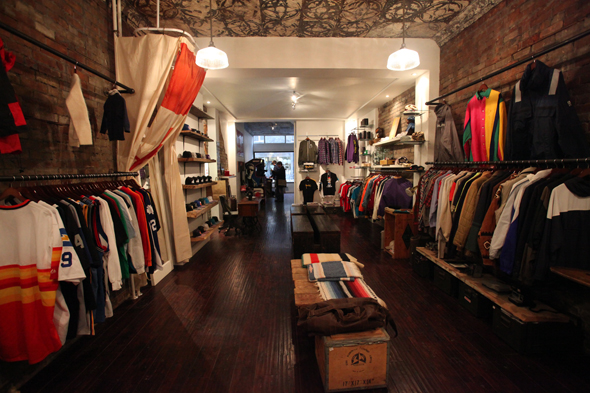 The Best Streetwear Shops in Toronto