Canon Blanc brings Parisian fashions to Toronto's streets months before they would have organically arrived.

Snagging some superb Queen West real estate just west of Bathurst, the husband and wife team of Caroline and Matéo long planned to leave France to open their own boutique. The idea was to bring the latest in French clothing and design to international customers in their home cities. But visas, of course, got in the way, and so too did the decision of where, ultimately, they wanted to end up. 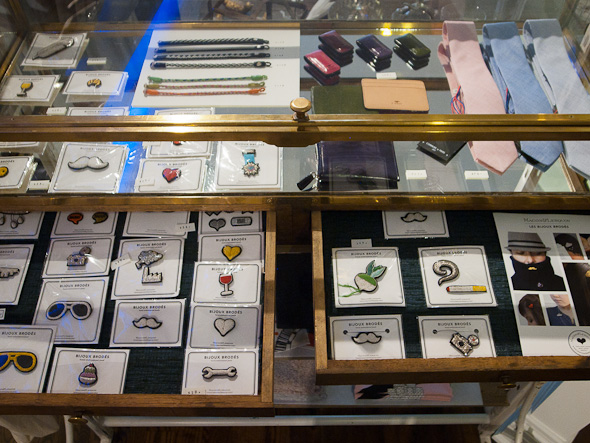 Caroline tells me the States were quickly ruled out based on perceptions of political turmoil and general safety concerns. They then narrowed their list down to three Canadian cities — Vancouver, Montreal, and Toronto.

"There's so much rain in Vancouver," Caroline tells me with a classic Parisian accent. "We already have enough of that in Paris." Montreal was quickly vetoed as well. "All the French people end up going to Montreal anyway." 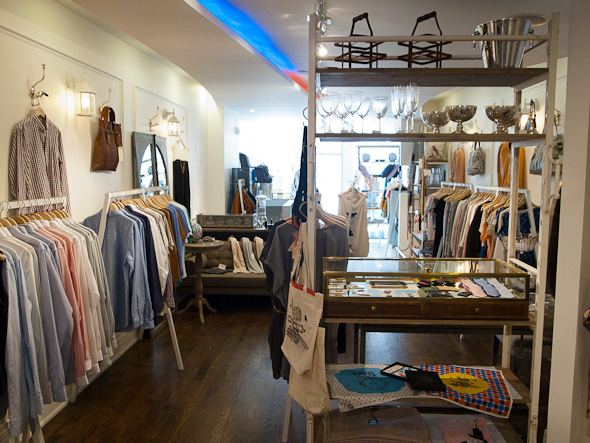 So Toronto it was, and Caroline and Matéo finally landed three months ago. They got to work with remarkable speed and efficiency, zeroing in on a former bead store and making it over with hints of classic French design.

"The general idea was to make this look like a Parisian apartment," Caroline says. "At first we wanted to do separate rooms, but we didn't have enough space in this store." 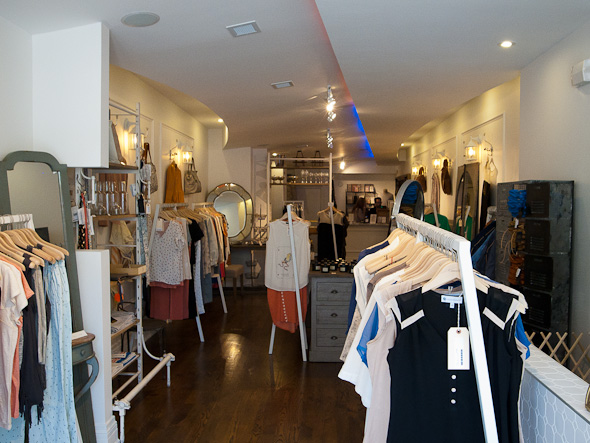 So they instead went with clean white paint, accent molding, and vintage-looking French sconces. There are display tables of reclaimed wood and sleek fabric sofas from markets in France, which not only display Canon Blanc's fashion collections, but are actually for sale themselves. 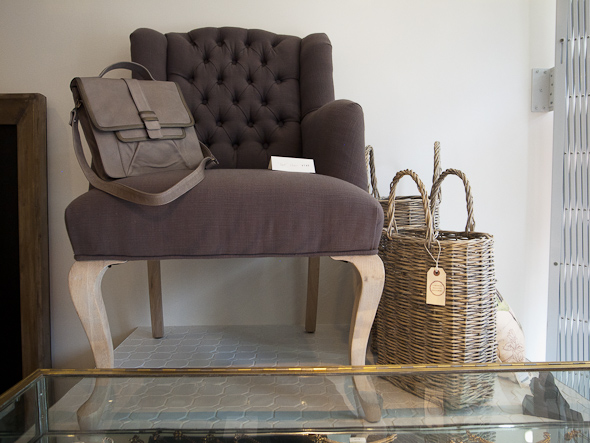 But despite the sprinkling of furniture and housewares, Canon Blanc is primarily about clothing and accessories, all of which are sourced from up-and-coming French designers. "Parisian style right now is more subtle," Caroline says. "It's more, sort of understated." Indeed, I scan the racks and there are plenty of nudes and neutrals, pretty prints and colours, but a single blouse doesn't boast more than two or three shades. 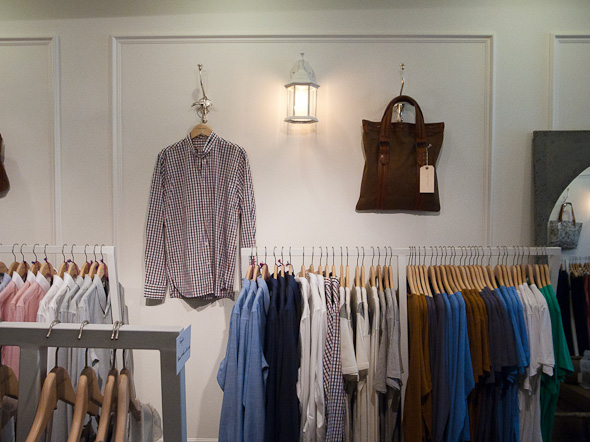 "This one," Caroline says, picking up a gold Vanina Escoubet pleated Chloe blouse ($141), "this has been selling like crazy since we opened. She points out a few of her other favourite pieces, which include a Charlotte Sometime black leather clutch ($87), a Petit Bateau striped cinched dress ($130), and Maçon & Lesquoy embroidered pins and brooches, which can be worn by either men or women. 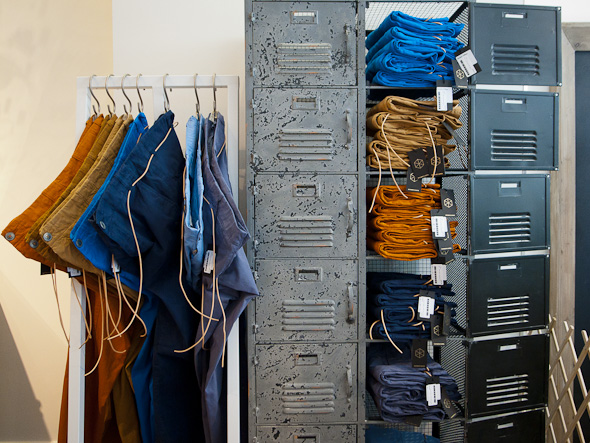 Canon Blanc hasn't left men just with brooches, however. The shop also includes a complete collection of men's clothing which, according to Caroline, straddles "classic and streetwear." Button-downs all seem to have unique construction details, including the Commune de Paris with its sewn-down collar and Johnbull with its hidden buttons. 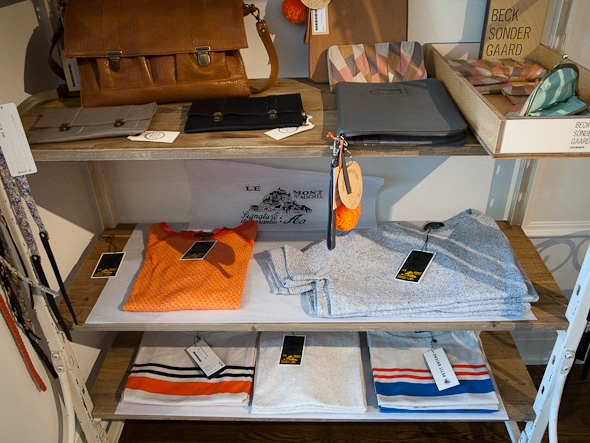 Caroline and Matéo know many of the smaller French designers personally, and they hope the designers will find Canadian followers through their shop.

"They are so excited to be selling in Canada," Caroline says, reporting on her recent liaisons with designers back in France. "And we are just really excited to be bringing their things here. 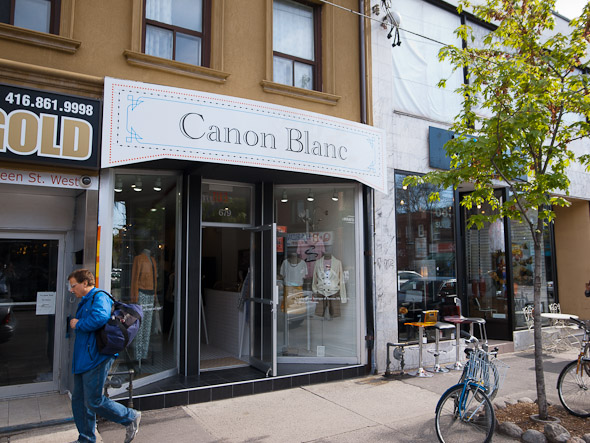