Black Flower Vintage is injecting some Montreal-style fabulousness to Dundas and Ossington. Owner Sacha Laberge, a Montreal import, is operating a vintage boutique that's focused on men, for a change. It's already one of the best new vintage boutiques in the city.

Most of the clothes have an adventurous, whimsical spirit, with a strong '70s bent. Bright scarf-print blouses, polka-dot Versace pants, and chunky stainless steel and silver jewelry are just a few examples of what you can expect to find at Black Flower. 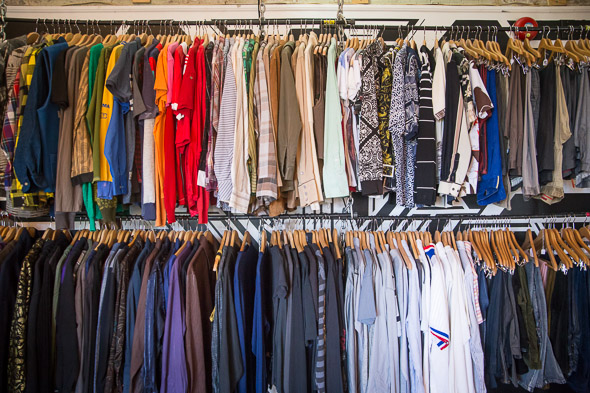 The most interesting part of the store, though, without a doubt, is Laberge himself. We get chatting like old friends, arguing about reality TV. (He claims most of it is reality and that they forget about the cameras. I think not). I want to sit and smoke 100 cigarettes with him and continue debating all of the important things in life, like who is the king of rap . 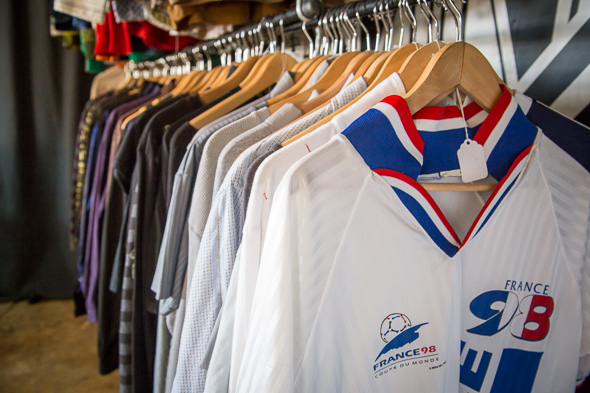 Laberge decided to open up shop because he noticed a serious gap in Toronto's men's vintage clothing market. "I would just go to Value Village before. No one wants to spend two or three hours digging; it's annoying." 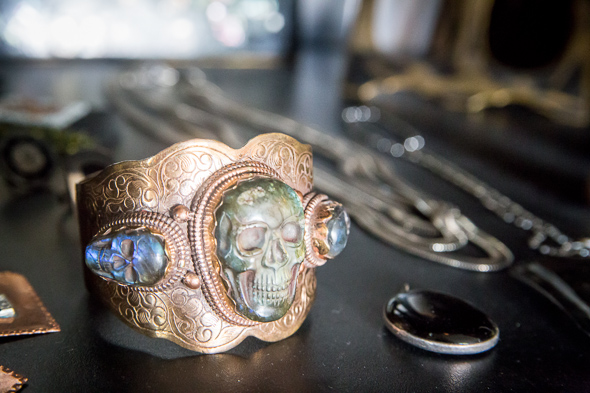 While there are some designer pieces in the shop ("That shit's like two Gs, man"), Laberge doesn't focus too much on who makes his stuff, so much as how cool it is . Read: A stainless Chewbaca ring. Pretty sure every dude I know would rock this with pride.

Laberge has a great eye, and he worked tirelessly to get the shop on its feet. He just opened two weeks ago, and though he didn't have any stock whatsoever starting out, Black Flower is full of gems already. Laberge is the kind of guy who really just has fun with fashion. He brandishes, for example, a gorgeous fringey cape at me, raving about how it's so fabulous it'll never be sold. It's a shame, though, because it would look incredible with one of the many Navajo-inspired beaded necklaces on offer ($30-$80). 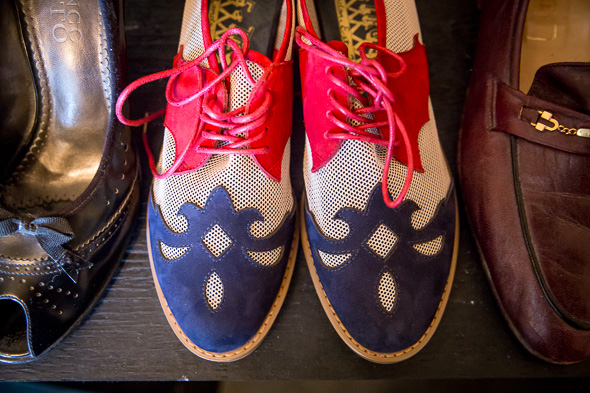 Laberge does stock some slightly more mainstream plaid shirts and tees, and the pants aren't too outrageous. But, overall, I have to say this boutique isn't cut out for men with a faint of heart approach to fashion. If you wander in, you should prepare to embark on a sartorial adventure. Black Flower is set up to invite company, with a comfy couch for lounging, great light, and enthralling conversation built in. Go forth to Dundas West and enjoy. 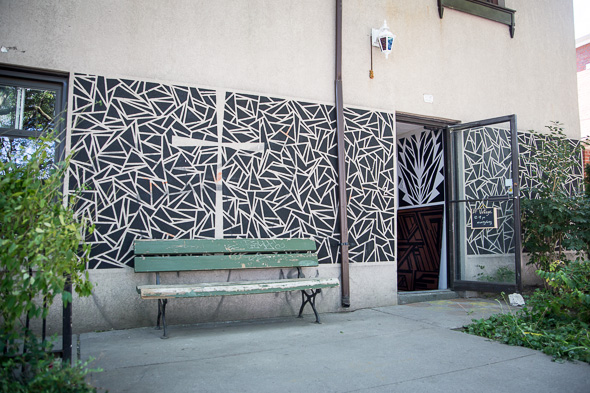