A rare roll cloud was spotted over Toronto yesterday evening. We don't normally post about weather â unless it's extreme â but given how spooky-looking these things are, I'll break that rule. Formed by downdrafts associated with thunderstorms, these clouds detach from those around them and appear to "roll" slowly around a horizontal axis. Although they look like tornadoes turned horizontal, they're not actually dangerous (nor will they suddenly turn vertical).

Nevertheless, they're damn cool looking. That is all. 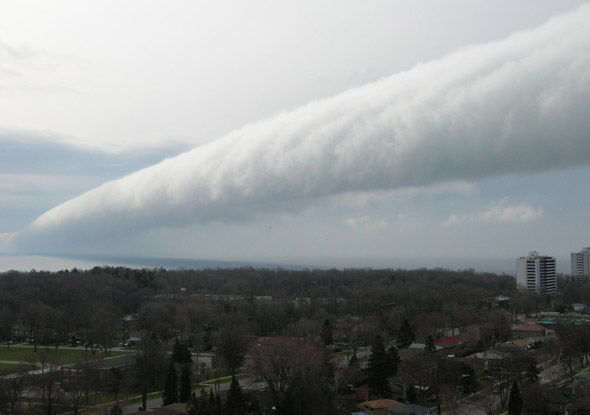 Here are some very cool photos from Billybee57 on Flickr, who caught the cloud just as it arrived at Toronto's skyline. 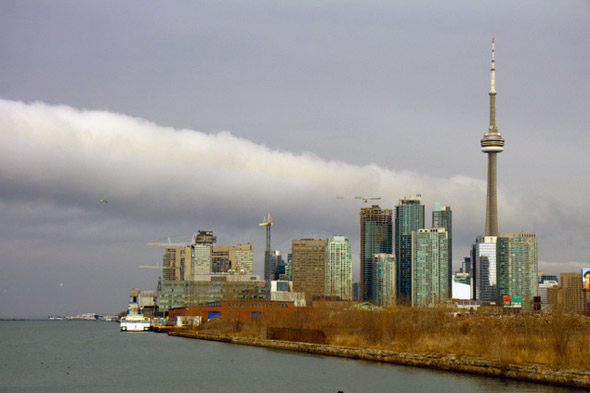 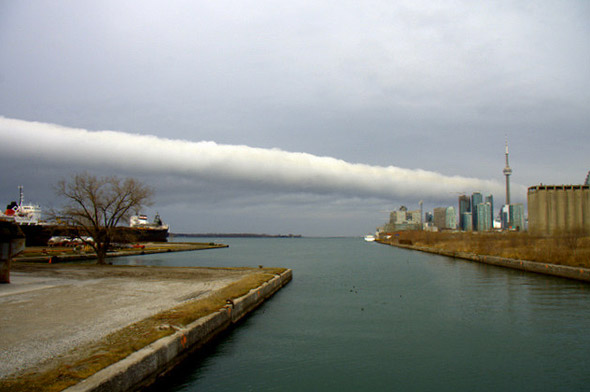 Photos one and two by dieburg401 and Jim Bartlett, respectively.