The hotpot restaurant also received three significant infractions including, "use utensils not non-toxic in contact with food," and failing "to ensure equipment surface cleaned as necessary."

They also received two minor infractions related to the sanitary conditions in the food-handling room. 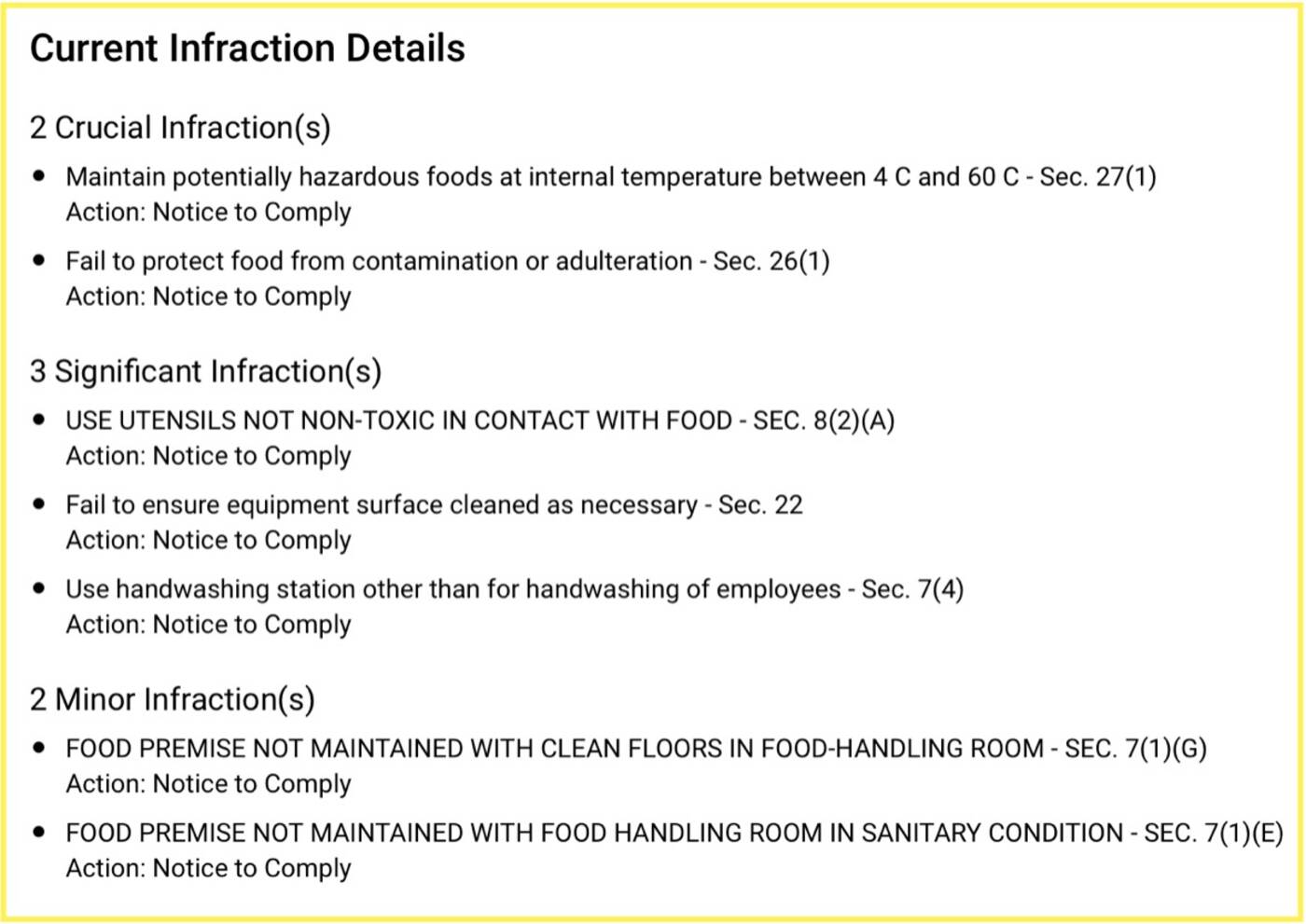 Despite the seven health infractions, the hotpot restaurant received a conditional pass notice and will remain open as they continue through resolving the issues.