A well-liked pizzza joint has quietly bitten the dust in Toronto's Parkdale neighbourhood, thanks (at least in part) to a nearly $50,000 unpaid rent tab.

Prohibition Pie at 1316 West Queen West had announced on Instagram in February of this year that it would be closing temporarily while its ovens were under repair, but, as of mid-July, the entire shop had been cleared out. 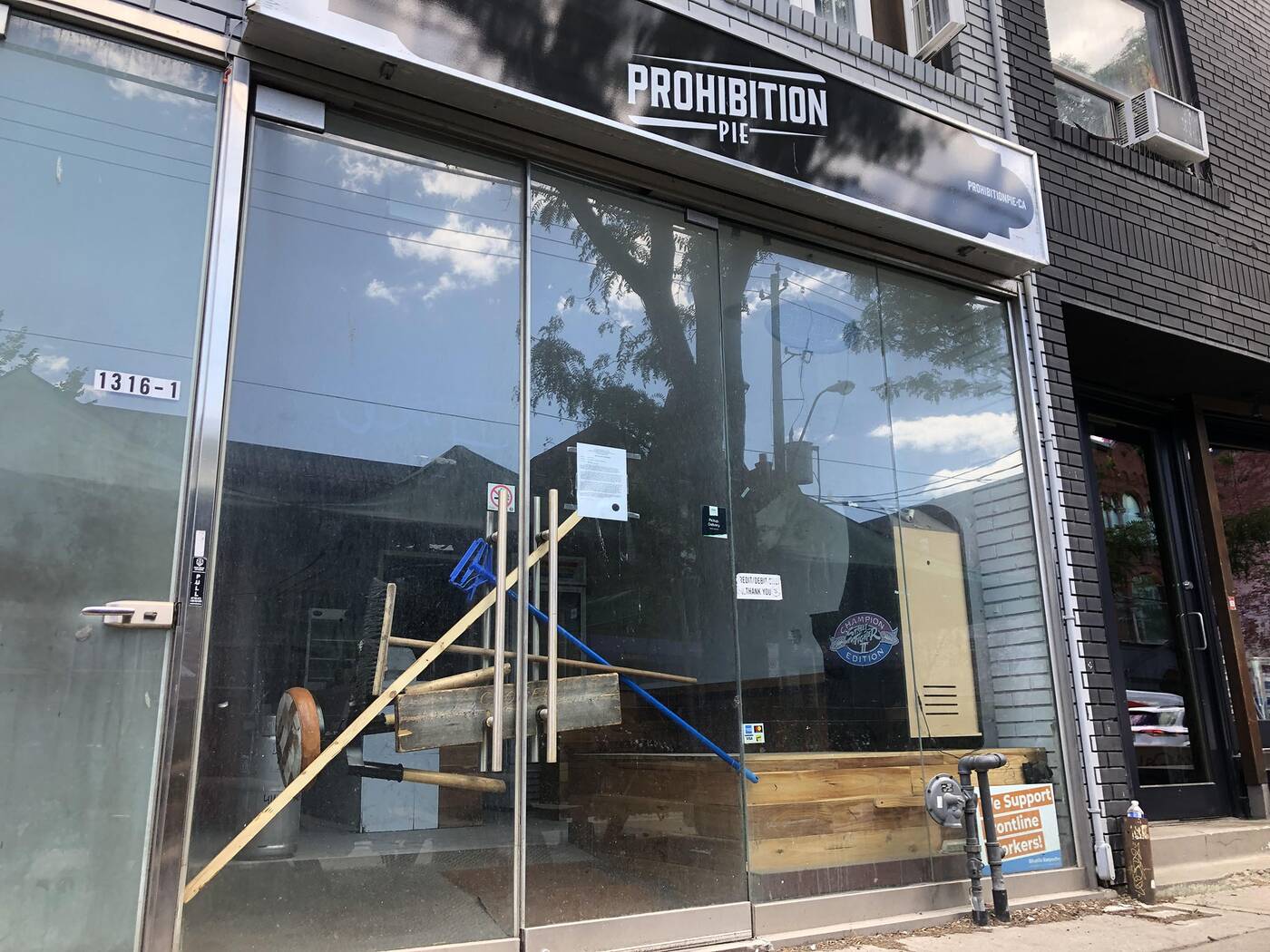 Prohibition Pie was said to make awesome pizza, but has nonetheless been forced to vacate their space in Parkdale due to non-payment of rent. Image via blogTO.

A "notice of distress" posted behind the restaurant's front door, facing out for any passersby to see, alleges that the space's tenant (listed as The 5700 Inc.) owes the building's landlord some $46,828 — "plus costs."

The 5700 Inc. is best known for attempting to build a controversial restaurant block called Vegandale in Toronto's Parkdale neighbourhood back in 2018.

A representative for Vegandale reached out to blogTO after the original publication of this article to claim that the notice of distress was issued in error to the wrong company, stating that they had been subletting the space to an unrelated business.

The notice was amended after the publication of this article with the original name under "tenant" scratched out for a hand-written "Parkdale Pizza Inc." 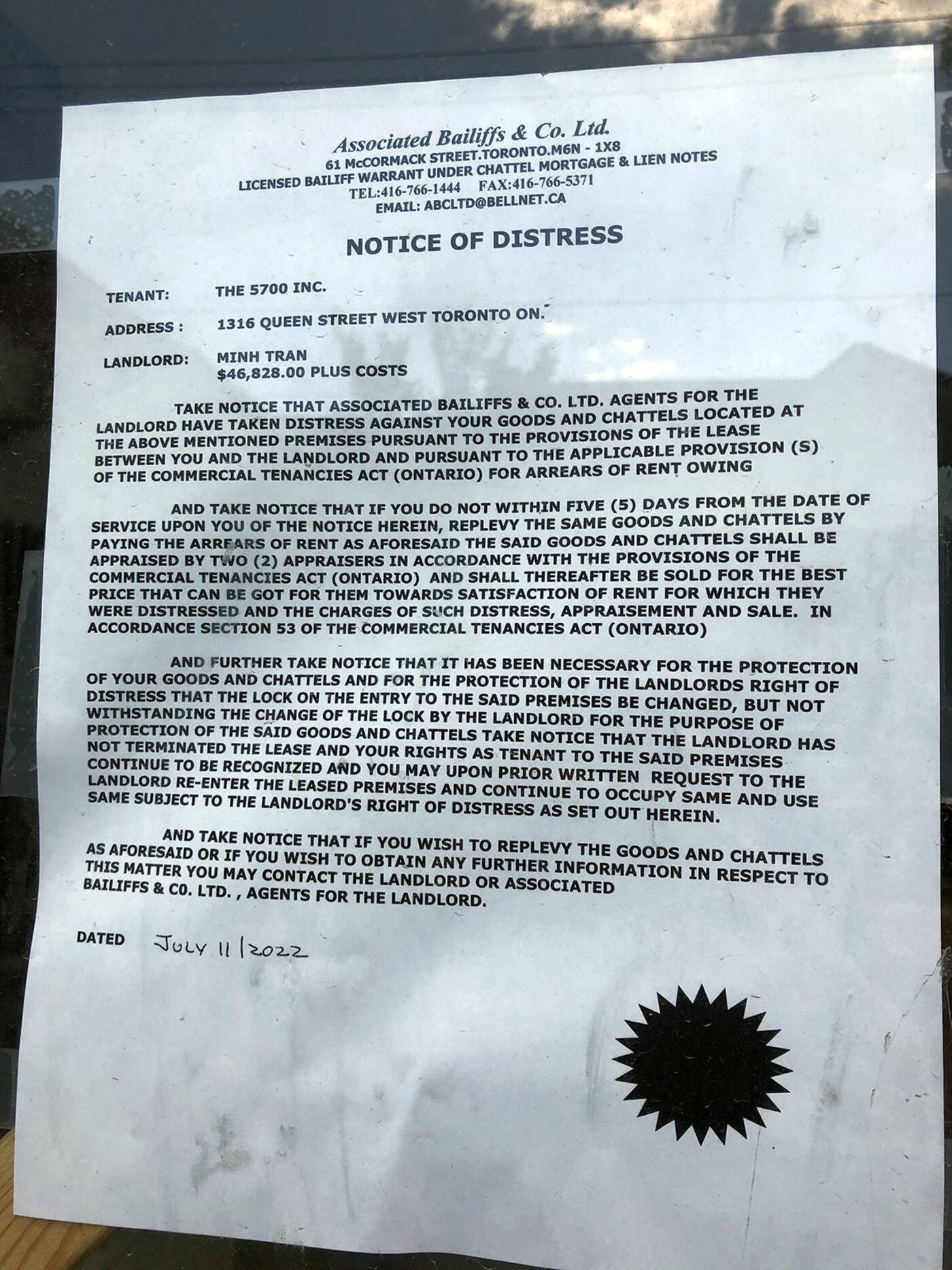 A letter posted to the front door of Prohibition Pie's brick and mortar store in Parkdale suggests that the business owes nearly $50K in arrears to its landlord. Image via blogTO.

"Take notice that associated bailiffs & co. Ltd. Agents for the landlord have taken distress against your goods and chattels located at the above mentioned premises pursuant to the provisions of the lease between you and the landlord and pursuant to the applicable provision (s) of the commercial tenancies act (Ontario) for arrears of rent owing," reads the letter, dated July 11, 2022.

"And take notice that if you do not within five (5) days from the date of service upon you of the notice herein, replevy the same goods and chattels by paying the arrears of rent as aforesaid the said goods and chattels shall be appraised."

Chattels, in this case, would mean any furniture, equipment, gear, decor, or literally anything at all of value left behind when the tenants were locked out of the space.

These things happen more regularly than you might think. It's just business, as much as it sucks (and the loss of Prohibition Pie will suck for many. Apparently they made really good pizza).

"And take notice that if you wish to replevy the goods and chattels as aforesaid or if you wish to obtain any further information in respect to this matter you may contact the landlord."