A burrito restaurant in Toronto has been shut down by DineSafe inspectors after seven different health and safety infractions were found on the premises.

Tacorrito, located at 556 Church St., was inspected on Aug. 17 and ordered to close due to several infractions that "present an immediate health hazard that cannot be corrected during an inspection."

The location was found to have one minor infraction, three significant infractions, and three crucial infractions — and was issued a "Closed Notice" as a result.

"There are three types of infractions that have been developed under the DineSafe Food Safety Inspection and Disclosure Program (Crucial, Significant and Minor) covering all of the requirements under the Ontario Food Premises Regulation," notes the city.

DineSafe inspectors found Tacorrito was storing potentially hazardous foods at an internal temperature between 4 C and 60 C, they had been failing to protect food from contamination or adulteration, and the restaurant was not operating up to sanitary standards. 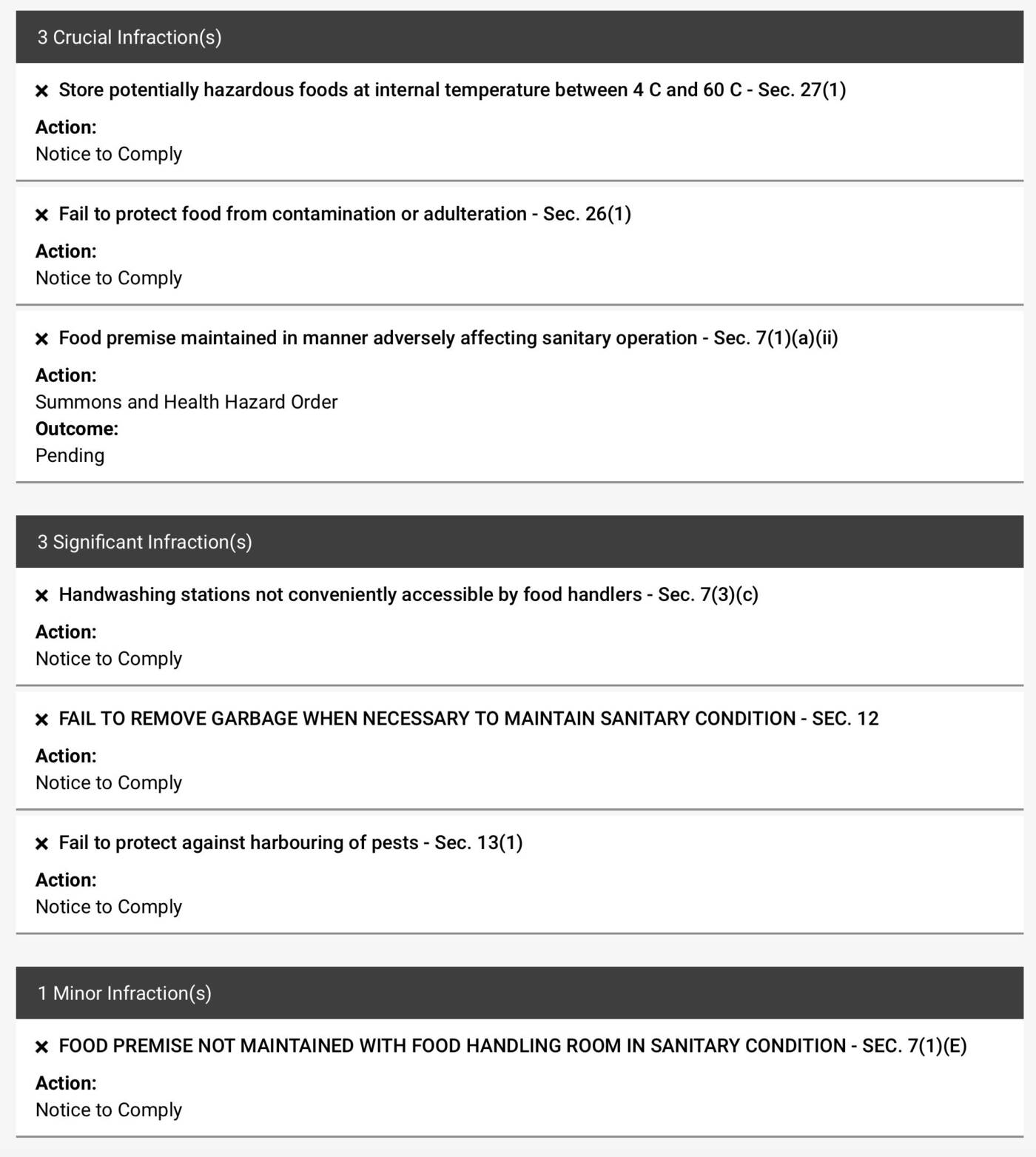 These three crucial infractions are the reason the location has closed temporarily.

The restaurant received notices to comply with six of these infractions, while the "Food premise maintained in manner adversely affecting sanitary operation - Sec. 7(1)(a)(ii)" infraction resulted in inspectors issuing a Summons and Health Hazard Order.

There's no word yet on when the burrito joint will be reinspected and reopen.