In the year 2020, it's apparently possible to have zero minutes to spare for grocery shopping in Toronto (because we're too busy doing yoga, or struggling to pay the rent).

A new Toronto-based app called Wanda Delivery is trying to remedy that with a precedent-setting service: a virtual grocery store that delivers your purchase straight to your fridge—even if you're not home.

While big box brands like Loblaws, Costco, Amazon, and Walmart will ship grocery necessities to your home for a fee, Wanda is the first in the country to allow couriers to enter your actual property.

"From a grocery perspective it's not common," says Wanda's co-founder P.J. Grant. "It's like having a cleaning person coming into your home, or a contract worker."

Grant and co-founder Ahmed Dauda met in an entrepreneurship program called Next 36, where they birthed the idea for Wanda before taking it to a U of T incubator and testing the idea on U of T residents in September. 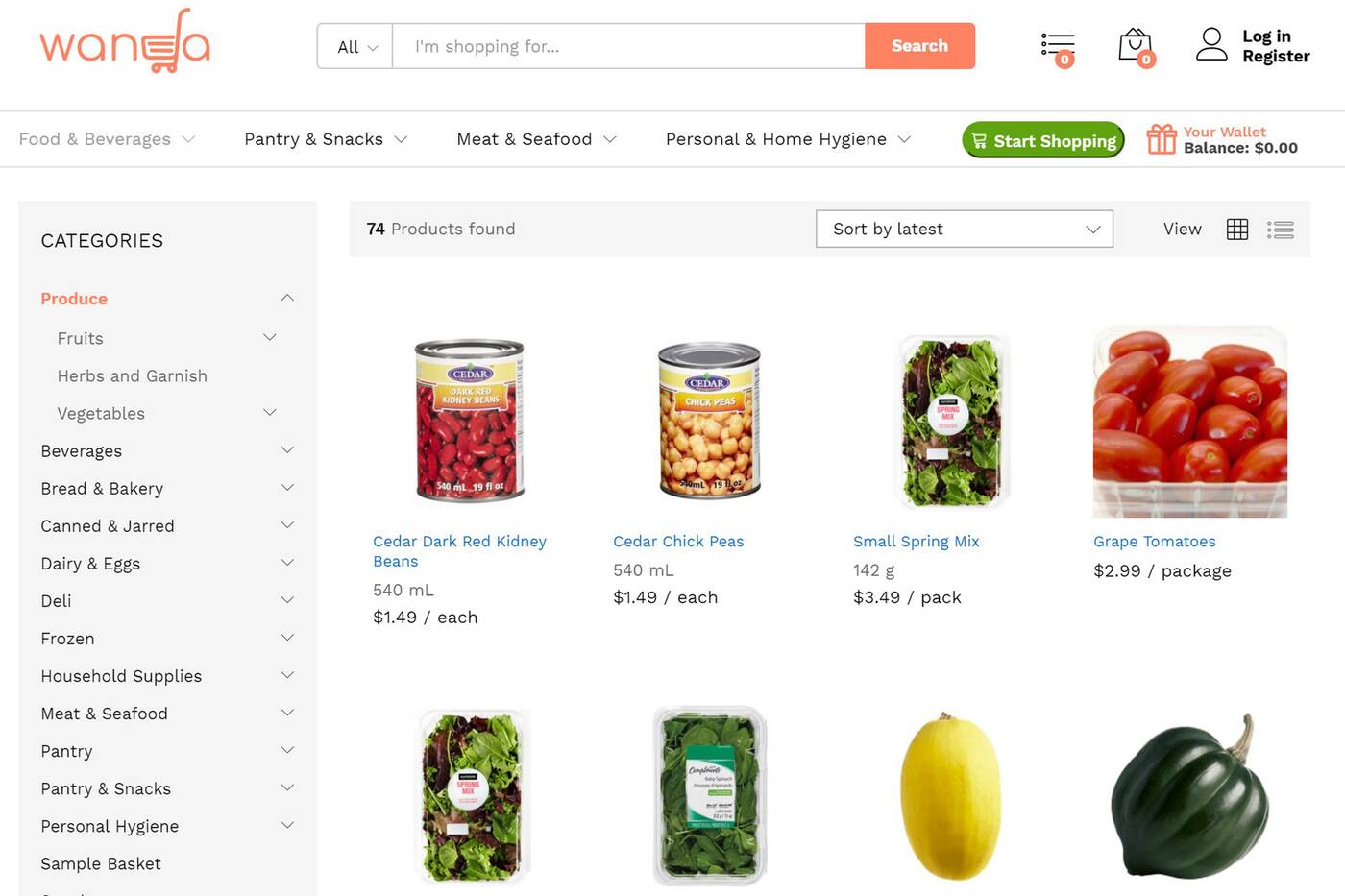 Since launching officially in January, the company has already entered a pilot partnership with the massive real estate company, Oxford Properties, which owns a multitude of developments, including condos, in the city.

Wanda is now preparing a test in a condo at Bay and Bloor, which is home to around 500 residents.

The app currently offers a list of around 600 products, stocking common brands such as Dempsters bread, Sealtest milk and Maple Leaf chicken. Price-wise, it's pretty much in line with grocery stores like Metro and Loblaws.

While the concept of online supermarkets already exists internationally with apps like Picnic Delivery from the Netherlands or England's Ocado, it's totally new to Toronto.

To ensure security, Wanda's employees are required to undergo a reference check, credit check, and police and background checks before being hired, after which they undergo in-house training to deal with people in vulnerable settings.

On top of that, delivery people are each equipped with a body camera. The video feed can be requested by homeowners any time.

There are two ways for Wanda staff to enter your home (wearing shoe covers every time): condo-dwellers can leave their keys with their concierge, or they can place it in a secure lock box with a punch code that's shared with the the delivery person.

There's a time limit of around 25 minutes for Wanda delivery to complete their task, depending on how many groceries you've ordered. Homeowners are asked to ensure a clear path from the door to the fridge.

"It doesn't have to be extremely organized," says Scott. "But we do ask that users do a little prep work."

One small downside: pet-owners have to keep their animals contained in a separate space to minimize the risk of any mishaps with your poodle.

But the brief inconvenience for your furry friend might be well worth coming home to replenished fridge.

"To be able to come home with your fridge stocked, that's a great feeling."