A popular Mexican restaurant and grocer selling tacos, enchiladas, and quesadillas was forced to close down on Monday because of an insect problem.

According to the DineSafe report, they had four infractions. Their biggest offense was failing to protect the restaurant against health hazards, in this case: bugs. 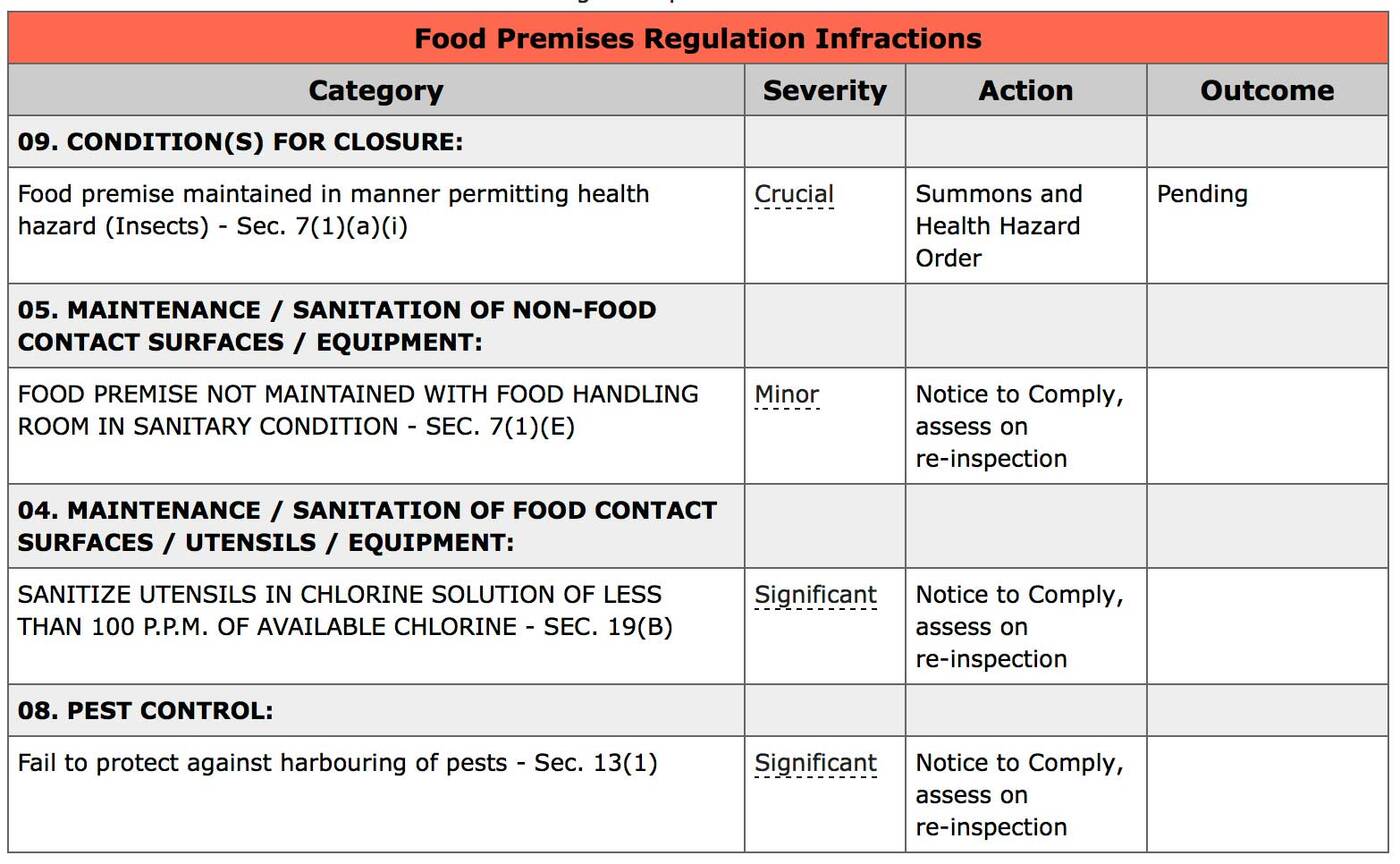 The August 12 inspection report on DineSafe. Latin World has since re-opened.

Other infractions included failing to protect against the harbouring of pests, and not sanitizing their utensils in the correct chlorine solution.

The restaurant has always been known to tight on space, and pretty hot without A.C. in the summer. Still, it's pretty hard to beat daily $1 tacos deals.