The same animal rights activists behind last year's viral Antler restaurant protests, among other headline-making demonstrations, are stepping things up in their ongoing battle against a newer target: Cumbrae's on Queen.

At least 20 protesters associated with GRASS Toronto participated in a "die-in" at the popular West Queen West butcher shop on Saturday. 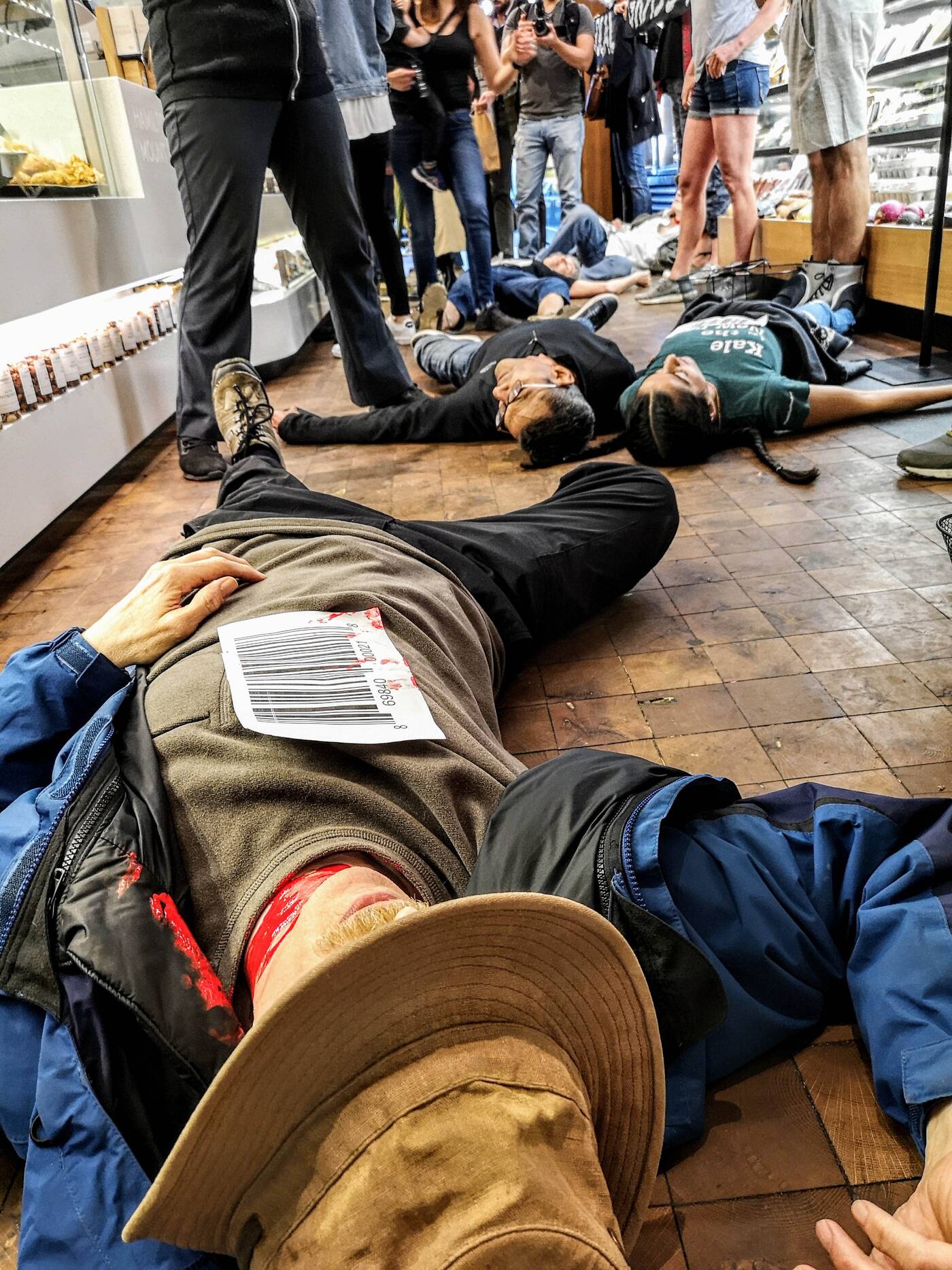 Previous to the die-in, the group had been regularly convening outside the store on weekends to educate passersby about veganism and slam the concept of "humane slaughter."

"True progress isn't 'ethical' killing, it's not killing at all. Want a progressive butcher? Go to Yamchops. Animals aren't commodities." 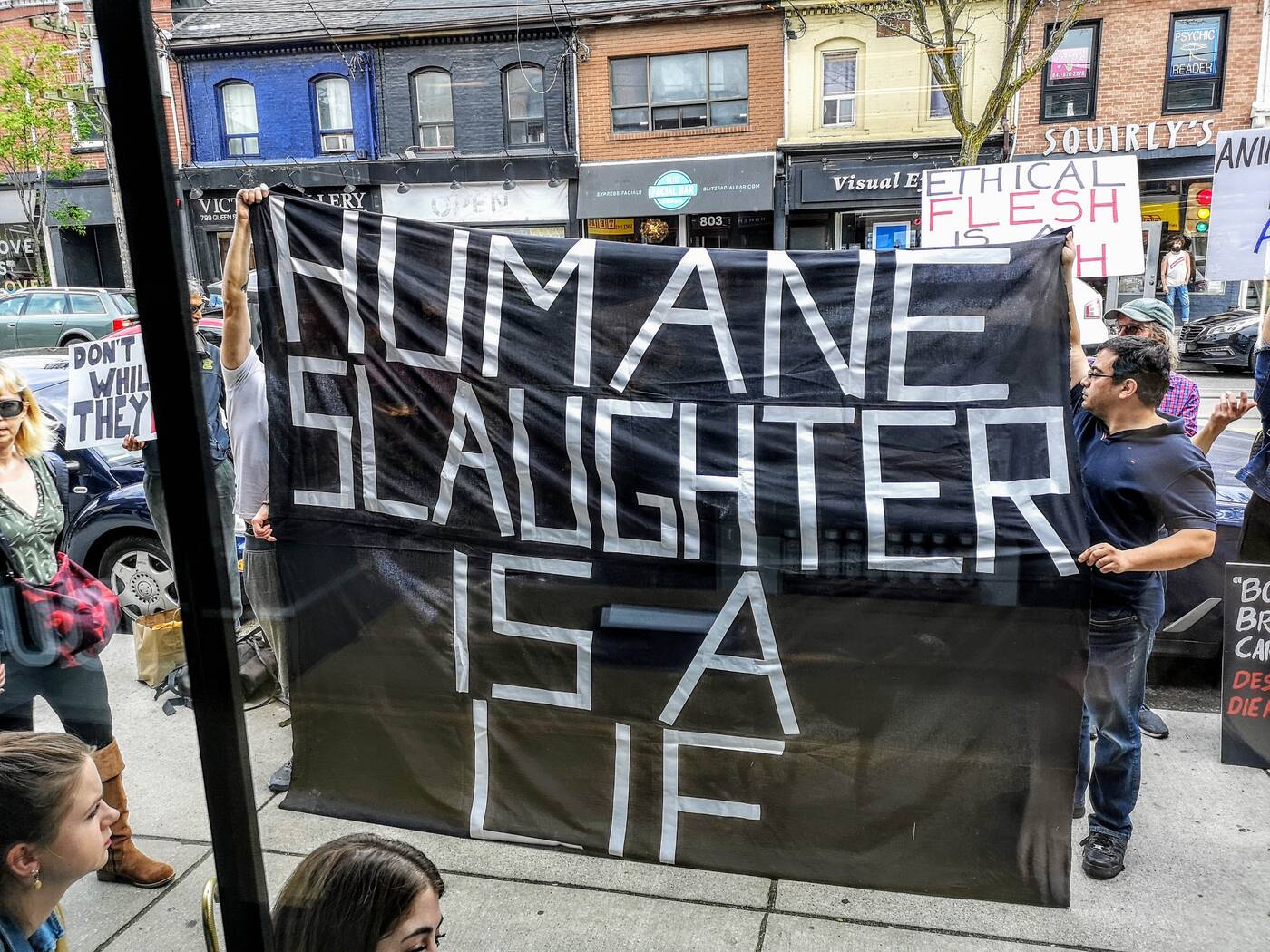 This time around, the group once again held up signs and spoke about specieism and what they call the "humane myth."

They also advanced their efforts, moving inside the store and positioning themselves as corpses all over the retail space. 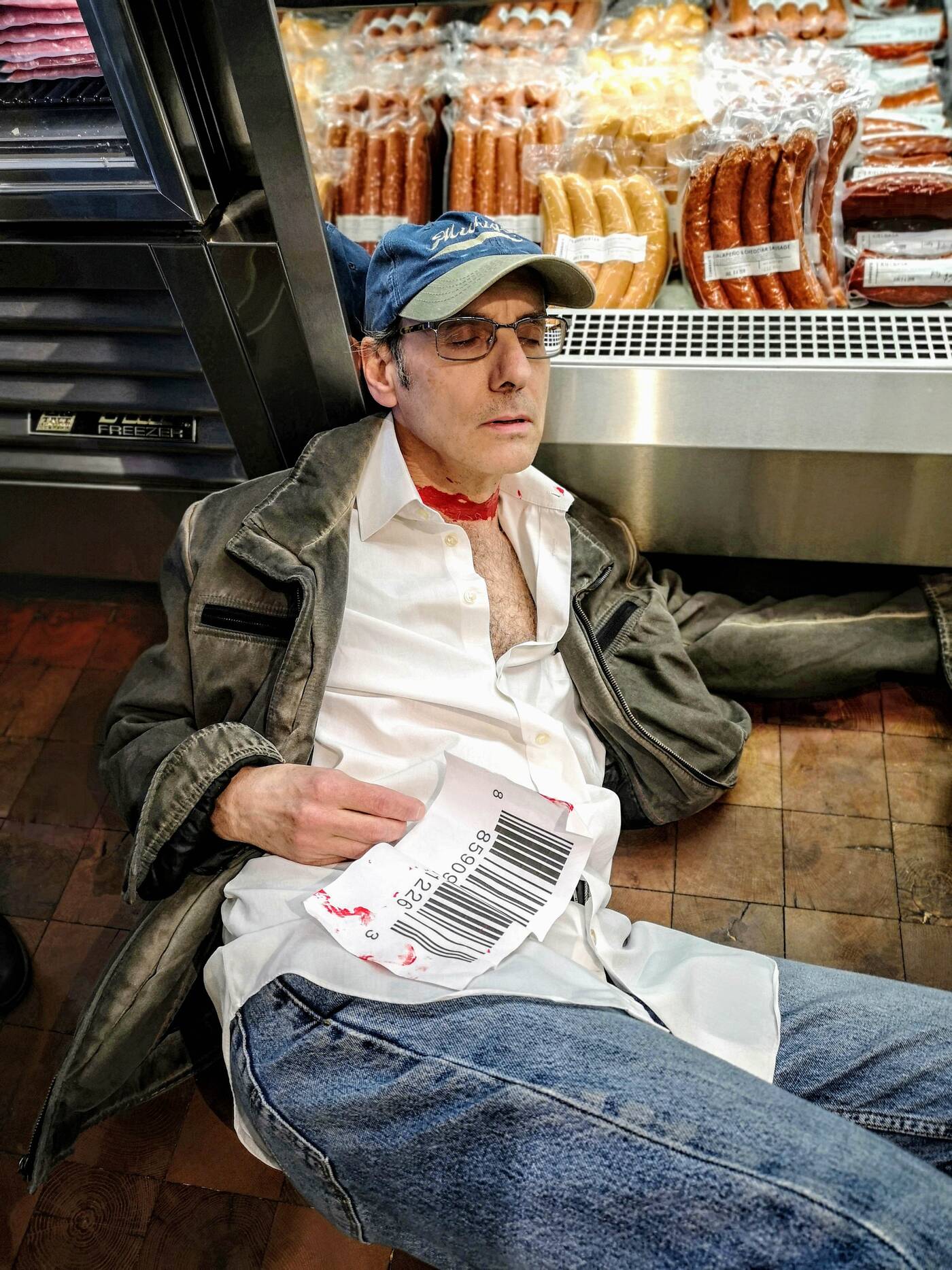 "When Cumbrae's tells their story on their site, why don't they mention how 'happy' animals are shoved onto trucks, resisting being loaded; they vomit, cry and lose control of their bowels from fear, they struggle and resist yet again while being dragged onto the kill floor," writes GRASS Toronto of the die-in.

"Cumbrae's isn't farm to table, they're farm to slaughterhouse to table." 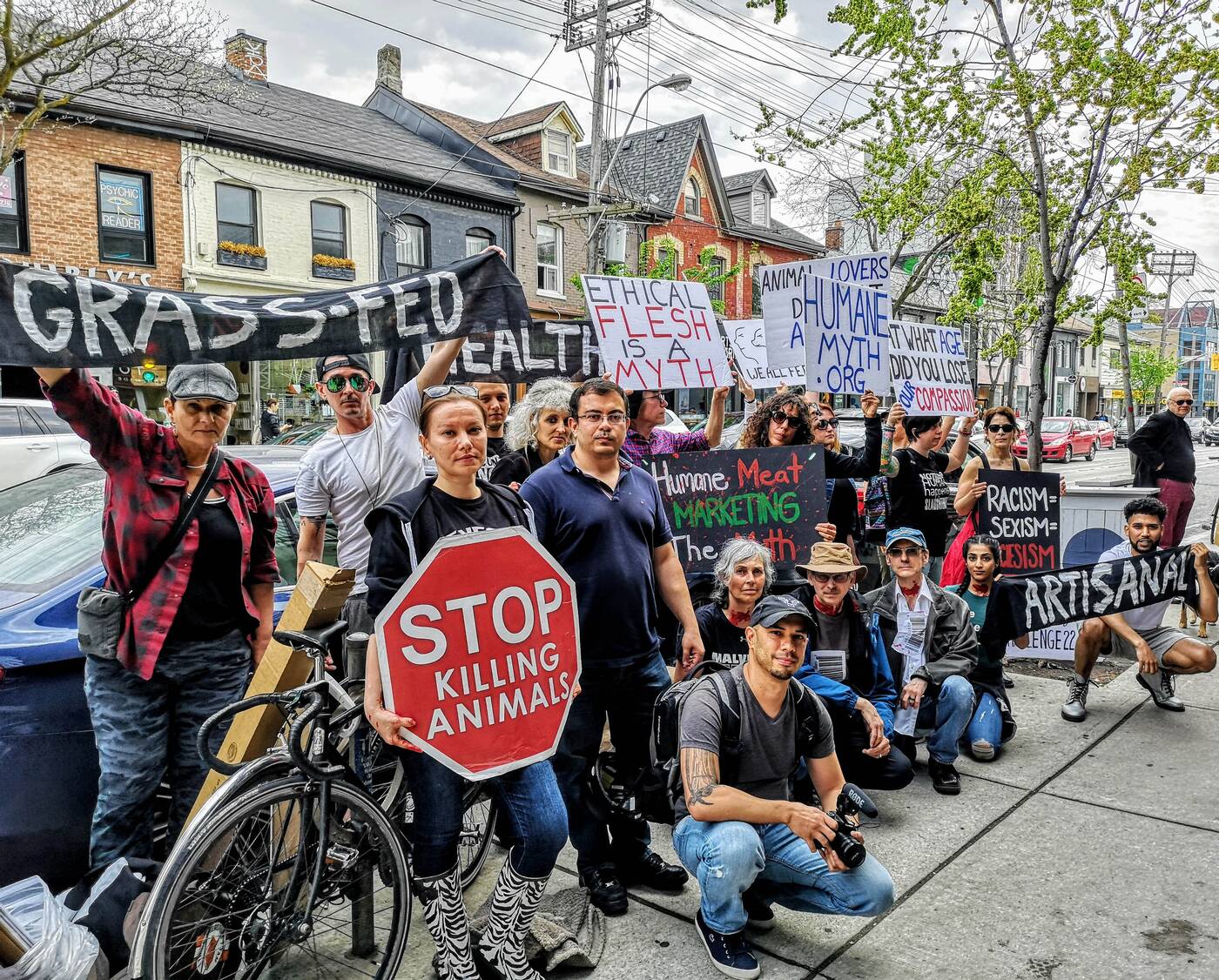 The story GRASS Toronto references on the butcher shop's website speaks of how closely Cumbrae's works with "small, family run farms," as opposed to factory operations, to source its meat.

"All of our animals are raised in healthy and humane environments," reads the website. "They are born and bred with the closest care and attention... we raise them right, feed them well, and butcher them expertly. The end results reflect this."

GRASS Toronto says its members did take some backlash from staff at Cumbrae's and members of the public during Saturday's protest.

One customer is said to have screamed "don't you dare tell me what to do!" while a butcher shop staffer told a member that they were "pathetic" for participating in the demonstration.

The group says it will continue to protest against Cumbrae's until it can at least get management to listen.

"We have contacted Cumbrae's in order to sit down and talk but they are a chain and the first establishment who aren't responding/don’t care enough to make changes," reads a description for Saturday's event. "So we'll continue to protest and educate."