The two-alarm fire that began at a Middle Eastern restaurant on College Street during Taste of Little Italy has kept the restaurant it started in, and the two surrounding restaurants, closed as of today. 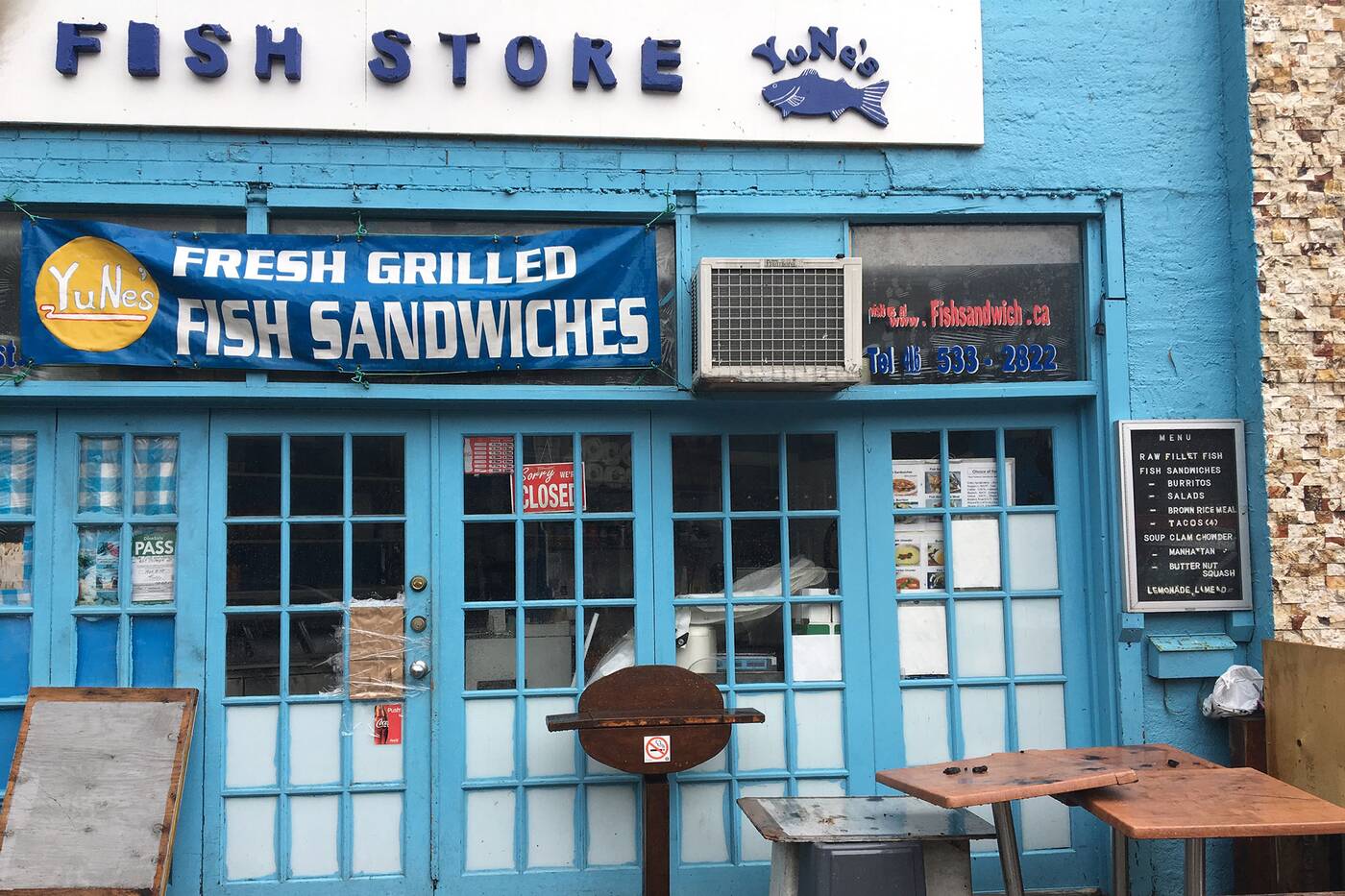 The Fish Store has a "Sorry we're closed" sign up and red tape surrounding it. 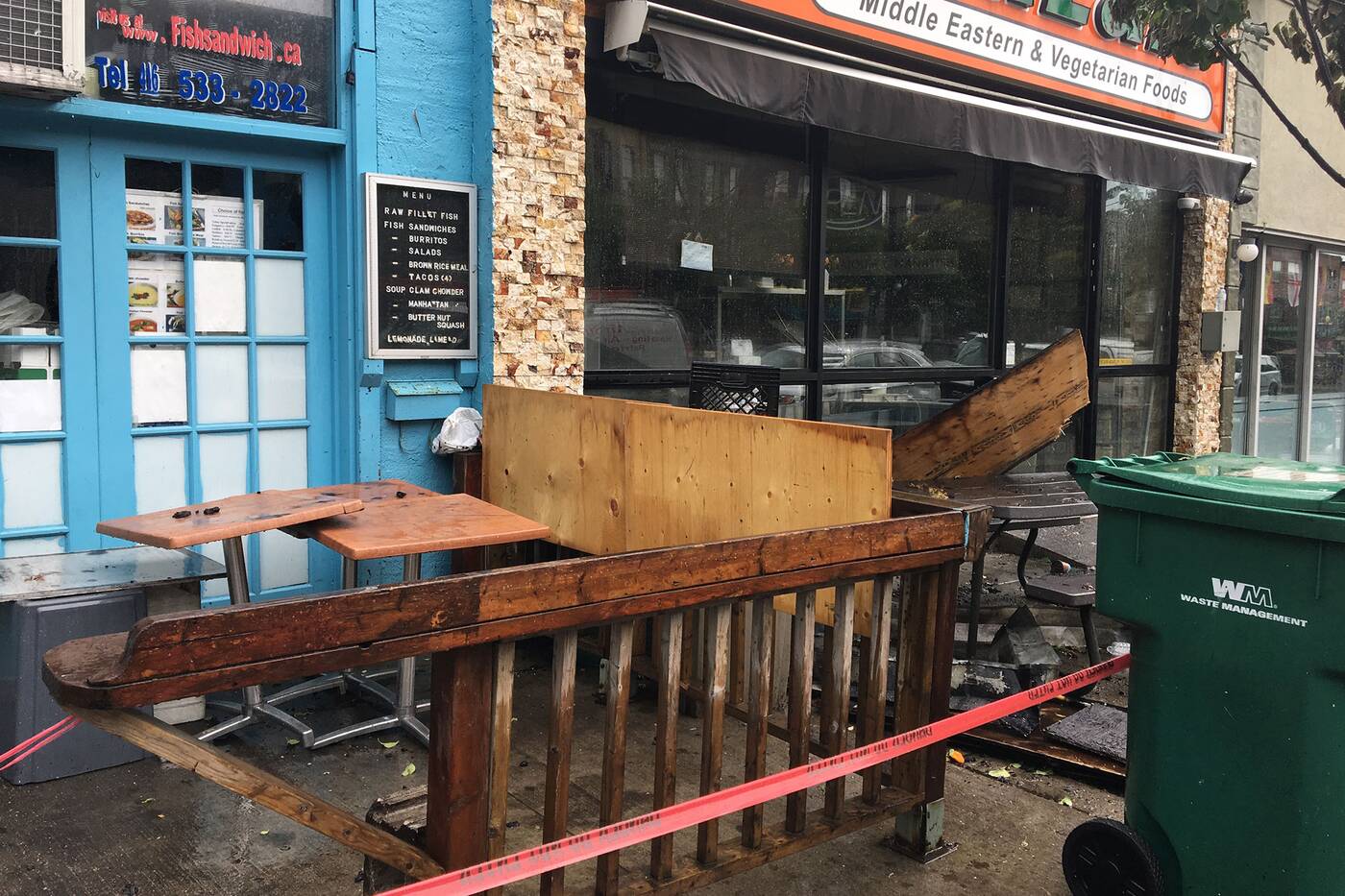 The red tape extends from The Fish Shop to Ghazale and Vivoli. 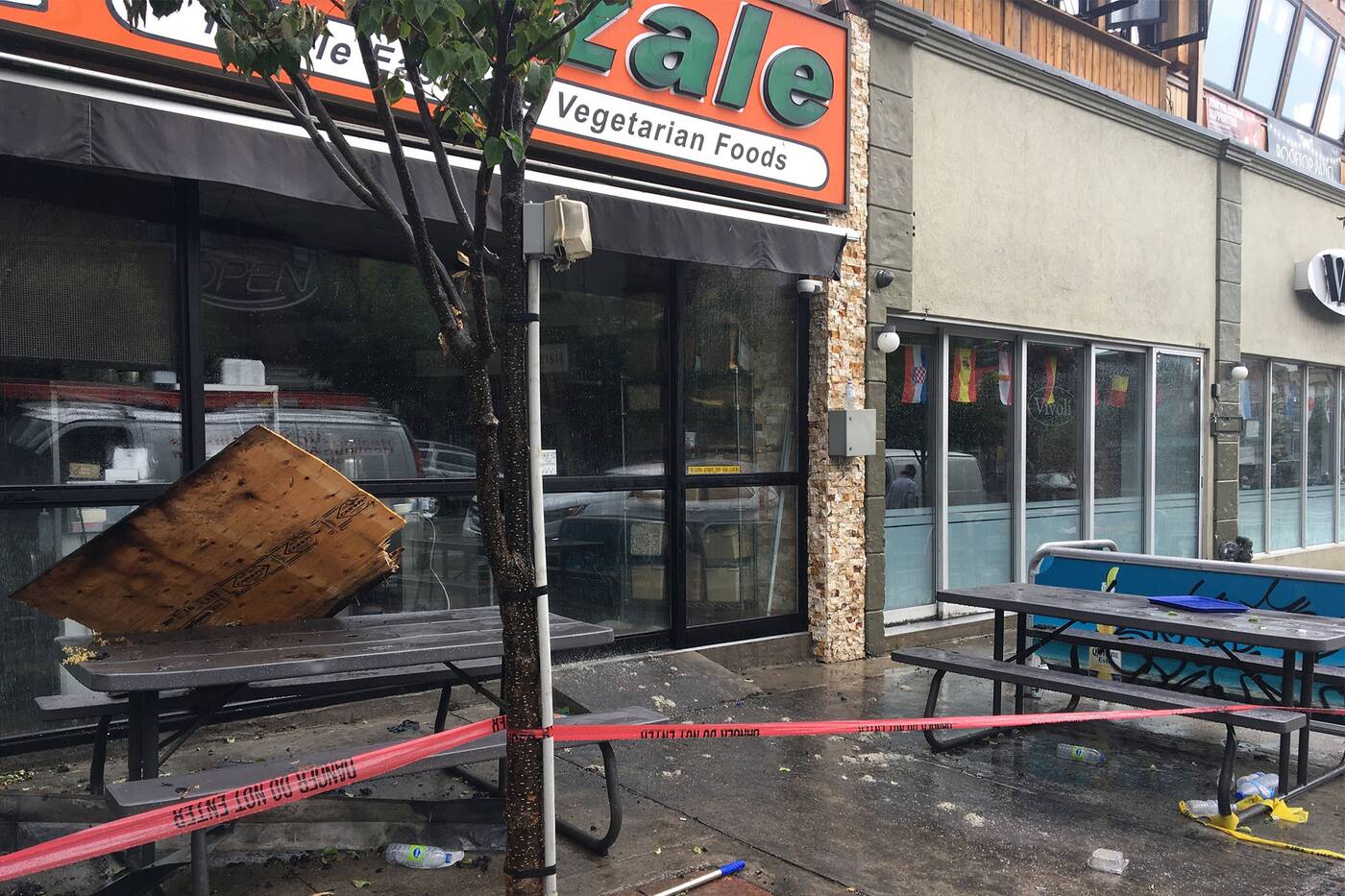 Ghazale's storefront is dark and the front patio is littered with debris, a splintered wood board leans against one of the two picnic tables out front. 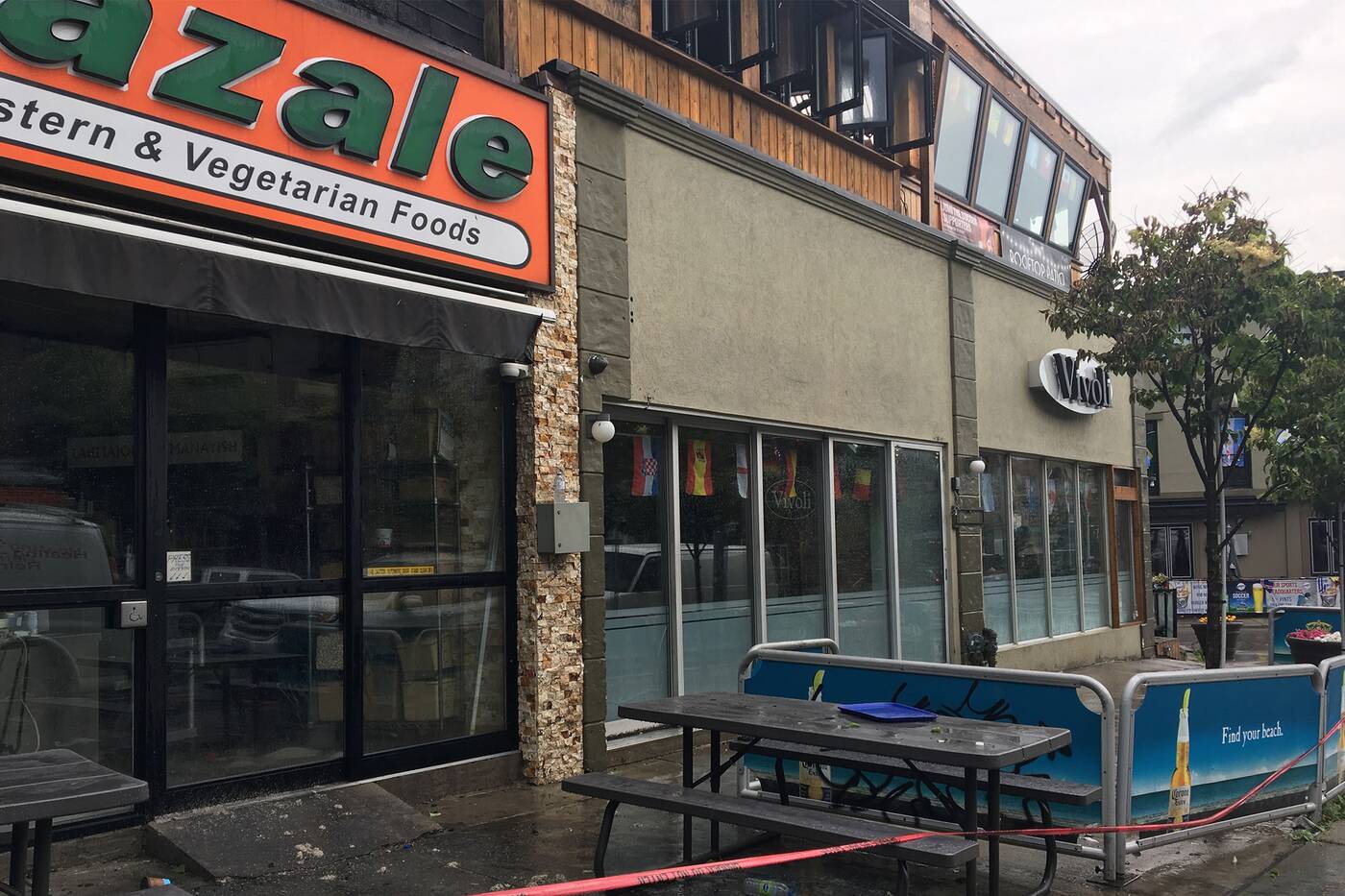 The fire spread to the second storeys of The Fish Store and Ghazale and caused "lots of damage to the rooftop patio" at Vivoli, according to an employee.

Vivoli remains closed as well, "for the next little while" a spokesperson for the restaurant said.

Devastating day for our restaurant @vivolitoronto...a fire broke out during our Taste of Little Italy festival. So happy we were able to get everyone out safely!

According to Toronto Fire Services the cause of the fire is still unknown and the situation is currently under investigation.