After only six months, Republic cafe has closed.

In a letter posted on the door, owner George Tohme calls the cafe's hidden location an "unexpected challenge," and says the lack of consistent foot traffic led to the "early end."

Other problems included a lack of parking and a shortage of funds. The letter also thanks customers for their support. 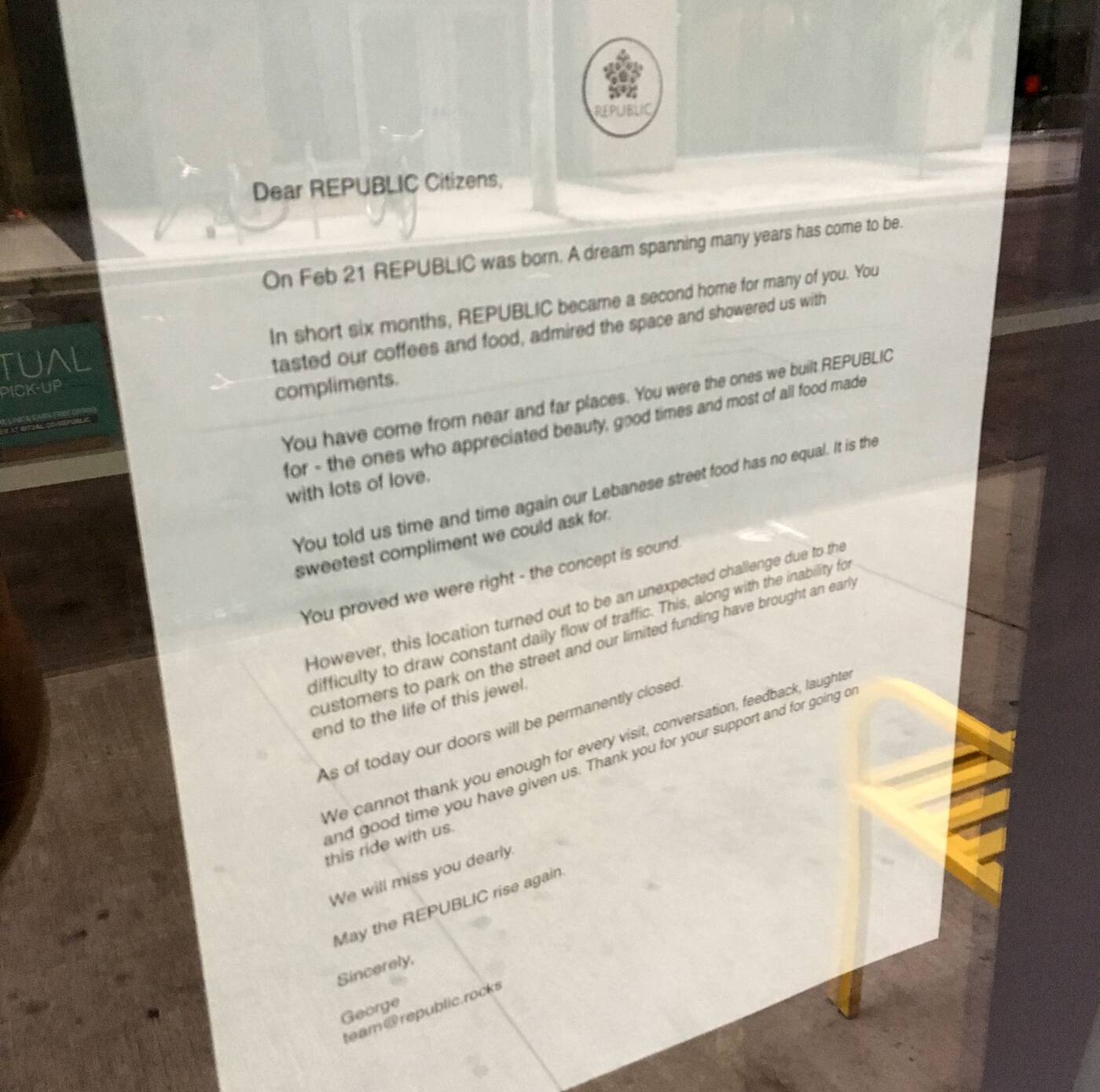 Situated on Nelson St., a relatively hidden side street in the Entertainment District, the cafe was known for its coffee, calming atmosphere, and intricate Lebanese breakfast dishes.