The Big Feastival, which originated in the U.K., also has some serious name recognition thanks to its celebrity founders Jamie Oliver and Blur bassist Alex James.

From August 18 to 20, the Big Feastival will take over Burl's Creek Event Grounds in Oro-Medonte, about an hour north of the city. 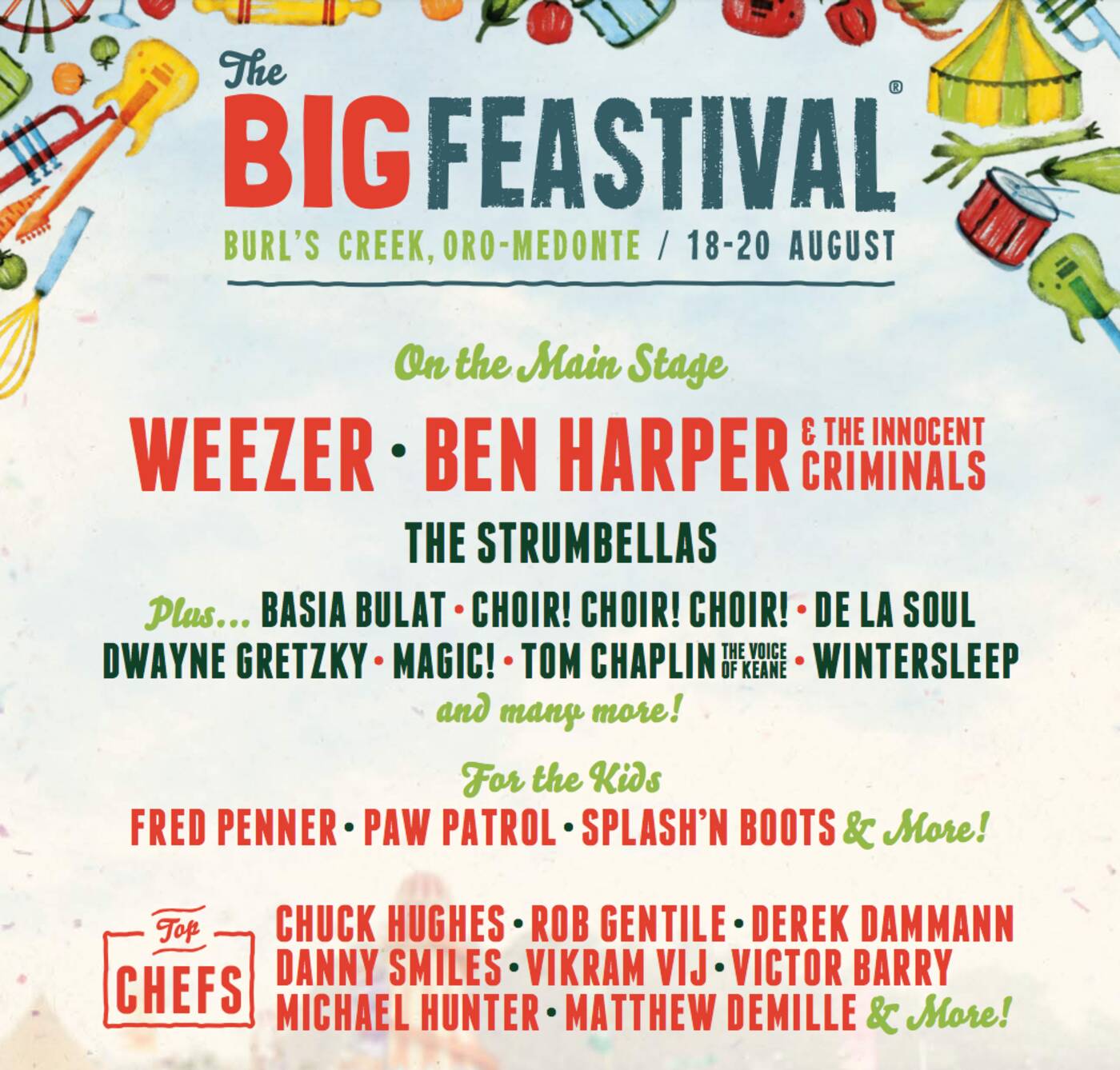 On the food side, chefs such as Chuck Hughes, Rob Gentile and Vikram Vij will also make an appearance.

Tickets go on sale today. A three-day pass for adults is going for $220 (including service fees).