Turmeric lattes are the next big food trend in Toronto

All food trends eventually make their way to Toronto, and this winter, it looks like a golden one's getting settled in the city.

Turmeric lattes, or golden milk as they're are referred to in the U.K., have been making their way onto menus at health-conscious juice bars and cafes across Toronto. But what makes these hot beverages so alluring, beyond their stunning yellow glow?

"We’re trying to flush out whether it’s part of the trend or mystery surrounding it. A lot of people are curious about taste and what it’s all about," says Kate Taylor, who owns Nutbar.

"But it’s been for sure our most popular hot beverage over the past few weeks by a mile." Taylor thinks it's a great alternative for those who want to replace coffee or tea with another warm beverage. 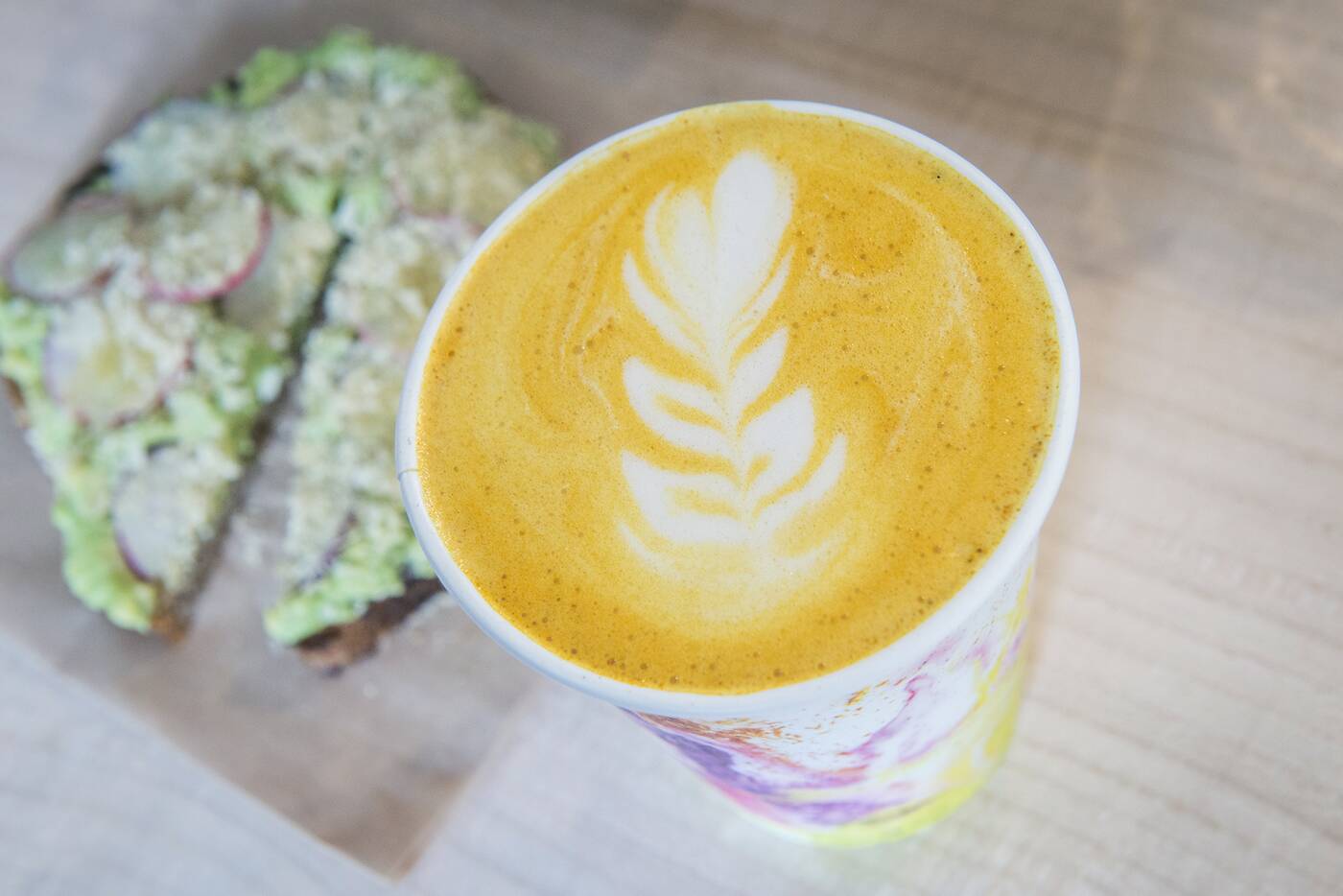 Greenhouse Juice Co., just introduced a lineup of hot drinks, including a turmeric latte it calls it a Gold Star latte.

Since it's made with cold-pressed almond milk, the Gold Star is pretty thick (or dare I say, goopy). Thanks to the addition of ginger, however, it's quite pleasant to sip on. It tastes super healthy too - much healthier than my cream-laden daily coffee.

Along with these spots, turmeric lattes are also on the menu at Thrive Organic Kitchen and Offsite.

Turmeric evangelists, such as Gwyneth Paltrow and Dr. Oz, as Maclean's reports, claim the yellow root has extraordinary anti-inflammatory properties thanks to its active ingredient curcumin. But as Maclean's writes, there's little to no evidence to support this.

In a Huffington Post blog titled "Turmeric Was India's Cure-All Long Before Hipsters Made It A Latte," writer Deepi Harish takes readers through turmeric's long history before it became one of the trendiest foods of 2016.

So will your turmeric latte give you super, anti-inflammatory powers? Who knows? But will it look great on Instagram? Definitely.