The Great Hall's street level British restaurant and pub is saying a polite and quiet farewell to the corner of Queen and Dovercourt as a new concept takes shape.

Owner Nav Sangha says The Bristol is transforming from its English roots to a German beer hall restaurant and bar. There will be German-inspired inspired food as well as an array of pilsner and local craft beer on tap.

Judging by the #ottosbierhalle hashtag on a Facebook post made by the man behind Parkdale's Miss Thing's, there are hints that the folks behind Otto's Berlin Doner could be involved in the project. Exciting stuff!

Ye old Bristol has been completely gutted and they're hoping to have the new spot up and running by the end of next month. 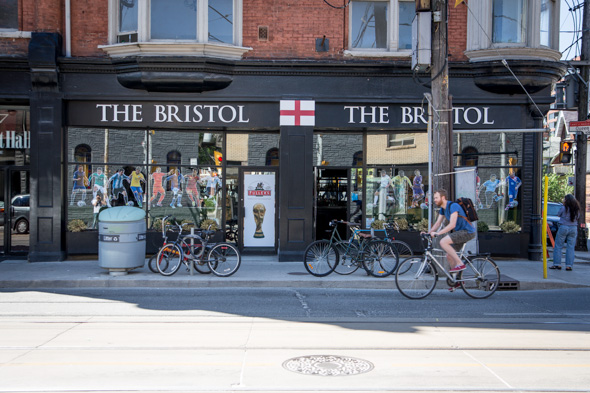 Photos by Jesse Milns and William Kimber in the blogTO Flickr pool.