For its 12th edition, Cask Days gave Toronto access to more than 400 unfiltered, unpasteurized cask-conditioned ales from across Canada and the United States. The three-day event wrapped up yesterday, but not before attendees nearly drank the festival dry. 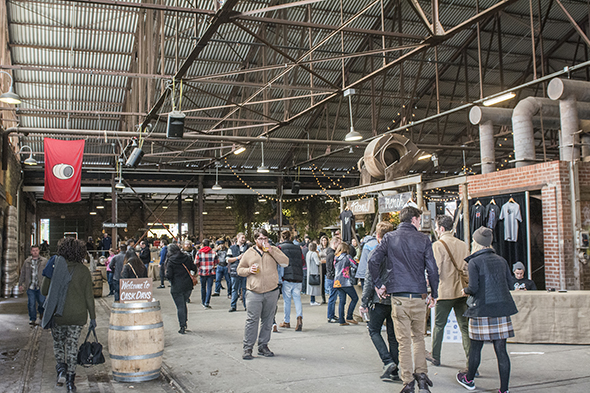 Beer lovers descended upon Evergreen Brick Works on Friday, Saturday and Sunday to sip and sample beer and cider from local Ontario breweries as well as ones from British Columbia, Quebec, Nova Scotia, New York, California and this year's featured region, Oregon. There were about 50 beers and ciders from the west coast state available in Canada for the very first time. 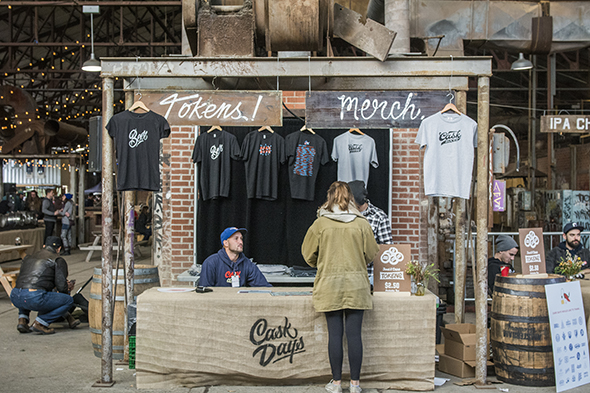 With so much choice, it was difficult for me to decide what to drink. Luckily, tokens only cost $2.50 each (one token gave you a five ounce pour), meaning it was easy to sample a lot of beer. 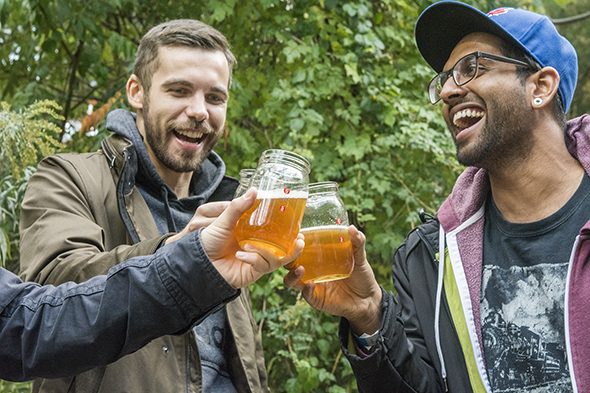 By the final session on Sunday, I heard one festival staffer say they were to down to their last 170 casks. Even still, there was plenty of beer to go around. 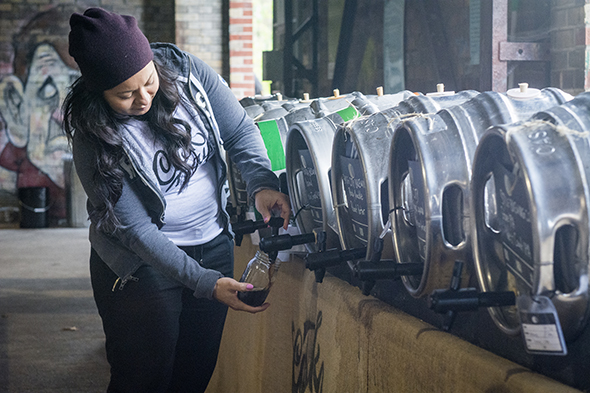 Ralph Morana (of the Morana family that owns Bar Volo and Birreria Volo) started Cask Days back in 2005. He held it on the patio at the now shuttered Bar Volo on Yonge and attracted about 150 attendees. 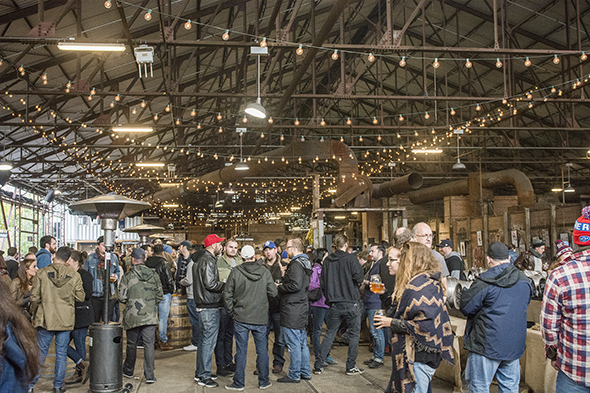 While there was more beer than ever this year, there was also was lots to eat. Along with putting a spotlight on beer from Oregon, the Portland-based restaurant Lardo's was on site serving up deliciously meaty and cheesy mortadella sandwiches. 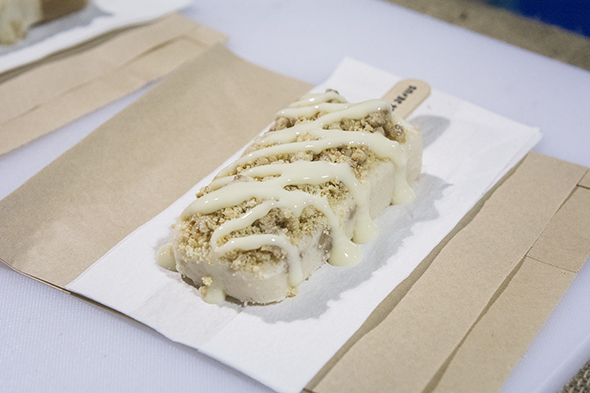 There were also plenty of familiar faces, like Pawel's Pretzels from Pawel Grezlikowski (who's behind PG Cluck's), Sweet Jesus, Home of the Brave, Montgomery's and Brando's Fried Chicken from Brandon Olsen. 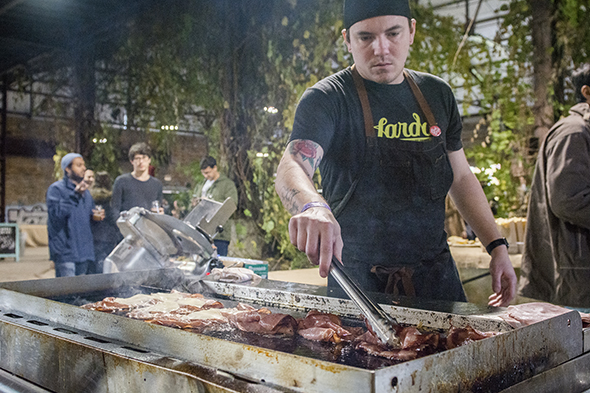 After 12 years, Cask Days knows what it's doing - that's why the event works so well. Instead of shelling out tokens for beer and cash for food, you can use tokens for both. This undoubtedly encourages people to eat, which is probably a good thing when sampling lots of beer. 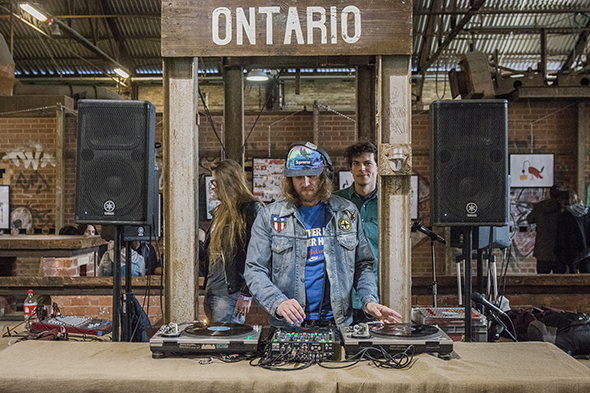 The mood is celebratory and fun, but still down-to-earth - kind of like Bar Volo. DJs keep the music going throughout the weekend, but the whole events lacks the bro-heavy vibes that usually pervade other local beer festivals. Instead, Cask Days gives Toronto a chance to try unique brews and expand their beer-drinking horizons. 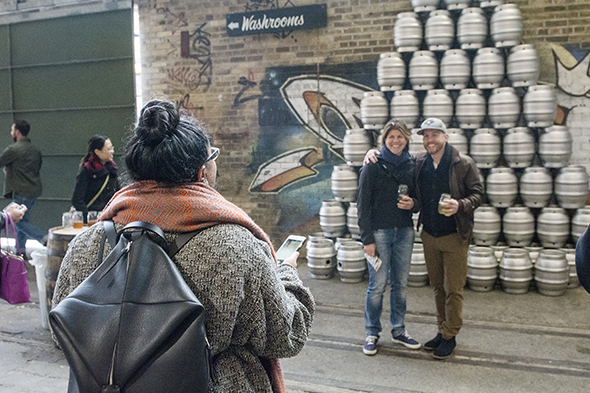 Sadly, Cask Days comes but once a year. We'll just have to wait and see what the Morana family whips up for 2017.