The best and worst Toronto food festivals of summer '16

Summer '16 in Toronto was peak season for food festivals and as per usual, there were highs and lows. Unlike the trainwrecks of past years, there were no real bombs, no outcries over food shortages, insufficient clean-ups or overcrowding to report.

Here are the best and worst food festivals of summer 2016.

The Stop Night Market
A light sprinkling of rain didn't put a damper on this fundraiser in support of the Stop. The $100 ticket might've seemed like a lot up front, but the all-inclusive evening was so fun.

Vegan Fest
This meatless festival deserves credit for being the most improved. There were activities, selfie stations, live entertainment, bars and best of all, the food was new, exciting and plentiful. The roster of vendors featured local chefs and restaurants, along with a travelling roadshow of popular eateries from across North America.

Night It Up!
This Asian night market at the Markham Civic Centre also featured Reel Asian outdoor movie screenings, a scavenger hunt and art takeovers. A-plus for programming that gave attendees a reason to stay past one dish.

TO Food Fest
Scarborough's two-day food festival in July had everything, from food trucks and festival staples - like skewered meats - to the summer's hottest trends, including sushi burritos, raindrop cakes and nitro-popcorn. It was free to attend and the selection was outstanding. 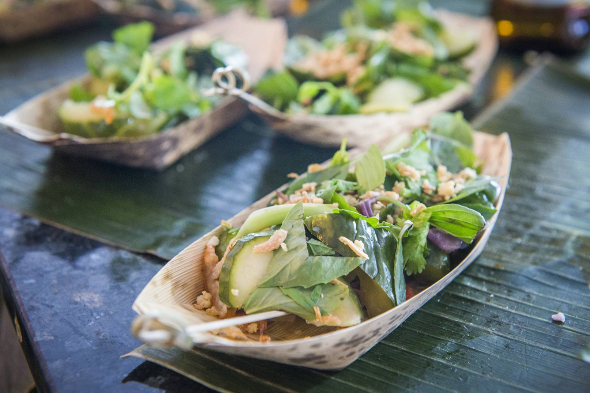 Toronto Taste
The annual fundraiser for Second Harvest brought together the top Toronto food and drink purveyors. Tickets weren't cheap, but it was for a good cause and gave you an opportunity to rub shoulders with Mark McEwan all night while he personally served up foie gras and liver toast.

Taste of Toronto
The Toronto edition of this international festival transformed Fort York into a posh playground for foodies over one weekend in June. Highlights for me were Mamaka's spit-roasted lamb and Carver's roasted chicken sandwich.

Toronto Food Truck Festival
Toronto's biggest food truck rally to date saw 60 mobile kitchens descend on Woodbine Park in the Beach(es) for a smorgasbord of street eats. The food fest had everything from BBQ and bao, to poutine, tacos and lobster rolls.

Sweetery
Baked goods, fine pastrues, hand-crafted confections and amped up frozen treats were the star of the show at this whimsical weekend food fest. The free event took place at David Pecaut Square on the third weekend in August.

Mac & Cheese Fest
This comfort food festival redeemed itself in its sophomore year when it changed locations from Liberty Village to Ontario Place. Now can we get this one moved from hot, sticky June to winter? Does anyone really want to eat heavy carb-loaded food in the summertime? 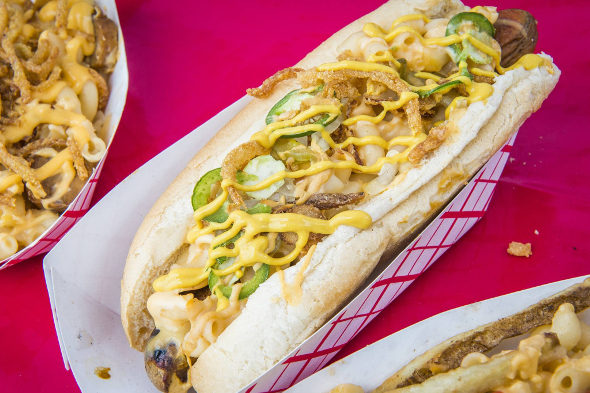 PinxtosTO
Billed as a celebration of Spanish tapas, this festival is the worst of the season only because it didn't happen at all. And we were looking forward to it! In previous years, the street party was among the best.