The Brunswick House closes down with one last bash

The Brunswick House is closing its doors for good this weekend. After 140 years, the historic bar is being converted into a Rexall - very fitting for the space (though now the drugs will be free). With just a few smaller friends and family and industry nights on the weekend, the bar went out with a bang, not a whisper, with a Farewell Closing Party on Thursday night.

I'm no stranger to the Brunny. When I first moved to Toronto, I was invited to a friend's birthday party that took place at the Brunswick House. As a newcomer to the city, I imagined something cosmopolitan, with expertly crafted cocktails, maybe some tapas or perhaps some civilized conversation. 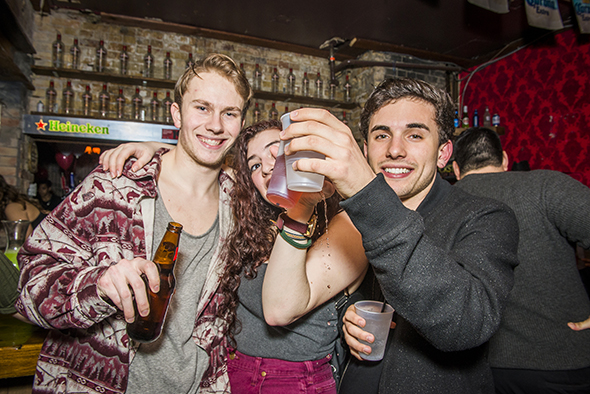 The Brunny was the exact opposite. I ended up spending all my cash, including my carefully set aside taxi money, on tequila, and found myself on the stage with a bunch of my friends. As someone who spent their formative years watching LOST and studying for the online Jeopardy! test, my dancing was best described as a palsied shuffle.

A girl immediately came up to me on stage and spent the next half hour showing me how to pole dance. It was initially a little weird and I didn't quite get it, but I was grateful for her warmth and friendliness in what felt like a cold, unfriendly city. 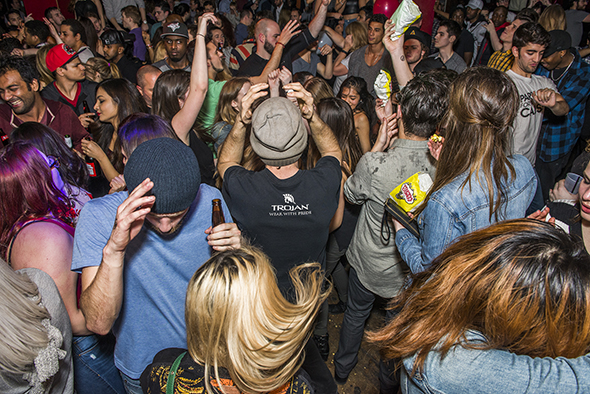 The Farewell Closing Party at the Brunny on Thursday was similar to that first night, but even crazier. With a line out the door, the Brunny was absolutely packed with people ranging in age from could be my parents to could be my daughter if I was popular enough to get pregnant in high school.

The music was the perfect pump-up jams, with Selena to Smashmouth and everything in between. There were people dancing on the stage, there were people jamming on tables, and one gentleman in a leather jacket ran up the stairs to the second level during Hypnotize to gaze out across the throbbing snake pit of dancers and hold up his two Coronas, Lion-King style, for the mass to admire. 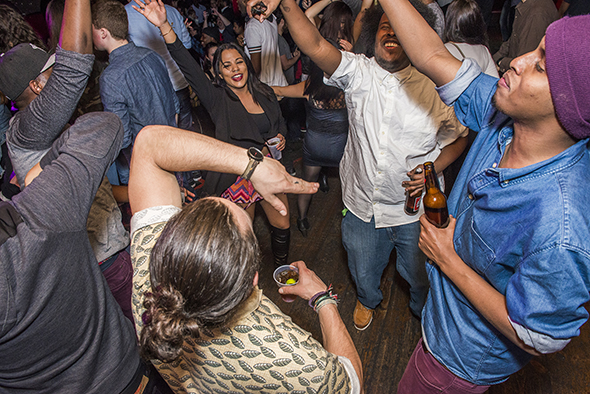 With a heart full of nostalgia and a head full of Biggie, I decided to get a tequila shot for old times' sake. The shot was clearly advertised as $4.50 (a reasonable price for a shot) but the bartender charged me $7.50 (not unreasonable but would make me reconsider a post-bar snack).

I asked again, but she repeated her number, and I just handed over the extra $3 instead of arguing (Flaming Hot Cheetos would have been a mistake anyway). As I paid up, two girls next to me rolled their eyes and sighed. "What the f*ck," the girl in a transparent crop top said under her breath to me. "It definitely says $4.50." 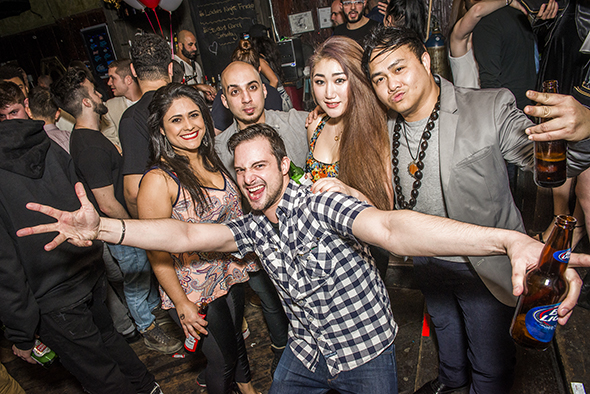 "Yeah," the one with heavy eyeliner replied. "That's f*cking bullshit". We chatted vaguely for a bit before the Fresh Prince of Bel Air came on and I faded into the background to avoid having to reveal my palsied shuffle dance and ruin the moment.

Like my unsolicited dance instructor, the eye-rolling girls encapsulated what people love about the Brunny. The Brunswick House wasn't popular because it was fancy (it wasn't) or nice (it really wasn't) or especially cheap (it definitely wasn't for me). 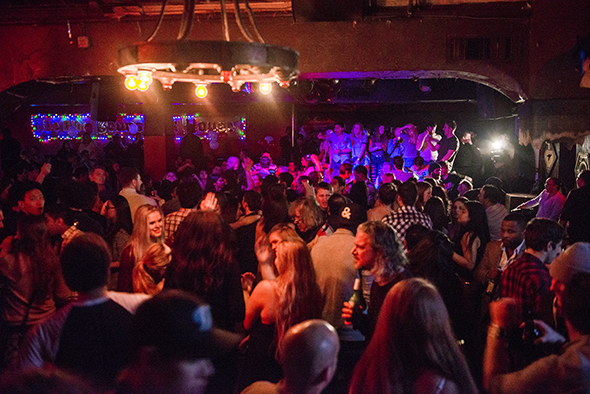 The Brunny was great because the people that went there created a fun camaraderie, an overarching vibe of outrageous fun. Whether you were a first time pole dancer, getting (slightly) overcharged, or just getting absolutely trashed, there was always a feeling that you weren't doing it alone. 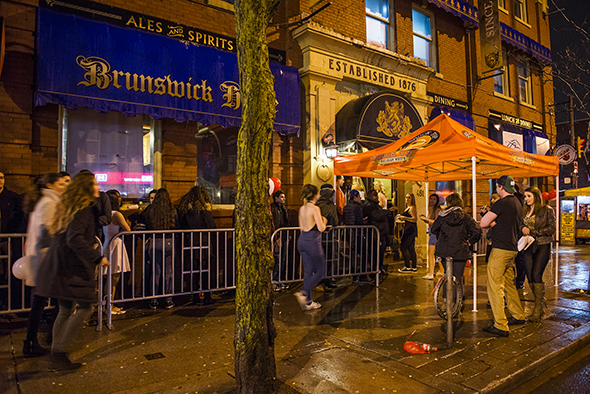