Steer Inn Burgers closes after half a century in business

Steer Inn Burgers recently served its last orders of poutine, onion rings, steak on a bun and gyros to a lineup of loyal customers that extended out the door. The turnout was so great that by 6 p.m. the food had run out.

Owners Nick and Mike Sofos along with partner Ted Theodoridis, thanked the crowd for their years of loyalty as they hung up their white aprons for the last time.

The iconic Richmond Hill restaurant had been in business for decades supplying late night crowds and morning commuters with burgers and plates of bacon and eggs. Before closing, it still sported decor from another era with its array of ceiling planters and orange leather seats. 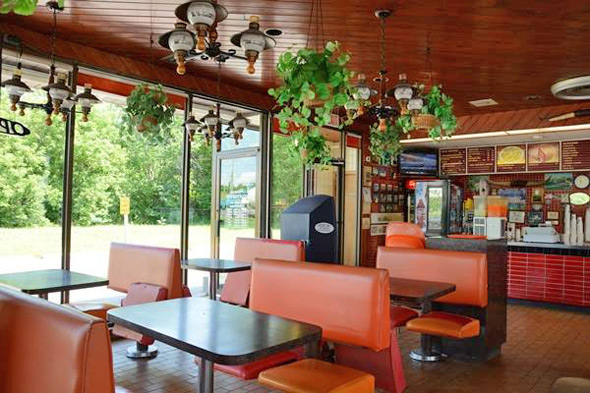 Built in the 1950s, the roots of the Steer Inn can be traced back to the original property that stood on the site, which was known as Fred's Burgers. In 1961, the restaurant was renamed Steer Inn and nine years later, Mike Sofos began commuting to Richmond Hill from the Danforth to work at the restaurant. His brother, Nick, joined him shortly after.

In 1977, when the opportunity to buy the burger joint presented itself, the brothers - along with Ted Theodoridis and the late Tom Margaris - purchased the restaurant and have owned it ever since. In the decades that followed they flipped burgers and poured milkshakes in a town that transformed from rural farmland to a bustling suburb. 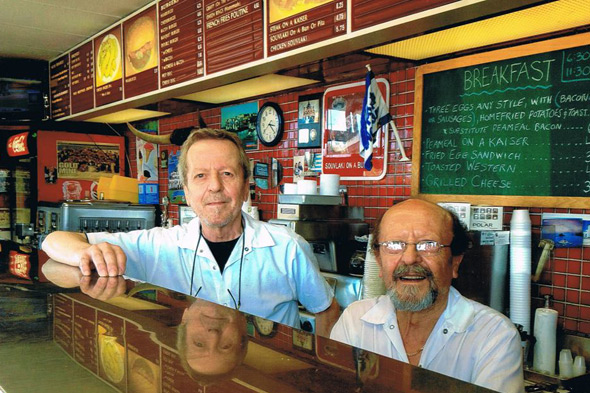 Along the way, the restaurant's menu incurred only slight changes such as the addition of souvlaki and gyros in the 1980s as well as breakfast to serve the morning crowd. Even as eating habits changed, Steer Inn's greasy delights still held appeal to those looking for a great burger and onion rings.

Part of the magic of the Steer Inn was their ability to serve and connect with generations of patrons. Their Facebook page has been flooded with memories from long time customers. Newfoundlander Madelene Stratton Janes says the Steer Inn was always her "first stop upon visiting Toronto."

As the Toronto area has evolved, the Steer Inn remained a constant pillar for the community of Richmond Hill. John Sofos says that the family of owners - well into their 60s and 70s - worked "seven days a week without missing a beat since 1969" and decided that it was finally time to retire.