You can now buy beer at Toronto supermarkets

After years of speculation and discussion, beer has finally landed in a select group of Ontario, and Toronto-area, grocery stores today.

However, don't expect a massive selection. The beer is limited to two end-aisles. One carries major brands such as Corona, Heineken, Budweiser and Canadian. The other stocks craft beer like Amsterdam, Steam Whistle and Lake of Bays Brewing Company. 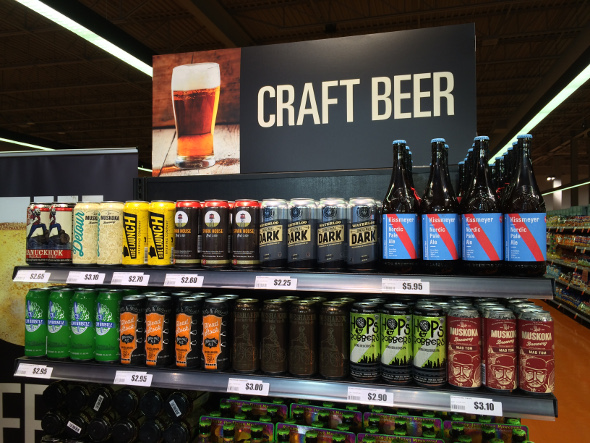 At the Leslieville Loblaws, for instance, you'll be able to purchase beer from 9 a.m. to 11 p.m. Monday through Saturday. Sunday hours are limited from 11 a.m. to 6 p.m. 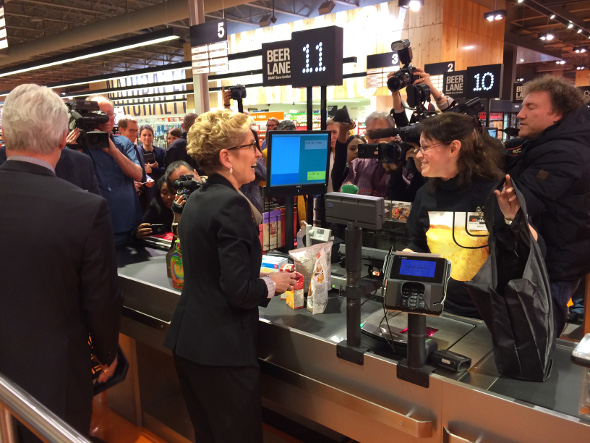 Today, Ontario Premier Kathleen Wynne made a quick stop at the Leslieville Loblaws and picked up a six-pack of Collective Arts Rhyme and Reason. 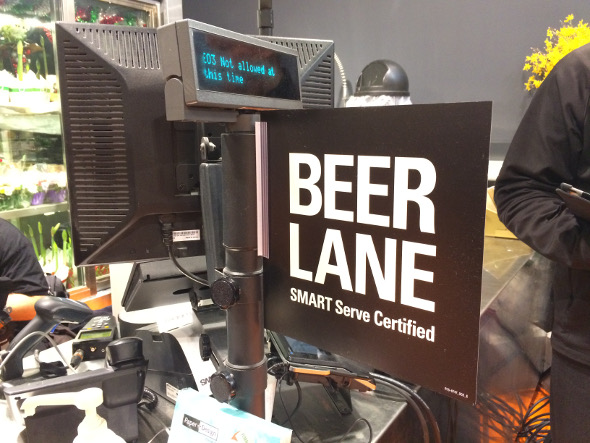 Remember, you can buy only six-packs, as well as individual cans and bottle, from supermarkets. Up to 60 Ontario grocery stores are expected to starting selling beer before the end of the year; 25 such stores will be in the GTA.