Today was the final turkey giveaway at Honest Ed's

The 28th annual Honest Ed's turkey giveaway happened this morning, and it brought its usual festive madness to the corner of Bathurst and Bloor.

Despite the miserable weather, hundreds of people from all over the city waited in a lineup that wound west from the shop's entrance at Bathurst, down Markham, east on Lennox and back up Bathurst. 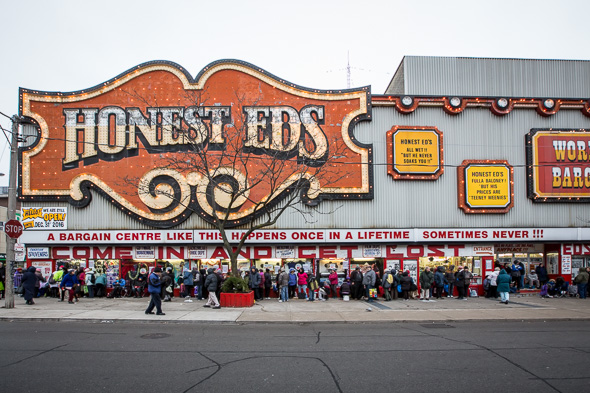 The first person in line said they'd been waiting since 9:55 a.m. Saturday morning. (He later received not only a free turkey and fruitcake, but also a platter autographed by David Mirvish and a bundle of tickets to Kinky Boots.) 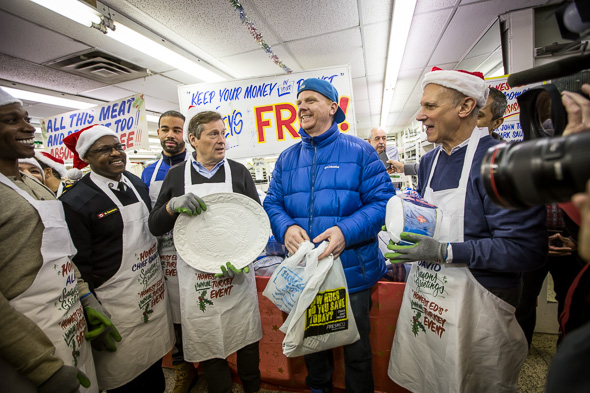 The fun began at 9:30 a.m., when David Mirvish and his "guest assistants" - among them Mayor John Tory, Chief Mark Saunders, Blue Jays center fielder Dalton Pompey, Michael "Pinball" Clemons, the cast of Kinky Boots and other local stars - filed into the designated turkey-dishing zone, a clearing in the middle of the third floor women's section. 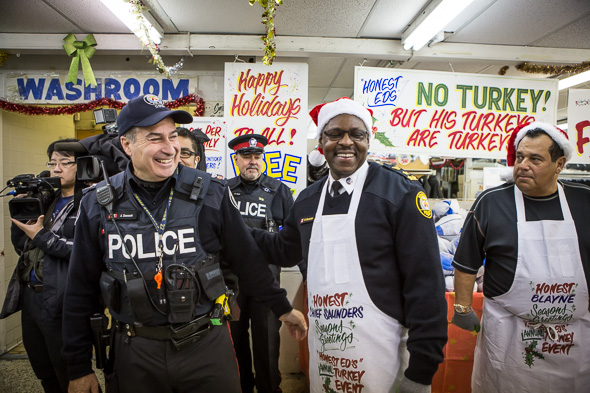 Decked out in Santa hats and personalized aprons, the team looked as cheery as the trademark signs that hung overhead ("Honest Ed is in a fowl mood!"). 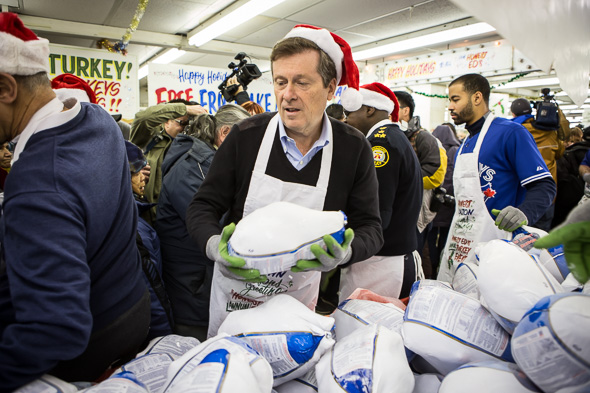 Spirits were high, and it was obvious that everyone, not just families in need, had been looking forward to this: media members who've been covering the event for years reconnected with longtime Honest Ed's staff while some of the Toronto icons in the room bonded and reminisced about memories with Ed himself. 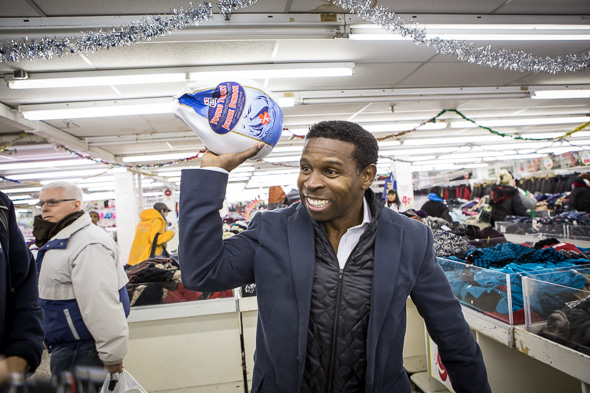 Clemons was the happiest of everyone, pretending to throw a turkey like a football before sidling up to Chief Saunders and exclaiming "Chief! Good to see you, baby!" 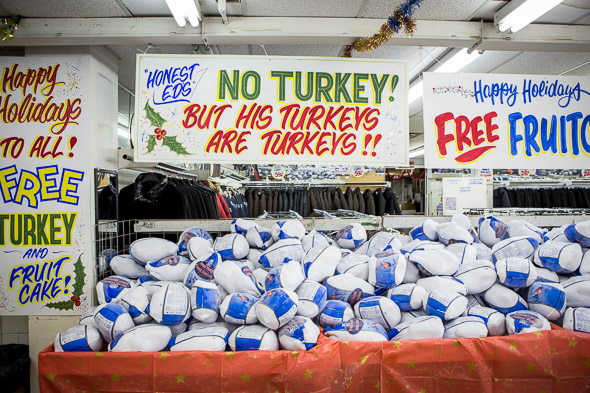 When the line finally began proceeding at 10 a.m., people who had been waiting for hours accepted their turkey and fruitcake - although to everyone's amusement, a bunch of people turned down the latter - and the 14,000 lbs. of turkey and 1,500 lbs. of fruitcake slowly dwindled. 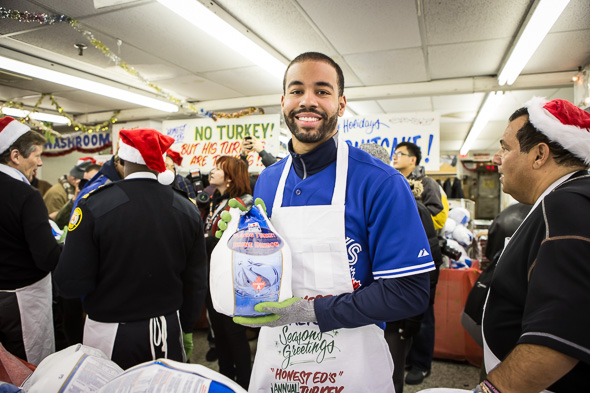 The turkey giveaway is one of Toronto's most-loved holiday traditions, and this year's was particularly poignant as the city prepares for the closure of Honest Ed's next year. But Mayor Tory promised that although this is the last time the event will be held at the emporium, it won't be the end of it. 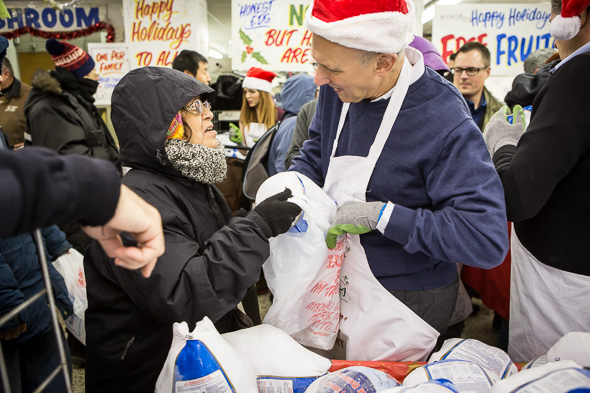 "David Mirvish is working with people in the city to find another place to carry on this tradition," said Mayor Tory. "It makes a lot of Torontonians happy, and it makes me happy." 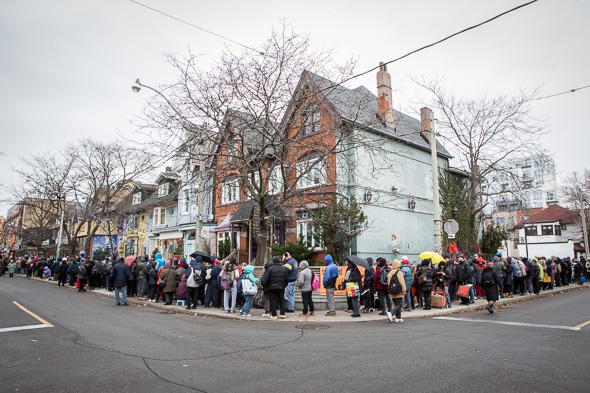