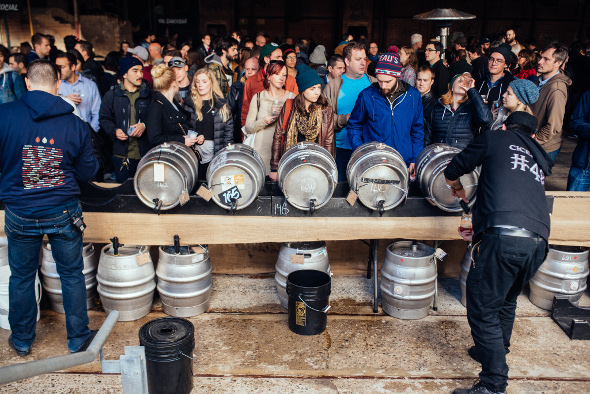 The event, which started out on Bar Volo's patio with 21 casks has grown significantly in size and scale. This year, beer aficionados polished off 350 kegs of unfiltered and unpasteurized "real ale" from 125 different local and international breweries. 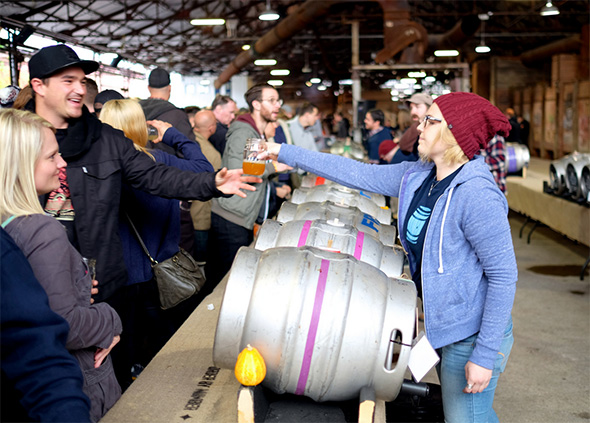 It was a quintessential fall day when I made my visit to the Sunday session. With the sun shining, a few beer samples quickly masked the slight chill in the air. Numerous DJs provided the soundtrack for the weekend and local artist Andrew Kidder, also known as Rcade Wizard, created a hand-lettered sign on site. Thanks to the numerous food vendors the whole place smelled faintly like a campfire. 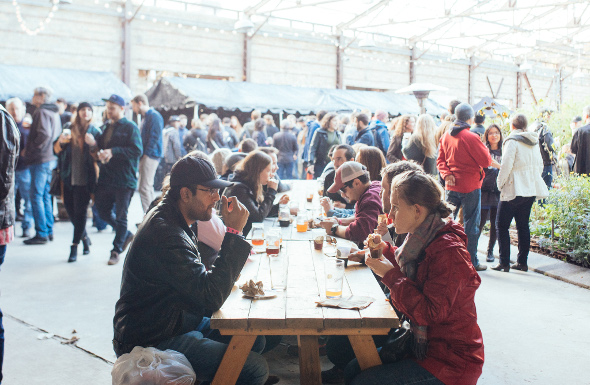 While there was plenty of Ontario craft beer available, including familiar names such as Mill Street and Great Lakes Brewery, the festival teamed up with the Seattle-based Elliot Bay Brewing Company to showcase more than 30 beers from Washington state. Beer lovers could also taste brews from California, New York, the United Kingdom, Nova Scotia, PEI, British Columbia, Alberta and Quebec. 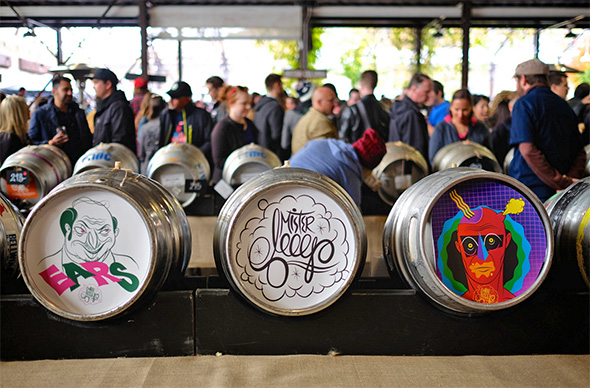 Along with IPAs, porters, stouts and ales, many brewers brought rather experimental beers as well. These included a lemongrass, ginger and Szechuan peppercorn IPA from Buffalo's Flying Bison Brewing Company, a chocolate and salted-caramel milk stout from the Wild Beer Company in the U.K. and a peanut butter milk stout from Great Lakes and Bar Hop. 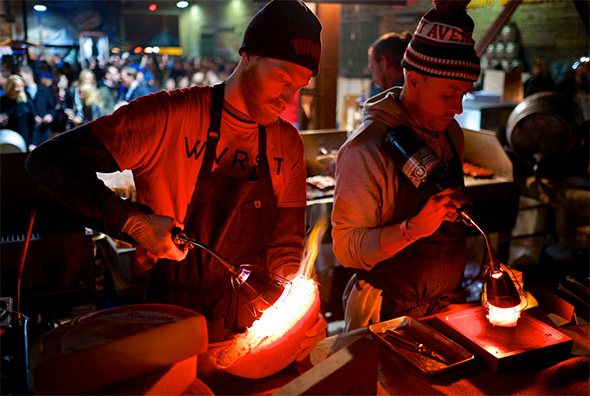 A select group of Toronto restaurants were on hand to help soak up all the beer. Brando's Fried Chicken seemed to be a crowd favourite. To provide quintessential beerhall eats, Wvrst cooked up sausages topped with hand-torched raclette cheese. Porchetta & Co. offered its eponymous sandwich and 416 Snack Bar served roti. 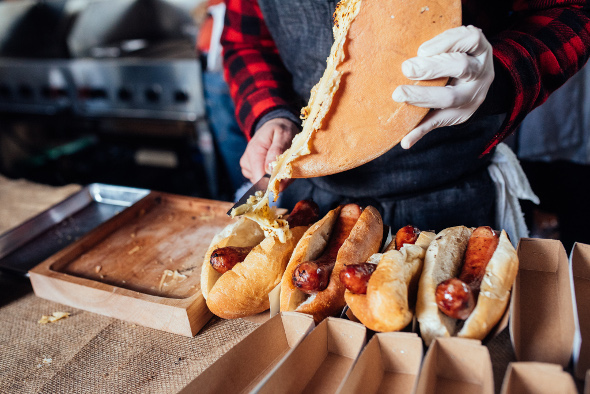 I walked around the event with a pretzel in hand and contemplated refuelling with a cappuccino from Boxcar Social, but I ended up choosing more beer. After all, Cask Days comes but once a year.

How was your Cask Days? Let us know in the comments.