Someone traded a pizza for the Rancho Relaxo sign

How much would you pay for a much loved Toronto sign? In August 2014, the giant Kromer Radio sign went up for auction and earlier that same year, thousands of Torontonians stood in line for hours to purchase hand-painted advertisements from Honest Ed's -- another Toronto institution that's set to disappear. 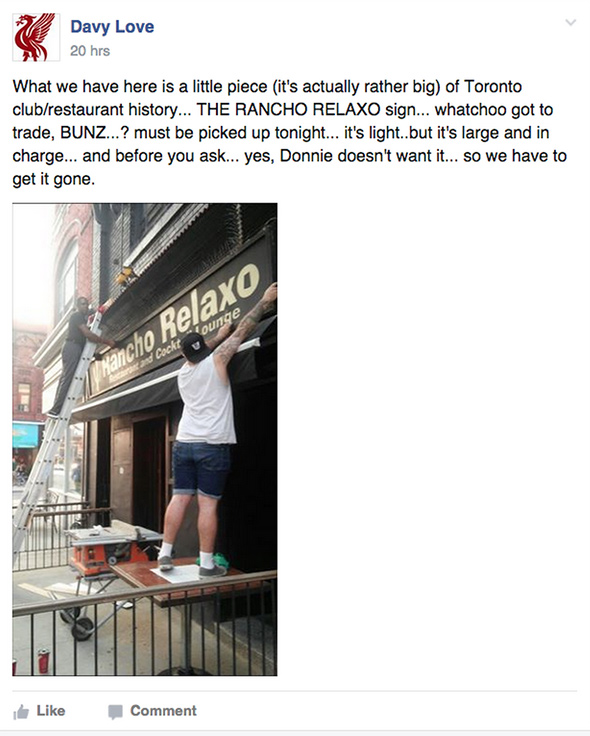 Yesterday, Davy Love (of Bristol fame) swapped the Rancho Relaxo sign for a pizza on the Toronto Facebook group Bunz Trading Zone, reports NOW Magazine. Bunz is an online group that lets you barter for an assortment of goods -- from booze to, as it would happen, restaurant signs.

Rancho Relaxo closed its doors on August 15 after 18 years on College Street. Love is turning it into the Old Laurel, a pub and soccer bar that'll focus on British-style fare. True to Rancho Relaxo's roots, it'll also show live music.

What have you traded on BTZ? Let us know in the comments.