Toronto's first-ever dessert festival was small, but it had heart. Sweetery Toronto took over a Portland and Wellington parking lot this past weekend, where 22 vendors spent two days dishing out their creative interpretations of dessert.

Admission was free, and the turnout was much busier than the planners had anticipated, with an average of 115 newcomers flooding the grounds every 10 minutes. Unsurprisingly vendors ended up running out of their most popular dishes by the time evening rolled around. This, it would seem, is the pitfall of many Toronto food fests. 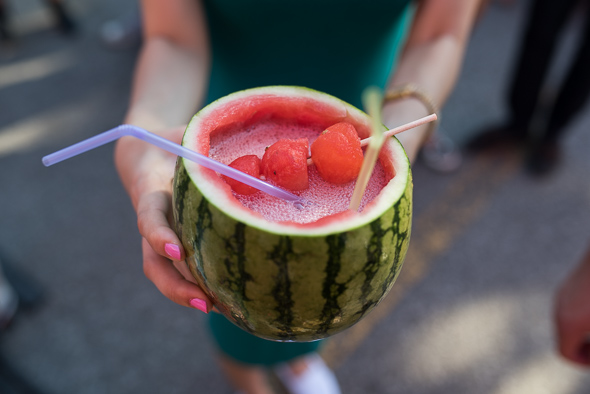 Despite the later shortages, the crowd was in good spirits throughout they day as they sipped watermelon slushies, munched on design-your-own ice cream sandwiches from the Sweet Spot ice cream truck and downed handmade butter tarts from Beverley's Bakers.

The heat wave was tolerated with the help of two shaved ice stations (one of which, Sweet Snow, is a passion project of one of Fuzz Wax Bar's co-founders). 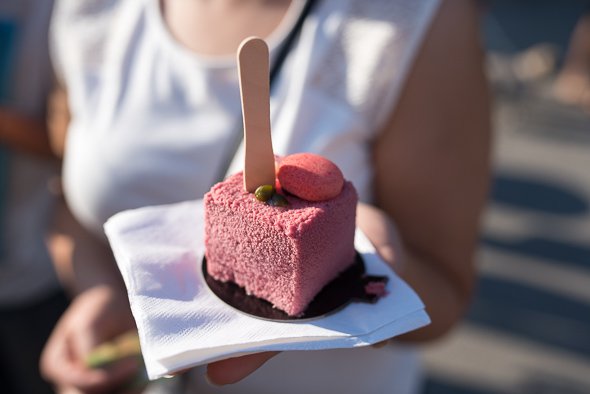 Bloomer's accommodated the vegans in the crowd, while I Love Puffy Love served up bespoke marshmallows and the George Brown pastry chefs' table was dishing out student-designed confections like chocolate towers, tarts and Snickers-esque bars. 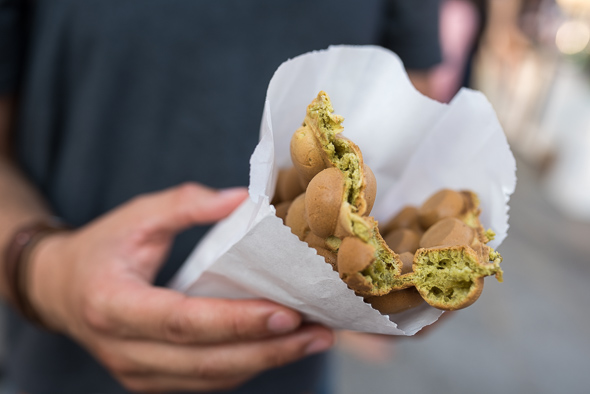 MasterChef Canada's Christopher Sui was also there on the Saturday, serving his own three flavours of macarons: Hong Kong-Style, Milk Tea and Lemon Coke. He ran out by 5 p.m., having exhausted his two days' worth of offerings, so he wasn't able to come back on the Sunday. 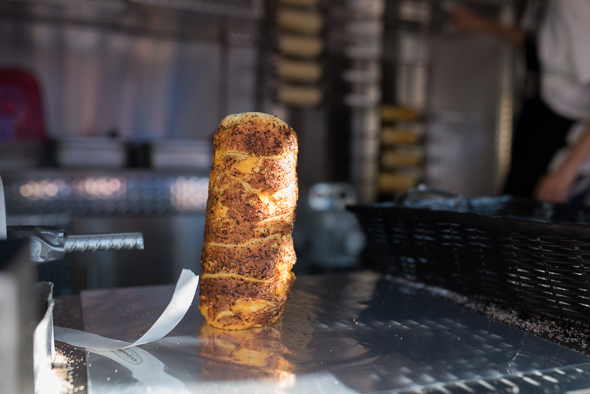 Many of the vendors were new, having been open for under a year. One of the relative newbies happened to have the longest line in the place was Original Chimney's, which serves up Hungarian-style "chimneys" (basically pastry tubes cooked on a rotisserie and stuffed with Nutella). There was more than a 30 minute wait for these. 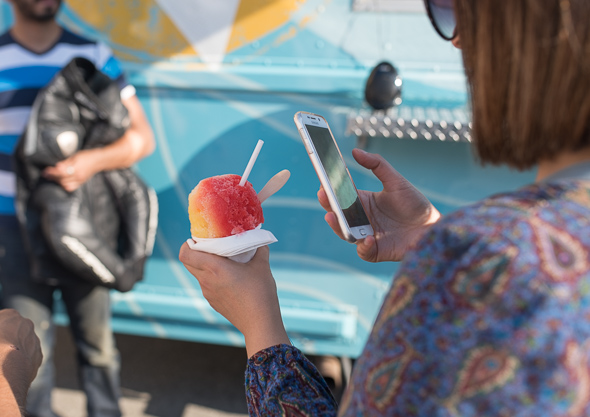 The festival's partnership with SickKids gave sweet-tooths ample excuses to indulge: people were buying their way into challenges like the "Test Your Taste Bud" and hourly rounds of pi単ata, and the proceeds from both went straight to the hospital. A partnership with George Brown saw purchases from its booth go towards study abroad programs. 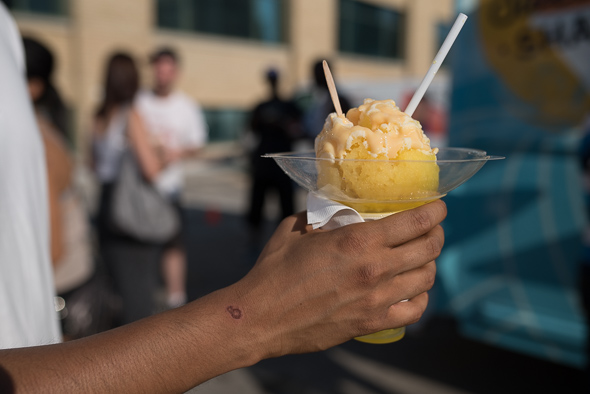 Sweetery did its job in getting over 16,000 people thoroughly high on sugar this weekend, but the venue space could have been a lot bigger, and more selection wouldn't have hurt, either - for a dessert festival, there wasn't exactly an abundance of options, and there were some surprising redundancies among vendors. 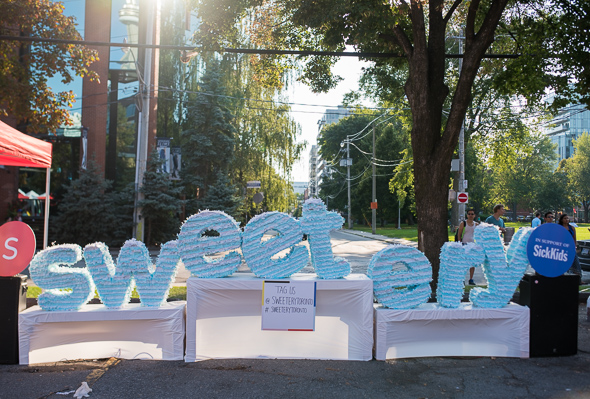 Fingers crossed that its second year is even bigger and better than its sweet-and-sour inaugural weekend.