The good, bad & the ugly of Vegan Food Fest in Toronto

The inaugural Vegan Food Fest took place this past Saturday on the grounds of Fort York and from the onset, the outdoor festival seemed like it was going to be great; the day was blessed with sunshine, the atmosphere was super laidback and there was plenty beer and wine on offer.

And it was fun... at least for the first few hours anyway... then the food ran out resulting in hangry crowds of ravenous vegans. Here's a photo and social media round-up of the good, bad and the ugly of the Vegan Food Fest in Toronto. 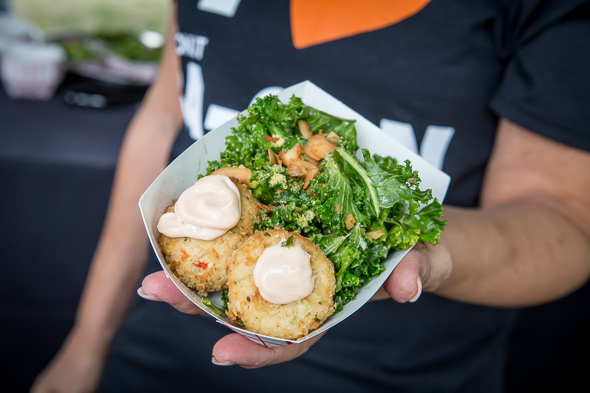 Seeing our local faves
It was great to see Doug's Public Kitchen, Pleasantville Creamery, Cardinal Rule, YamChops and Bloomer's in one place. 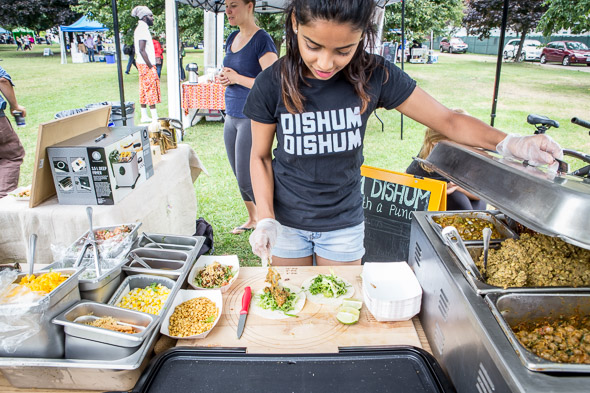 Vaffles, Dishum Dishum, and Wood & Water Foods were all new finds for me.
Discovering vegans from south of the border
Good on you Vegan Fest for introducing us all to LA's Doomie's, and Charlie's Brownies.

There was... a vegan Big Mac 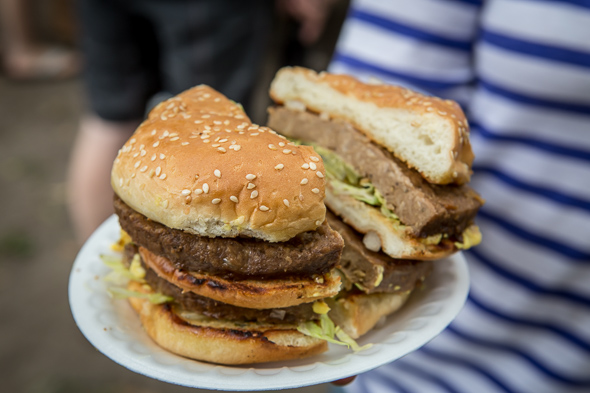 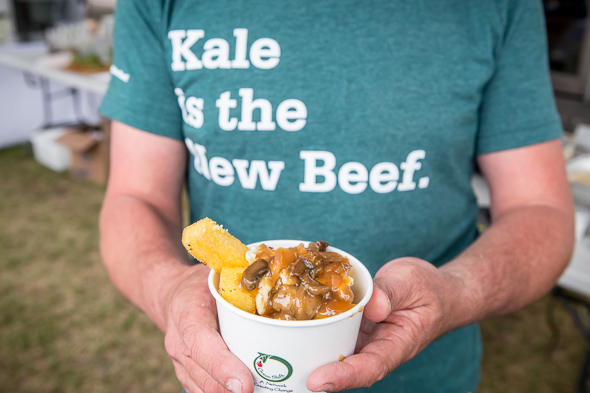 This vegan version of McD's signature sandwich from Doomie's Home Cooking was a festival favourite. 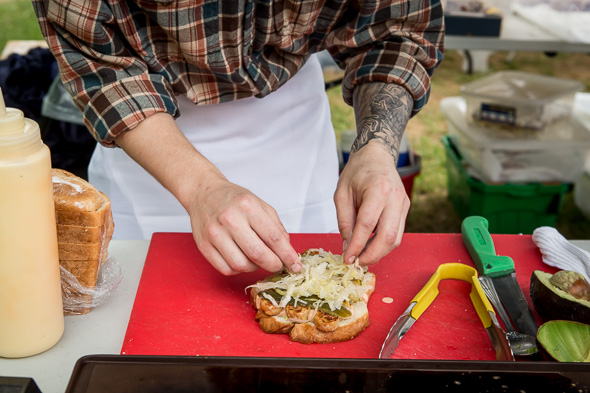 Pickles on a Stick 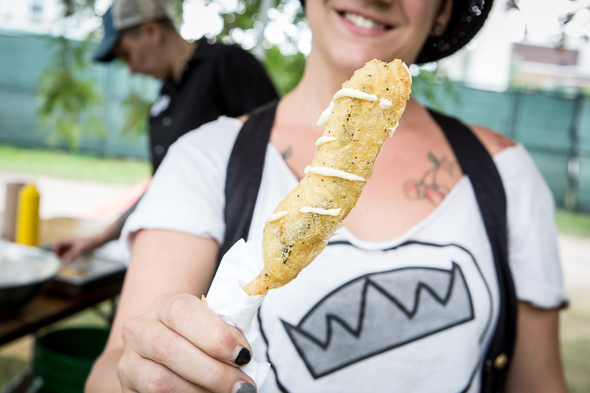 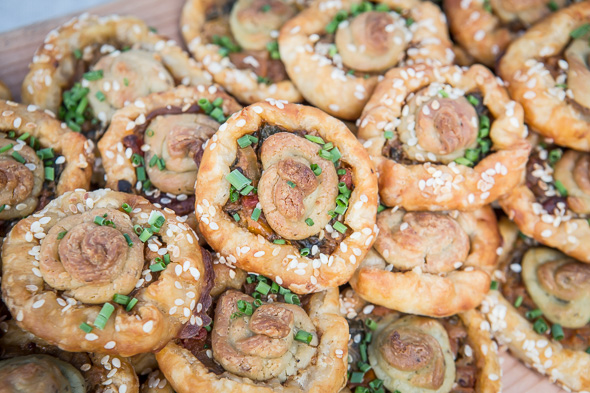 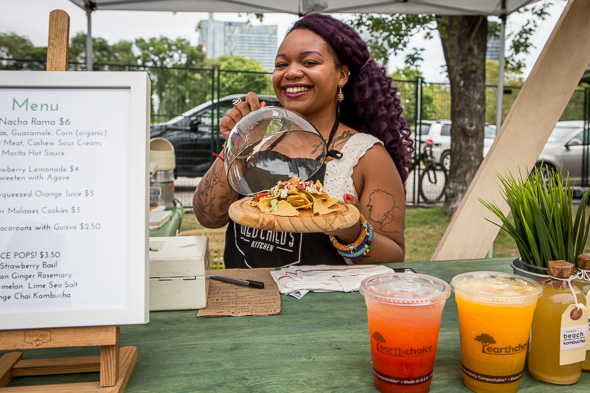 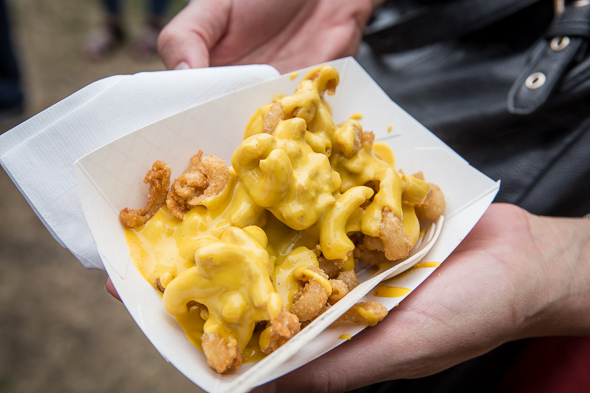 Nona's cheesy, saucy macaroni dish was a favourite with crowds. 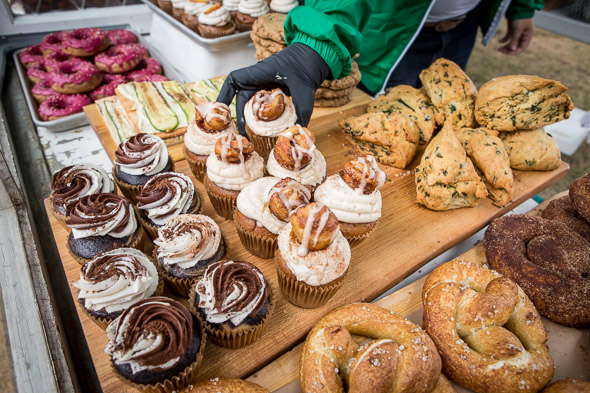 Lack of signage
Signs to the event? A banner marking the entrance? A directory of vendors? How about posting the ingredients for each dish? All of these basics were in short supply.

@TOVeggieMeetup @veganfestto The lines were Hours long. Food was way overpriced & not good enough to justify the cost/time. Not going back

After 2 hours in line, food is in sight. So excited! #VeganFestTO pic.twitter.com/rwZj4NE6CI

Only thing I didn't like was how long the lineups were. I didn't eat anything I wanted to try. #VeganFestTO

Food sold out just hours in

This wasn't the clusterfuck that was Mac & Cheese fest, but this was a ticketed event billed until 7pm and a lot of the food was gone by 4:30pm.

Starting to mind a lot that I'm still in line and have yet to eat anything. Meanwhile, I see vendors packing up #veganfestto

How was your Vegan Food Fest? Let us know in the comments.