That time Mr. Sub captured our hearts with hoagies

Yorkville, 1968. Toronto's counter-cultural and musical heart is located northwest of Yonge and Bloor. Decades before the arrival of high-end boutiques and tony condos, folk music drifted from the crowded bars and coffee shops at night. At 130 Yorkville Ave., steps from the legendary Mynah Bird and Riverboat cafes, the first in what would become a nationwide chain of fast food franchises served up its inaugural sandwich. Mr. Submarine had officially surfaced.

Founded by friends Jack Levinson, a gym teacher, and Earl Linzon, an accounting clerk, with $1,600 start-up cash, the first restaurant was located on the ground floor of a converted Victorian home row house. In the front bay window, workers in crisp white shirts worked over trays of ingredients. Long-haired, shoeless young men lounged on the steps outside, despite a sign telling them not to.

"Giant submarine sandwiches," read a sign in the window. 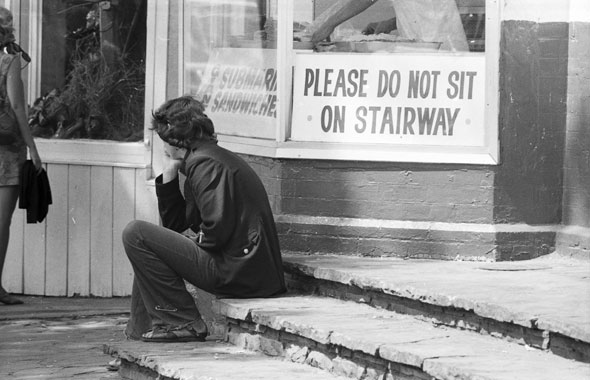 "We only has a six-month lease," Linzon told the Globe and Mail in 1993. "We were hopeful, of course, but we really weren't looking at the concept as a long-term thing. Initially, I thought the whole thing might be a fad. We were looking to make some quick money and run."

The submarine sandwich--alternatively "hoagie," "hero," "zeppelin," "blimp," or "grinder," depending on the city--has its origins in the Italian neighbourhoods of New York, or maybe Philadelphia (it's a contentious issue.) In Toronto, early purveyors included Eddy's Tavern on Eglinton Ave., Moby Dick on Weston Rd., Bullwinkle's on Yonge, Manny's Delicatessen, and Nero's Heroes at Yonge and Gerrard.

Mr. Submarine was the best, according to Charles Oberdorf, a self-professed expert who in 1971 explained in great detail to the readers of the Globe and Mail how a real sub should be made. "All the other subs are frank imitations of the Mr. Submarine model," he wrote. (His full list of fastidious stipulations is at the bottom of the post.)

The 1960s and 1970s were a good time to launch a fast food franchise in Canada. With little to no competition from American brands, many well-known Canadian chains were founded in this period, including Tim Hortons, Pizza Pizza, and Second Cup.

The area around Avenue and Bloor was particularly fertile. Three famous Canadian restaurants found their footing within a short walk of the interection. The first Harvey's and Swiss Chalet franchise locations were launched side-by-side near St. George in the late 1960s. 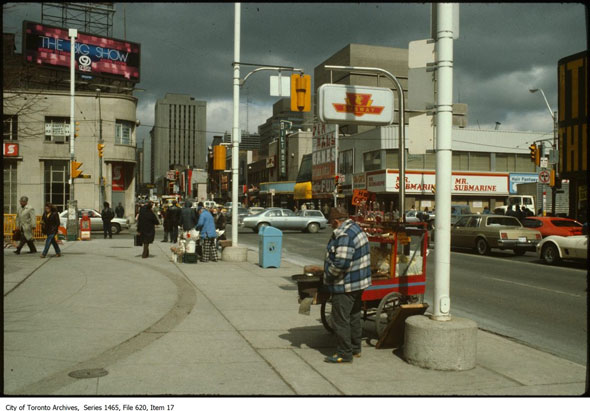 Success for Levinson and Linzon was rapid. Mr. Submarine opened 12 more outlets over the next four years, including the first franchise location on Avenue Rd., north of Lawrence. The company offered a money back guarantee if a franchisee didn't make money within the first year.

Through the 1980s the company became a runaway success, claiming a marquee location in Yonge-Dundas Square and running national TV ads, many of which have been lovingly preserved by Retronario and blogTO's Ed Conroy. Early slogans included "Whole lotta lubbin' for you," "Love at first bite." and "Good lubbin'."

By 1993, Mr. Submarine had 300 outlets across the Canada. The average franchise location, of which there were 292, averaged an annual turnover of $320,000, minus a $15,000 fee payable to the parent organization, according to a Globe and Mail report.

Stiff competition from U.S. imports like Subway and Quiznos increased in the company's third decade, prompting an expansion of the historically small menu in the 1990s. Seven variations increased to 18, and salads and deserts were also offered for the first time. Company policy was to resit change, however.

"We're sticking with what has seen us through for more than two decades," president Earl Linzon said in 1993 as Mr. Submarine prepared to expand into the U.S. and double its number of locations. "Our motto here is 'keep it simple, stupid'--and it works."

That optimism was to be short lived. Arch rival Subway's grip on the sandwich market continued to tighten, and the long-successful Canadian company began to show signs of struggling. By 2005, there were around 2,000 Canadian Subway locations compared to about 500 Mr. Submarines, fueling speculation of a buyout by Country Style, even if CEO Jack Levinson insisted otherwise.

"We've never, ever been for sale. We've had suitors off and on for probably 34 years. We'll entertain offers if they're from reputable people ... we've never solicited," he told the Globe and Mail. Meanwhile industry analysts wondered how the company had allowed Subway to grow so fast. "They were the big guy. They owned the market and let it go," said Doug Fisher, president of Toronto consulting firm FHG International.

In 2011, Mr. Submarine was purchased by MTY Food Group, which by then also owned one-time suitor Country Style, for $23 million cash. The company officially shortened its name to Mr. Sub and now oversees around 300 locations, roughly the same number as in 1993.

What makes a perfect submarine sandwich, by Charles Oberdorf. 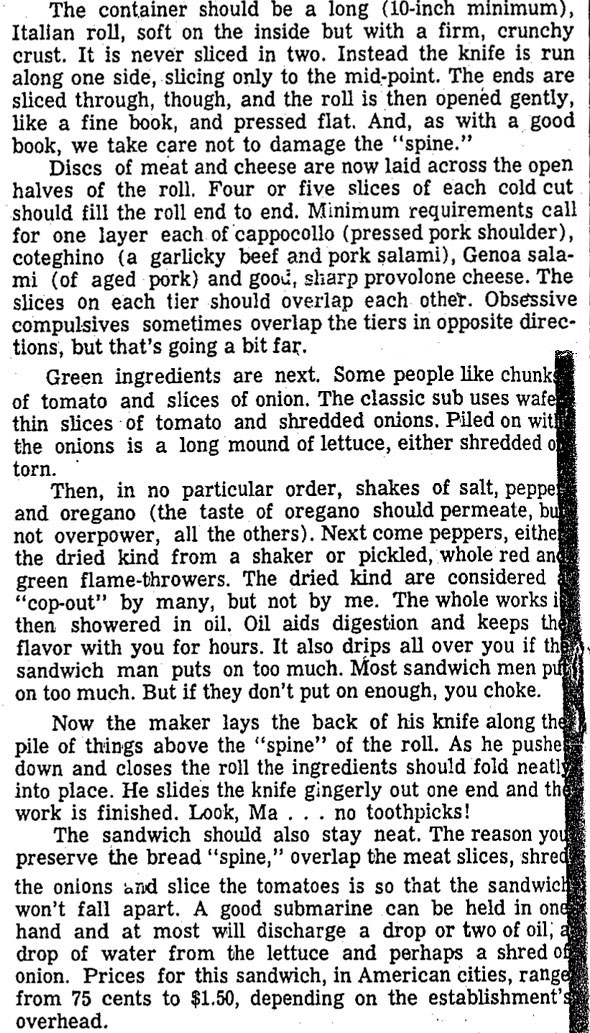