For local lovers of gourmet groceries, this news is the pits: Olive & Olives has shut down both of their Toronto locations. At the Montreal-based chain's Riverside location, a notice dated March 14 (posted below) states that the property had been repossessed by the landlord, and shoppers reported on Twitter the same day that their Market St. location opposite St. Lawrence Market had also been shuttered.

The owners remained mum on the reasons for the chain's failure in the city, but thanked supporters for their well-wishes on social media.

The company, which still boasts six locations around Quebec, arrived on Queen East in 2011, with the St. Lawrence location following as part of the Market St. revitalization in 2013. The chain focused - as the name might suggest - on jarred olives and top-notch olive oils, (with some commanding a price tag as high as $55.95), as well as artisanal vinegars and gourmet gifts. 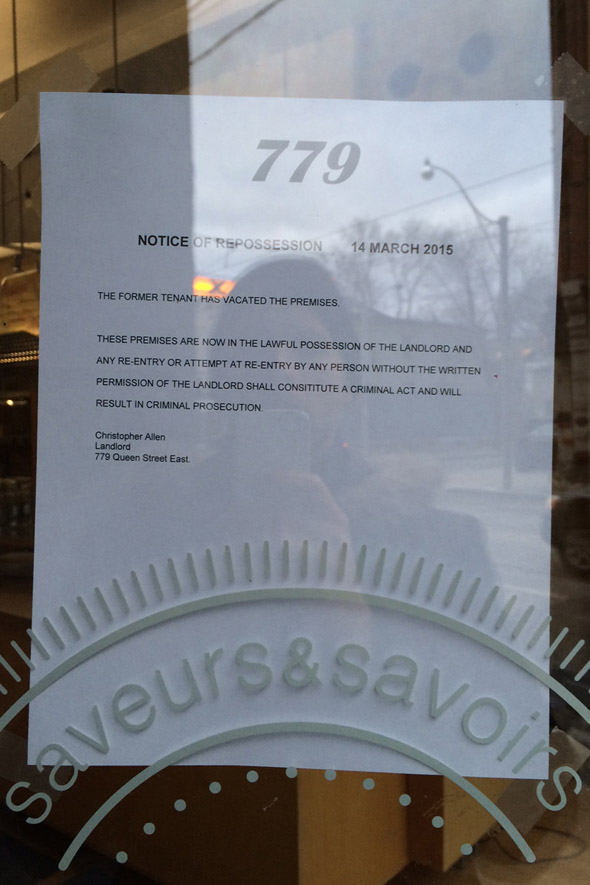 Did you give olive your love to Olive & Olives? Let us know in the comments.