East Toronto is so hot right now. At least, it is with brewers. On the heels of the announcement that contract brewers Left Field Brewery would be opening up a brick-and-mortar location on Wagstaff Drive comes news that yet another brewery will open in Toronto's east end - as early as this summer.

Muddy York Brewery has been quietly preparing their brewery at 22 Cranfield Rd. in East York. News of their impending opening broke this week when the company posted a brief introductory notice on their website on March 31, followed by some more details about their plans for a brewhouse yesterday.

Muddy York was founded by Jeff Manol, a homebrewer who took Best of Show at the 2013 National Capital Beer Week Homebrewing Competition and placed second in the 2013 Beau's Oktoberfest People's Choice Awards. The brewery takes its name from the early days of Toronto, when it was still known as York, and rains had a tendency to turn the unpaved roads into a muddy mess. As Manol will tell you, it's intended to be something of a nod to hard work and new beginnings.

In addition to being a prize-winning homebrewer, Manol is also a certified beer judge and has long been chronicling his brewing, recipes, and beer-related experiences on his blog, Hoptomology.

According to the Muddy York website, he's also "a gardener, planter of hops, canner/preserver, equipment builder and grower of the most amazing mustache east of the Don River." 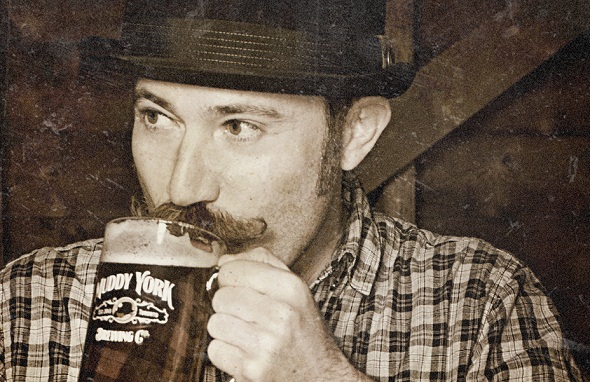 Muddy York's "introductory" lineup of beers will include Unearthed Amber, a 5.2% amber ale with a hint of caramel; Muddy York Porter, an easy-drinking 4.5% throwback to the "workingman's beer" of yesteryear; and Dereliction Double IPA, which seems to be Muddy York's obligatory hop bomb, boasting 8.2% ABV and a puckering 225 IBUs.

Manol tells me that an LCBO release is likely in his "medium to long term plans" but right now he's focusing on first steps. "Our initial brewhouse won't have the capacity for it," he says, "but it really depends on how the timeline unfolds. If we haven't increased our capacity (by the time we're ready for large-scale retail), we may look at our contracting options in order to meet the volumes needed."

In the meantime, the plan is to start by producing kegs for local bars and restaurants. As with most breweries, he's reluctant to name names before anything is official, but the smart money says that - at the very least - you'll see these beers popping up in Toronto's better beer bars. 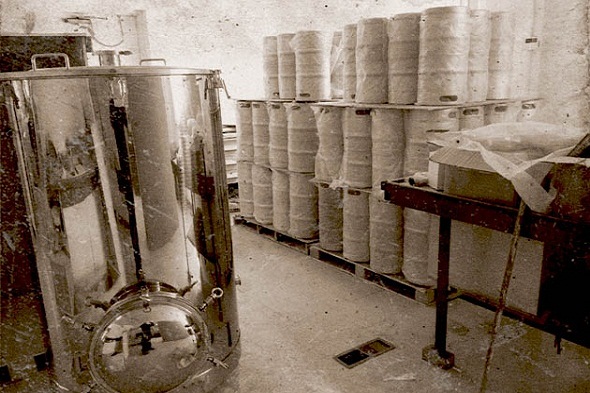 Manol also has plans for an onsite retail store and, for inspiration, admits he has been looking west. "I really like how Tom (Paterson) and Doug (Pengelly) have done things at Junction Craft Brewery. It's a place people can visit, buy locally-made craft beer and meet people with a similar passion."

Again, things are in the preliminary stages, but he's got some rough ideas. "At the very least," Manol says, "we'll have a bottle shop with 500 mL bottles as well as growlers, plus some Muddy York merchandise."

As for the ties to Toronto's history, Manol claims it's more than just a marketing gimmick. "I often look to the American craft brewers and ... pioneers like Anchor Brewing or Sierra Nevada. They represent more than just beer, they have a story, and that's very powerful," he says.

Ben Johnson also writes about beer over on Ben's Beer Blog. Follow him on twitter @Ben_T_Johnson to appease his constant and crippling need for validation.