2013 is the inaugural year of the Humber Bay Shores Farmers' Market, organized by the Humber Bay Shores Condominium Association to serve the booming condo community around Lake Shore Boulevard and Park Lawn. With the number of condo units in this area expected to double from 15,000 to 30,000 in the next few years, a market "was something we've needed for a long time," says Association board member Horst Richtor.

The market runs every Saturday morning 8am to 1pm until October 12th, and is located in a Green P Parking lot at Humber Bay Park Road West and Lake Shore Boulevard. There are currently about 15 vendors selling a solid variety of produce, meats, cheeses and preserves, with room to expand the market in the future. In its first season, the market seems to have quickly built a strong base of devoted regulars, who can walk over from nearby condos or stop in after a bike ride or jog along the surrounding trails.

Whether you're a nearby condo dweller or not, a trip to the Humber Bay Shores Farmers' Market makes for a relaxing and worthwhile Saturday outing. Nestled among lush parkland, the market has a notably peaceful atmosphere, with birds singing in the background, a cool breeze off the lake, and scenic views of Toronto's waterfront in the distance.

Here are some favourite vendors from my weekend bike ride out to the Humber Bay Shores Farmers' Market.

Eudora Fine Foods
Brampton resident Trevor Phillips told me his cousin started making curries and chutneys three years ago after growing tired of store-bought sauces that were high in sodium and not ready to use. Eudora's handmade, heat-and-serve curries come in mild, medium, and hot flavours, and are gluten-free ($6/250mL). A fellow market-goer (with high blood pressure, I learned) couldn't get over the low sodium content, while I could barely get over the heat of the mouth-watering Vindaloo curry. 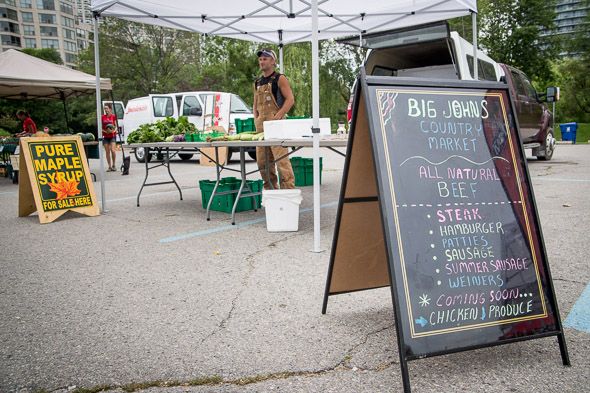 Big John's Country Market
Farmer Donny Rayd of Rayd Livestock in Mount Forest, Ontario sells all-natural beef products at the market, like ground beef, sausages, patties, and steak, as well as some poultry, veggies, and maple syrup. Rayd's four-year-old son John has muscular dystrophy, and so he started the market stand to help cover the associated medical costs. The meat is free of hormones and byproducts, and Rayd grows the animal feed himself--"everything they eat, I'd eat." After chatting with Rayd's adorable son and sampling his lean and flavourful hamburgers, I had to pick up some patties for weekend grilling ($4/2 or $15/8). 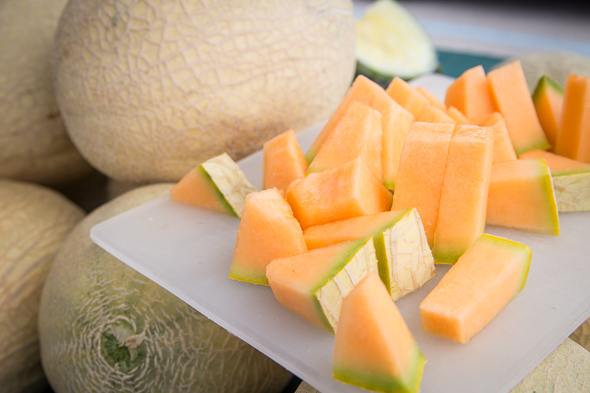 Thames River Melons
This family farm from Innerkip, Ontario offers a colourful and varied bounty of fruits and veggies at its market stand. This year's harvest includes zucchini, new potatoes, onions, sweet corn, melons, squash, raspberries, blueberries, and tomatoes. As a great added touch, Thames River offers recipe cards each week if you aren't quite sure how to prepare the seasonal produce you just picked up, or if you are looking for some new ideas. 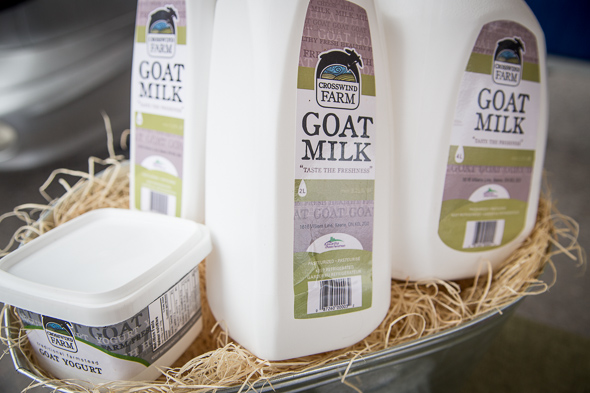 Crosswind Farm
Kevin and Cinthia Hope have been raising goats on their family farm in Keene, Ontario since 2007, free of growth hormones or antibiotics. Cinthia explained to market-goers that her husband tends to the goats, while she makes the cheese, which includes 14 varieties of soft chĂ¨vre in sweet and savoury flavours like maple cream, orange cranberry, toasted garlic, and Herbes de Provence ($10/250g). One regular declared that Cinthia "does the best Herbes de Provence," and indeed, the cheese tasted creamy, fragrant and fresh. Crosswind also sells goat butter, yogurt, milk, sausage, and soap at their popular market stand. 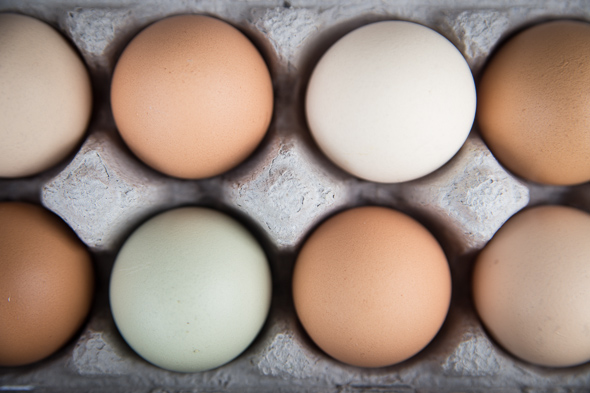 Murray's Farm
Market organizers proudly told me that celebrity chef Jamie Kennedy only buys eggs from this Cambridge farm, which I later confirmed with Mr. Kennedy himself (via Twitter, of course). You can pick up Jamie-approved, heritage free-range eggs at the market, which come in a beautiful mix of brown, white and speckled varieties in every carton ($8/dozen large, $9/dozen extra-large). Murray's Farm also sells duck, turkey and goose eggs, as well as Berkshire pork, grass-fed lamb, and homemade preserves. 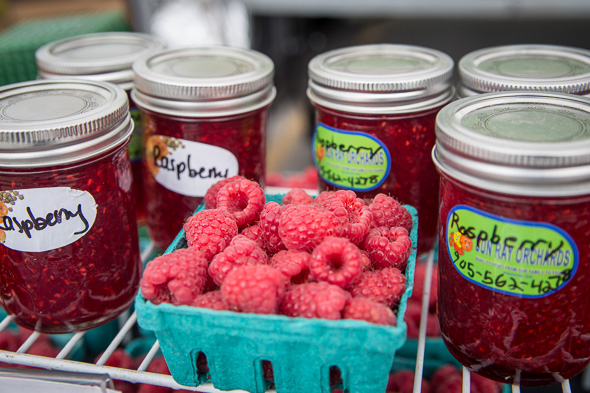 Sun-Ray Orchards
This Beamsville family farm has been around since 1942, and sells a wide range of fruits and vegetables at the market. Farmer Larry Short told me that fruit is really their focus, and this season will bring sweet delights like cherries, berries, plums, peaches, nectarines, and apples. The stand also sells homemade tarts and fruit pies ($5 for a 6-inch pie and $12 for a 10-inch pie). I couldn't resist picking up one of their strawberry pies during my visit, with its vibrant red filling bursting through the pastry topping.

Potager duKanada
This is the third season for Iqbal and Sanndhea Mauthoor's Brampton family farm. They got going with the help of the Toronto and Region Conservation Authority and FarmStart, an organization that supports a new generation of ecological farmers. This small-scale farm produces vegetables, herbs and honey using organic methods, free of herbicides, pesticides or synthetic fertilizers.

Daniel's Farm
Humber Bay Shores is the only Toronto market to sell vegetables grown on Daniel's 5-acre Holland Marsh farm. Daniel started his hobby vegetable farm about 10 years ago, and he and his family grow their produce without pesticides or herbicides. This season he'll have a wide range of vegetables at the market like carrots, beets, bok choy, kale, spinach and tomatoes. 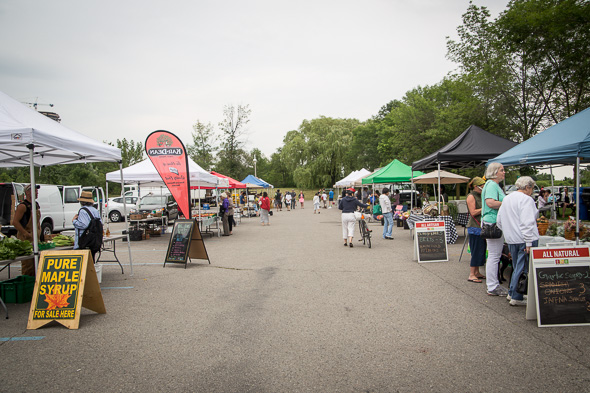 The top 30 butcher shops in Toronto by neighbourhood

The rarest coffee in the world is now available in Toronto